Amy Burt, who directed This Boy, died in 2003, one year after the release of the short film. The film is semi-autobiographical. 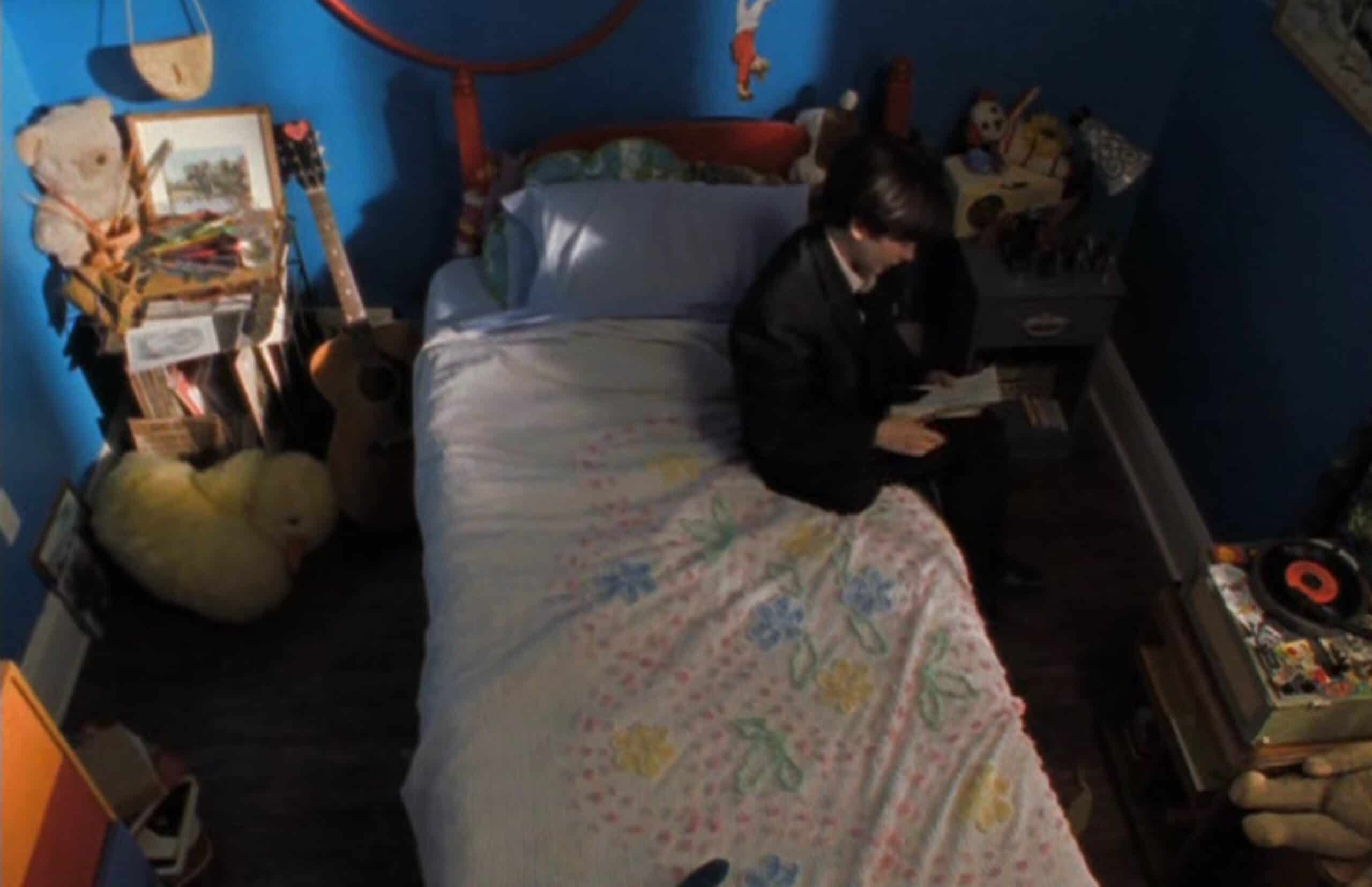 Abbe Robinson’s The Piper and Amy Burt’s This Boy present different secret worlds, related in their queerness and their hope, the excitement of discovery and the fear of being uncovered. She Likes Girls was a series of six short movies unified by their sapphic interests and intimacy. Set in a range of eras, from the 1960s and 70s to the modern day of the early 2000s, the shorts tell stories of magic, of childhood, of budding and breaking romance.

She Likes Girls was also my first marked experience with the online magazine, Film Threat, and while none of us need an education on why you need secret places, Film Threat provided a powerful reminder for me.

The same review, uploaded by “admin,” and without a clear byline, which says, “like every hot blooded guy, I feel lesbianism should be examined, praised, and encouraged. Especially during Mardi Gras,” accuses that one of the anthology’s films, “fetishes [sic] its main characters more than it does portray them as human. Two awfully gorgeous women.”

That same review criticizes Tamika Miller’s Sarang Song for having a “blurry moral,” and affecting that the focus on immediate racial politics is less appropriate or quality than the white-people-with-white-people films.

I do not know who wrote the review, but I have been wary of them and of the magazine which ran it, its publisher, the editors, admins, et al, ever since.

Early in The Piper, the title character, a pied piper who has come to free a woman from roaches and pests, whose music causes queer women to swerve from their daily life and follow her, from old to young, tells our protagonist, “I’m not real,” and it is not only a cheeky non sequitur, a phrase without meaning, it is evocation and invocation and inculcation.  It is part of, and is, a spell. Magick. 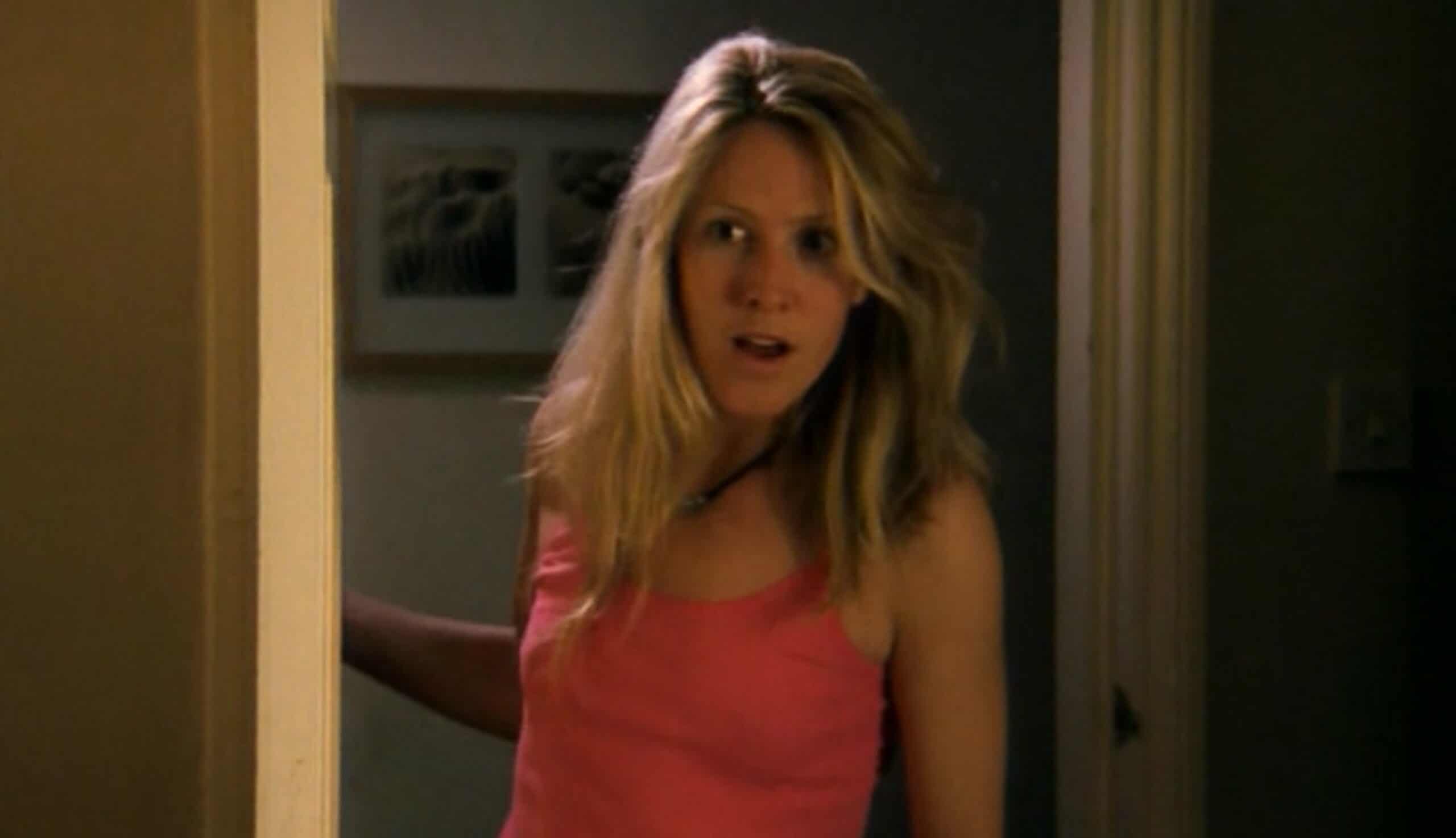 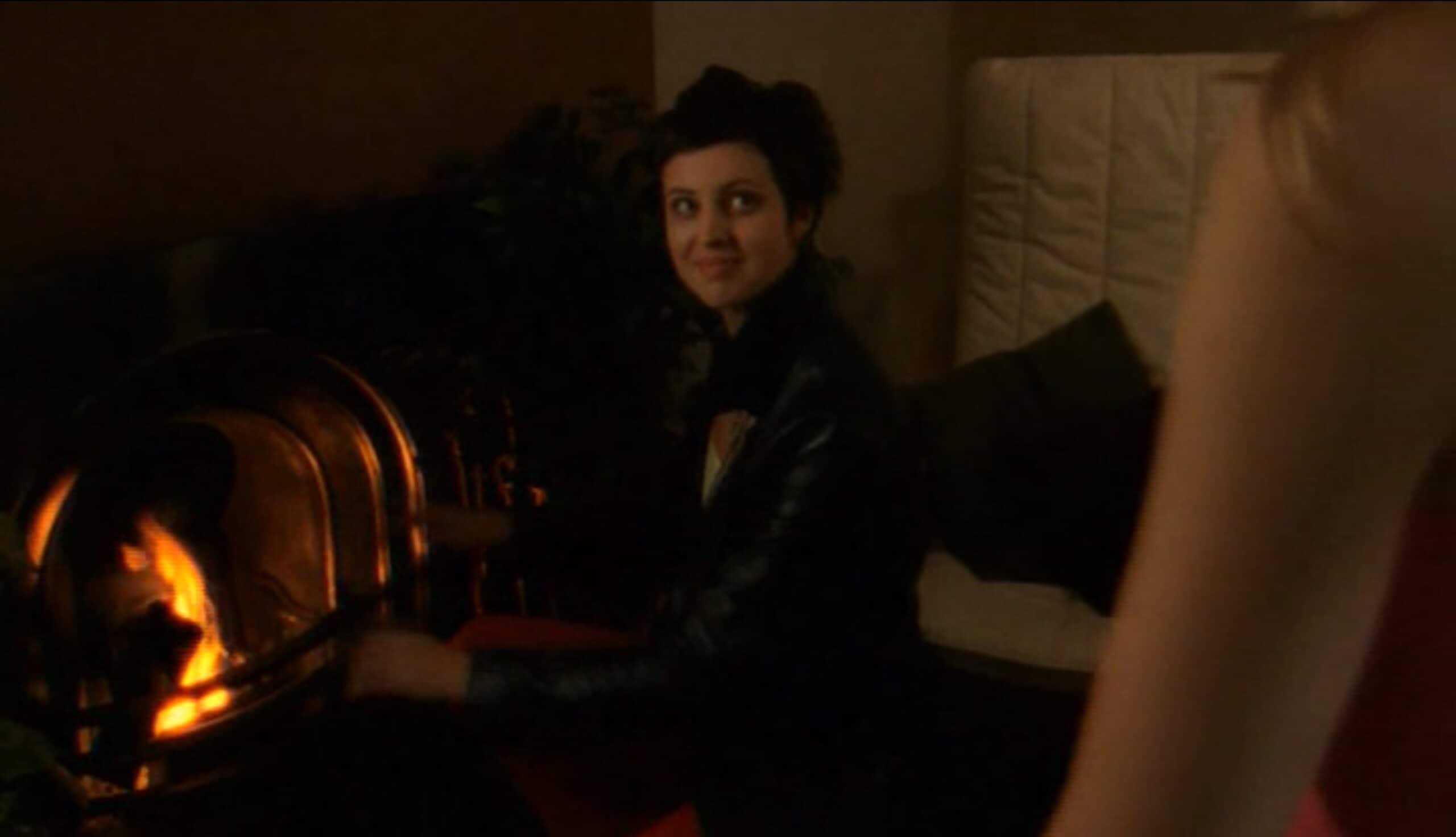 The Piper is the magick girlfriend, in Robinson’s movie, who cannot be held or taken, a hope which This Boy also  plays on, both reminding me that the finest parts of Peter and Wendy, the novelization of the Peter Pan story, are that while her brothers dream of shooting birds and fights in their Neverland islands (everyone has their own island, though they may travel to those of others), Wendy dreams of being without people, with wolves who she can run with and rest with and hide with. Between that and Wendy’s extreme focus on Tinkerbell’s embonpoint, well.

The best Peter Pans are women. The traditional Peter Pans.

Sarang Song, which Film Threat found so waffling and inappropriate, breaks my heart. It is the most meaningful, the most real, the most yearning of all the She Likes Girls series. Miller is a passionate and intelligent director and her short film has some of the most careful technical filmmaking in the anthology, and it has real distress, real rage, real love. 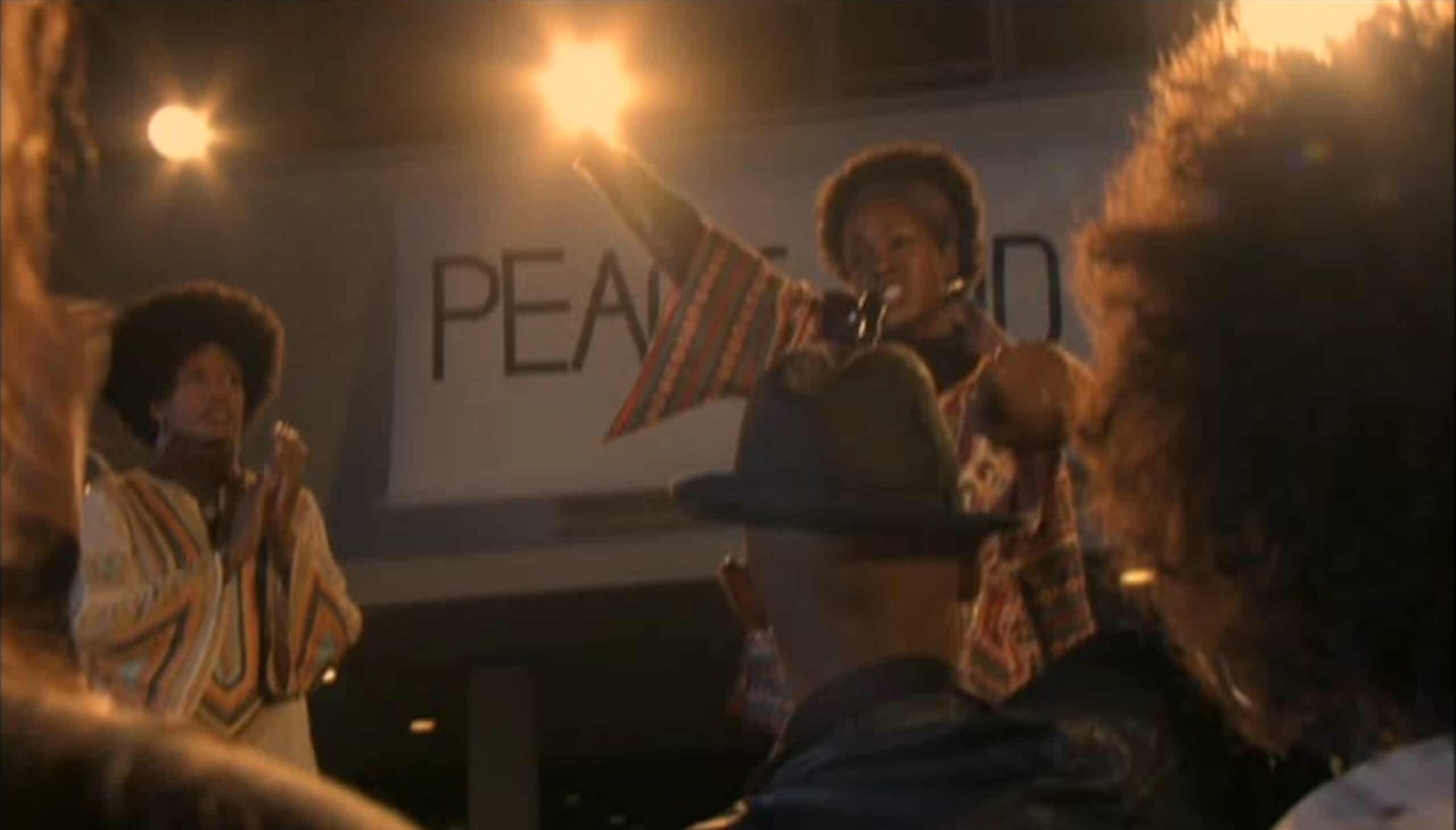 They all have real love. These are art of love. The work put into them is from love.

Even the more fantastical, like The Piper, or those dealing with complementary concerns to queerness and anti-queerness, are to make fairly pure and direct expressions. To deal in real things. The almost consistent fairytale and out of time framing of each film, each world, is to express a hyperreality, not an irreality.

“Especially during Mardis Gras,” says Film Threat, another kind of hyperreality. The hyperreality of one threat becoming all, becoming eternal threat. And, “Especially during Mardis Gras,” is a threat. In review of films of queerness, of lesbian survival, of sapphic politics, of being a Black woman in America or being a genderqueer kid dressing like a Beatle, of being an imaginary and heroic lesbian when a “damsel in distress” could really use one, such phrasing, that kind of joke, is always a threat. 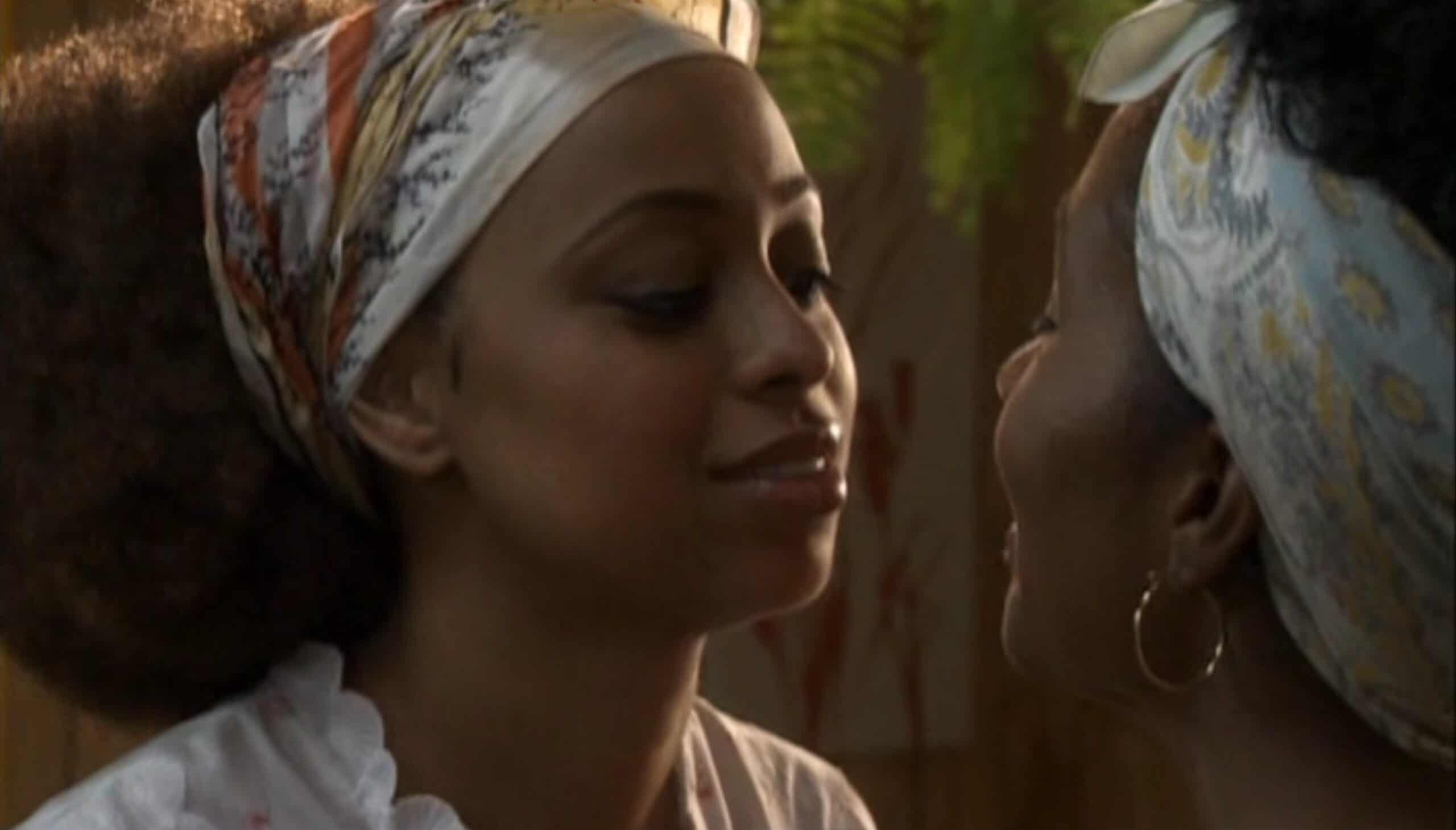 It is the hyperreal threat that makes an emotionally and psychically true presentation like The Piper attractive, the allure of becoming fictive, an in being fictive, being untouchable by harm, shapeable by hope, reified in love. Stories only need to be recalled to be real.

The threat of devaluation, the threat of erasure and being repainted as an artifact, a fetish, a pornographic doodle on the wall of the universe, is antithetical to the film series being reviewed, and I realize the review is over a decade old, that the movies are over a decade old, and I am at so much less immediate threat than so many. But, you only need to be stabbed once to know it hurts. You only need to be in a scary place once, to know the value of secret places that what is scary cannot as easily touch.

We lose that, a little, humoring arguments that kink should be prohibited at Pride marches, that gender nonconforming people should pick a lane, that the past is always too distant to revisit or reflect on. When we suggest leather should be banned from queer events. When we criticize an actor at a promotional event for smiling through being called slurs, only to address it and their rage through their personal Twitter account or a half-coded, queer-coded Instagram post.

We forget, maybe, why queer-coded came to be, as a phrase, why queer theory was always larger than and not large enough for queer being and queer communities. Why queer places were labeled askew and police and organized crime and the landlord all had to be paid to keep them sustained and even then, wearing the wrong shoes or having the wrong face or kissing the wrong person could leave you, or me, our family, our friends, our comrades lying atop their own broken teeth on the street or in prison. 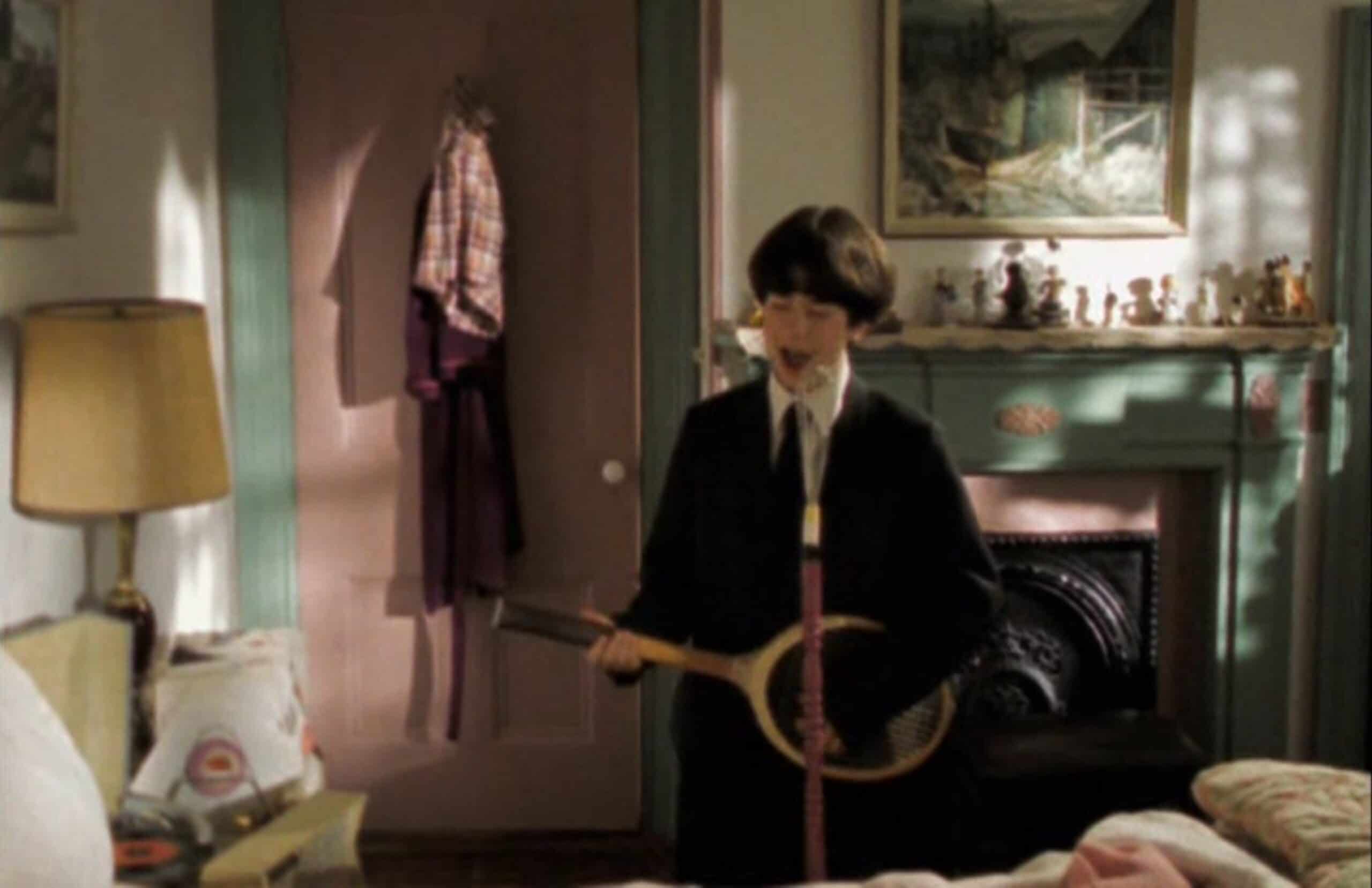 We tolerate and make excuses. The ally who says, “women born women.” The tolerant critic who makes perform for me jokes. “I can say those words,” deputized community members and “you can’t say those words that describe you,” self-elected authorities. Our level of toleration is not the same, our readiness to excuse is not universal, but we all learn we have to do it, sometimes, somewhen. And, we look for places we do not have to.

The Fourth World iii: Sociological Being
May 2, 2022