Betsy, Rachel, and the Kiss Heard ‘Round the World

SPOILER WARNING for Knights of X #4.

If you were anywhere near X-Twitter since Wednesday, you’ve probably heard: Rachel Summers and Betsy Braddock are officially official: 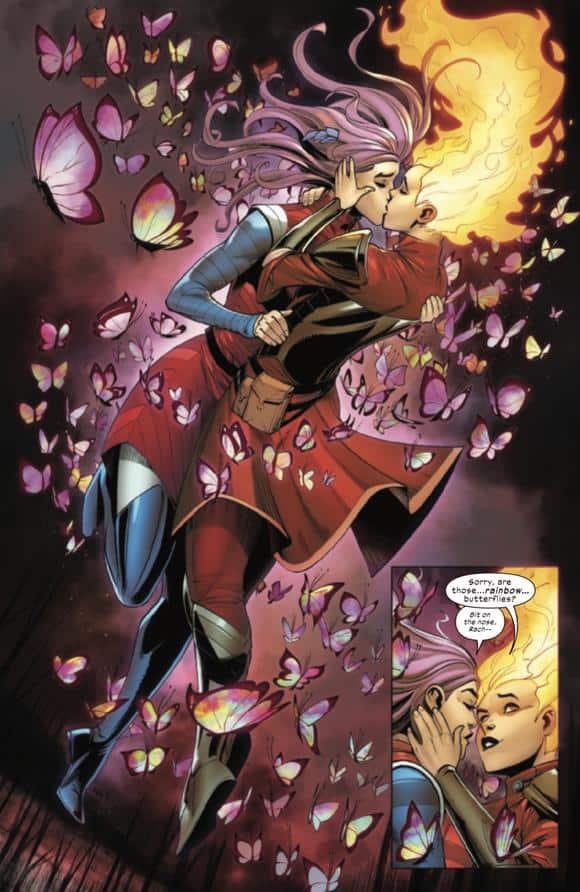 Writer Tini Howard, who has been shepherding Psylocke’s Arthurian adventures since 2019’s Excalibur volume began, has been sowing seeds for Rachel’s amorous affections since the beginning of Excalibur continuation Knights of X earlier this year. Longing looks, coded wording, tender touches – all the writing was there, and it finally came to fruition this week in issue four. And while it’s certainly a big deal for Betsy to come out as bi (and yes, she definitely slept with the female iteration of Fanomex in Uncanny X-Force volume two, but that never really seemed like something writers were committing to) – that absolutely shouldn’t be ignored or swept aside as less important – Rachel’s reveal as queer has been over thirty years in the making. And it shouldn’t have taken so long, but, well, comics.

Rachel Summers creator Chris Claremont has, over the years, made no secret of the ample queercoding he worked into his seminal Uncanny X-Men run in the 1980s – as much as he could squeak past both editorial and the Comics Code, that is. And when Rachel arrived in modern times from her dystopian “Days of Future Past” future, Claremont and artist John Romita Jr. weren’t all that subtle about Rachel’s sexuality: 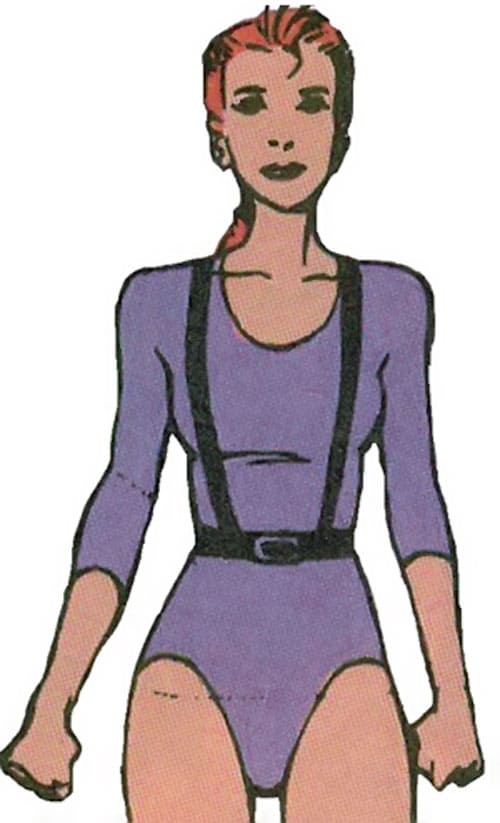 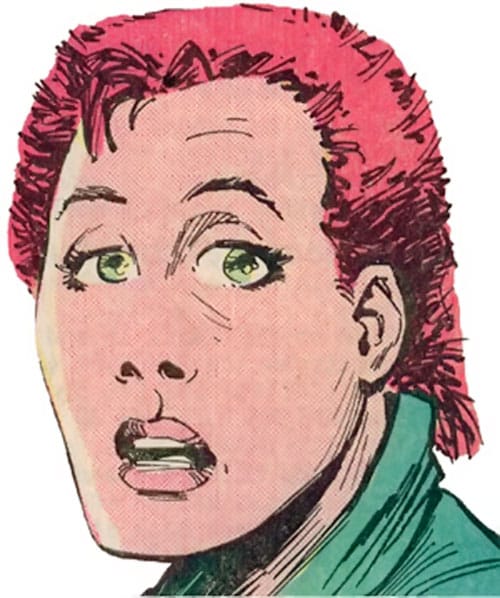 And that’s certainly not to reductively say that a certain hairstyle or mode of dress is automatically a sign of queerness. But then, it’s called “queercoding” for a reason, and Claremont had to tiptoe around some pretty high barriers. At the very least he had Annie Nocenti as his editor, who was absolutely all for representation in comics, but in the 1980s even an enthusiastic booster could only get you so far. So for the sake of argument, let’s also bear in mind Rachel’s dom aesthetic over the years for a little added not-so-subtle suggestiveness: 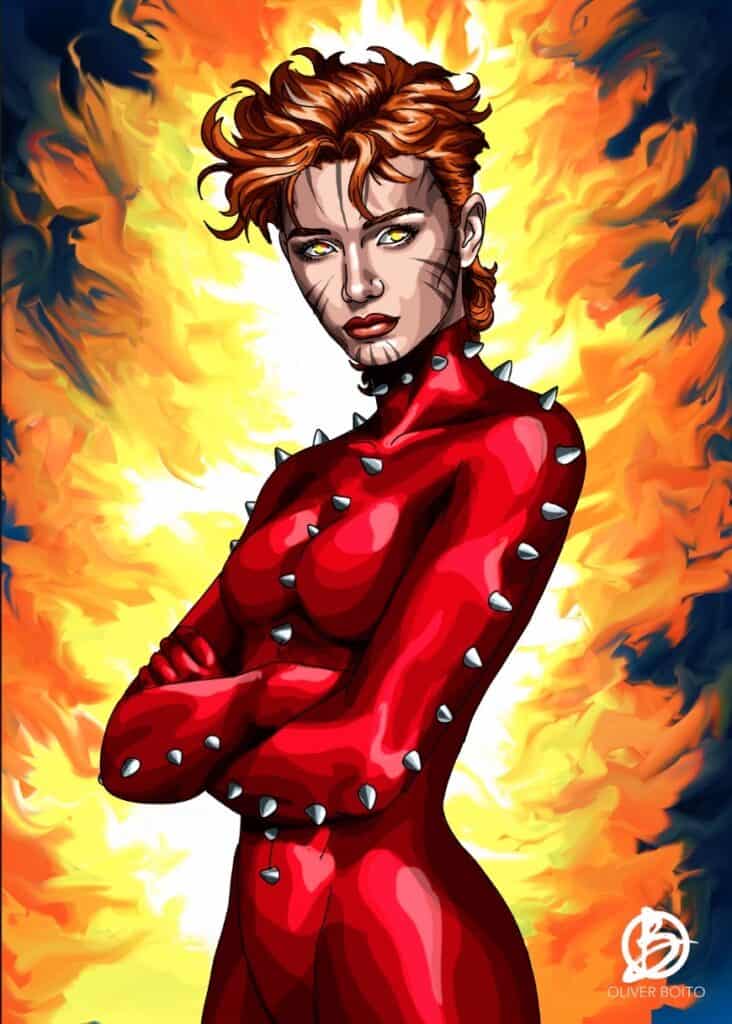 Again, that’s not to suggest that a particular sexual kink automatically lends itself to being queer – but here we have a character who, while being consistently portrayed in a highly specific sexualized light, in over three decades on-page has never had a meaningful heterosexual relationship. Sure, she had a quick fling with that Shi’ar guy during “Rise and Fall of the Shi’ar Empire,” but that’s incidental at best and suggests that Rachel didn’t get what she was looking for from the experience. The fact is, Rachel Summers has never been in a meaningful heteronormative relationship throughout her history – and that reason, on the lips of so many fans for so many years, finally made itself apparent in Knights of X this week.

At long last, the times – and standardized social mores – finally caught up with Rachel Summers, and she could just be herself. That is nothing less than thrilling.

Betsy Braddock coming out as bi, meanwhile, is also impactful – though less obvious a journey than was Rachel’s. She’s a character who has always had a chameleonic aspect to her persona, though – the deceptively genteel and proper Englishwoman who was secretly a kick-ass warrior; the sex bomb ninja assassin bodyswap; the walking camera plaything of Mojo; and finally, back to her original body again, whole, but now defined by her changes over the years rather than who she is at her core. But who was she? Former love interest of Warren Worthington III, the high-flying Angel? Captain Britain’s twin sister? Mutant? Woman? Could any one thing define her? Of course not. Betsy had seen so much change over the years, that having her reveal her bisexuality is almost too easy: it’s yet another layer to an already-multilayered, nuanced, well-rounded character. 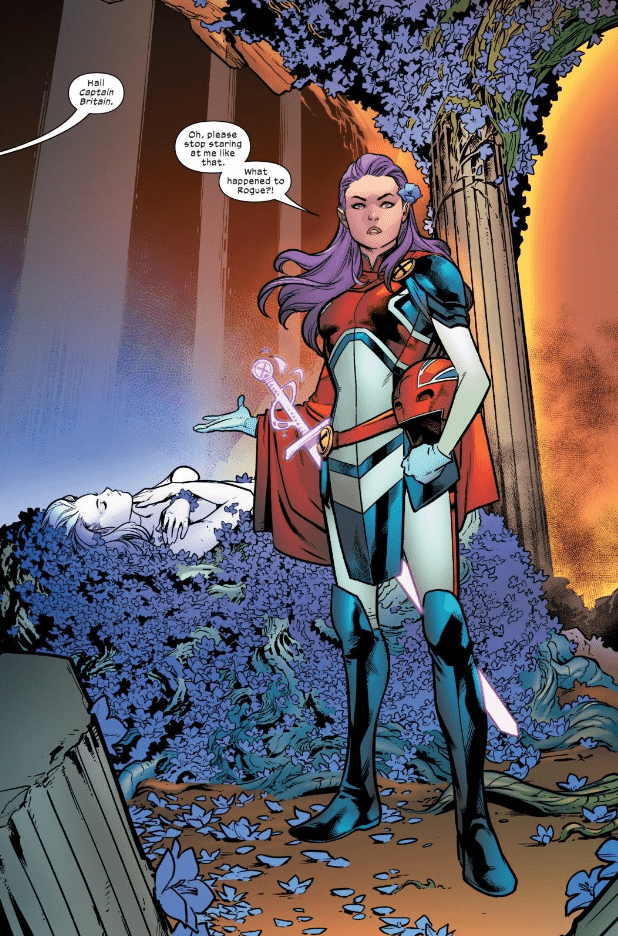 But, of course, the usual toxic segments of fandom have been up in arms; they’re “tired of all this gay stuff” or “sick of the woke agenda at Marvel” or “wondering” why Marvel doesn’t just make new queer characters instead of “changing” pre-existing ones. These fans are unfortunately going to always be there, will never be happy, and lack the self-awareness that they’ve grown up to be the type of person the X-Men would punch.  So it goes.

Fortunately, though, a much larger segment of fandom is just happy to see Rachel’s queer promise fulfilled at last, and Betsy turning a new page in her life that will hopefully lead her to not only happiness, but a sense of peace, too. They’ve both earned it. And with their official coupling, comics got just a little more diverse, and some new voices get to be heard amid the din. And that equity is exactly what the X-Men are all about.

Betsy, Rachel, and the Kiss Heard ‘Round the World