Pride Month is officially here! If you’re looking for an LGBTQ+ read that will lift your spirits, look no further. Whether you’re searching for a story about finding your gender at a young age or finding the love of your life at an older one, our list of 10 graphic novels (technically, one is a memoir) has you covered. 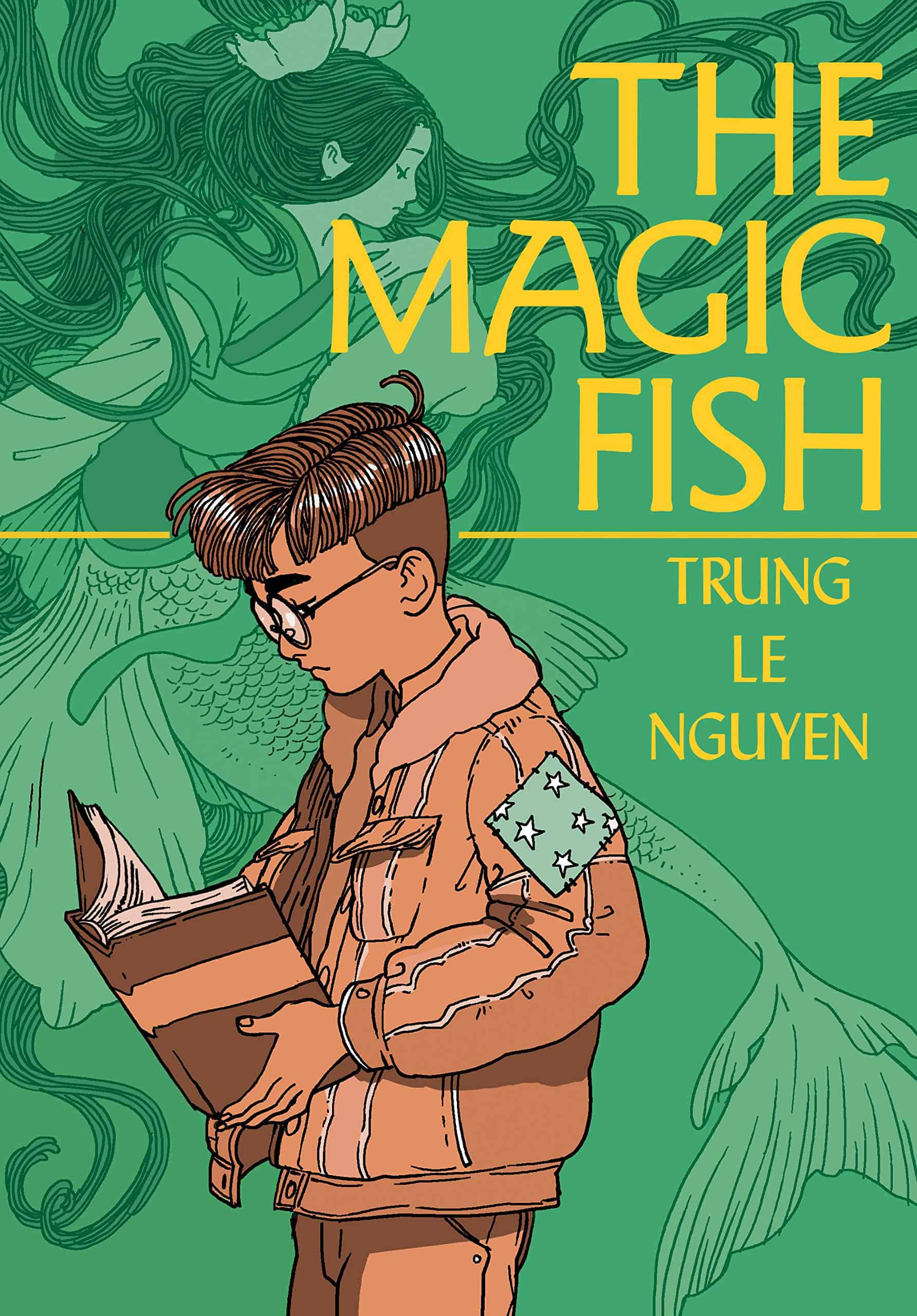 The Magic Fish tells the story of Ti?n Phong, a second generation American Vietnamese teenager, who helps his mother learn English through fairy tales while struggling to tell her about his sexuality. 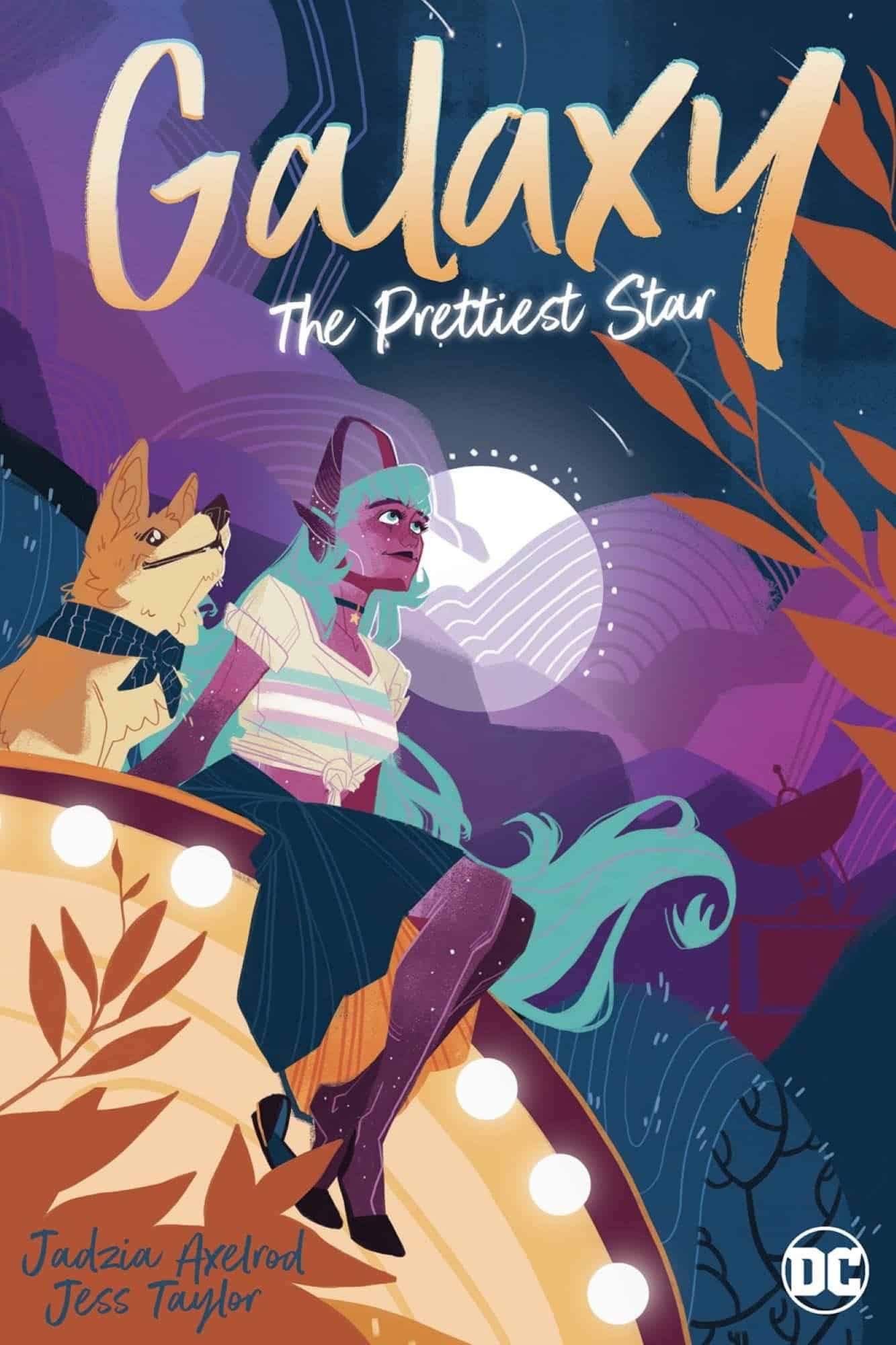 Every day in Taylor Barzelay’s life might seem perfect…but every day is torture. Taylor is actually the Galaxy Crowned, an alien princess from the planet Cyandii, and one of the few survivors of an intergalactic war. For six long, painful years, Taylor has accepted her duty to remain in hiding as a boy on Earth. But that all changes when Taylor meets Metropolis girl Katherine “call me Kat” Silverberg, whose confidence is electrifying. Suddenly, Taylor no longer wants to hide, even if exposing her true identity could attract her greatest enemies. 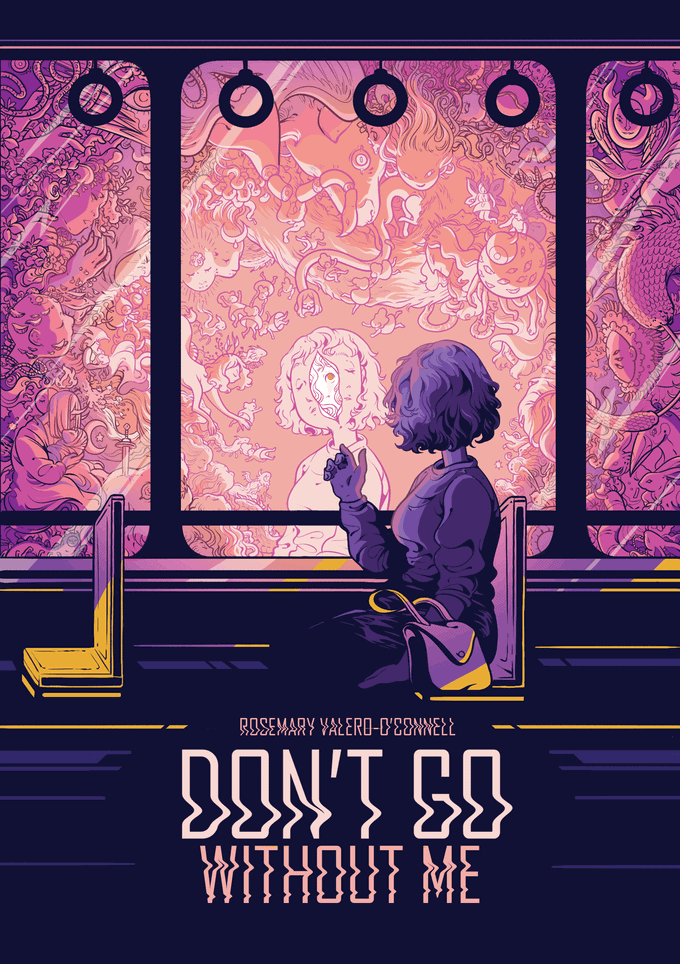 Don’t Go Without Me

Don’t Go Without Me is a triptych of comics about memory, isolation, and connection. Two lovers get separated on a night out in a parallel dimension. A ship that runs on memories malfunctions in the dead of space. A giant prophesied to wake from its centuries-long slumber beneath the sea. 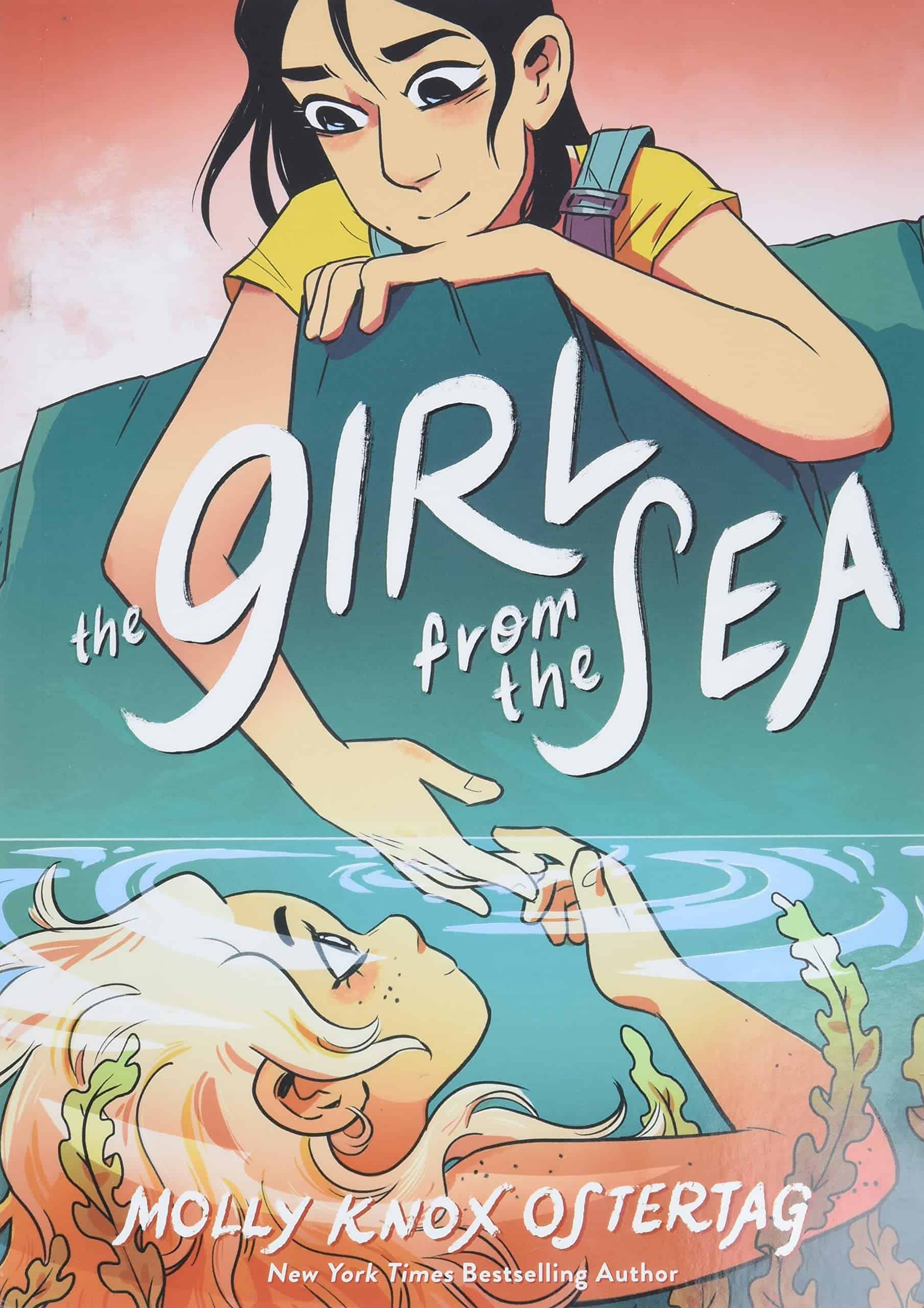 The Girl from the Sea

Fifteen-year-old Morgan has a secret: She can’t wait to escape the perfect little island where she lives. She’s desperate to finish high school and escape her sad divorced mom, her volatile little brother, and worst of all, her great group of friends…who don’t understand Morgan at all. Because really, Morgan’s biggest secret is that she has a lot of secrets, including the one about wanting to kiss another girl.Then one night, Morgan is saved from drowning by a mysterious girl named Keltie. The two become friends and suddenly life on the island doesn’t seem so stifling anymore.But Keltie has some secrets of her own. And as the girls start to fall in love, everything they’re each trying to hide will find its way to the surface…whether Morgan is ready or not. 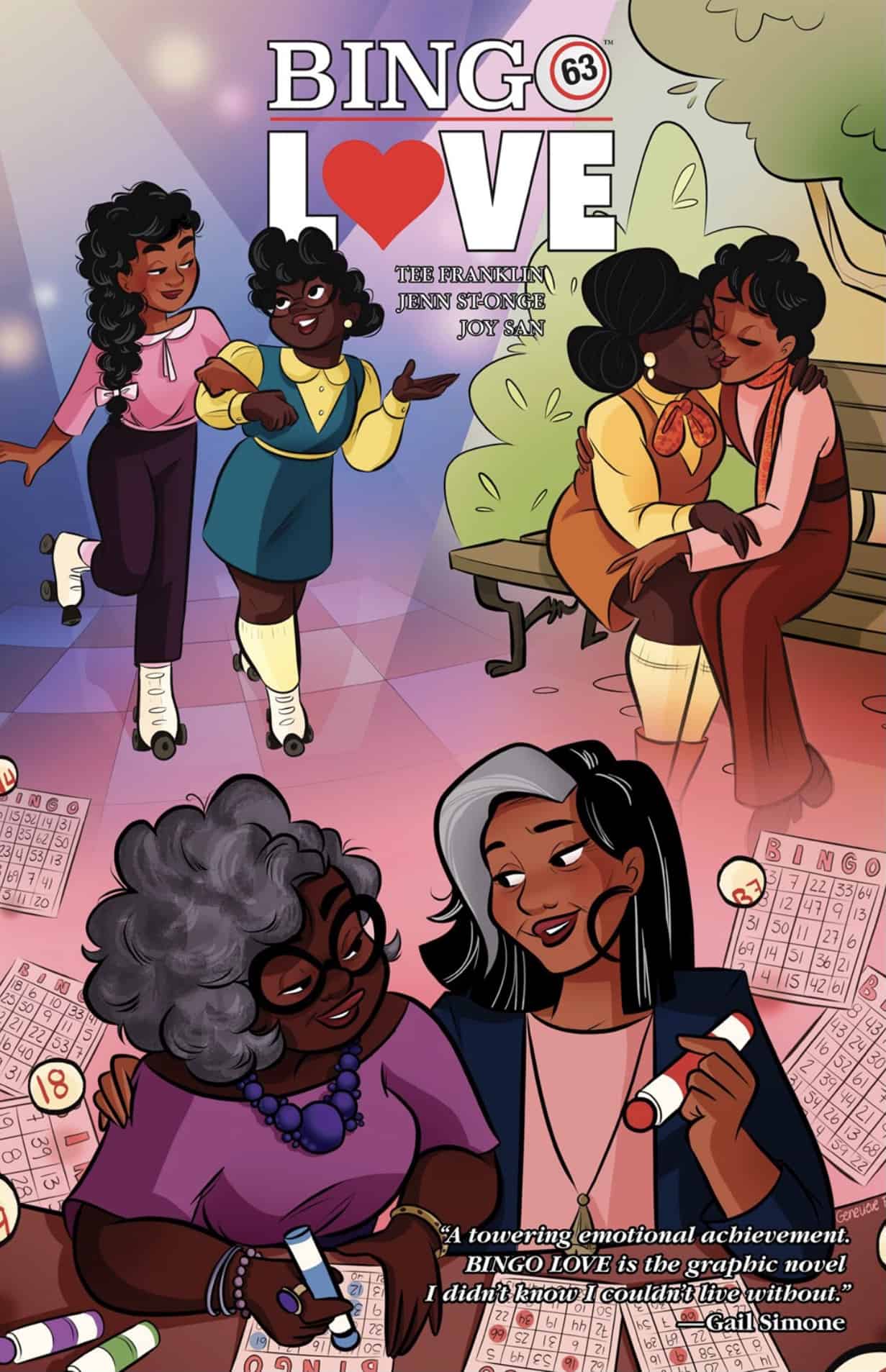 When Hazel Johnson and Mari McCray met at church bingo in 1963, it was love at first sight. Forced apart by their families and society, Hazel and Mari both married young men and had families. Decades later, now in their mid-Í60s, Hazel and Mari reunite again at a church bingo hall. Realizing their love for each other is still alive, what these grandmothers do next takes absolute strength and courage. 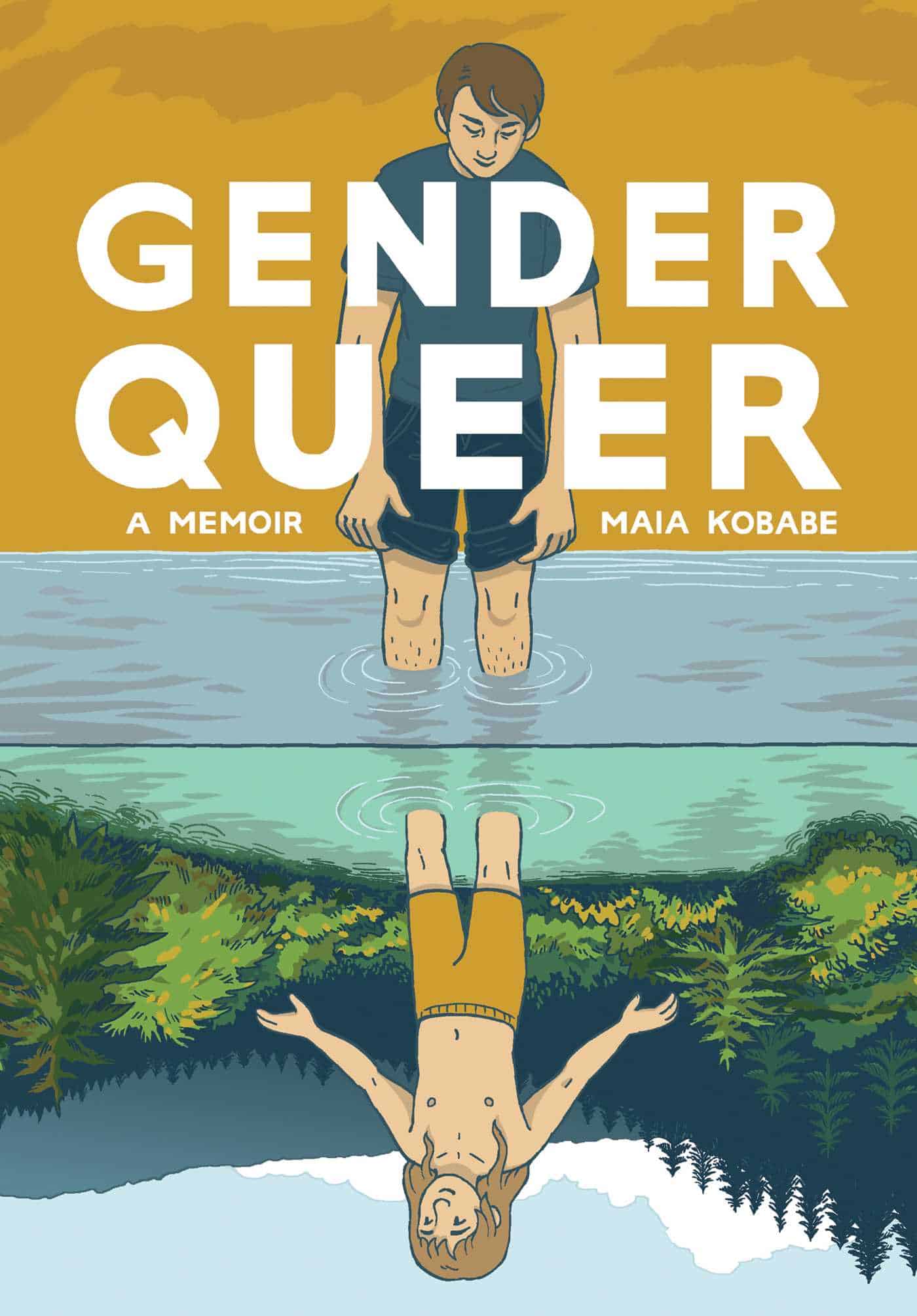 In 2014, Maia Kobabe, who uses e/em/eir pronouns, thought that a comic of reading statistics would be the last autobiographical comic e would ever write. At the time, it was the only thing e felt comfortable with strangers knowing about em. Now, Gender Queer is here. Maia’s intensely cathartic autobiography charts eir journey of self-identity, which includes the mortification and confusion of adolescent crushes, grappling with how to come out to family and society, bonding with friends over erotic gay fanfiction, and facing the trauma and fundamental violation of pap smears. Started as a way to explain to eir family what it means to be nonbinary and asexual, Gender Queer is more than a personal story: it is a useful and touching guide on gender identity—what it means and how to think about it—for advocates, friends, and humans everywhere. 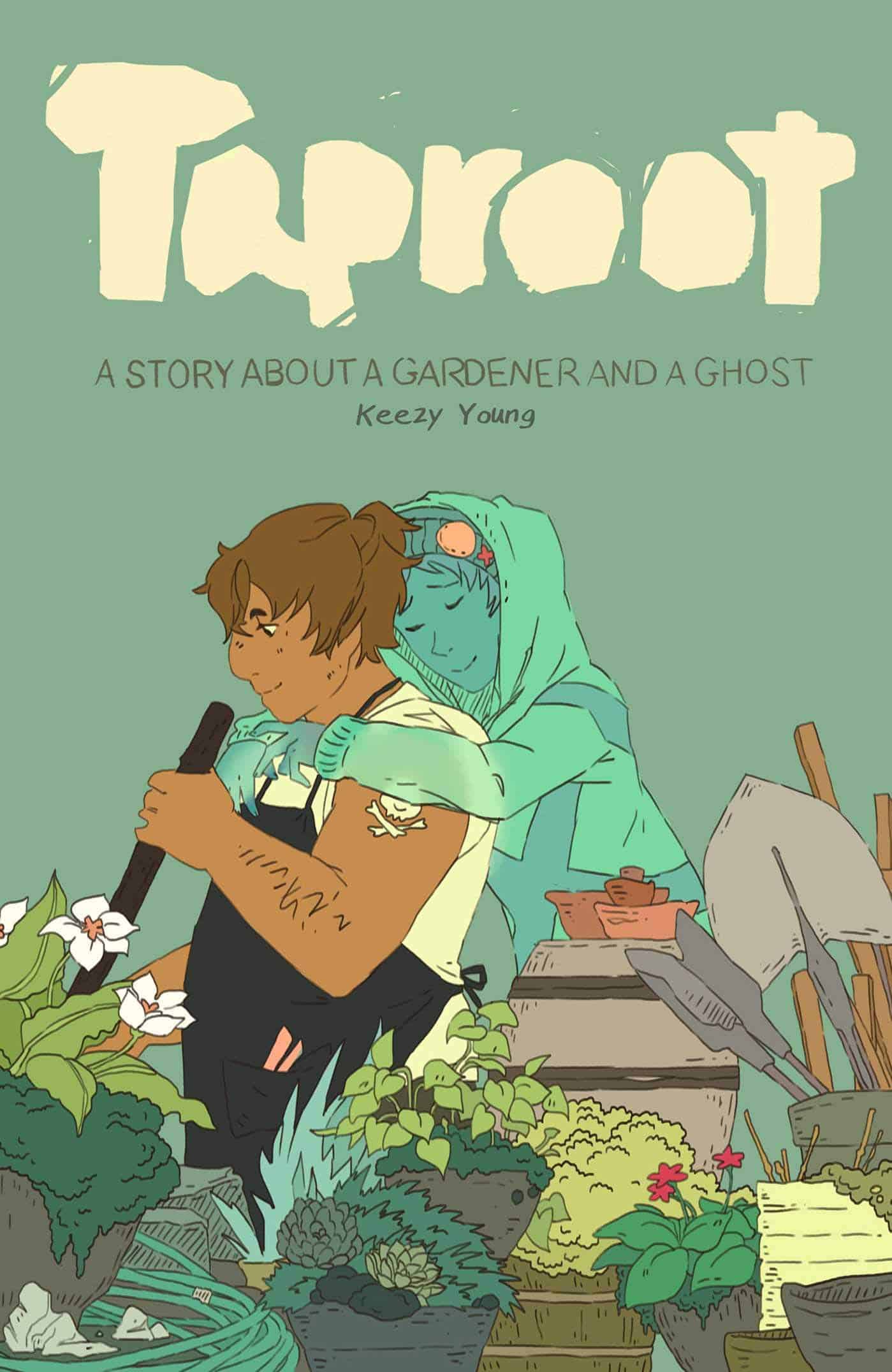 Taproot: A Story About A Gardener and A Ghost

Blue has been living as a ghost for a year when he meets Hamal, a beautiful and sweet gardener who has the ability to see and communicate with ghosts. Together, their friendship develops into something more, but being a ghost, Blue can never truly be connected with Hamal. When Blue realizes Hamal’s strange ability may be putting him in danger, Blue has to find a way to protect him–even if it means leaving him. 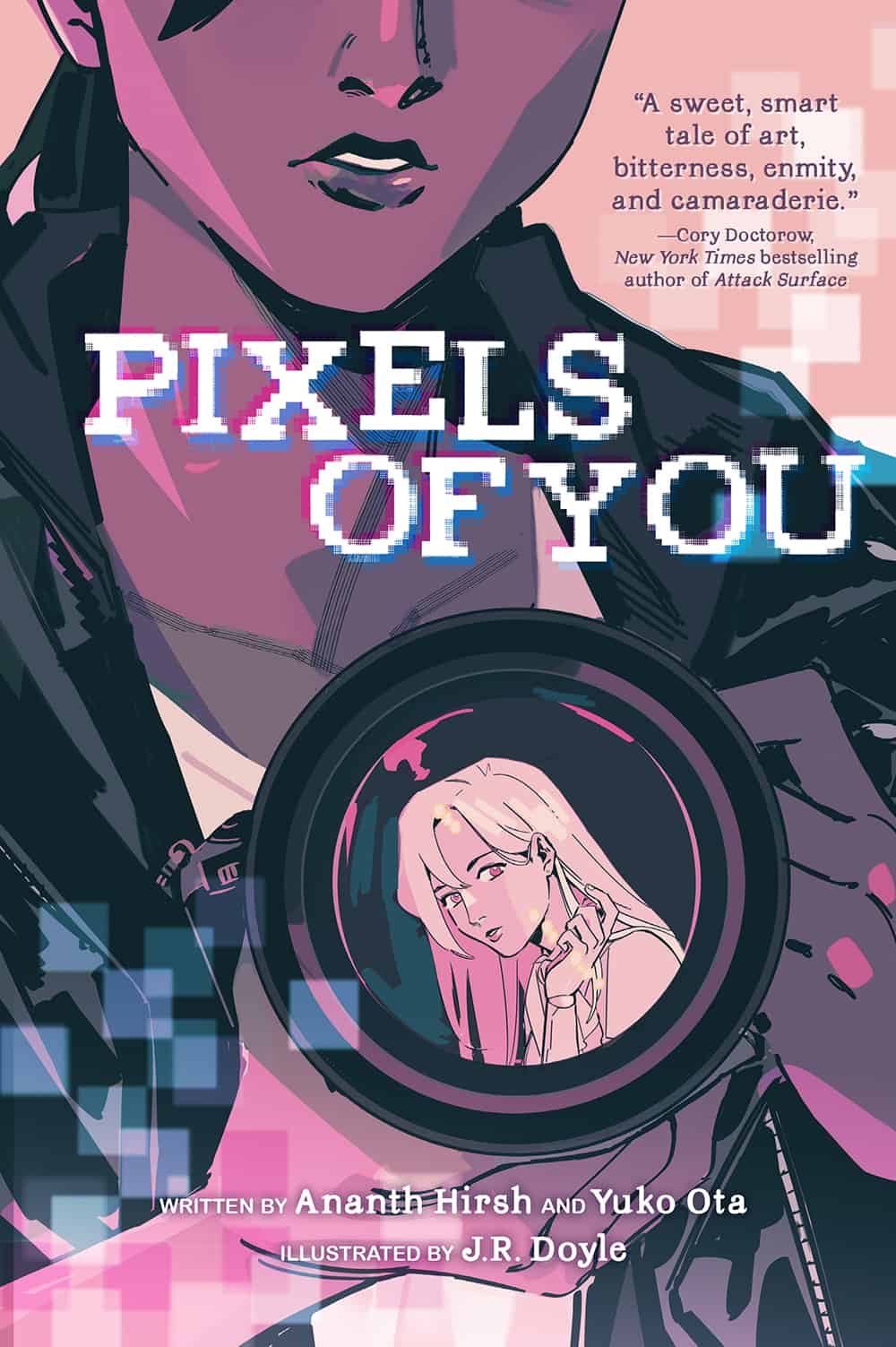 In a near future, augmentation and AI changed everything and nothing. Indira is a human girl who has been cybernetically augmented after a tragic accident, and Fawn is one of the first human-presenting AI. They have the same internship at a gallery, but neither thinks much of the other’s photography. But after a huge public blowout, their mentor gives them an ultimatum: work together on a project or leave her gallery forever. Grudgingly, the two begin to collaborate, and what comes out of it is astounding and revealing for both of them. Pixels of You is about the slow transformation of a rivalry to a friendship to something more as Indira and Fawn navigate each other, the world around them—and what it means to be an artist and a person. 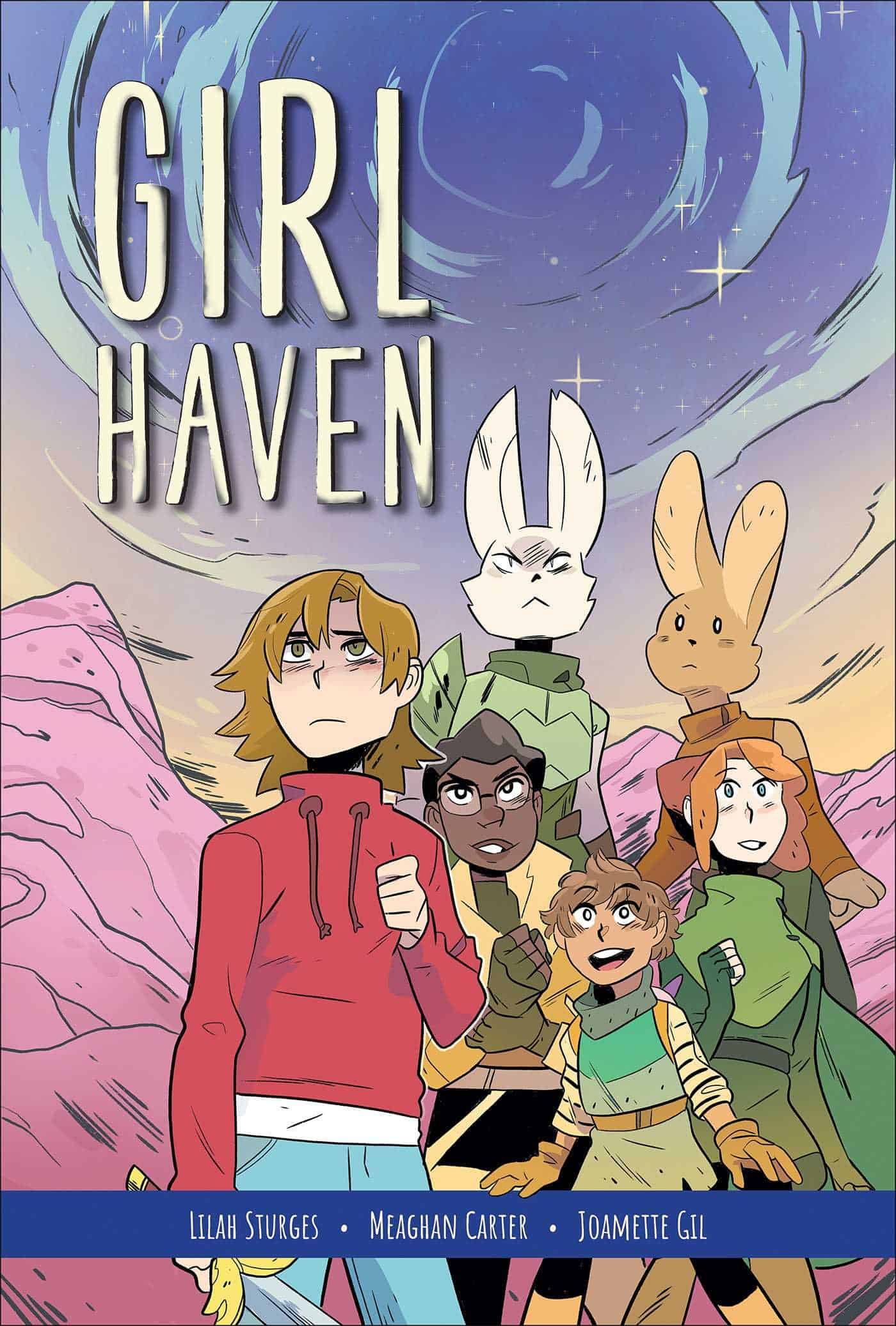 Three years ago, Ash’s mom left home and never returned, leaving behind a husband and child and a shed full of mystical curiosities related to the all-girl fantasy world she’d created as a child—Koretris. One day Ash invites a new group of friends from Pride Club over, and they try one of the spells to enter Koretris. To their amazement, they’re all transported to a magical realm filled with human-sized talking animals who are fiercely protective of their world and are ready to fight to protect it. But if Koretris is real, why is Ash there? Everyone has always called Ash a boy—shouldn’t the spell have kept Ash out? And what does it mean if it let Ash in? 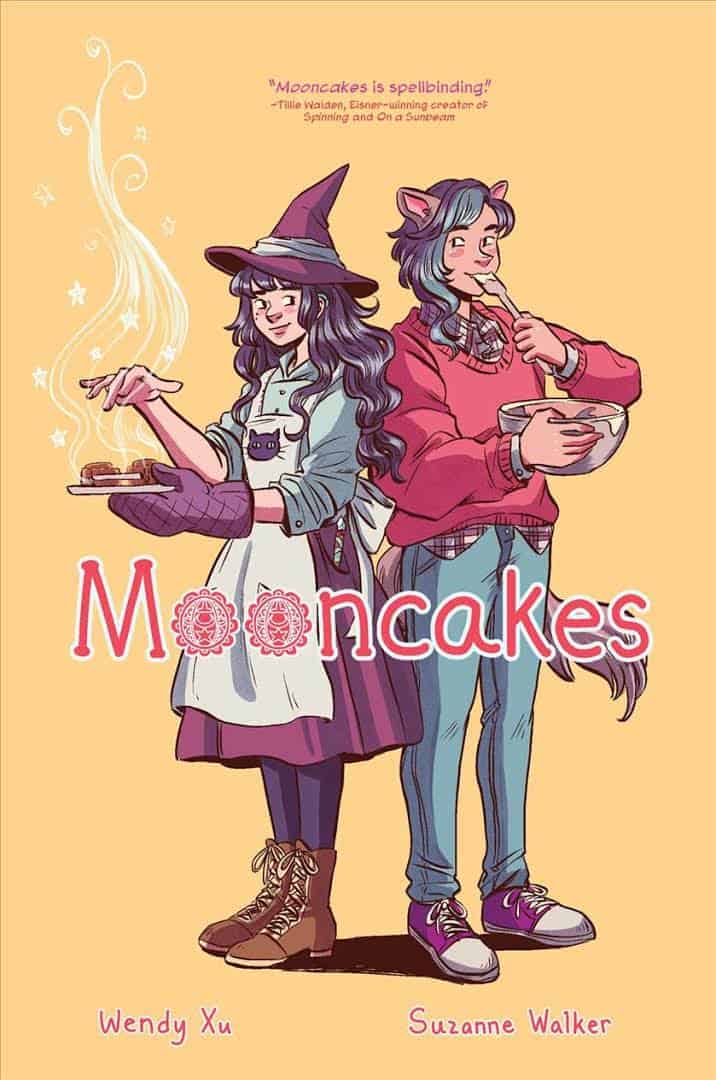 A story of love and demons, family and witchcraft. Nova Huang knows more about magic than your average teen witch. She works at her grandmothers’ bookshop, where she helps them loan out spell books and investigate any supernatural occurrences in their New England town. One fateful night, she follows reports of a white wolf into the woods, and she comes across the unexpected: her childhood crush, Tam Lang, battling a horse demon in the woods. As a werewolf, Tam has been wandering from place to place for years, unable to call any townhome. Pursued by dark forces eager to claim the magic of wolves and out of options, Tam turns to Nova for help. Their latent feelings are rekindled against the backdrop of witchcraft, untested magic, occult rituals, and family ties both new and old in this enchanting tale of self-discovery.

ROCK THE X-VOTE! Who will win? Our All-Star Braintrust of X-Perts Decide the #XMenVote Odds!!
January 30, 2021