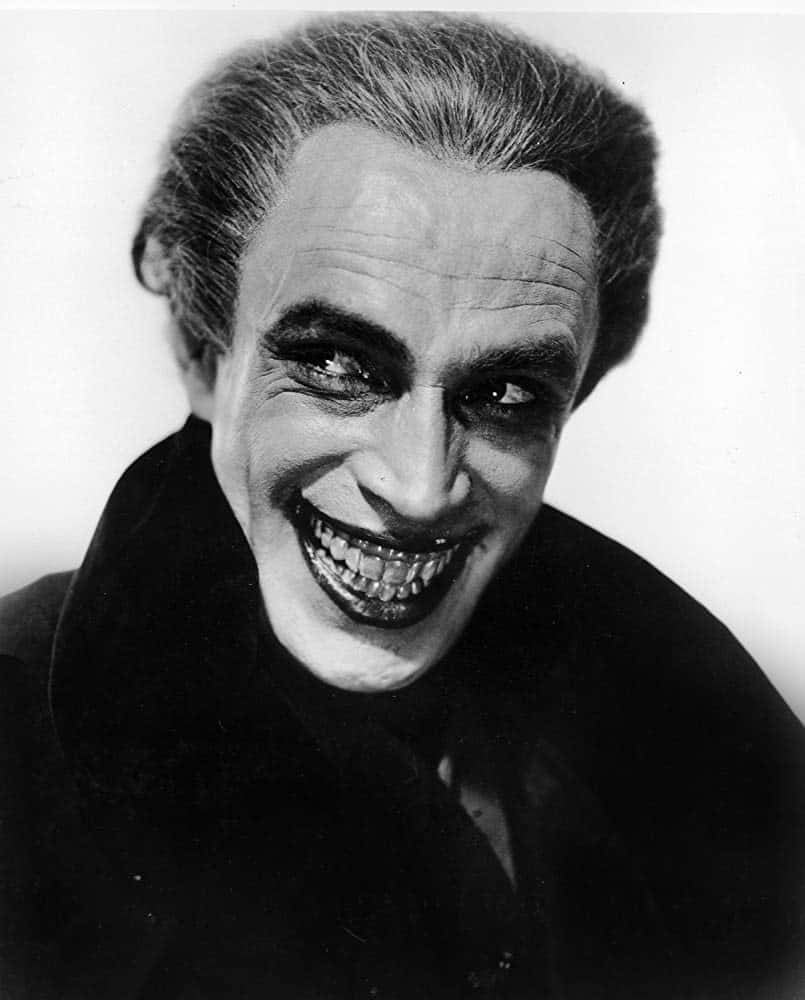 The creators of the Joker, Bob Kane, Bill Finger, and Jerry Robinson, based Batman’s most iconic villain on the 1928 film The Man Who Laughs. The movie was itself based on Victor Hugo’s novel of the same name and starred Conrad Veidt as a man permanently scarred in a way that appears as if he’s always laughing with a sinister smile. In 1940, Batman had proven so popular in Detective Comics, he was set to get his own self-titled comic as well. So, when Batman #1 appeared on the shelves on April 25, 1940, the creators wanted it to have a memorable new villain. They gave us the Joker, so it seems they achieved their goal. 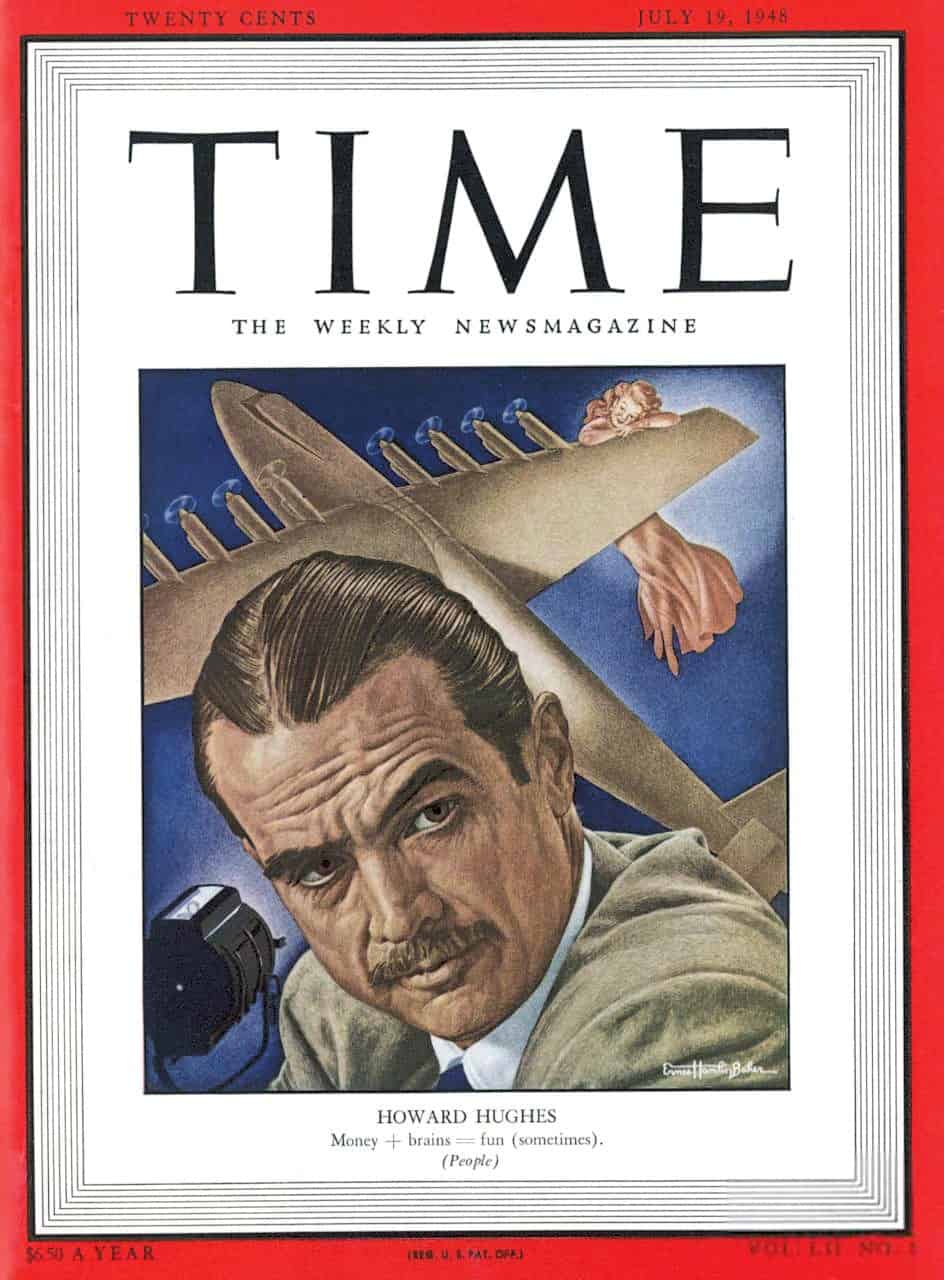 Famous inventor Howard Hughes served as the inspiration for Tony Stark aka Iron Man. Stan Lee saw Hughes as “one of the most colorful men” of his time and wanted Tony to be similar to him. This is why, much like Hughes, Tony is an inventor, an adventuring hero, and a ladies’ man. When it came time to cast Tony in the MCU, Robert Downey Jr. and Jon Favreau updated Tony’s personality a bit by picking a newer billionaire inventor, Elon Musk. Since Downey Jr. did such a pitch perfect job as Tony throughout his MCU run, the comic character has developed into more of a mesh between the two inventors. Who else but Tony Stark could be the best parts of Hughes and Musk rolled into one flashy package? 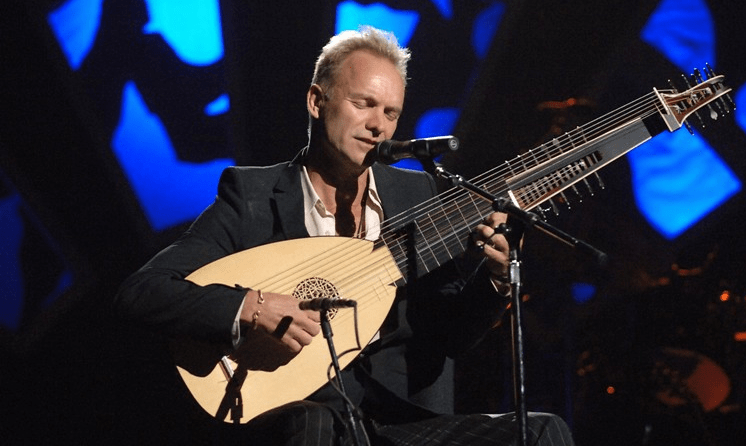 Alan Moore wanted to make a character that resembled Sting. No other details were there, he just started with Sting as a model. What resulted ended with the hard-drinking, chain-smoking, sarcastic magician, John Constantine! Moore introduced Constantine in his Swamp Thing run during the 80’s. He became so popular, so quickly, his own title, Hellblazer, launched in 1988. Since then, he’s been the star of his own movie and TV series. Sting has since named Constantine as his “brother” and even wrote a forward for one of the Hellblazer collections. 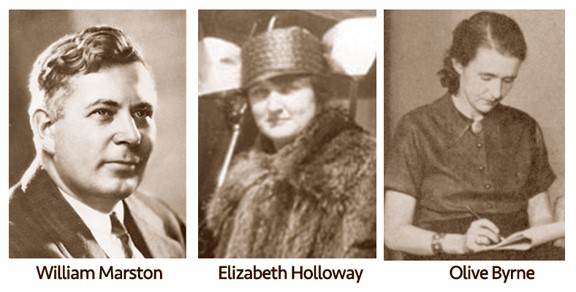 Wonder Woman first appeared in All-Star Comics in 1941 and then got her own cover in Sensation Comics in 1942 and, as she shifted to DC Comics over the years, became one of the biggest, most recognizable characters ever. She’s also proven to be the most popular and long-lasting female comic character of all time. It makes sense, then, that she was the first comic book heroine to star in her own live action show and has one of the more successful DC movies in recent years. Wonder Woman’s creator was kept secret for years. When finally revealed, her truth lasso made so much sense. William Moulton Marston created both Wonder Woman and the lie detector test! Marston, a lawyer, scientist, and college professor, had been hired by head of All-Star Comics, Maxwell Gaines, to help clean up the image of comic books, which had recently become embattled as a medium expected to lead children towards violence. Marston based Wonder Woman, in part, on his renowned feminist and lawyer wife, Elizabeth Holloway. He also based her on his former student turned live-in mistress, Olive Byrne. Of course, Gaines was not aware of the origins of his new female heroine at the time, and her controversial beginnings were kept secret for decades. 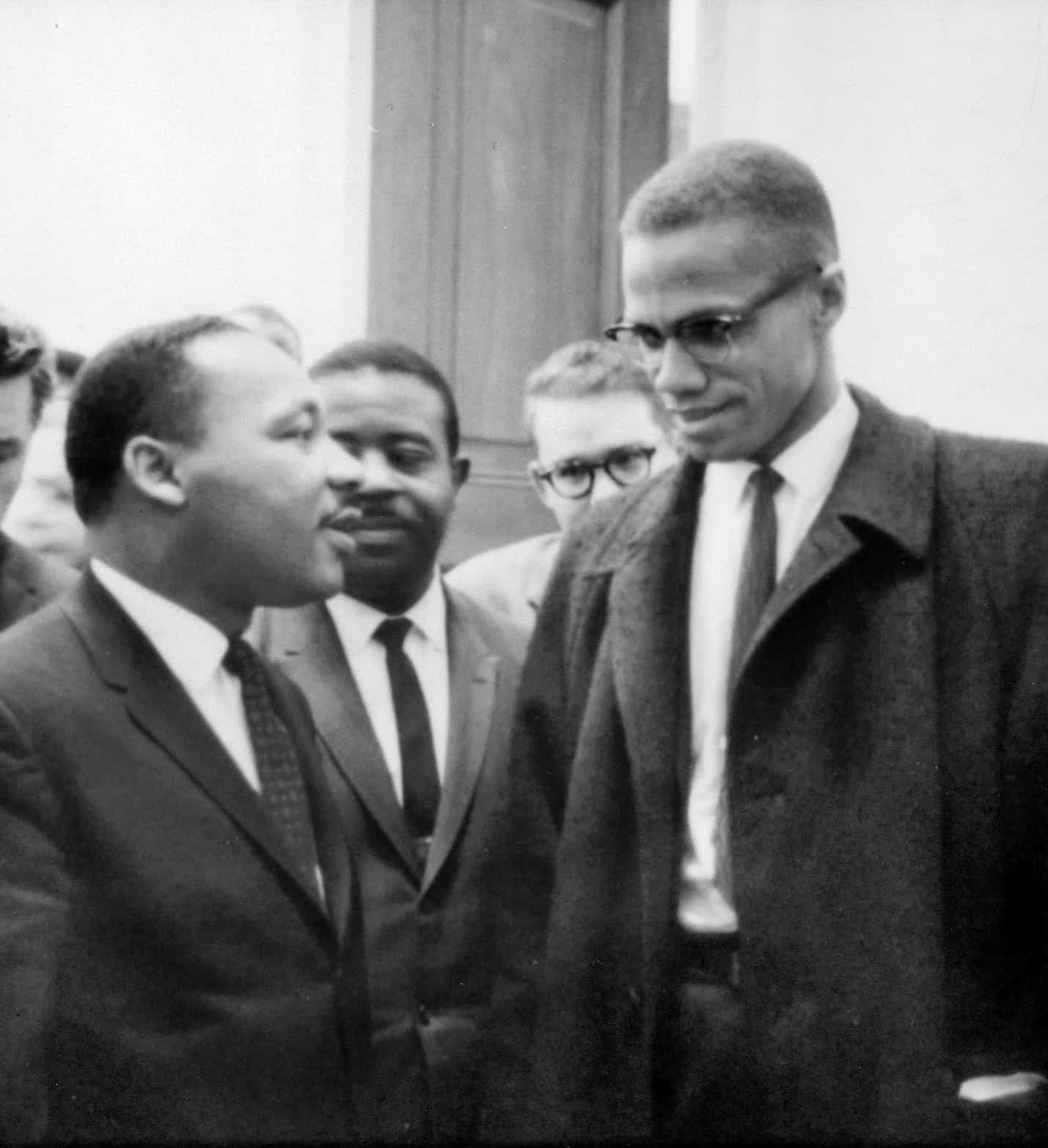 The X-Men first appeared in September 1963. Stan Lee created his merry band of mutants as a metaphor for what he saw happening in the Civil Rights movement of the 60’s. Professor X believed in peaceful coexistence between humans and mutants. His X-Men helped people, even though they were feared and hated by those same people. Meanwhile, Magneto fought the same inequalities, but he did so with anger and violence. As leaders of the Civil Rights movement, Martin Luther King Jr. and Malcolm X, respectively, correlated to these two mutant leaders. One more real life person came into play with the look of Professor X, Yul Bryner. Charles Xaviar was made to look like Bryner from The King and I. 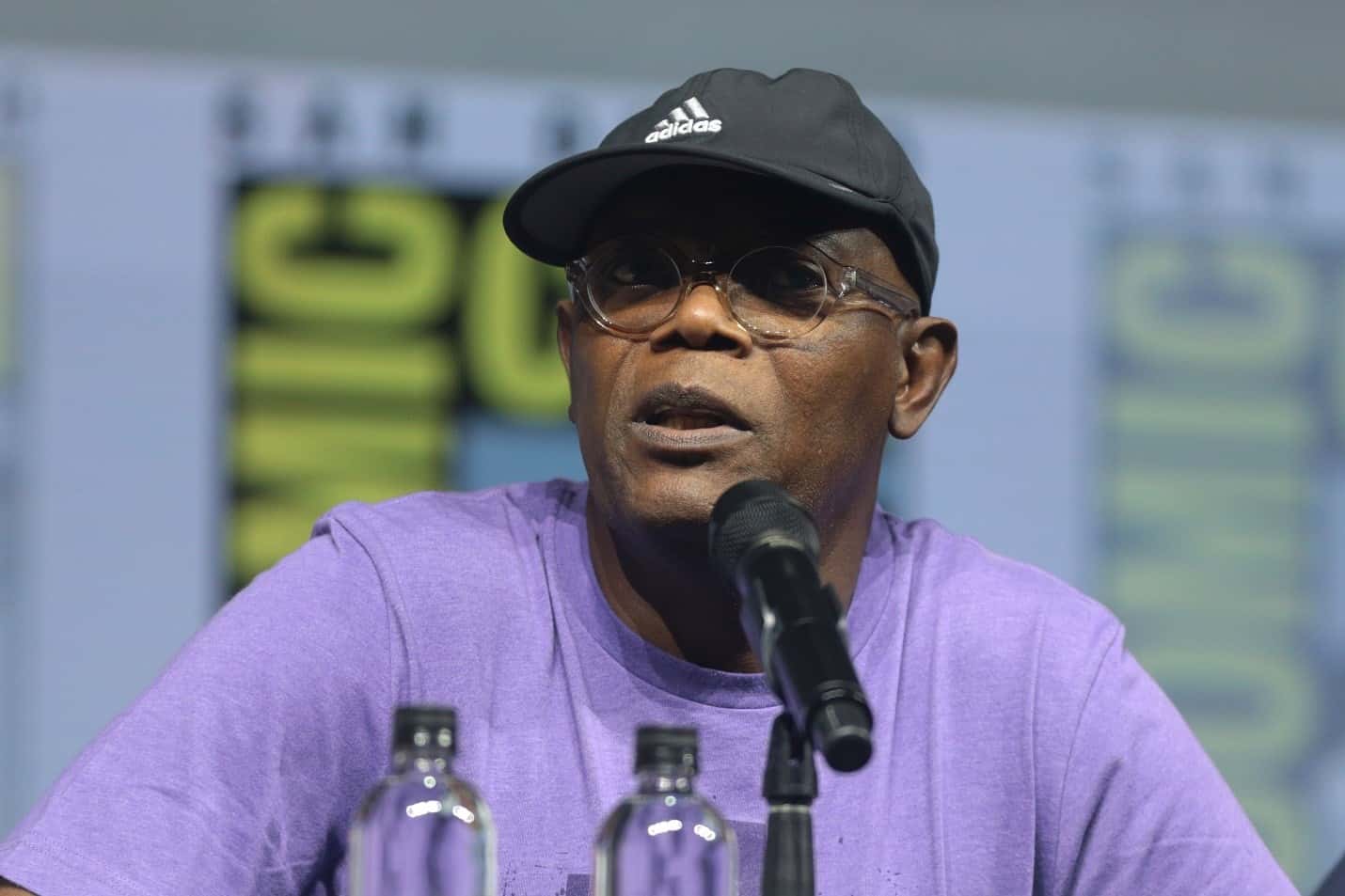 Nick Fury has been around for decades. In the 40’s, he was Sgt. Fury in the comic book Sgt. Fury and His Howling Commandos. He became a super spy and the head of SHIELD. He was a white guy with a white patch in his brown hair. He also had his trademark eye patch. When the Ultimate universe began in Marvel, Mark Millar and Bryan Hitch decided to revamp Fury for the Ultimates comic. They modeled him after actor Samuel Jackson. Reading the comic, it was clear he WAS Jackson. Near the end of the first Ultimates series, they even wrote in a joke where, when asked who would play him if there was ever a movie about the Ultimates, he said “Samuel Jackson!” Samuel Jackson, though, didn’t know anything about this till he was cast as Fury in the MCU. 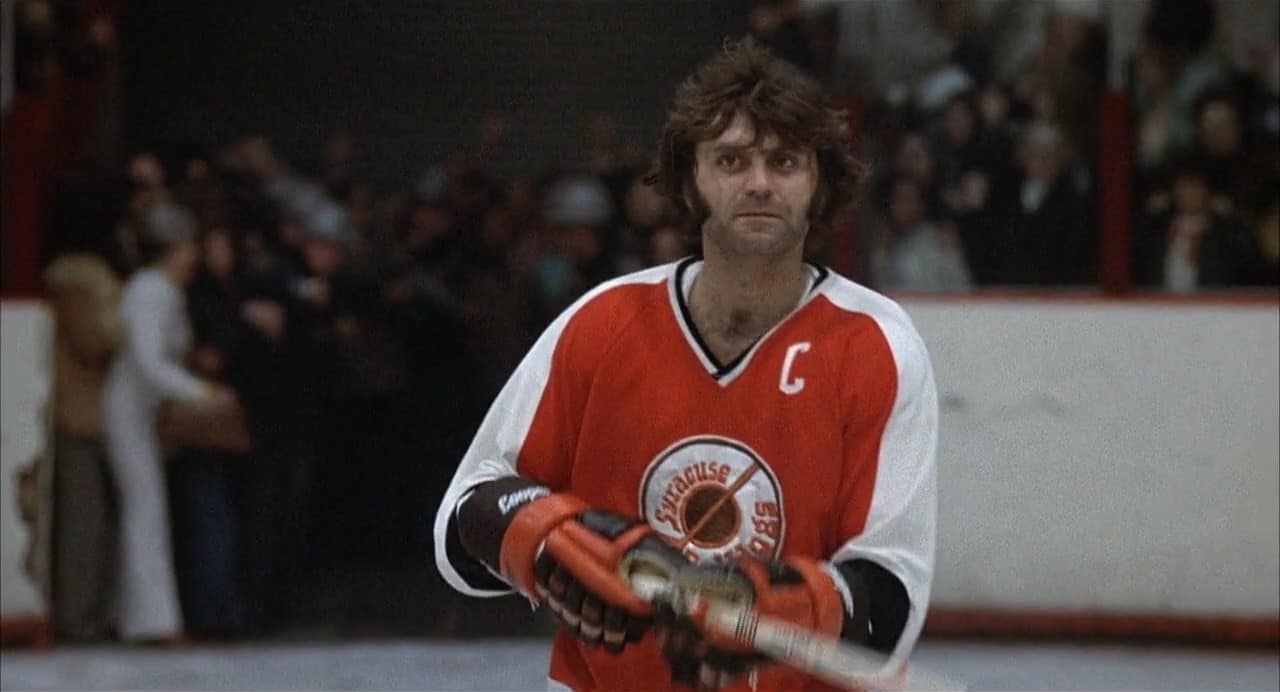 John Byrne didn’t create Wolverine. He was created by Roy Thomas, Len Wein, and John Romita Sr. John Byrne, however, saved the character. It’s hard to believe that a character as popular as the ol’ canuck ever needed saving, but it’s true, Marvel almost sidelined the popular X-Man because he was one-dimensional and not at all popular when he first clawed his way into comics. David Cockrum first gave Logan his famous pointy-haired, side burned look and gruff personality, but when Byrne redefined the character, he based his drawings on Paul D’amato in 1977’s Slap Shot. 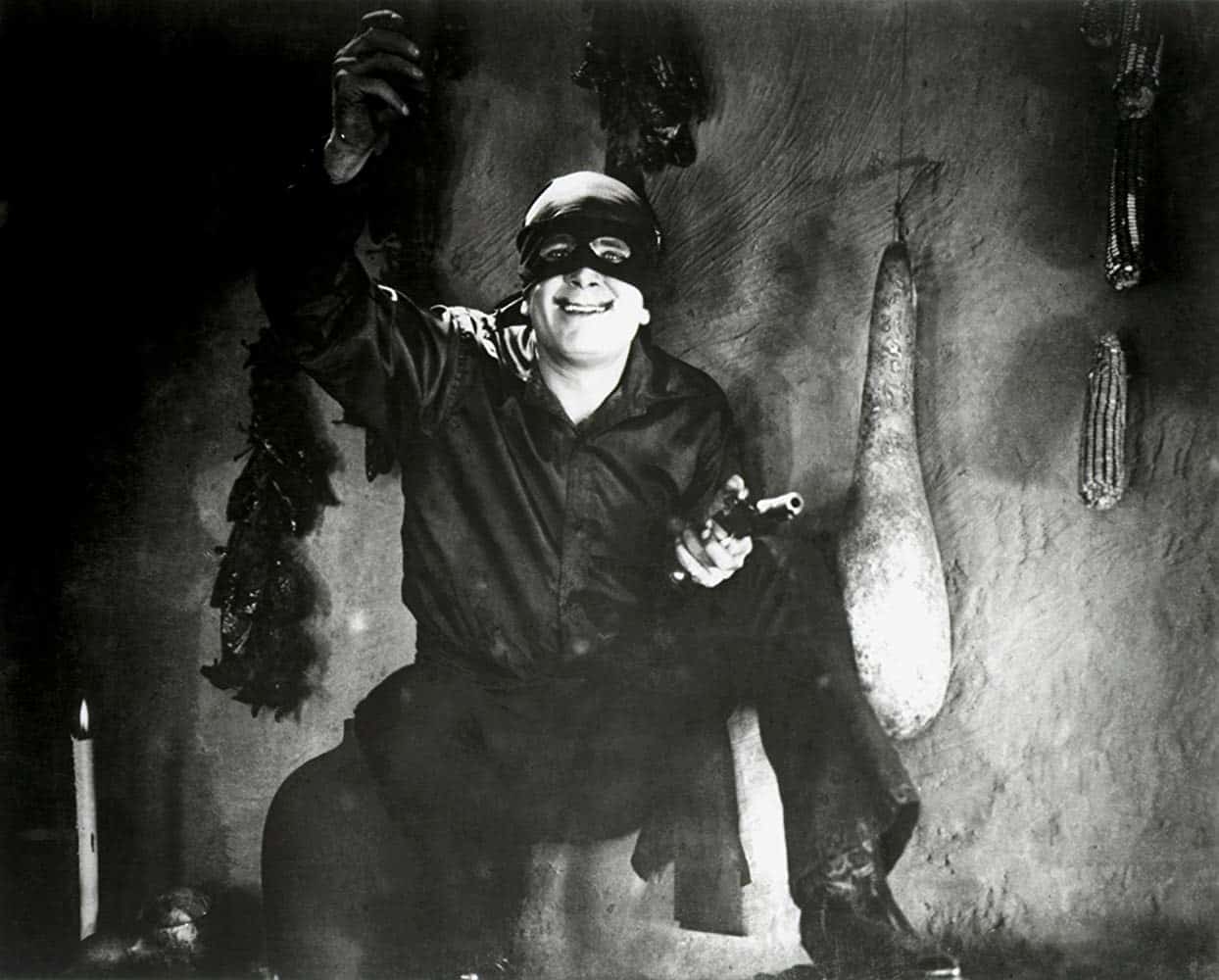 Batman first appeared in 1939 in Detective Comics. Bob Kane and Bill Finger based much of the Batman mythos off of Zorro in general and, specifically, the 1920 movie starring Douglas Fairbanks. Both Zorro and Batman were rich playboys by day and defenders of justice by night, each operating out of a cave.

Bruce Wayne’s name, though, began elsewhere. The name “Bruce Wayne” is a combination of two famous people form history. Robert the Bruce was a Scottish king, often associated with Braveheart, and “Mad” Anthony Wayne was an officer during the American Revolution. Put them together, you have Bruce Wayne. 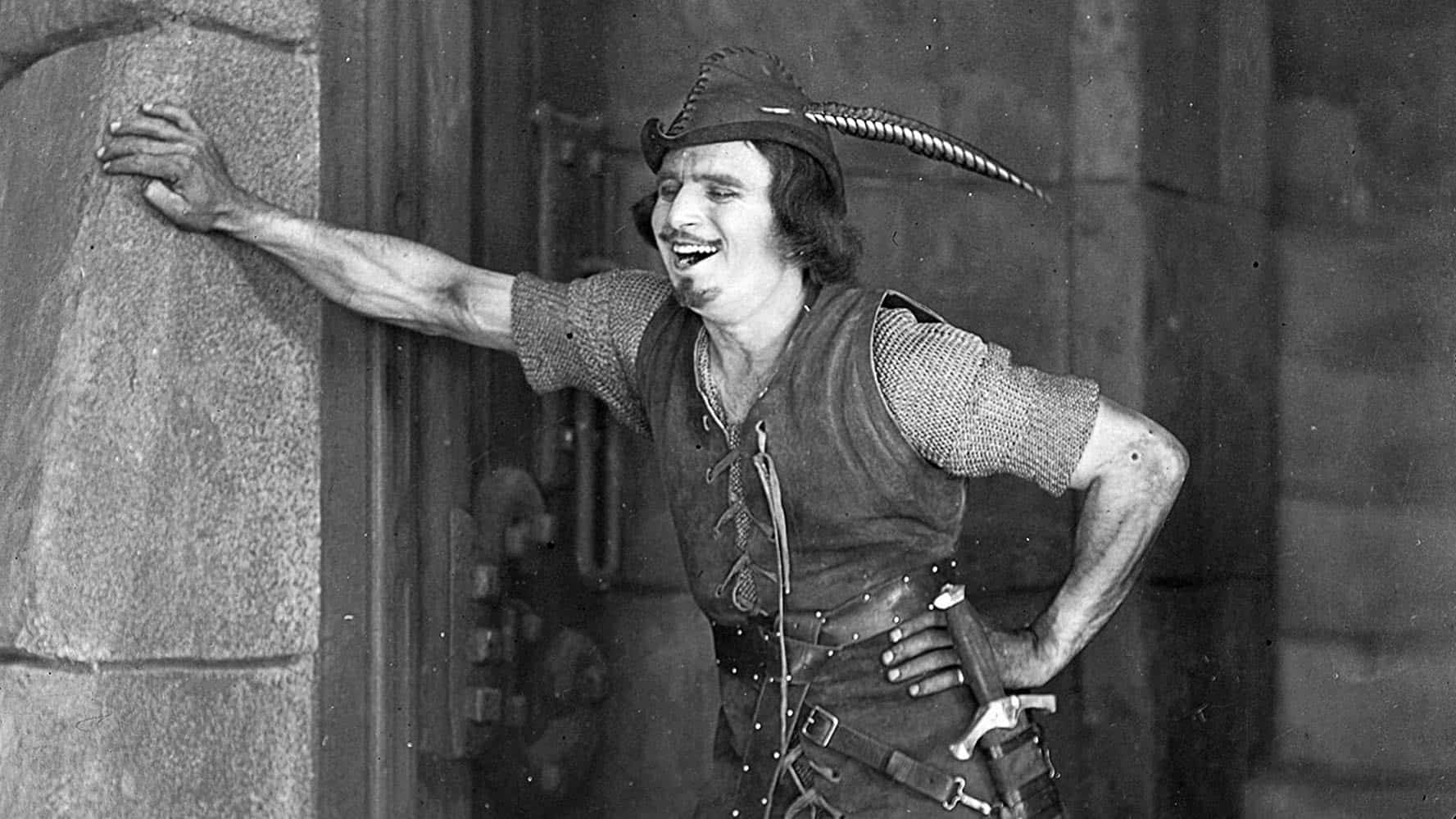 Ever wonder why early drawings of Batman and Superman looked very similar, just in different costumes? Both characters are based on Douglas Fairbanks! Batman was pulled from Fairbanks’ Mask of Zorro while Superman was pulled more from Fairbanks’ Robin Hood. Jerry Siegel and Joe Shuster used more actors to complete their creation of Superman, first seen in 1938. Though his “Clark” name came from Clark Gable, Superman’s bumbling Clark Kent persona was based on silent film comedian Harold Lloyd. 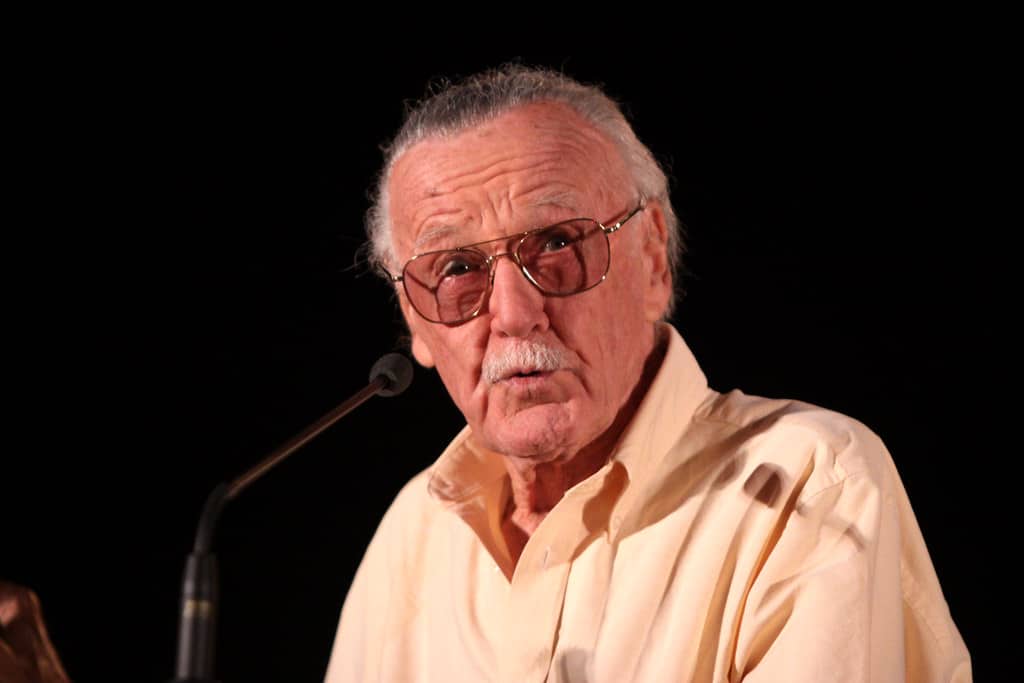 Saving the best for last, since it involves Stan Lee: J. Jonah Jameson

The always angry and irate publisher of the Daily Bugle was based on none other than Stan Lee himself. Since this man co-created some of the biggest names of Marvel, including Spider-Man, Hulk, Avengers, Iron Man, Thor, Fantastic Four, the X-Men, Daredevil, and Doctor Strange, as well as reviving the long lost comic character of Captain America, it makes sense that someone decided to pay tribute to the man by including him in a comic book. That someone was Stan himself along with artist Steve Ditko. Ditko drew Jameson to resemble Stan, and Stan based the editor-in-chief of the Bugle on how he thought he’d act if he were a “grumpy, irritable man” which he admitted to sometimes being.

As people rise to fame and stand out from all others, they often serve as inspiration to others. Many people want to be like them, others end up drawing them. The trend continues today. For example, a MODOK like knockoff, MODAAK, was created to resemble President Trump, and Hughie from The Boys was drawn to look like Simon Pegg. So, if you’re rising through the ranks of fame, watch how you act. It could determine whether someone ends up creating you as a hero or as a villain.

THE FIVE: Characters To Join The Next Avengers
September 17, 2021

Free Guy: Being a NPC has never been cooler
September 10, 2021
Recent News & Reviews