The 1950’s were a dynamic time for America and for Hollywood. World War 2 had ended and the Cold War was just heating up. Senator Joseph McCarthy’s rhetoric was starting to shape America as well, particularly Hollywood, with growing fears that America had been infiltrated by communists in the government, the entertainment industry, and several colleges and universities.

All of these tensions were reflected in the films of the time, as a way for filmmakers to react to the threat of communism and the atomic bomb through the metaphor of alien invaders. There was also the growing interest in space travel, with new technology opening up the possibility of space exploration and Hollywood filmmakers beginning to think about what one might find on a different planet. Films revolving around aliens were prominent.

‘50s Alien Movies in a Nutshell

While some are better than others, most films revolving around aliens exhibit certain tropes. They mostly deal with either alien invasion or planetary exploration, and were primarily low budget and oftentimes campy. The aliens tended to be simplistic, usually with actors in cheap outfits. They might wear a silver jumpsuit and a bucket on their heads, for example. Mars was often the planet the aliens hailed from. The “Red Planet” is most often depicted during this time period, with Venus coming in close second.

Many directors did alien movies, most of which are now virtually unknown due to not garnering enough attention. Vincent Price appeared in several of these films, as he did other science fiction works. The most important name in the industry however is George Pal, who is best known as the producer behind many of these and other films. If not for his work most ‘50s Alien Movies likely wouldn’t exist as they do today, as he is behind so many of these projects.

There are many great films that came out of this period, but here are just a few:

Invasion of the Body Snatchers (1956): While critically ignored when it came out, this film proves to be one of the best 1950s Alien Movies. In the film, aliens send seeds to Earth, which grow into perfect replacement copies of human beings sleeping nearby. The film is terrifying, presenting the idea that if aliens had the technology to replicate humans, it would be disastrous. After all, who would you trust? 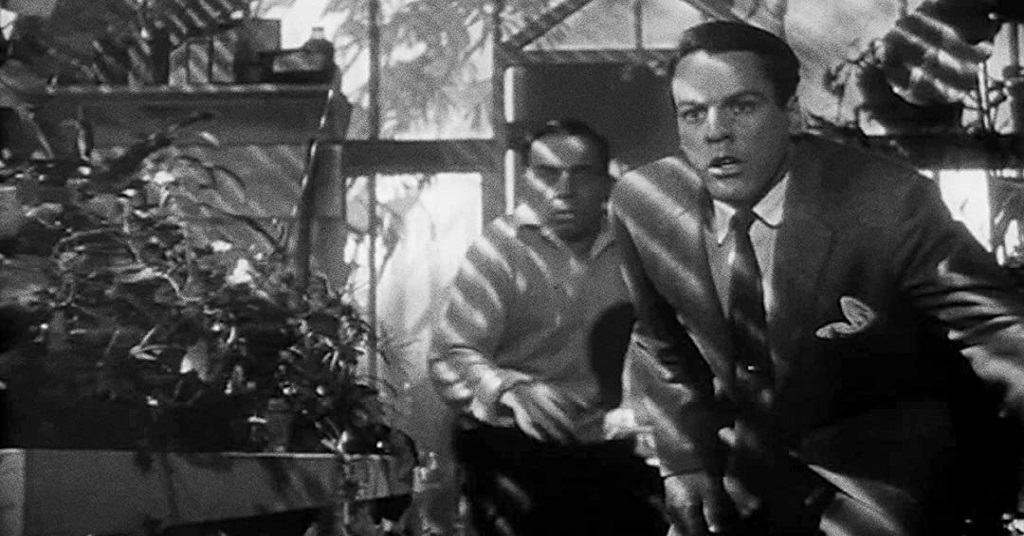 The Day the Earth Stood Still (1951): This film follows a humanoid alien as he enters Earth, stating that he has an important message. This film is interesting as it presents the aliens as not inherently evil, and instead as deliverers of goodwill. The alien is often compared to being Jesus Christ, with many notable allegories to the bible. You don’t have to be religious to enjoy the film, however, as it’s still an intriguing take on the alien invasion plotline and is a good time. 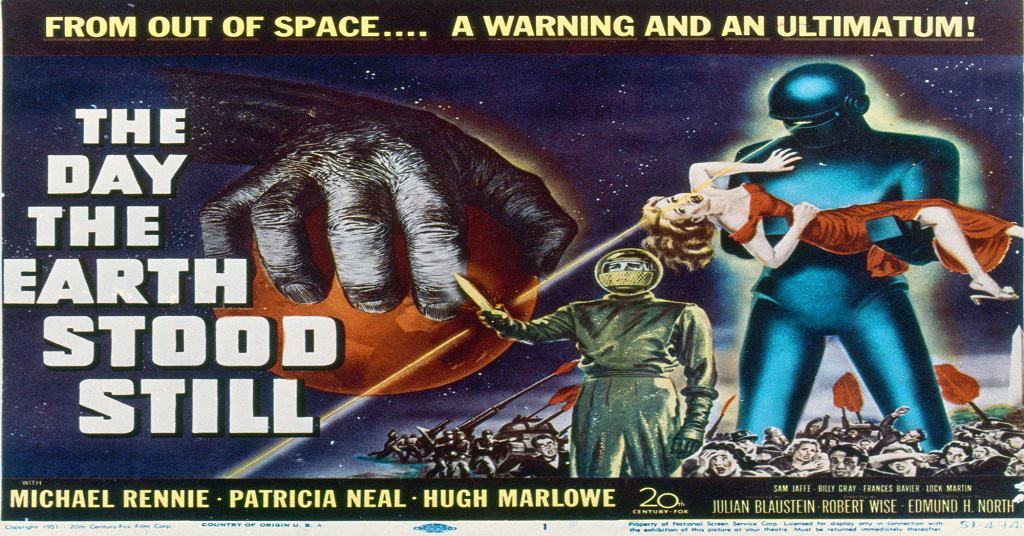 Michael Rennie (1909 – 1971) as Klaatu, followed by the powerful robot Gort on the poster for science fiction classic ‘The Day the Earth Stood Still’, 1951. American actress Patricia Neal is the damsel in distress. (Photo by Silver Screen Collection/Hulton Archive/Getty Images)

The Thing from Another World (1951): This film revolves around an alien frozen in the Arctic ice. An US Air Force crew accidentally defrosts it, causing it to try and kill all of them. This is a terrifying movie as not only are the characters having to deal with an alien, they’re also having to deal with being stuck in the middle of nowhere, where they can’t ask for help. This makes for a great watch. 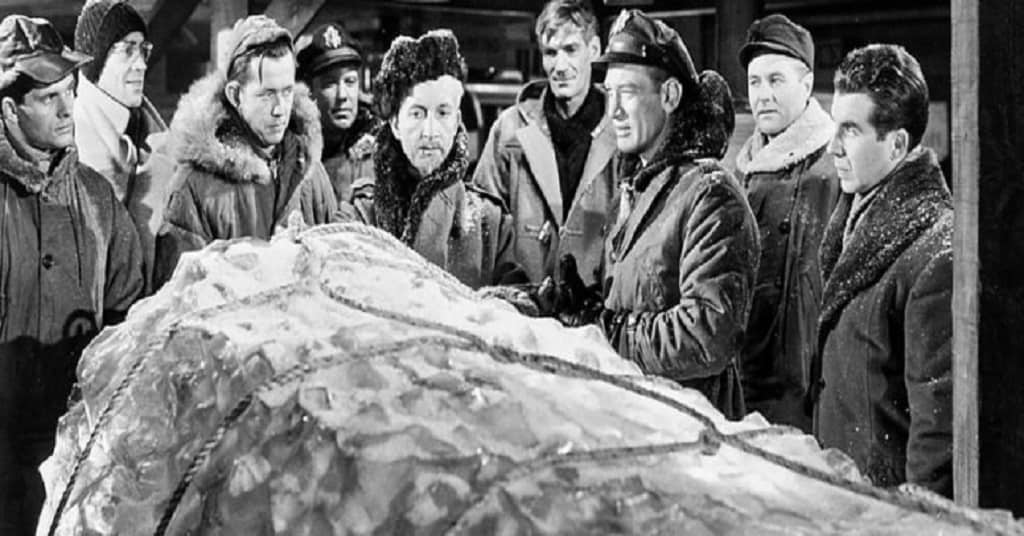 It Conquered the World? (1956): While this film doesn’t have the wild critical acclaim of the previous films, I see it as one of my underrated favorites. It follows a scientist who helps an alien, that secretly wants to conquer the world, as he feels an alien intervention would save the planet. While no one took interest in the film, and still don’t, it has some great performances and a terrifying creature. 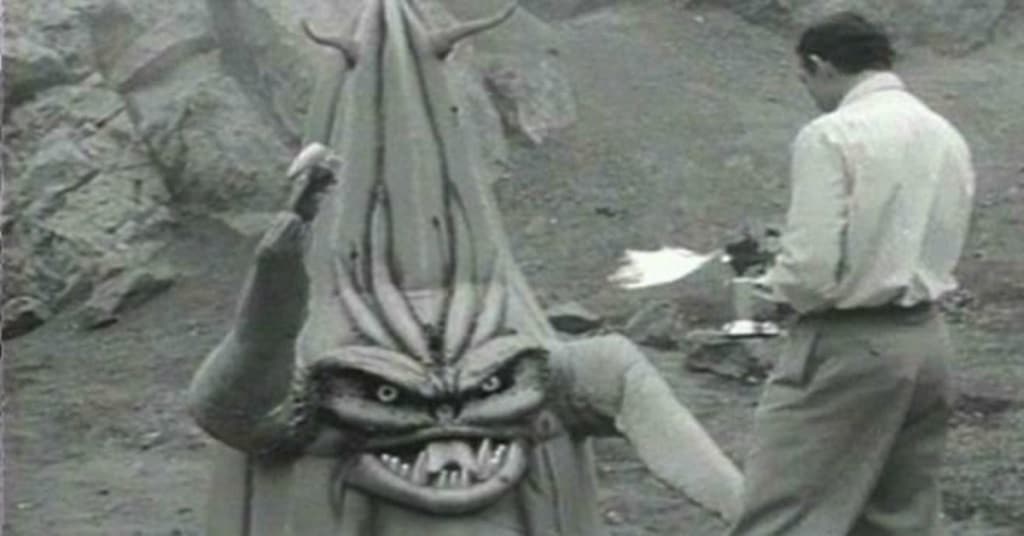 Forbidden Planet (1956): This film is not only excellent, it’s also the first of its kind. Set in the future, the film follows a starship as it travels to a distant planet to investigate the disappearance of a previous expedition. The special effects are engaging for it’s time and the fight scenes are as well. Interestingly, it’s also seen as an inspiration for works like Star Trek and Doctor Who. 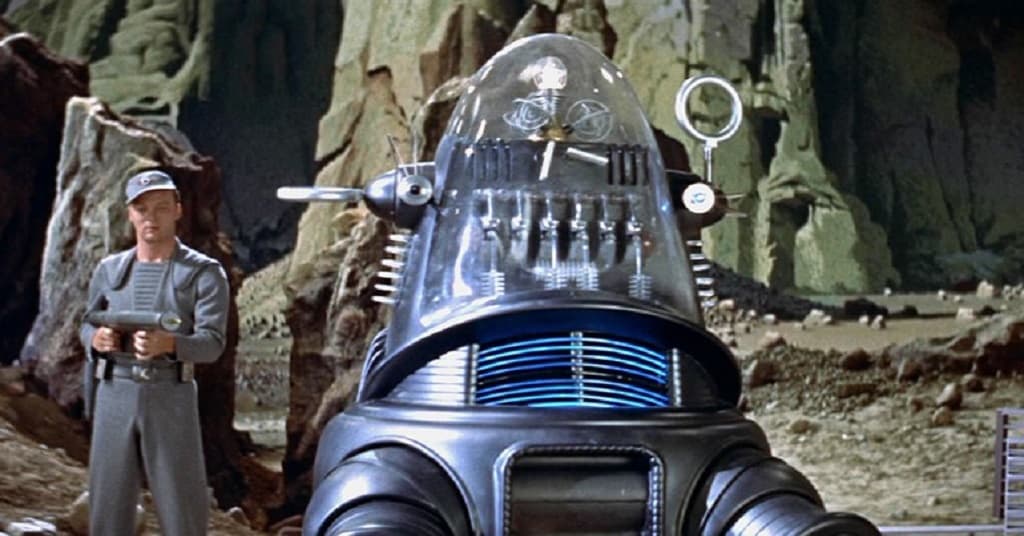 Ultimately, the 1950s alien movies all showcased the hopes and fears of many Americans at that time. While many were Capitalist propaganda and many got predictions of the future way off, many were also great films I would recommend.