A Quiet Place Part II: The Silence of the People 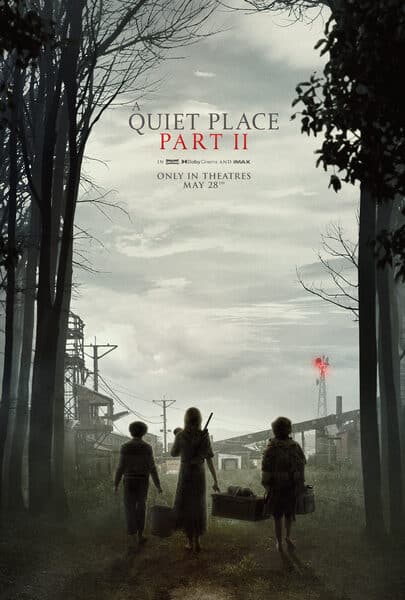 Reeling from the events of the first movie, the remaining members of the Abbott family set out to try to find what is left of society.

Sequels to hit movies can be tricky.  You must continue the story, forward character development, introduce new characters, find a balance between familiar aspects of the first movie with enough new material to make it unique, and satisfy a demanding and often finicky fan base.  A Quiet Place Part II aptly delivers. 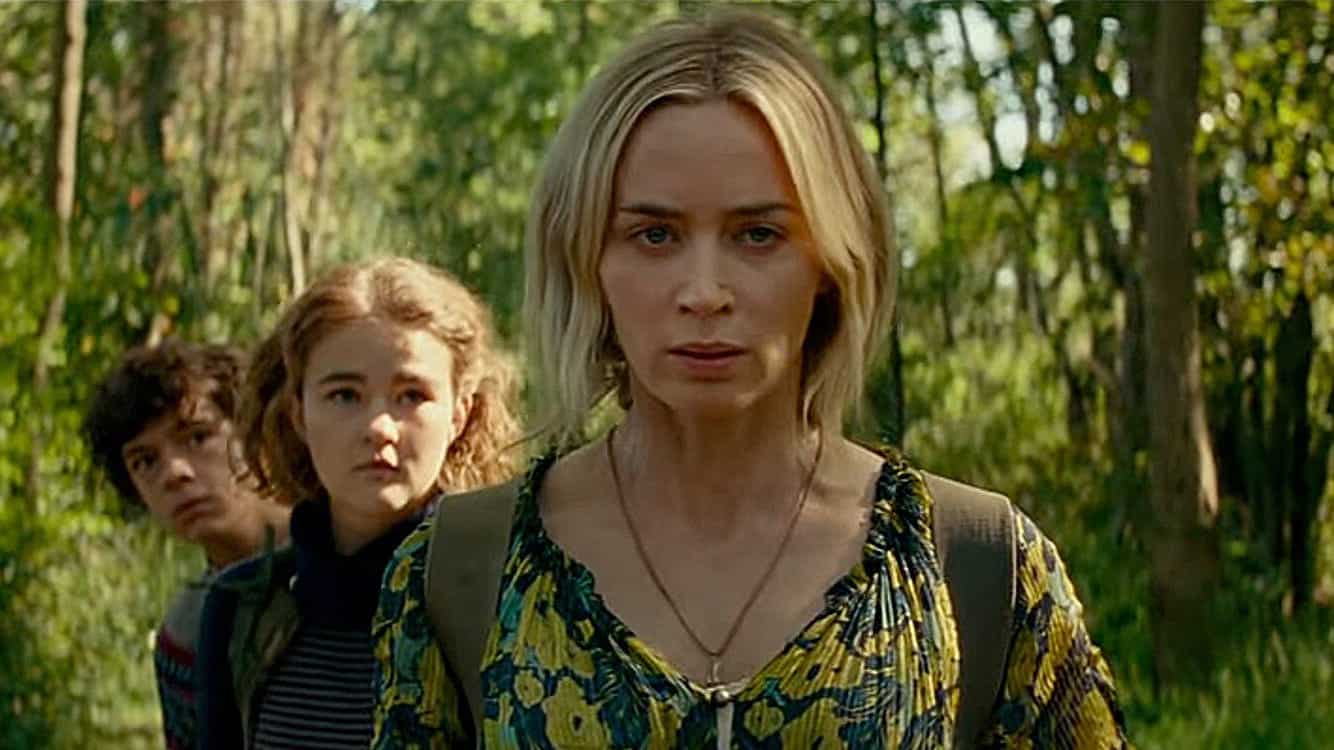 The movie begins with a flashback of the day the alien invaders arrived about a year and a half before the movies present period.  The Abbott family is at their son’s baseball game, when a fiery ball of flame and smoke can be seen hurdling through the sky.  As people are trying to leave, the blind and super-fast alien creatures attack.  This scene offers a look into a happier time providing contrast to the world they now live in, but more importantly, it introduces us to Emmett (Cillian Murphy) who plays a vital role in the film.  Back in the present shortly after the events of Part 1,  the surviving Abbotts, Evylyn (Emily Blunt), Marcus (Noah Jupe), Regan (Millicent Simmonds) and new born baby boy (Zachary Golinger, but he just cries some and has a non-speaking role) collect their things from their destroyed house and set out to find other survivors and to help the remaining population fight with the sound weapon generated by Regan’s hearing aid.  The family is still morning the loss of father and husband, Lee (John Krasinski).  The journey into town and stumble upon Emmett, who has lost both his wife and child.  Emmett has been hardened by surviving and the death of his family and lets the Abbott family know they are not wanted and lets them know that those that have survived are not worth rescuing.  Civilization has devolved in the aftermath of the alien attacks.  Regan discovers a radio station is still broadcasting a single song over and over again and sets out to try to broadcast the weaponized signal from her hearing aid.  At the pleads of Evelyn, Emmett chases after her to protect her and bring her back.  Along the way, the encounter danger of both human and alien forms. 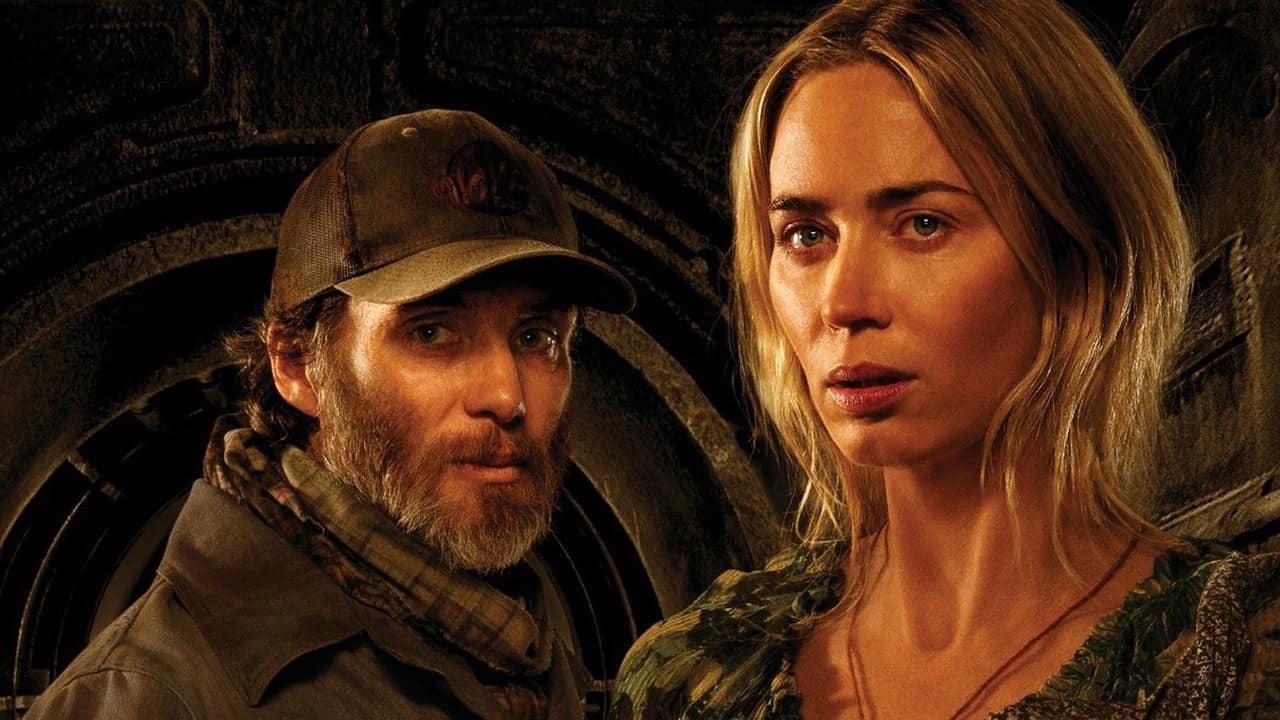 As with the first movie, this film is very intense with several moments of suspense and terror.  We take the noise we produce for granted.  We are not a quiet race naturally, so to attempt to live without making noise is terrifying.  On the surface, this movie could look like a rehash of the first film, but I think if you really watch it, get below the surface, it not only continues the story, forwards character development, and introduces new characters with their own story arc, but adds a new element to keep it interesting.  The first film was all about a single family and how they were coping.  The second film shows us what is happening with humanity.  It shows both the good and the bad.  Emmett is jaded and unwilling to help.  He has lost everything except self-preservation.  When Regan runs off, Evelyn must convince him to move forward and not give up on humanity, no matter how bad society has gotten.  There are good people and bad people.  There are people out there still worth saving. 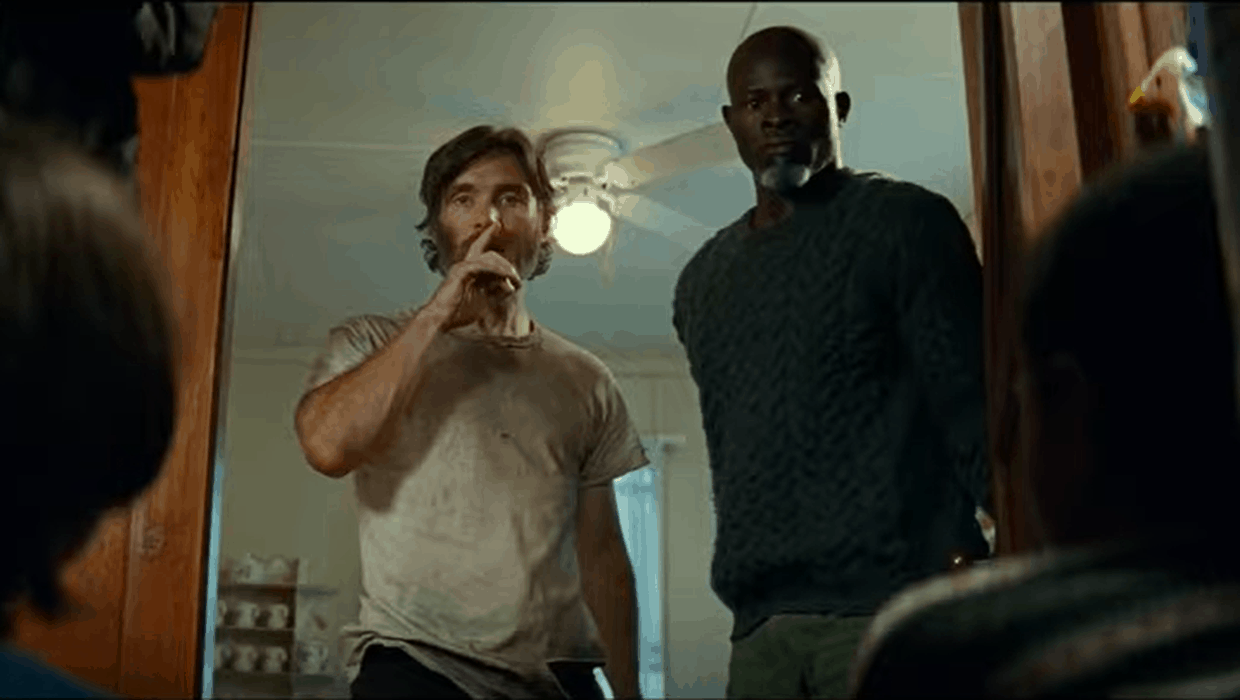 The production value is high, with the special effects seamlessly interwoven into the story.  The settings are both startling at times and atmospherically creepy.  The acting is excellent, especially for a horror movie, with both Emily and Cillian giving heart felt performances especially with little dialogue.  Millicent, who is deaf in real life, does an amazing job relating dialogue in a language that is foreign to most of the population.  Her facial expressions and body language conveyed every emotion as she experienced it.  The script is well written and the story flows gracefully from scene to scene. 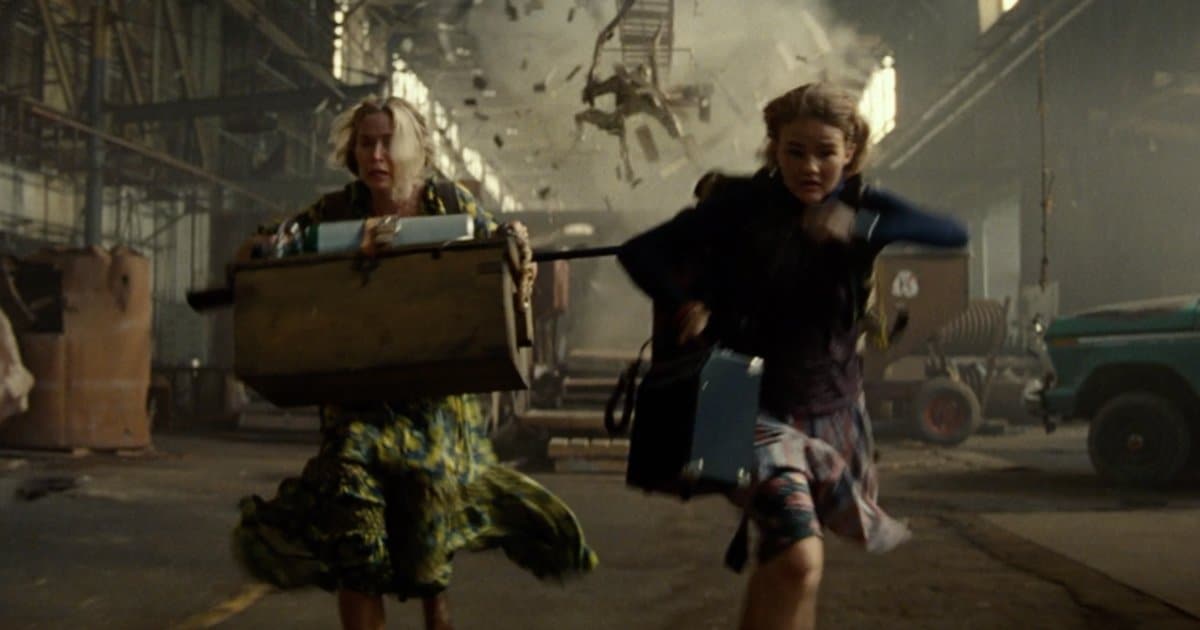 I really like the first movie and enjoyed the second.  Emily Blunt has said that husband Krasinski has an idea for a potential third installment.    There are some unanswered questions that could be used as plot devices.  Mainly, these creatures do not seem smart enough to have built interstellar vehicles, so how did they travel here and for what purpose.  Were they sent? Did they crash land? Hopefully we will find out if (when) a third move comes out.

Overall, the film is well done, the acting is amazing, the story flows nicely and the action scenes are intense and terrifying.  A fun film to watch if you are a fan of the alien creature horror genre.

A Quiet Place Part II: The Silence of the People