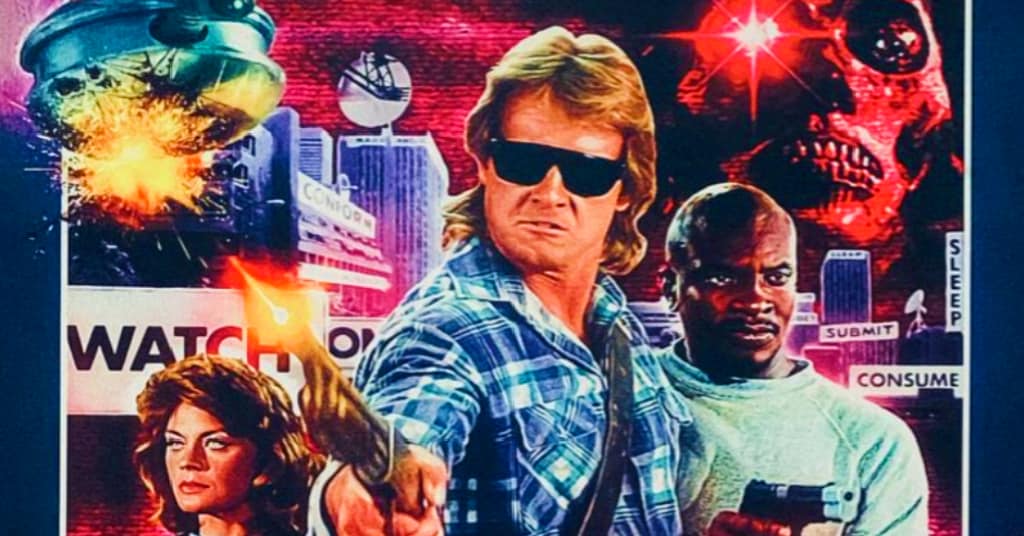 If you've suspected that the ruling class is not of this world then you have been right all along. John Carpenter's They Live! proved that the elite are in fact alien trespassers with a sinister agenda (don't tell your boss that.)

They Live! follows John Nada, a wanderer that finds himself in L.A. John gets a construction gig and befriends fellow construction worker Frank. Frank helps John get situated at a local shantytown. The men witness a hijacked broadcast on television warning them of a horrifying discovery. The person that hacked the broadcast claimed that the population was being actively brainwashed and their behavior was being modified. 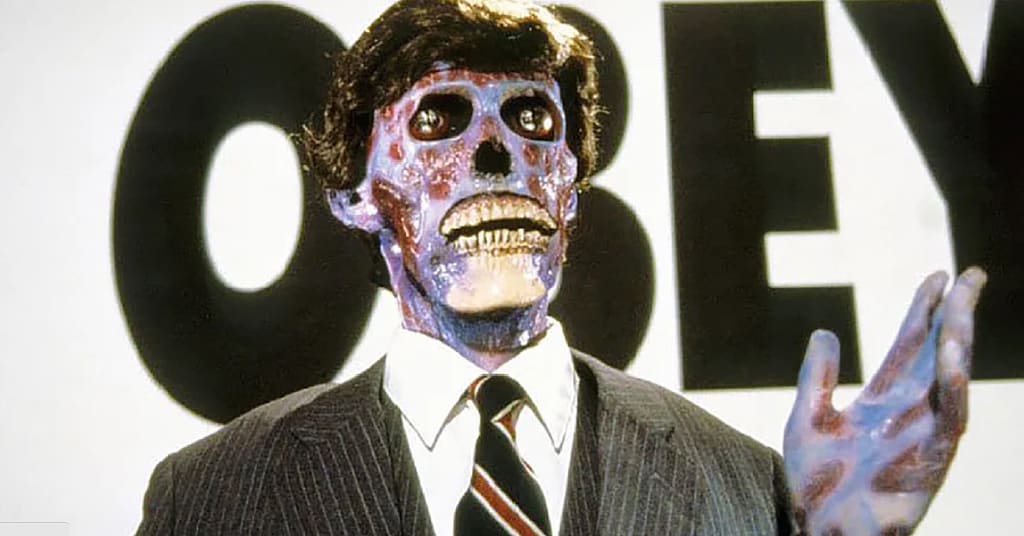 Nada discovers the man that runs the shantytown, Gilbert, is actually in cahoots with the broadcast hacker and eavesdrops on their conversation at a nearby church. The men are part of a group that is aware of strange happenings and the truth about society. They mention “Hoffman Lenses” but sense Nada’s presence before he can hear more.

The next night the Shantytown is raided by police and Gilbert and the hacker are brutally beaten by authorities. Nada goes to the church and retrieves one of the Hoffman Lenses from an entire box-full at the church, hiding the rest as he leaves.

Nada puts the shades on and discovers that they reveal the truth: aliens are among them. They are the rich, the powerful, and the ones who make all the major decisions. Nada goes on a wild crusade to kill as many of the aliens as possible and expose the truth. He manages to get Frank’s help as well and the two rally with Gilbert, who is revealed to be part of an anti-alien resistance. 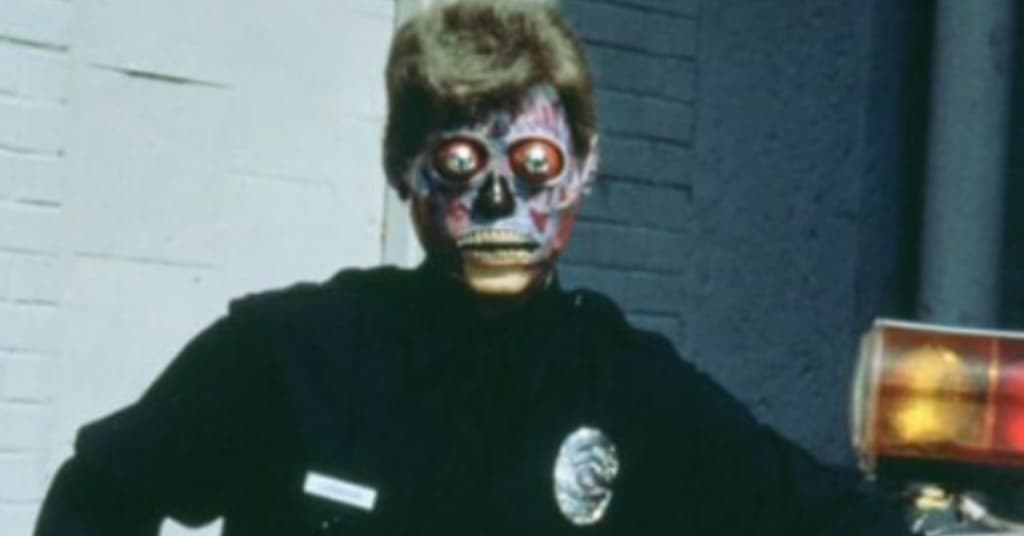 Nada and Frank attend a resistance meeting where they learn the aliens’ plot. They have been using global warming as a guise to change Earth’s atmosphere into one more fitting to their own biology. They have enlisted the help of humans by giving them money and high-ranking positions.

Nada, Frank, and Holly, a television broadcast employee that has learned the truth, are forced to flee the meeting when aliens show up to destroy the resistance. Thanks to alien tech, the trio find themselves inside the alien facility where the signal that indoctrinates the Earthlings is being broadcast. Holly exposes herself as a turncoat and kills Frank. Nada’s last moments are spent destroying the transmitter allowing the planet’s humans to see the truth for themselves.

John Carpenter is a genius. Carpenter drew from many different sources of inspiration but it still takes a true creative to interweave ideas together into something truly brilliant. The not-so-subtle social commentary has aged like a fine wine and is just as relevant decades later as it was originally. What a concept.

They Live has got it all. Roddy Piper and Keith David are amazing in their roles as freedom fighters with a new purpose. Meg Foster is the perfect secret villain. They Live has the deep subtext and innuendos that every great social commentary requires. It also is crass and crude enough at times to still keep audiences interested. Roddy Piper was the perfect pick for the role of Nada, especially when he ran out of bubble gum.

A good alien flick sticks to the brain like a ketchup stain on a white tee. No matter how much you want to ignore it, it’s a reminder of fragility. Our society sadly is not that far off from the horrifying one featured in the film. Only today, we are programmed by smartphones, not television. 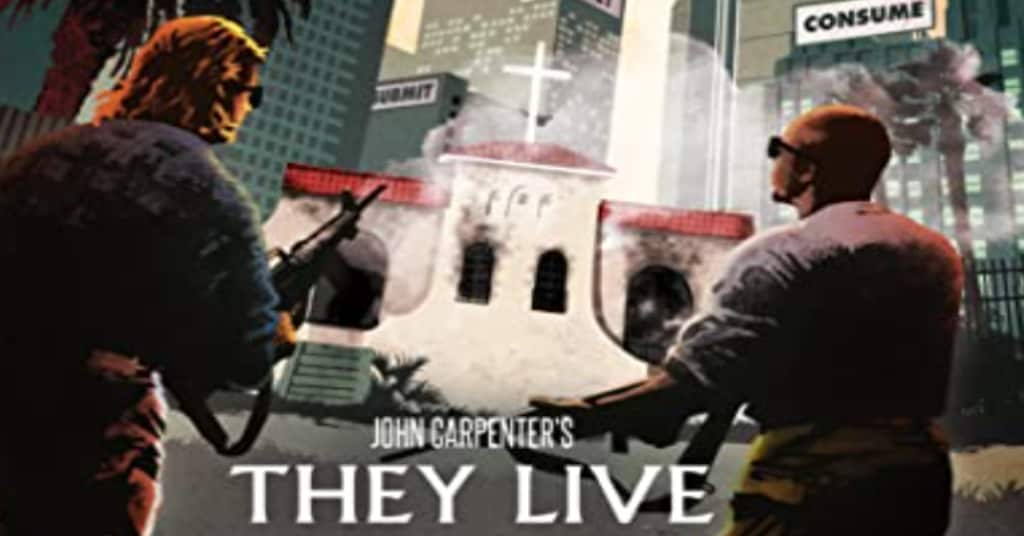 They Live! is impactful, thought-provoking, and engaging enough to follow all the way through. John Carpenter created the clear response to Reaganomics and the growing power of media that he intended. It's got action, a strong message, and some creepy-looking extraterrestrials. Similar to The Matrix, it presents viewers with an ultimatum. You can view the world for what it is, or you can go back to enjoying scheduled programming. Personally, I favor a good binge over a rabbit hole any day. 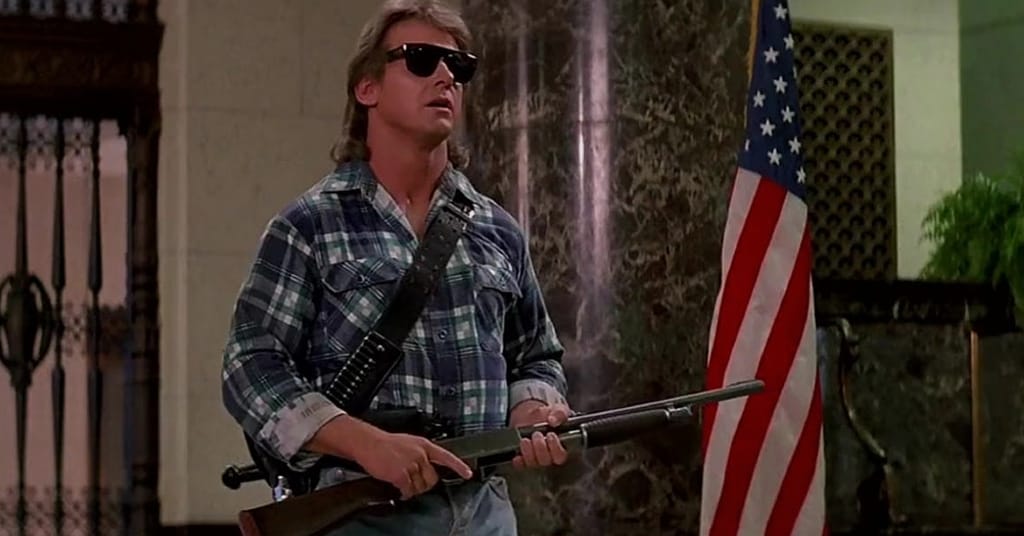