Alita Battle Angel: An Anime That Should Have Been 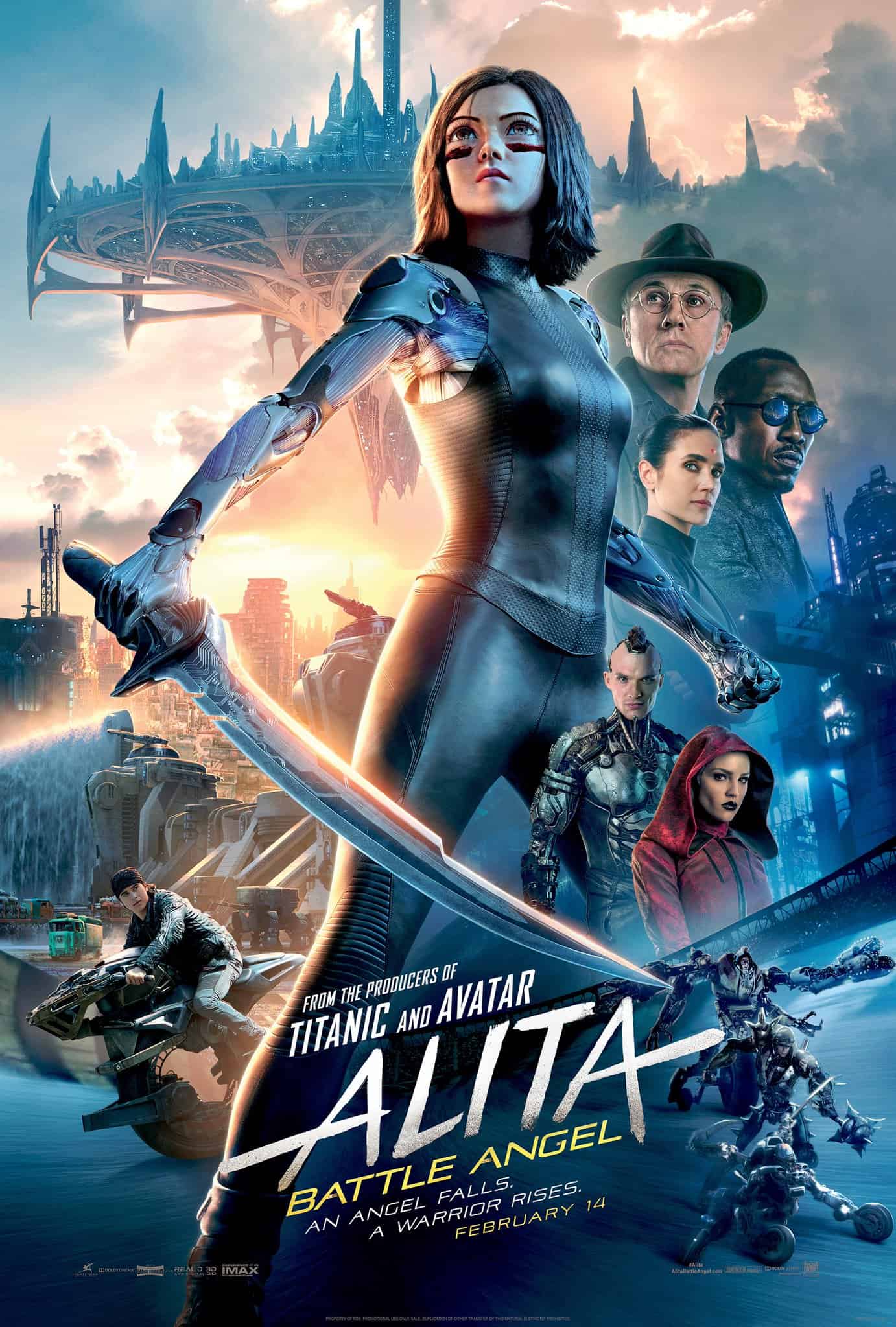 Official Recap: From visionary filmmakers James Cameron (AVATAR) and Robert Rodriguez (SIN CITY), comes ALITA: BATTLE ANGEL, an epic adventure of hope and empowerment. When Alita (Rosa Salazar) awakens with no memory of who she is in a future world she does not recognize, she is taken in by Ido (Christoph Waltz), a compassionate doctor who realizes that somewhere in this abandoned cyborg shell is the heart and soul of a young woman with an extraordinary past. As Alita learns to navigate her new life and the treacherous streets of Iron City, Ido tries to shield her from her mysterious history while her street-smart new friend Hugo (Keean Johnson) offers instead to help trigger her memories. But it is only when the deadly and corrupt forces that run the city come after Alita that she discovers a clue to her past – she has unique fighting abilities that those in power will stop at nothing to control. If she can stay out of their grasp, she could be the key to saving her friends, her family and the world she’s grown to love.

I admit, I was initially drawn to this movie primarily by the beautiful post-apocalyptic, cyberpunk CGI setting seen in the previews. There is also a powerful theme at work with Alita, in which a young person is asked to be a savior, even though they don’t feel up to the task. It appeared that, if both sides of this premise were done well, Alita: Battle Angel had the potential to be an incredible experience; unfortunately, only one side of the coin was minted clearly.

Iron City and the floating island of Tiphares are impeccably rendered with exquisite detail. It was quite easy to experience Alita’s initial wonder and awe with her as we discovered the decrepit and colorful surroundings of the urban sprawl. Throughout Alita BA, the CGI continued to stun, from the nearly flawless-looking cybernetic humans, to the the eye-melting sequences of the high-speed death-sport of Motorball.

The ultra-quality of the CGI would have been ideal for an immersive experience, if it were not for a few glaring flaws. I understand the aesthetic direction of wanting to make Alita look like Alita, and though beautifully done, her CGI-enhanced, too-human face painfully clashed with the actual faces of the rest of the cast no matter how hard I tried to stop seeing it. This led to a valley-of-the-dolls effect that continuously reminded me that I was watching a movie made with CGI effects, and I’m usually very good at turning that part of my brain off (Grewisha’s head didn’t help things either). What began to happen is, every time a human-faced character interacted with Alita, I felt like an actual person was interacting with an animated person, giving me a most jarring experience (one akin to Space Jam or Roger Rabbit) that continuously distracted me from any semblance of immersion. Alita just looked too close to human for my brain to accept that she only looked different from everyone else, as opposed to being a CGI mask. The illusion wasn’t perfect, making me wish everyone had a CGI face. It became very apparent early on that this movie should have been an anime (CG or not) as opposed to a hybrid adaptation. There are many areas where Alita BA failed in this regard, but I’m not going to bore you with a dissertation.

Rosa Salazar (Alita), Christoph Waltz (Dr. Ido), Jennifer Connolly (Chiren) and Mahershala Ali (Vector) give solid, sober performances. These clash and indirectly exaggerate the already over-the-top, anime-accurate portrayals of the Hunter Killer villains. This was another jarring conflict onscreen that made me wish I was watching an anime instead. Much of the movie’s expositional dialogue is uttered by Hugo (Keean Johnson), which resulted in making the character somewhat vanilla and uninteresting early on. Unfortunately the character never shakes off that poor first impression, and he and Alita’s romance feels shallow and smitten, making the stakes of their relationship seem forced and manufactured.

Alita is well-acted by Rosa Salazar, and the character is immediately endearing and strong. Unfortunately the cumbersome plot rapidly pulls us through Alita’s development, and I soon found myself not really connecting with her motivations, or really caring about them. So much care went into crafting this character, then they hurled her like a bowling-ball through the events of the film, which is truly unfortunate. Using Motorball as a way to weave Alita through the narrative felt gratuitous and unnecessary, and the way the sport was elucidated felt dated. I truly cringed at a few points of Alita’s “character growth spurts”, which really exhausted any reservoir of optimism I had about half way through the film. As Alita BA careened towards its final act, I was scrambling to find motivation to care about what was happening and shaking my head at the how.

I really wanted to like Alita: Battle Angel, but the filmmakers built a masterpiece and then tore it down before it was even released. Alita deserved more.

Alita Battle Angel: An Anime That Should Have Been