Antlers: Hunger of the Wendigo 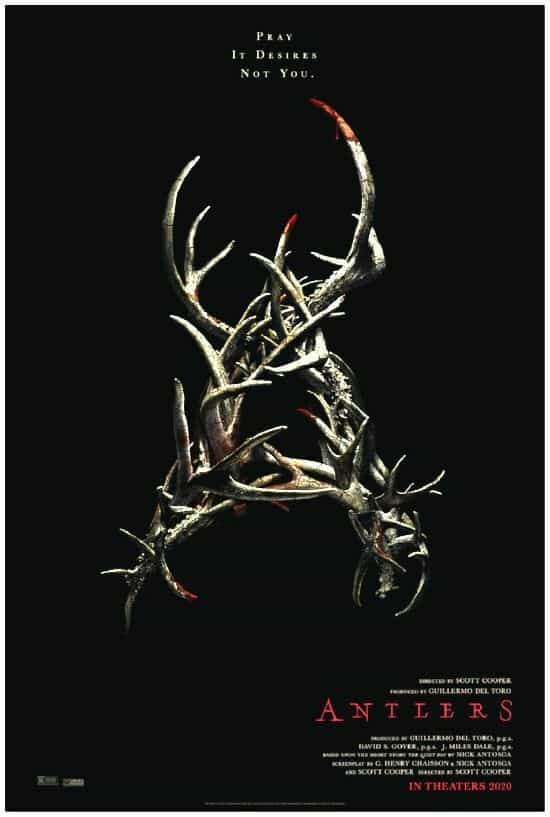 A young boy in a small Oregon mining town tries to care for his younger brother and father who are transforming into ravenous monsters.

‘Mother Earth has been pillaged, stripped of her life’s blood. A violation that has awakened the Malevolent Spirit. Seeking the lost, the frail, and the depraved. Pray it desires not you.’

This is the opening quote to the movie Antlers spoken in an indigenous American language, and hits on one of the many themes in the movie, it also gives us a better understanding to the mythos of the creature at the heart of the story.  The Wendigo is a mythological creature form the Algonquian speaking First Nations in North America.  They are monsters that have an insatiable appetite for human flesh and are the embodiment of gluttony, greed and excess.  They are never satisfied and always starving. 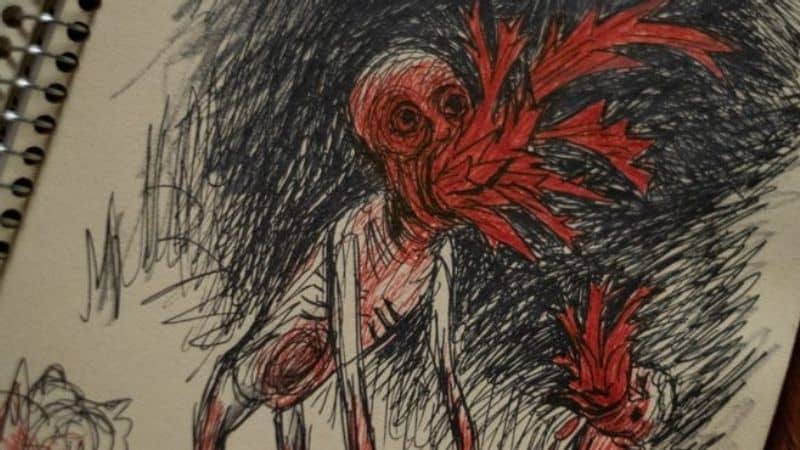 Antlers takes place in a small mining town in central Oregon.  With the mine currently decommissioned, but slated to reopen, many of the town’s folk are starving and struggling to survive.  The story centers around Lucas Weaver (Jeremy T. Thomas), whose father Frank (Scott Haze) and seven-year-old brother Aiden (Sawyer Jones), were attacked by an unseen creature in Frank’s meth lab in one of the closed mine shafts and have started to transform into something else.  Frank, in an attempt to protect Lucas, locks himself (and later Aiden) in his attic. In trying to keep his family together, Lucas brings them freshly killed animals.  But a visit by the school principal, unleashes Frank, now fully transformed, into the wild and the bodies begin to pile up.  Lucas’ new teacher, Julia Meadows (Keri Russell), takes an interest in Lucas and begins to investigate his home life in an effort to save him from the abuse she suffered at the hands of her father.  Her brother, Paul (Jesse Plemons) is the town Sheriff and investigating the recent increase in corpses. Can Lucas survive what his family has become? 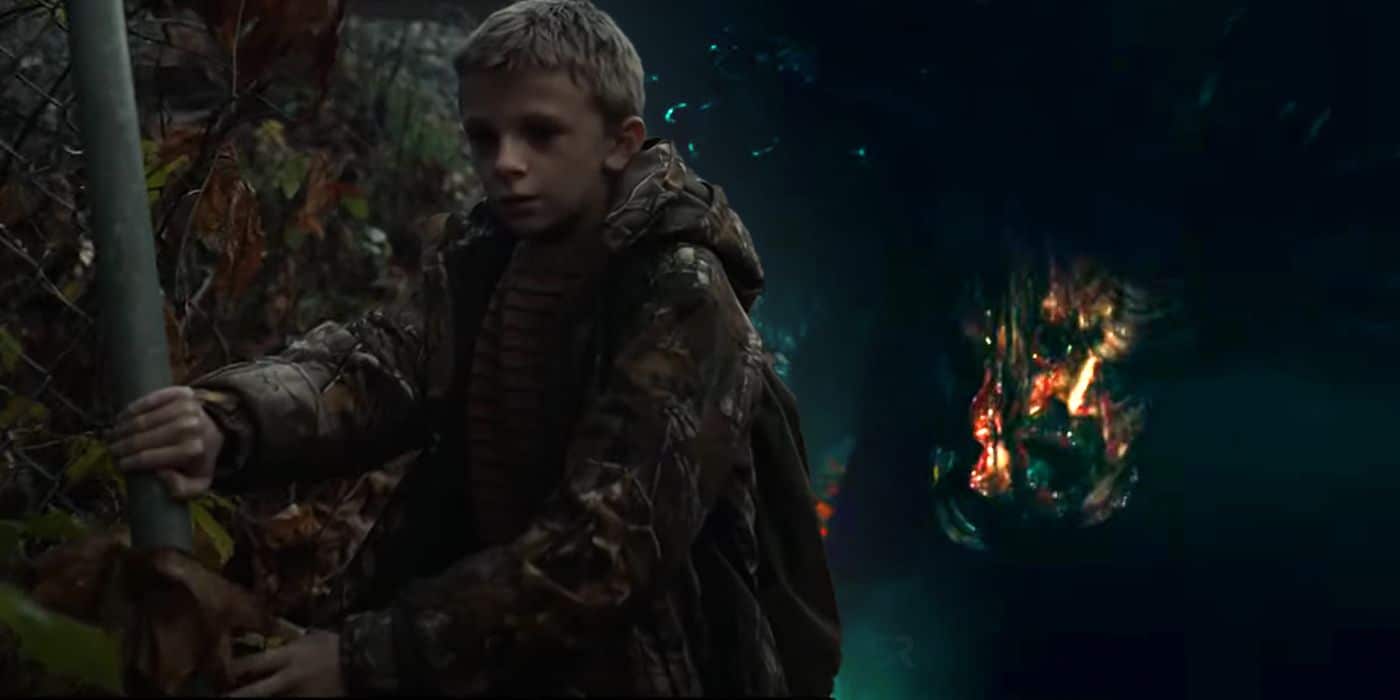 Produced by Guillermo del Toro, and directed by Scott Cooper, the movie is dark and atmospheric, with a kind of beauty in its desolation.  The cinematography is gorgeous, and the performances are all strong.  Keri Russell and Jesse Plemons (Breaking Bad) do a great job as estranged siblings who re-unite after their father’s death.  Both are dealing with past physical abuse from their father and resentments about the history they share.  The two actors create likeable but damaged souls.  Their past is seen in brief flashbacks and dreams which doesn’t overpower the movie but gives dimension to the characters. Jeremy T. Thomas as Lucas really shines as the gaunt child victim suffering years of abuse who is just trying to keep an already fractured family together.  Lucas’ father, Frank, played by Scott Haze does a great job as a man that loves his children, but has also abused them. The allegorical plot of the monster within us all and the correlation to child abuse is abundantly clear.  Being able to say goodbye and leaving loved ones for your own safety and health.  The opening quote sets up an environmental aspect to the movie, but this never seems to be mentioned again except for possibly in background conversations. 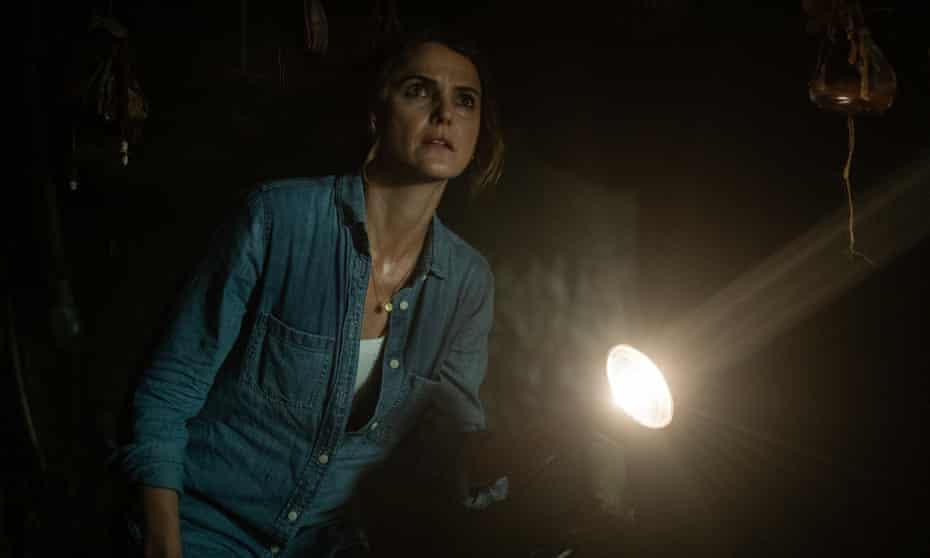 Unfortunately, the movie seems to get lost a bit.  The movie has a nice rhythm, but the pacing is a bit slow in the beginning.  There were missed opportunities to elevate the film above the normal monster movie and make it something a bit more spectacular.  Julia talks about the morality hidden in myths and folklore.  What do fairytales teach us?  But they never really explore what lessons we could learn from the Wendigo.  In addition, the film is also overwhelmingly depressing.  A film needs a balance of highs and lows, comedy and drama, light and dark.  This movie is all lows, drama and dark. 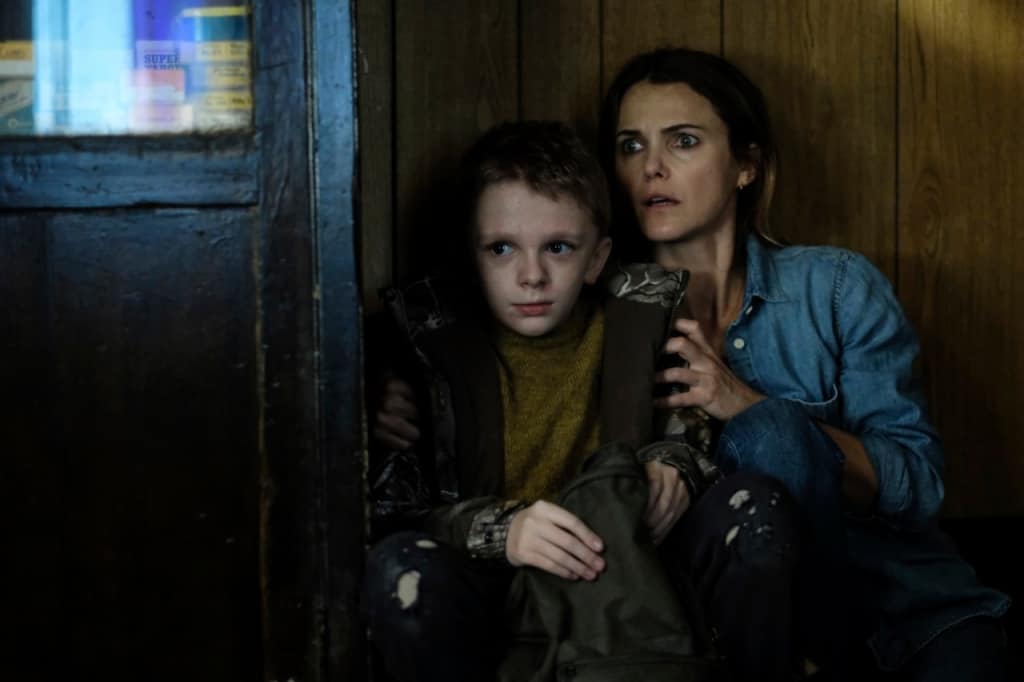 As mentioned above, the production value is very high, but we never really get a good look at the monster.  A few quick flashes near the end, give us a clear image, but for a movie called “Antlers”, I would have liked to have seen the antlers on the creature a bit more.  I also would have liked the “rules” of the monster a bit more defined.  It is stated how to kill it, but it isn’t stated how one gets possessed.  Is it by physical transfer, proximity or the greed in our hearts?  Here, the rules seem much more random.

Overall, I liked this movie, but I didn’t LOVE this movie.  It had some great performances, and the cinematography and direction were stunning.  The setting was both gorgeous and desolate, but a bit too depressing.  It felt like it could have done something spectacular, but missed and became a standard monster flick.

Antlers: Hunger of the Wendigo