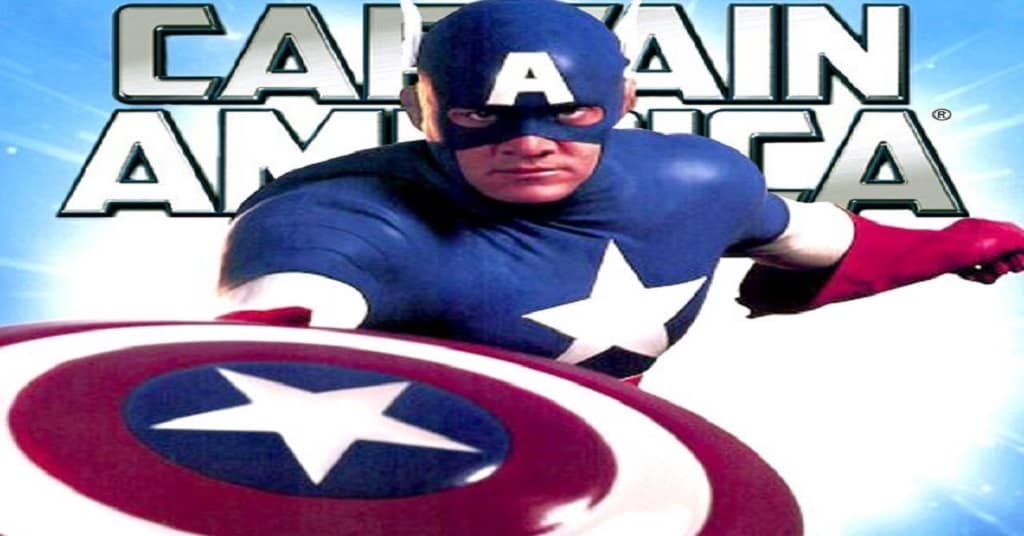 After being frozen in Antarctica, Captain America returns to defeat the evil Red Skull. 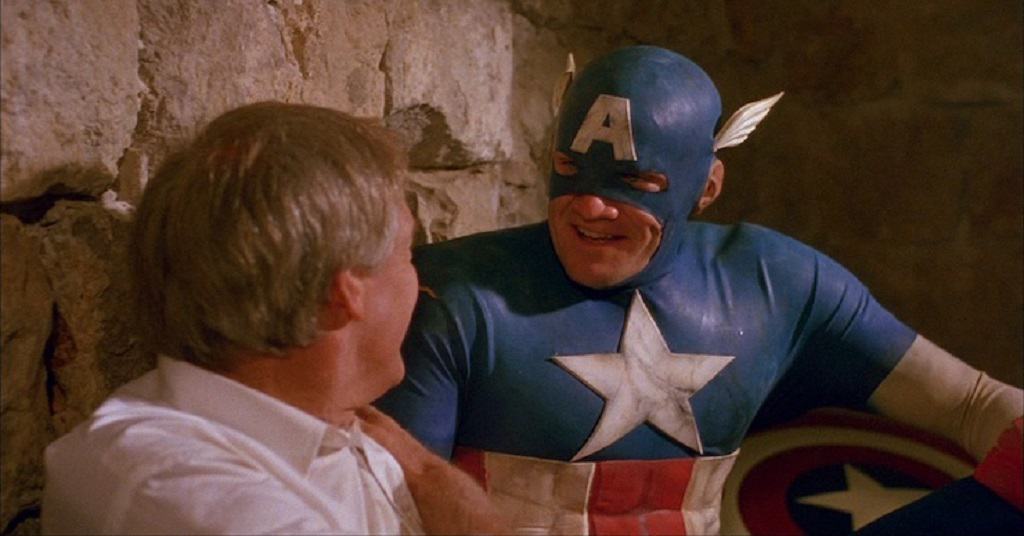 This may be a surprise to my younger readers, but superhero movies weren’t always as popular, and well made, as they are today. This is partially because of the changing role of comic books in our culture, from low culture trash to a medium studied like literature, with titles like Maus and Persepolis being viewed in a light similar to The Great Gatsby and Lord of the Flies. The altered public perception of comic books is at least partially what has changed the nature of superhero films over time, from campy action films to highly praised, high budget productions. 1990’s Captain America came before superhero films had high budgets, but still is an interesting film.

While the more famous 2011 film took place almost entirely before the character was frozen in ice, this film instead decided to complete this backstory in the first twenty minutes. I actually preferred this to the newer version as this film was able to just be a superhero film without being an origin film.

Another thing I found interesting plot wise was the decision to rewrite history. Instead of Reagan, we get a president who wants to save the environment and won’t back down from his goals. Ultimately, this presents, at least for a modern audience, the ultimate sympathy towards this character as he’s trying to do something good. And like with a lot of the film’s characters he’s just shown as a genuinely good guy where most films have a president that has some sort of dark side. 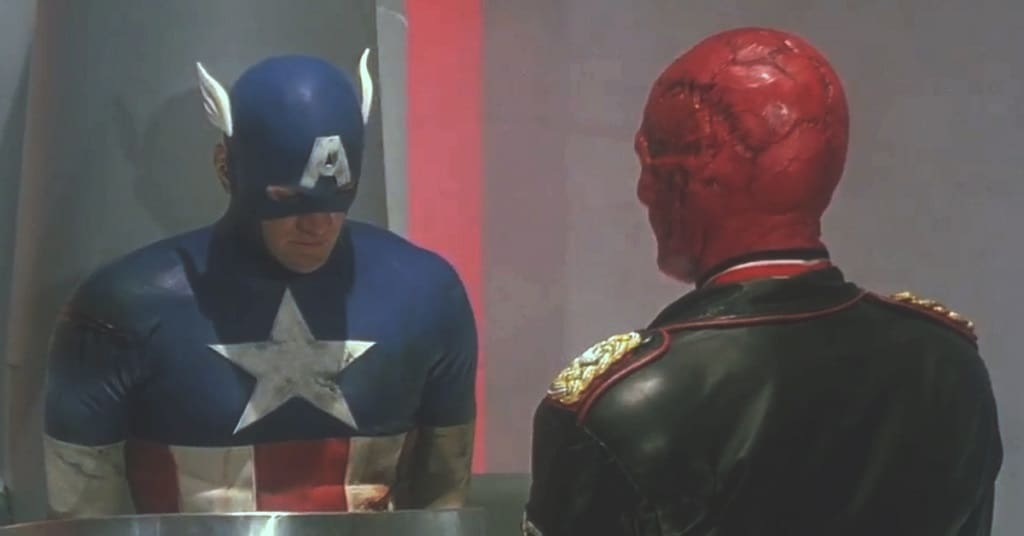 Ultimately, this movie doesn’t shy away from its own campiness. It knows what it is and it doesn’t try to be anything else. It’s comparable to a number of the games I used to play as a kid, where I would invent characters in my head that would be ridiculously overpowered because I didn’t want the characters I created to have any flaws and none of the plots involved any real conflict too great for the hero to handle. I’m not going to pretend that I’d watch this type of film every day of the week but sometimes you need a break from moral ambiguity and a well-developed plot.

This film is silly, doesn’t obey physics, and contains a costume comparable to the TV shows at the time, but it’s an easy hour and thirty seven minutes of action, suspense, and fun that’s simple, easy, and perfect for viewing with friends. 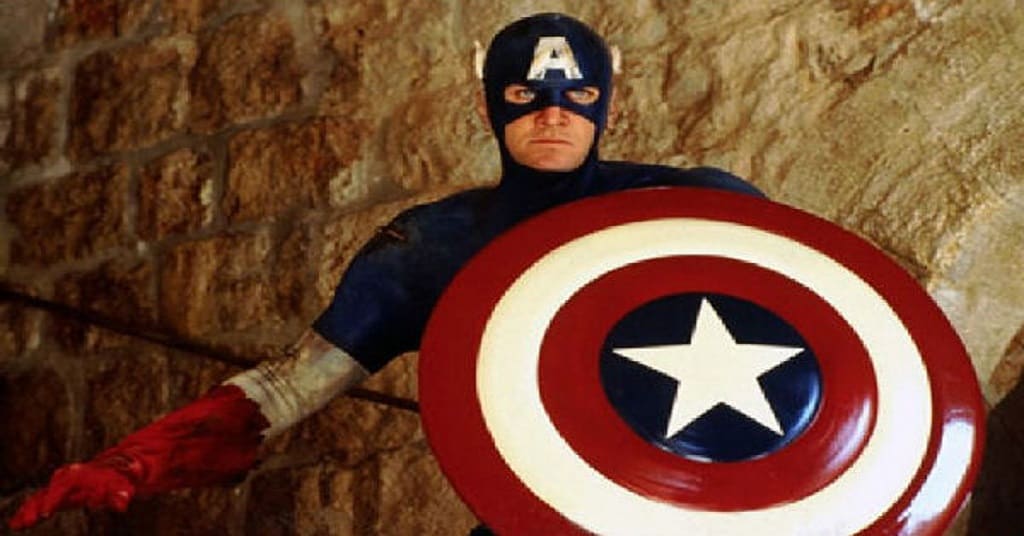 While this isn’t the best film of all time, it’s still a fun flic. 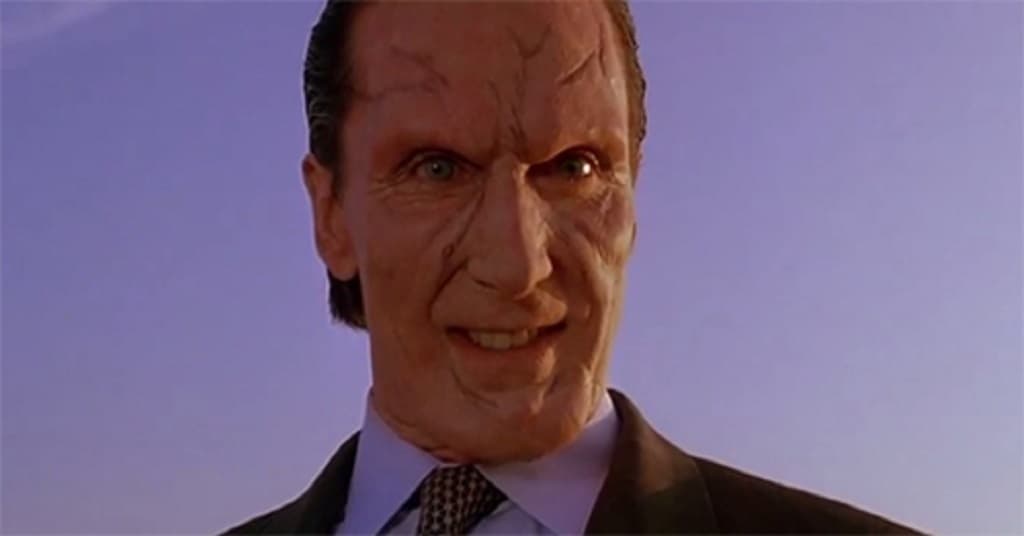