Movement is picking up on the Fantastic Four reboot for the Marvel Cinematic Universe. Recent rumors indicate they are beginning their search for actors to fill out the cast (of course who is in the film is top secret and under wraps). The fans, including myself, are clamoring for John Krazinski and Emily Blunt to play Reed and Sue.
For this inaugural Comic-Watch feature we’re calling Casting Call we will be looking at various heroes and who we think would be good choices to play them when they arrive in the MCU. For our first hero we’re going to look at some actors who might make a great Johnny Storm, the Human Torch. I’ve always been very vocal about keeping the MCU films as close as possible to the source material. Comic book and movies are two very different mediums yet very much alike. A film’s storyboard is a great example of the overlap between the two mediums as it is virtually the movie in comic book form. For me, John Favreau’s 2008 film, Iron Man is a perfect example of just how comic accurate an MCU film can be when they want it. Captain America The First Avenger is also very close to the comics…one of the bigger differences being having Bucky around Steve Rogers age or a little older. Now this makes much more sense than having a teen ager as Captain America’s side kick during World War II. So, just as the 2005 Fantastic Four film added a few years to Johnny, I think it would be good to have him somewhere in his early 20s. 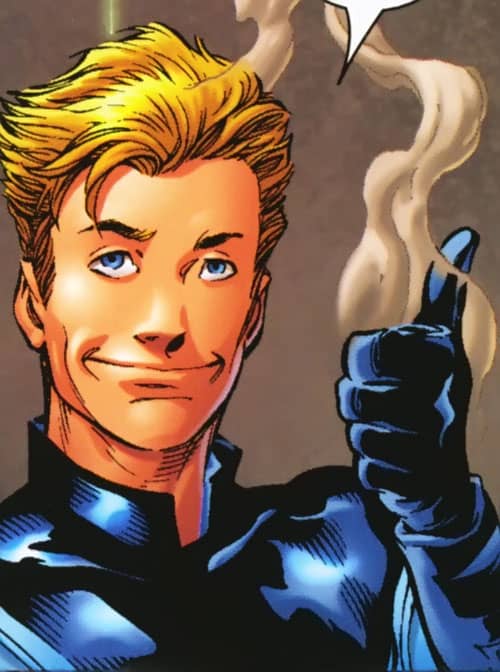 I’ve narrowed the actor search for Johnny down to 3 actors. The first is Max Thieriot whom I first saw in the series Bate Motel playing Norman Bates brother Dylan. Max was about 21 during that series. He is currently 33 and co-starring in Navy Seals on Paramount+. 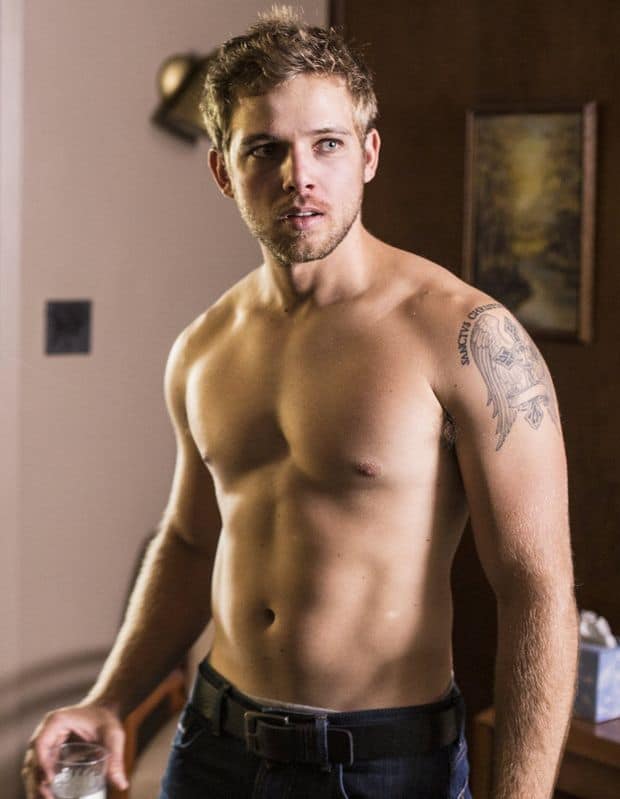 It is not at all unheard of to have a 30 something actor play a 20 something character. Hell, they play high school students constantly. As Norman Bate’s brother on Bates Motel Max played a semi-tough bad boy with a genuine heart. 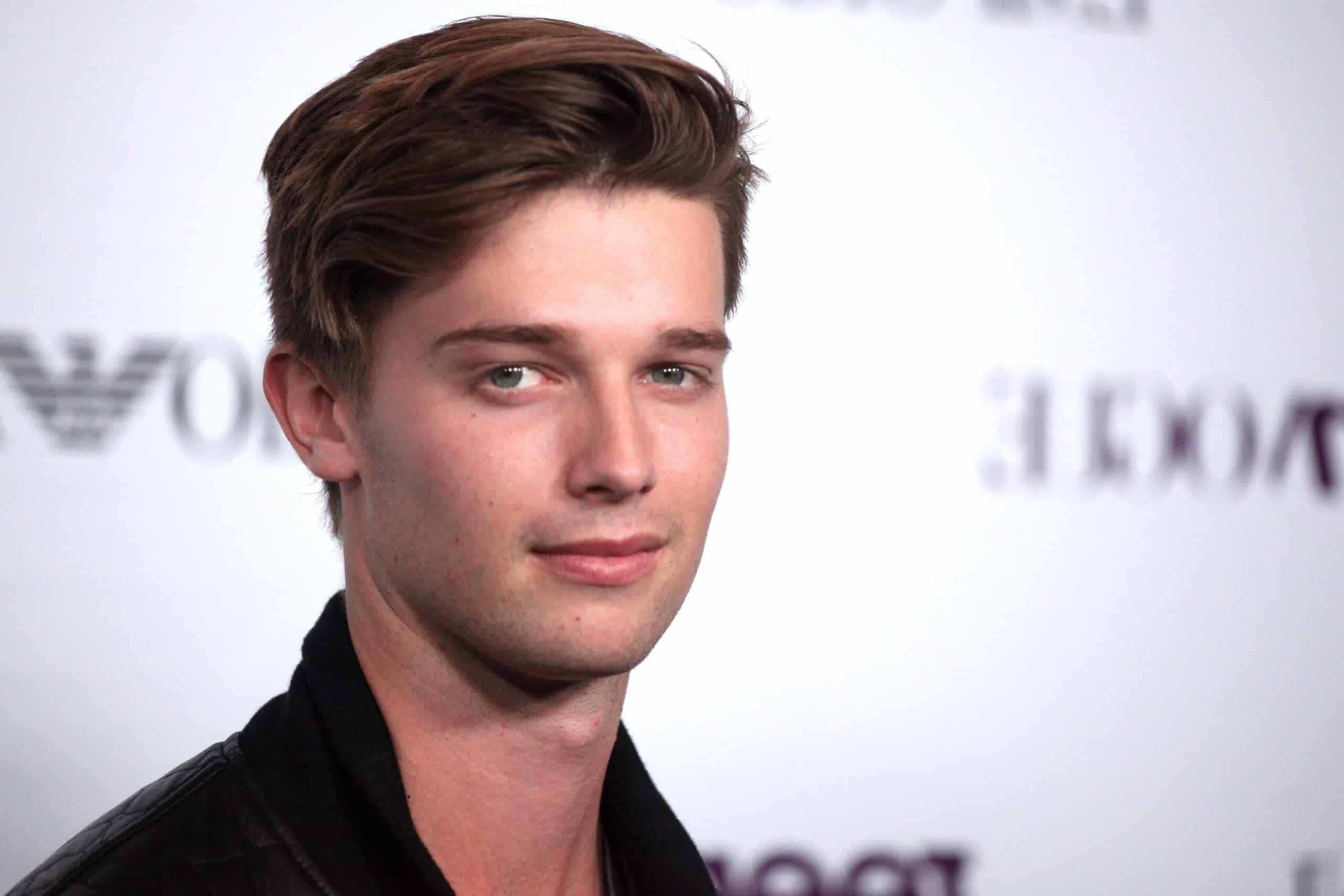 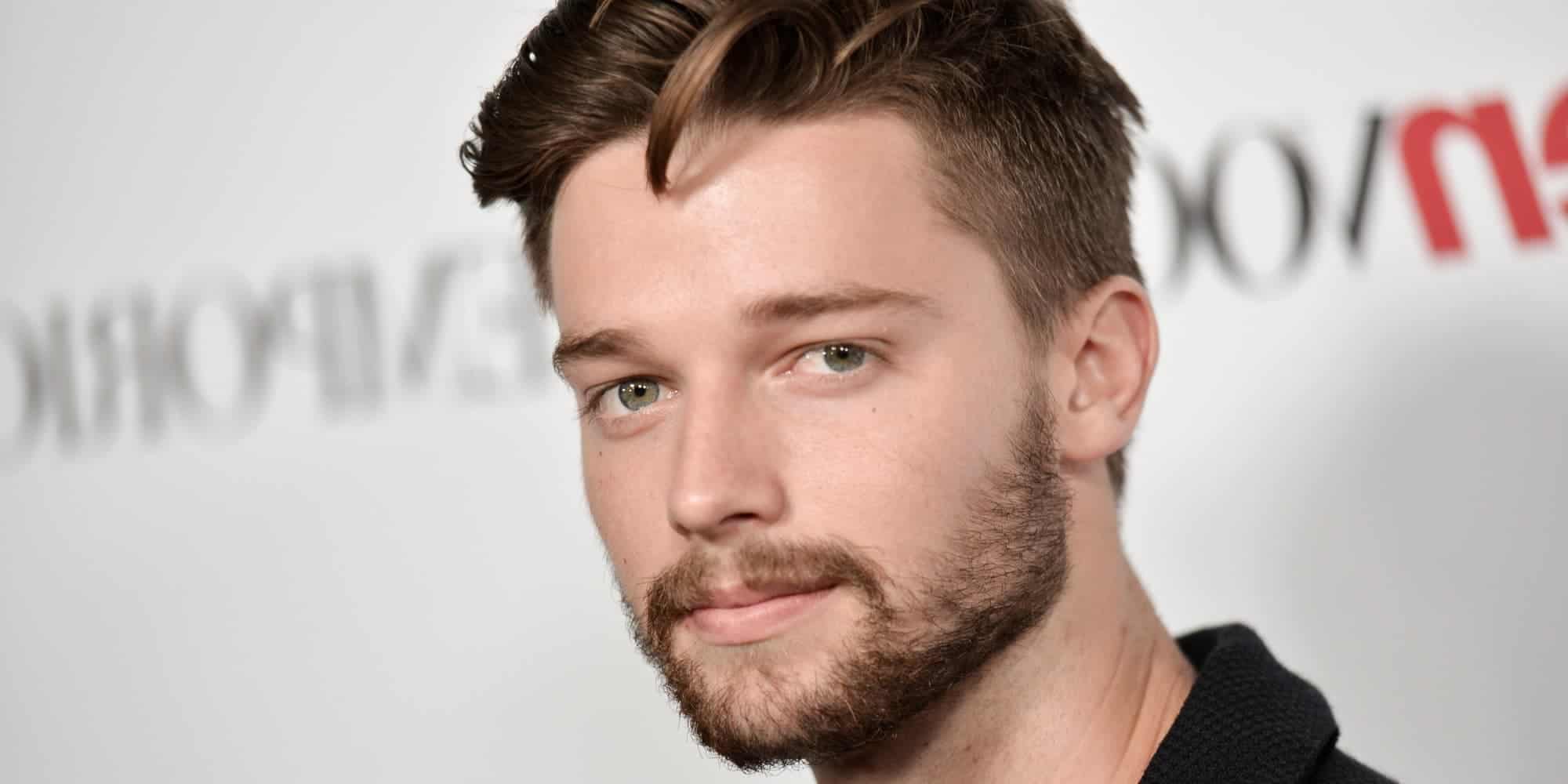 Next up is Patrick Schwarzenegger (yes, the Terminator’s son). Patrick’s resume isn’t huge but he has gotten some praise for his roles such as the horror film Daniel Isn’t Real. Patrick has a certain edge to him that I can see in Johnny Storm. Because of Storm’s “hot headedness” and his race car obsessions, I have always thought of Johnny Storm as a “bad boy” which Chris Evans brought across somewhat in his portrayal of the kid as well as Johnny being a bit girl crazy. 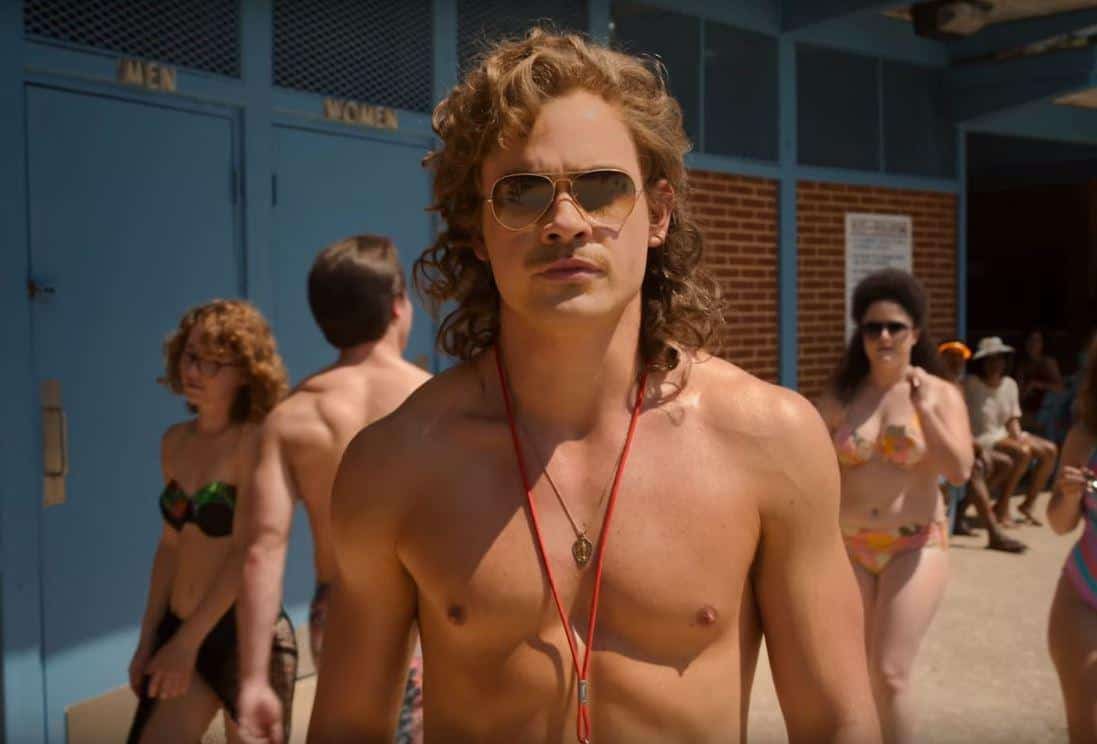 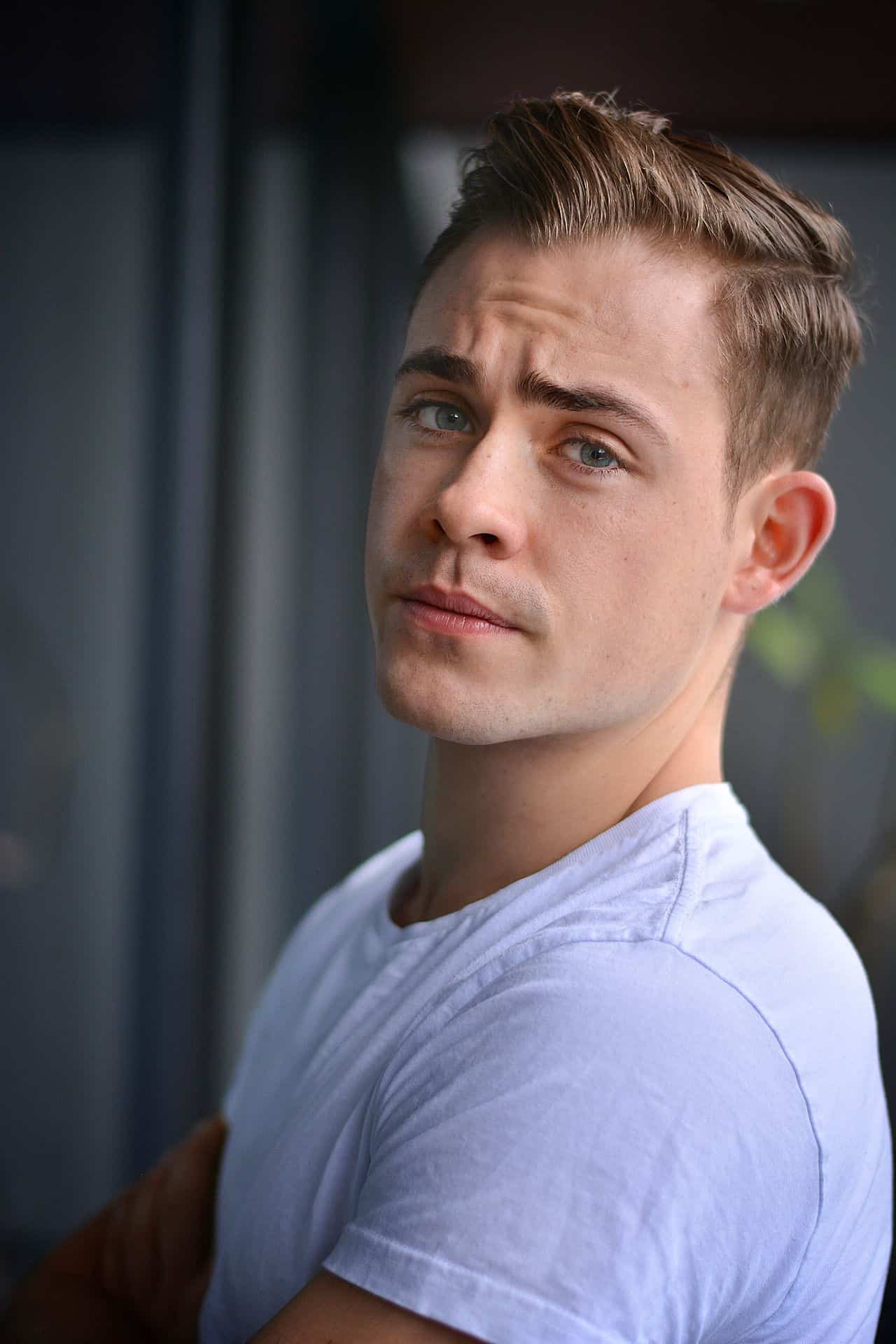 My final actor “call back” would be Dacre Montgomery who is best known for his role as Billy Hargrove in Stranger Things seasons 2 and 3. The 27 year old is from Australia where it seems all the sexy men come from these days. Even more than Max and Patrick Dacre has the bad boy image down pat as he plays one on Stranger Things. He is the perfect age for Johnny Storm and even has the blond hair. 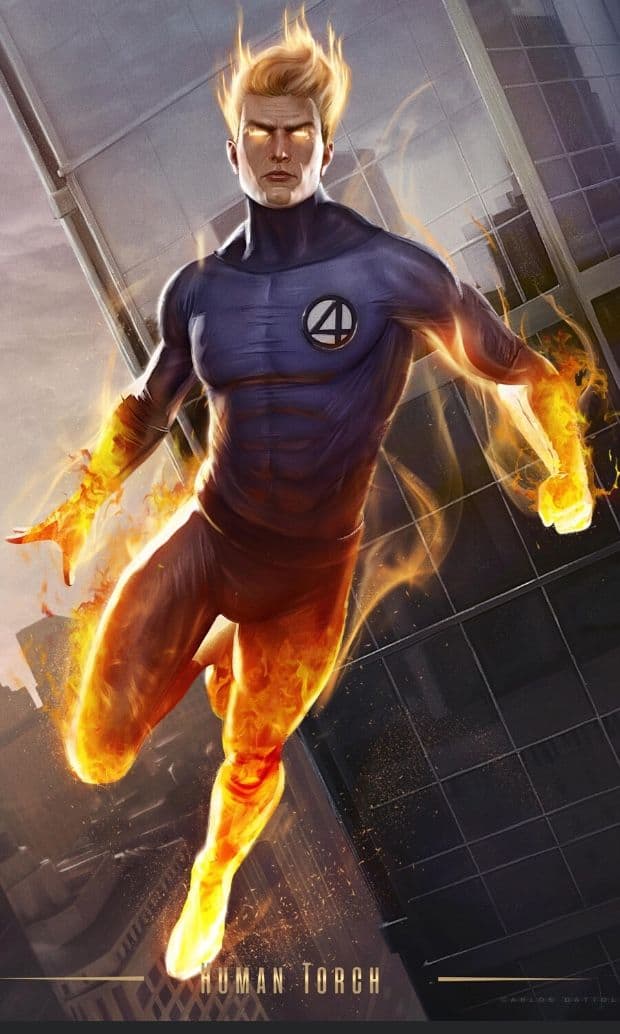 I’m having a real tough time choosing between these boys as each have their own set of qualities that I think could make any one of them a good Human Torch. I’ve really seen Max Thieriot as Johnny in my head for a long time but that is the problem. With Max being 33 and these MCU films tending to require an actor’s commitment for several years…my final choice for the role is going to have to be (drum roll)…Dacre Montgomery. I think he would look great alongside John Krazinski and Emily Blunt (should they get their parts). I’m sure we’ll be hearing sooner than later who Marvel decides to go with.