The functionality of costuming in any film or television production cannot be understated. What a character does or does not wear can determine many factors about the character. One of the most important is the time and location. This is established, almost from the very beginning, if the designer is savvy about their art. Costumes also show us a glimpse of who the character is and how they see themselves and the world they inhabit. The look of different characters can also tell you the difference between the forefront and the background cast. A good costumer is one who can use a costume in multiple ways for a multitude of reasons.

Not only does the costumer have to create a specific look for the production, it must serve multiple functions. It has to define the characters, propel the story, and establish the location and time for the production. Science Fiction already deals with a world outside the mundane, a world in which characters may look and act in a different way than the one we’re used to.

Most people define a period piece as something in, say, the 1800s or further back. While correct, a period piece can also be something like “Clueless,” which depicts a very specific time, in terms of costuming. Cher isn’t going to be wearing broad shoulder pads, heavy make-up, and hooped earrings, for instance. Those items did not belong in the 1990s. These productions rely on trends in hairstyle, clothing, and furnishings. In a similar sense, Science Fiction relies on these things but in a much different way. For a costumer, they must find a balance between the fantastical and believable. Their creations must combine a type of whimsy and functionality.

Danilo Donati, an Italian costume designer with over forty films to his design credit, was tasked, in 1980, to design the costumes for “Flash Gordon.” Directed by Mike Hodges, the film was based on the King Features comic-strip by Alex Raymond. Donati already had twenty-nine films on his resume when he agreed to do “Flash Gordon.” 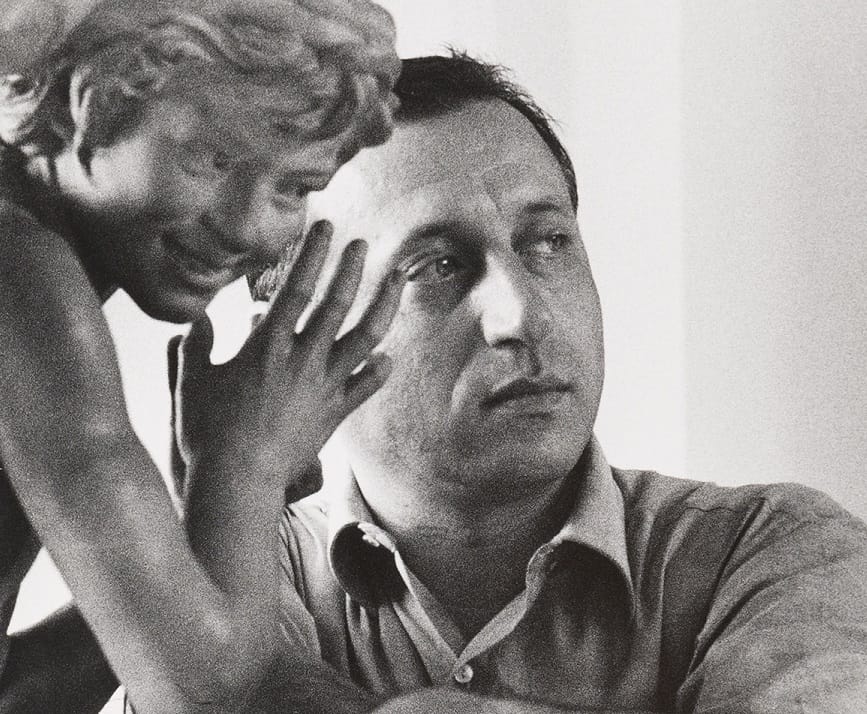 Credited with production, costumes, and set design, Donati took a bold approach to the film’s look and feel. Three years earlier, Star Wars gave us a glimpse into a Sci-Fi world full of black-clad villains, white-robed heroines, desert worlds and metallic star-destroying space stations. This rather monochromatic visual had few bright colors and even fewer elaborate costumes. In contrast, Flash Gordon seemed to hold nothing back. Donati used brilliant color, elaborate sets, and millions of bugle-beads to create, not just a look, but a distinct feel for the film.

If you’re unfamiliar with them, bugle beads are a type of tubular bead with a cylindrical shape. Before the credits, when we’re introduced to Ming the Merciless, you can see thousands of these beads making up the starburst pattern on his chest emblem and the trim on his triangular-cuffed robe sleeves. Considering the size of the cast, the amount of beading which went into this film must have been tremendous.

As mentioned before, one of the challenges of a Sci-Fi production is to strike a balance between the fantastical and believable. Donati does this very well by giving the lead character a rather plain wardrobe in the film’s opening. Flash wears a simple pair of khaki pants, a white tee-shirt, and a tan over-shirt. Dale Arden is introduced in a red blouse/skirt combination with a white blazer. Hans Zarkov, last of the trio, wears khaki pants, white checked shirt, and gray jacket. Against the backdrop of the ordinary world, they are unremarkable.

Arriving on Mongo, the lead trio finds themselves in a world of kaleidoscopic color. The inhabitants of this universe all have very distinct looks, according to where they hail from. People clad in black and white robes and furs are very different than the women in pastel half-skirts and headpieces. Citizens of Arboria wear garments of woven green and brown while the hawkmen are dressed in leather-like harnesses and sport gold wings. As an aside, one has to admire the dirt on Prince Vultan’s hand when he processes his loyalty to Emperor Ming. This kind of attention to detail is what makes these costumes very different from many other Science Fiction productions.

The transition of the film’s lead characters into “The Other World” is done through the use of color. Dale attends Flash’s execution in a red gown and headpiece. When Zarkov is reconditioned to be one of Ming’s agents, he’s given a red uniform top and black pants.

Another innovation Donati gives the viewer is an exceptional use of villainous black. Klytus, the right hand of the emperor, wears a black robe with triangular shoulder pieces, also with the imperial starburst. Perhaps the most ingenious part of Klytus’ wardrobe is the faceted gold mask he wears.

General Kala, the formidable soldier in charge of the imperial forces, is also clad in black with an elaborate gold and black headpiece. Ming and his daughter, Aura, are both in black as they attend Flash’s execution. Flash, himself, wears only a pair of black leather shorts.

Donati gives us a defining statement of both character and setting by dressing Dale in white on the night before her wedding and black on the day of the event. This could be a glimpse into how the people of Mongo view the colors or it could be a representation of the lack of hope Dale feels for her future after marrying Emperor Ming. Whatever the reason, this subtle choice lets us understand – we are not on Earth, anymore…even if they use the Earth-borne wedding march for the ceremony.

The use of color, different fabrics, and of varying texture helped create a story we’ve never seen before, or since. Donati’s bold choices created an exceptional world for the viewer to lose themselves in.

Aside from the soundtrack by the legendary Queen, Danilo Donati’s costume and set design could be one of the main reasons Flash Gordon remains a cult classic.