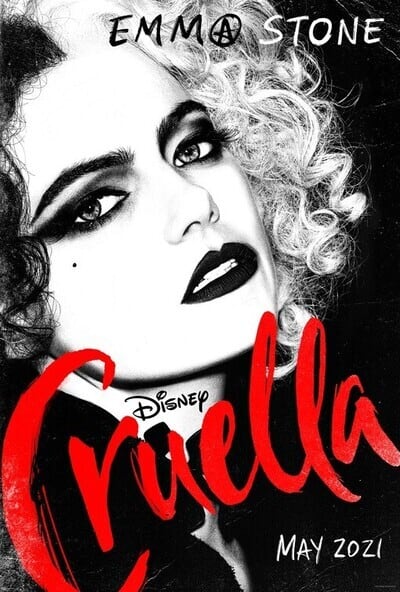 The origin story of Disney's Cruella, the villain in 101 Dalmatians.  Bullied for her hair, a young orphan becomes a powerful fashion designer out for vengeance in 1970s London.

When making a movie about a Disney villain, there is a fine balance between making the character sympathetic and making them a hero.  Despite extremely good performances by the entire cast, I believe Cruella crosses the line a bit too much on the side of hero. She is, after all, the woman who wanted a coat made from 101 Dalmatian puppies in her near future from the movie.  None the less, the movie is entertaining, clever, visually stunning and brilliantly acted, albeit a bit too long. 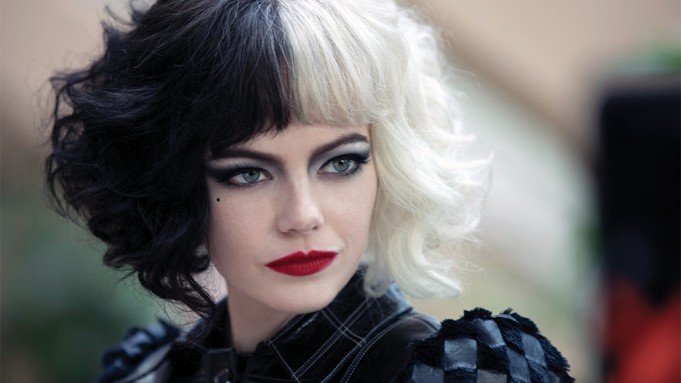 Estella / Cruella (Emma Stone) is orphaned in a tragic (maybe) accident as a child when her mother (Emily Beecham) is killed.  On the run, she meets Jasper (Joel Fry) and Horace (Paul Walter Hauser) and they form an unlikely family, grifting on the streets of 1960s/70s London.  Estella’s dream is to become a fashion designer takes one step closer to realization when she is discovered by the Baroness Von Hellman (Emma Thompson) who heads a prestigious and world renowned London fashion house.  The Baroness is narcissistic, mean and downright evil, but she recognizes Estella’s brilliance, and it doesn’t take long for Estella to become the Baroness’ gal Friday. 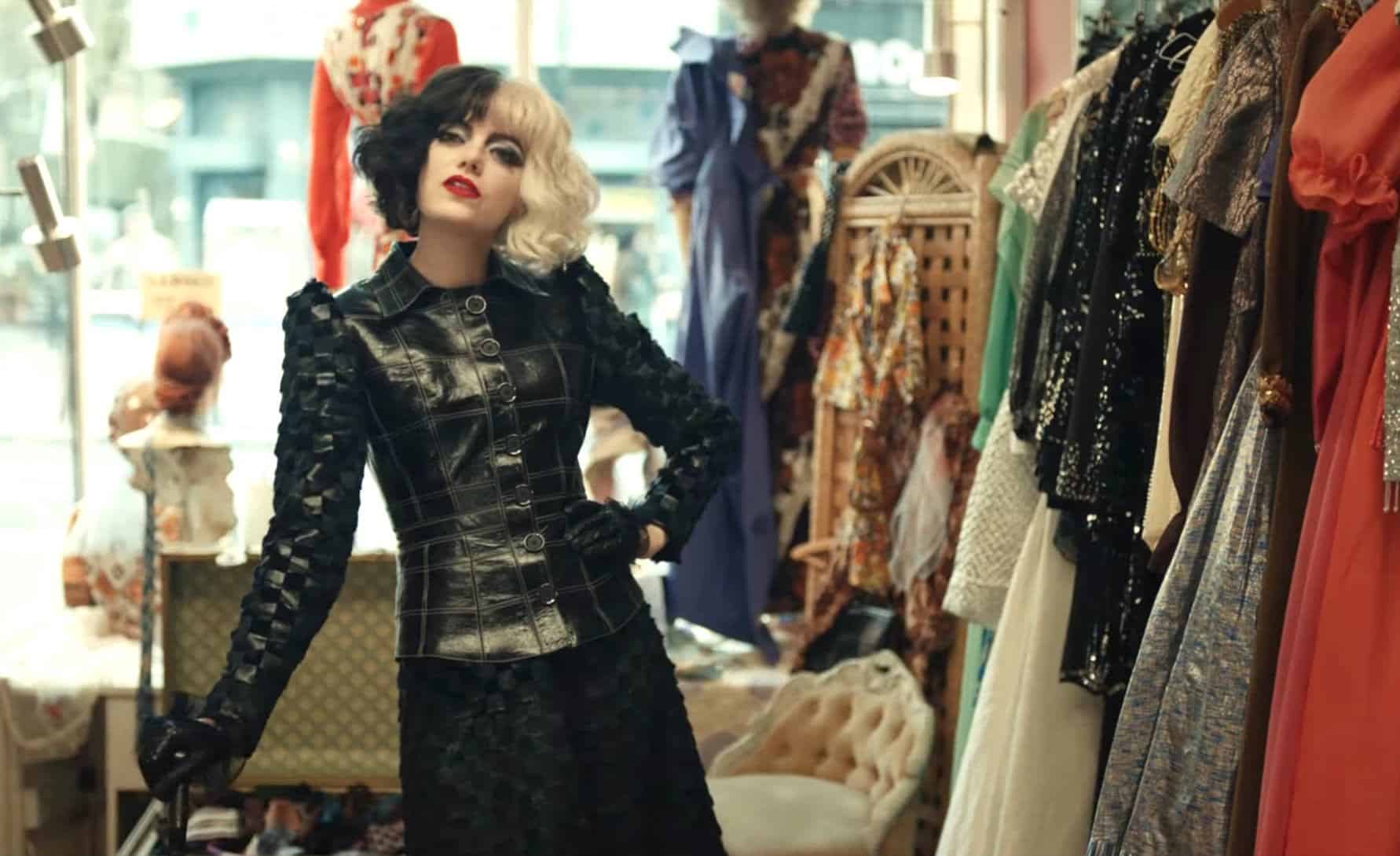 In a casual conversation, Estella learns that the Baroness knew her mother, calling her a thief and may have had a role in her mother’s demise.  She decides to get revenge by ruining the Baroness and lets “Cruella” out of the box.  Cruella was the name her mother gave the dark side of Estella’s personality and urged her to keep it under control.  But if Estella wants revenge, she must become Cruella.  With the help of Artie (John McCrea), a gay vintage shop owner and fashionista, she starts her own fashion label and becomes a new fashion icon.  Jasper, Horace and Artie help Cruella with her vendetta, but Horace longs for the return of the nicer Estella who he obviously has feelings for.  The Baroness and Cruella lock horns on several occasions and both are wicked, mean and cruel.  Will Cruella survive her war against the Baroness, or will the Baroness win the day?  You will have to watch it for yourself to find out! 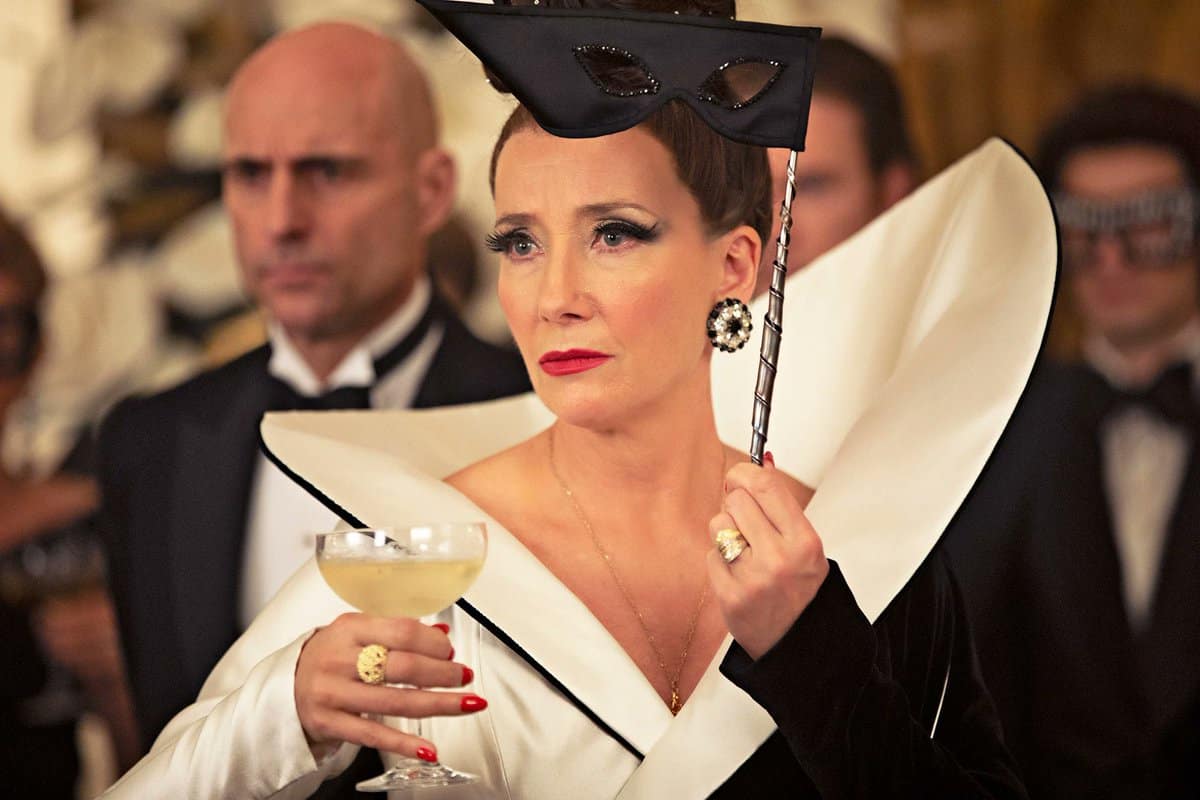 The storyline for Cruella is basically The Devil Wears Prada on steroids.  Both the Emmas are perfectly over the top in their portrayal of their characters.  The only real problem is, Emma Thompson is a much more “Cruella” than Cruella actually is.  Estella is the nice likeable girl, but even her Cruella personality is justified in her emotions and actions.  Whereas the Baroness is just plain evil.  She is such a narcissist that she doesn’t even feel the need to justify her actions.  They are her actions; therefore they are justified.    Theft or murder, it doesn’t matter, the Baroness is above reproach and entitled to everything.  Emma Thompson really shines in this role and watching her is so much fun.  I am an Emma Stone fan, and she plays a great character, but I just don’t see that character as Cruella.  Paul Hauser as Horace is also wonderful.  He is the heart that Cruella needs.  He reminds her not to get lost in the evil and remains her conscience.  The character could have easily have been a two dimensional throw away part, but Paul plays Horace with depth, love and understanding.  You feel for him.  Joel Fry ads the needed comedy with perfect timing and an oafish loveable charm.  John McCrea as Artie, the first original character in a live action Disney film to be openly gay, is a great companion to Cruella.  They are kindred spirits, since he knows what it is like to be bullied for who he is.  Cruella was bullied because her hair was naturally two colors, black and white.  The character could have used a bit more, but the scenes he does have are fun and clever. 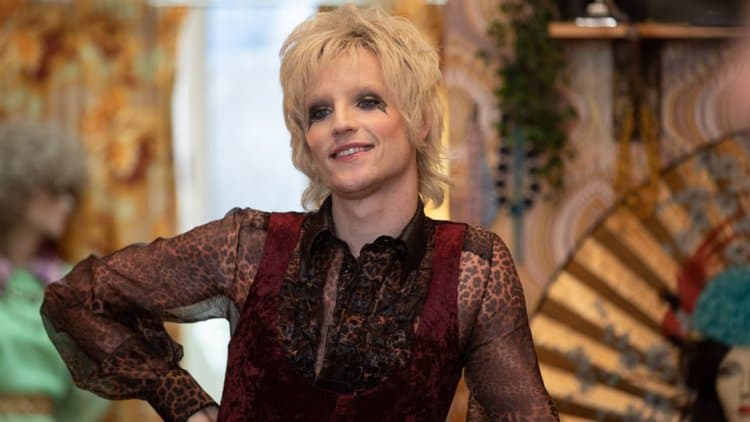 The movie takes place during the 1960s and 70s, and the choice of music is perfect.  I usually prefer my movies to do original scores and not depend on pop music to set the mood or to underscore the action, but in this case, the music is almost it’s own character, adding to the ambiance of the era it takes place in.  The rest of the production is also of high quality with stunning visuals, but sometimes those visuals are a bit too long.  The movie could have been trimmed down a little.  Although it flowed pretty well, it just felt a bit long at times.

Over all, the movie is wildly entertaining, brilliantly performed, visually stunning and fun to watch, but it is too long and the anti-hero needs a bit more “anti” and less “hero”.