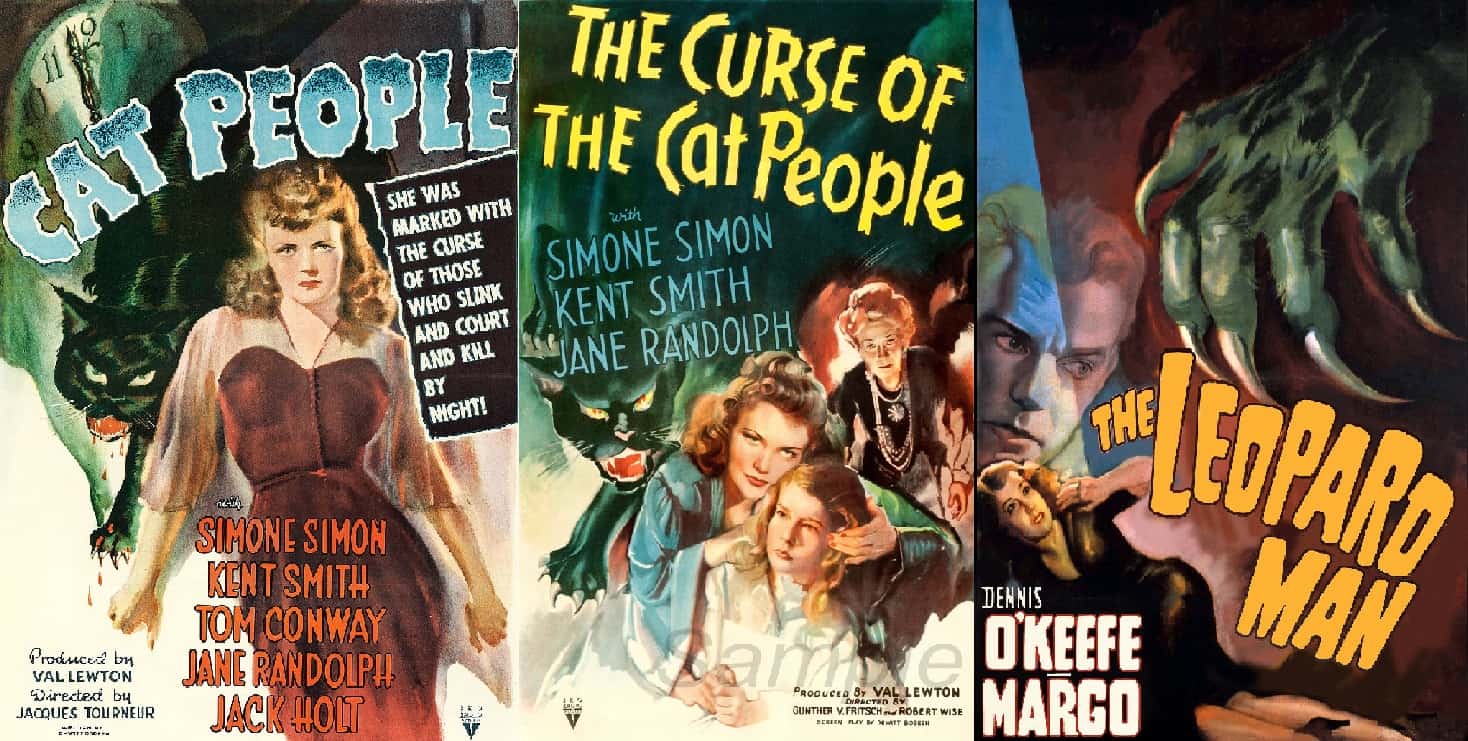 In 1942, Val Lewton was put in charge of RKO’s low-budget horror films. He assembled a team that began working on several films. In this review, I will look at three of the Lewton productions, all of which involve “cats”. Exotic animals seem to feature a lot in the 1940s genre films, possibly because less was known about these creatures, therefore, they were more dangerous and mysterious. We fear what we do not know. Big cats like leopards are very cinematic. There is a grace and poetry under their strong and powerful image. The Cat People, The Curse of the Cat People, and The Leopard Man are the three films we will be looking at.

The first film Lewton and his team produced was The Cat People, having been given the name by an RKO executive and told to develop a film around the title. Simone Simon plays Irena Dubrovna, a young Serbian fashion sketch artist who meets Oliver Reed (Kent Smith) at the zoo and the two fall in love. Irena explains to Oliver that she believes she is descended from a line of witches, who, if aroused by even a kiss, will turn into a leopard, and kill. Oliver of course does not believe her and they marry anyways, without ever kissing. Irena remains chaste and begins seeing a psychologist to help her over this fear. But when Oliver realizes he has feelings for coworker Alice (Jane Randolph), Irena lets the cat out of the bag. 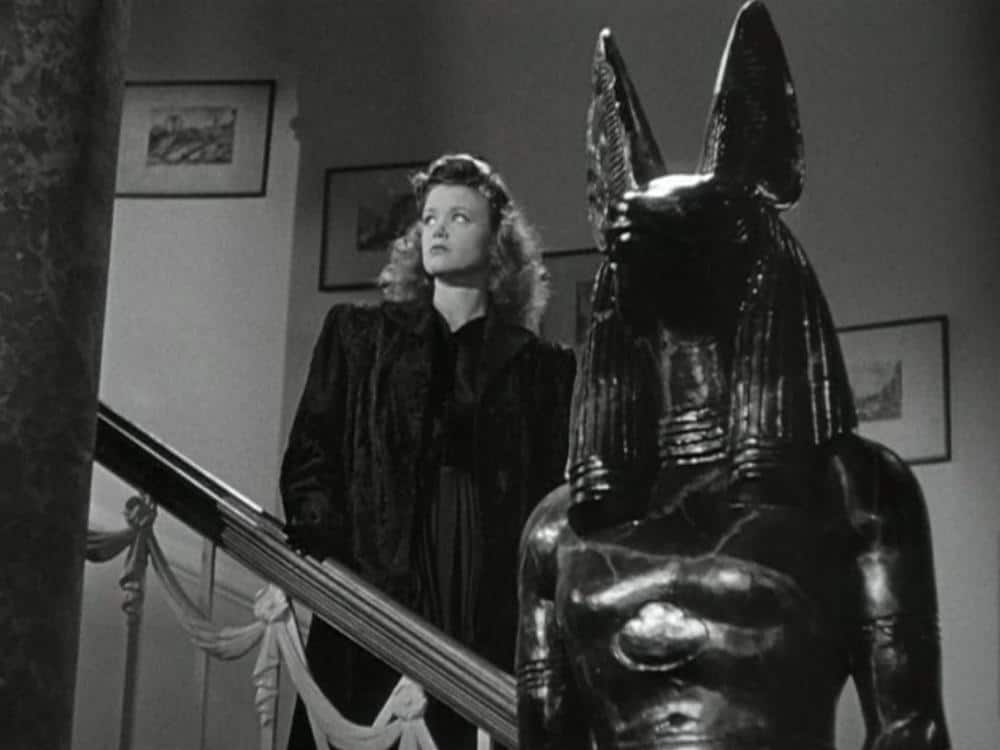 Director Jacques Tourneur uses light and shadows to create atmosphere and tension. The movie purposefully does not include any transformation shots of Irena turning into a panther, but instead, uses shadow and sound effects to evoke fear. This was one of the first horror films to take place in a more modern city with everyday people. Lewton believed that “if you’re going to have horror, the audience must be able to identify with the characters in order to be frightened” so the characters are a bit more “everyman”. The writing credit is given to DeWitt Bodeen, but this was a group project, with collaboration between Bodeen, Lewton, Tourneur and editor Mark Robson. The team didn’t want to just churn out some schlocky low budget film but wanted something a bit more intelligent. The resulting movie is a nuanced psychological melodrama with a supernatural theme. The performances are all mainly well done. I agree with many other reviewers over the years, Simone Simon lacked a certain emotional range needed to do Irena justice, but her performance is passable.

To today’s audience, this movie would be quite tepid with little gore and true horror, and many believe it does not hold up well but I really enjoyed the film. All the characters are likeable and empathetic. There is a certain beauty to it with a story that flows well and that has a certain poetry in its telling. It is, like a cat, graceful.

The Curse of the Cat People

Built on the success of the first movie, Lewton produced its sequel, Curse of the Cat People. Unlike most sequels, this doesn’t rehash the same plot with different characters. It is more of a psychological ghost story. Oliver and Alice (Kent Smith and Jane Randolph reprising their roles) are now married and have a little girl, Amy (Ann Carter) who is fanciful, often getting lost in her own fantasies. This scares Oliver as he sees much or his deceased first wife, Irena, in Amy (even though they are not related). After being shunned by the neighborhood children, Amy wishes for a friend and begins being visited by the ghost of Irena. Oliver is distraught, thinking that this is just more of Amy’s uncontrolled imagination, but as the story unfolds, Irena helps to save Amy’s life. 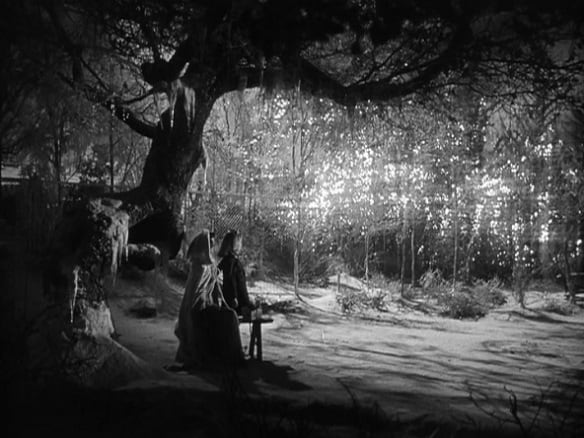 The critical response to the film was mixed. Variety called it “highly disappointing, but the New York Times’ Bosley Crowther called it “a rare departure from the ordinary run of horror films [which] emerges as an oddly touching study of the working of a sensitive child’s mind”. Again, with many of Lewton’s films, there is a type of beauty to it. The use of light and shadow as opposed to makeup and gore along with music and sound effects. Original director, Gunther von Fritsch, ran behind of schedule and was only half done on the date the movie should have been wrapping up. The studio fired Fritsch and hired film editor Robert Wise giving him his first directorial credit. Wise would go on to be nominated and win several Oscars for directing. He is best known for West Side Story, The Haunting, The Sound of Music, The Sand Pebbles and Star Trek: The Motion Picture.

So often sequels are rehashes of the story from the previous films, but I like that this film took a chance and did something completely different. Realizing this film had little in common with the original, Lewton wanted to change the title to “Amy and her Friend”, but the studio wanted to market based on the success of the first movie, so refused to change the name.

Between the two “Cat People” films, Lewton produced The Leopard Man. No this is not a superhero film, but one of the first films to take a superficial look at the mind of a serial killer, although that term wasn’t popularized yet. Based on the book Black Alibi, the story takes place in a sleepy New Mexico town. Publicist Jerry Manning (Dennis O’Keefe) rents a panther for star KiKi Walker (Jean Brooks) to use are a tool to upstage rival performer Gabriella “Clo-Clo” (Margo). The panther escapes when scared and in its fear kills a young girl. But when the killing doesn’t stop, Jerry believes that there is a much more dangerous animal doing the killing, man. 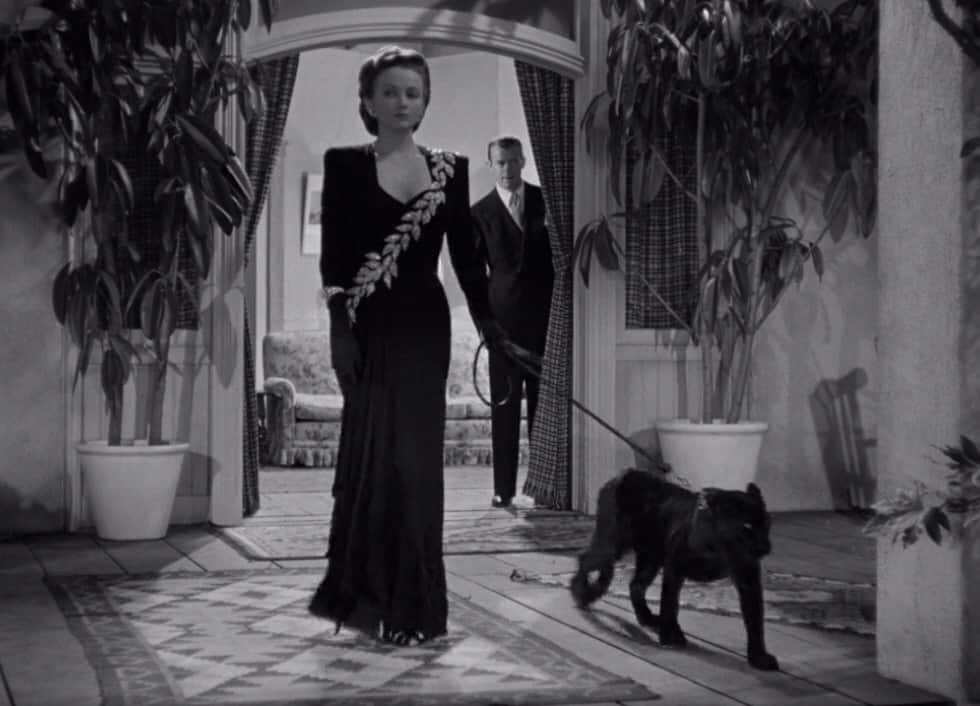 Like the original Cat People, this film was directed by Jacques Tourneur, and uses the same atmosphere to evoke fear and tension.  I liked the story and felt it was very interesting but a bit predictable and there could have been more character development between the two leads.  To me,  the ending felt a bit rushed with the explanation by the killer left unexamined.  But the performances are all very good with a great performance by Margo as Clo-Clo. There was a type of life affirming energy in her performance. Although initially met with mixed reviews, The Leopard Man has developed a cult following and is included in several “100 best horror films” lists. 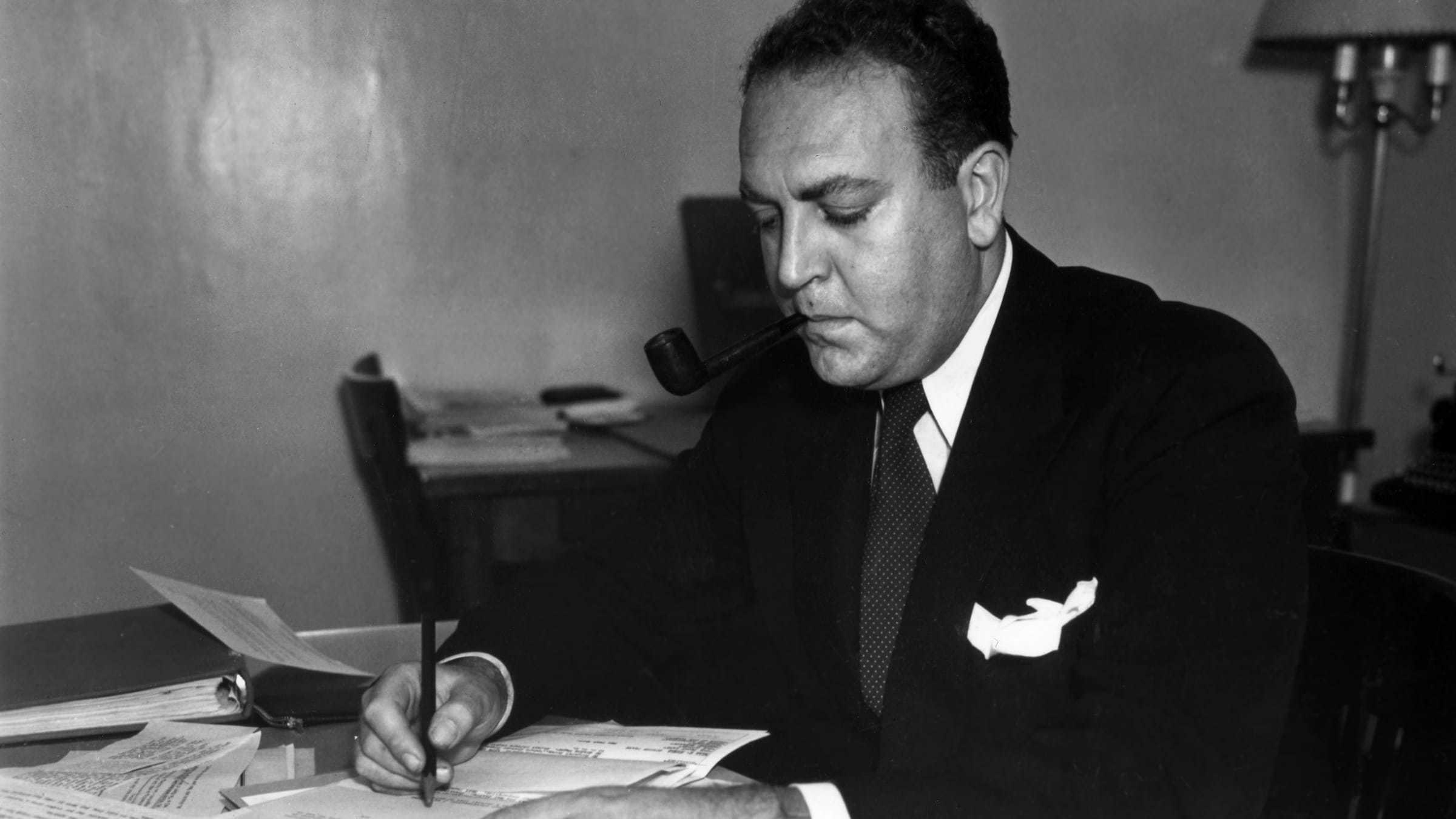 Val Lewton’s films had a type of style and grace not seen in many contemporary genre films, utilizing directors like Jacques Tourneur and Robert Wise the use of atmosphere to convey fear and tension using light, shadow and fog became a type of signature. The films seem smarter and delve into the psychology behind a killer’s actions. His movies weren’t always perfect and today’s hardened audiences will find them tame, but I have a lot of respect for the quality of films Lewton put on on a moderately low budget.  Val Lewton died at the young age of 46 after suffering two heart attacks.

It is conjectured that the movies Val produced built the bedrock for many of the great genre movies in the decades yet to come.  His movies use more of psychology and atmosphere to create terror.  The use of an abrupt sound, like the air breaks on a bus to startle the audience became a signature move and is referred to as "The Lewton Bus".