Decades 1990-Anthony Perkins: Norman, Is That You!

Anthony Perkins, star of stage, television, and film, is best known for his portrayal of Norman Bates in the 1960 Alfred Hitchcock movie, Psycho. Most people do not realize, that his career spanned four decades and included some great performances.  He was nominated for an Academy Award for his second movie, Friendly Persuasion in 1956 and won the Golden Globe for Most Promising Newcomer – Male for that same movie.  Anthony has been in over 60 films, several Broadway productions, guest stars on television and releasing four musical albums before his untimely death of complications due to AIDS in 1992.  In addition to his acting talents, Perkins was an avid supporter of civil rights, LGBTQ+ issues and feminism.  Perkins participated in the 1965 Selma march for the rights of African Americans to vote, and although was closeted most of his life, had several high profile same-sex relationships including one with Tab Hunter.  This article will mainly focus on a few of his last television movies from the early 1990s as part of Comic-Watch’s Decades series. 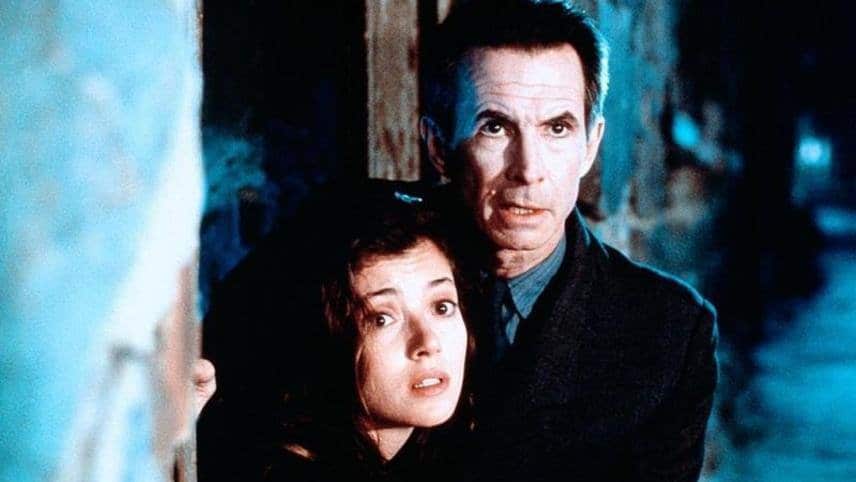 Daughter of Darkness (1990) – A young woman named Katherine Thatcher (Mia Sara) uncovers a Romanian vampire underworld while searching for the identity of her father.  Unbeknownst to her, she is the off spring of the vampire Anton / Prince Constantine (Anthony Perkins) and a human woman.  The vampire community wants to try to mate with Kathy and create immortal humans who the believe will be superpowered and be able to survive in daylight.  Constantine rescues his daughter and releases her, but he is used as a trap to get her to come back to save his life, which she does with the help of Jack Devlin (Jack Coleman), an American Embassy worker who had aided her in the search for her father. But in a final show of fatherly love, Constantine sacrifices himself to save his daughter and allow her to happily live every after with Jack.

The reception for this production was lukewarm at best comparing Perkin’s portrayal of a Romanian Vampire to a bad Bela Lugosi impersonation, and that Perkin’s looked haggard and haunted.  They also believed that director Stuart Gordon’s normally “expansive and clever horror-habits are muted and constrained by the small screen”.  Of the three films being mentioned in this article, this is the one I remember the least and was unable to rewatch, so I will not give a personal opinion. 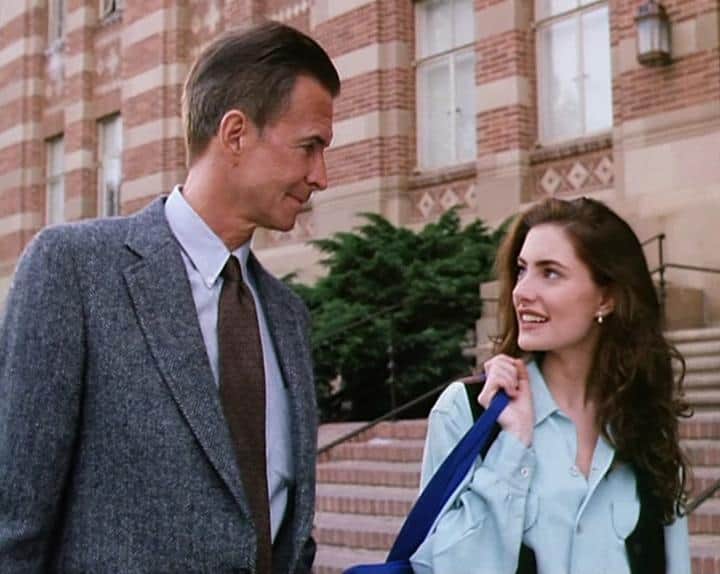 I’m Dangerous Tonight (1990) – Shy college student Amy (Madchen Amick) lives with her Aunt Martha (Mary Frann), Cousin Gloria (Daisy Hall) and Grandmother (Natalie Schafer).  When an ancient Aztec ceremonial cloak accidentally comes into her possession, she makes a stunning red dress with the material.  With the help of Professor Buchanan (Anthony Perkins), she realizes that anyone who touches the material loses all inhibitions and moral responsibilities and it amplifies the wearers deepest personal traits.  A sexually repressed person may become wonton, and a truly bad person could become a murderer.  Amy hides the dress, but it is found by her cousin, who attempts to kill Amy, and then by a drug addict, Wanda Thatcher (Dee Wallace) who then goes on a murderous rampage.  In the end, Amy through her own will to resist the power of the dress, must save her boyfriend, Eddie (Corey Parker) from its thrall! Also in pursuit of the Aztec cloak is Professor Buchanan, but Amy destroy sand dispose of the material…or did she?

I’m Dangerous Tonight presented a fun and unique premise. The television film, which premiered on the USA network met with some mixed reviews.  Most liked the direction but felt the script cliché and not particularly well written, with a great performance by Madchen Amick who was best known at the time for her role in Twin Peaks. Having rewatched the movie, I really enjoyed it.  Perkin’s plays a cameo, but does a great job and Madchen really is wonderful, going from quiet schoolgirl to sex-bomb with ease.  The story is interesting with a bit of a twist and the director does create some wonderfully scary visuals.  I agree that the script was the weak point, and the plot could have been a bit more fleshed out.  But for a television movie it was quite good.  If you are a fan of 1990s television supernatural horror films, you should definitely give it a go! 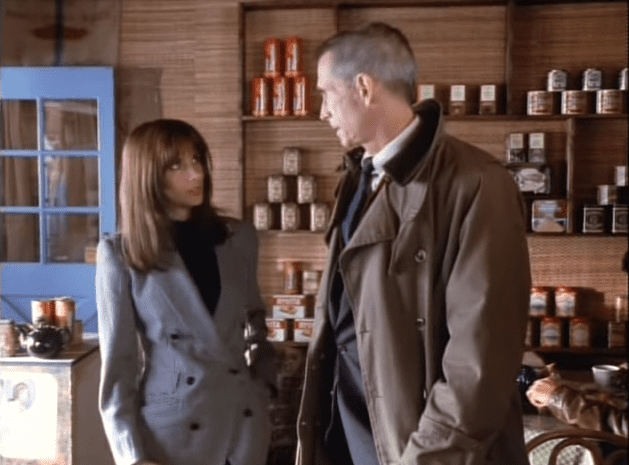 In the Deep Woods (1992) – This was Anthony Perkin’s last role, and the movie was released posthumously, about a month after his death, on NBC.  The film stars Rosanna Arquette as Joanna Warren, a children’s book author who is linked to a serial killer when a friend becomes one of the victims of the “Deep Woods Killer”.  At first all the victims seem to be successful career women, but eventually the Deep Woods Killer veers from that “MO”.  Paul Miller (Anthony Perkins) a private investigator, approaches Joanna, in an attempt to solve the case for his own reasons, leading Joanna down a path that uncovers dark secrets from her past and her own family’s relationship to the killings.

I couldn’t find much in review from when it was released and viewer reviews on several websites are mixed. I found the movie an intriguing thriller mystery with a lot of twists and turns, although a bit predictable.  The performances are adequate and solid enough for a television movie, but nothing outstanding.  The script attempts to keep you guessing on who the killer is and why, giving you little clues along the way, with Joanna having to ultimately make a hard choice. I really enjoy mysteries like this, and it was a fun watch. I have been of Anthony Perkins from the first time I saw Psycho.  His performances were rich, layered and wonderfully real and intense.  He became an icon and a symbol for the outcast and sensitives in the world. From Desire Under the Elms to The Black Hole he was a class act.  He was friends with some of Hollywood’s biggest stars, Sophia Loren and Audrey Hepburn to name a couple. He lived with Stephen Sondheim and was a muse to him only ever starring in one production of the late composers work, Evening Primrose, a television movie musical written specifically for Perkins and they wrote the murder mystery screenplay for the 1973 film The Last of Sheila together, which Sondheim says was the most fun he ever had writing anything.  I am sad, that for much of his life, he had to hide who he truly was, being a gay man in Hollywood in the 1950s through the 1990s.

Decades 1990-Anthony Perkins: Norman, Is That You!