When Rickey, our media guru, asked me if I wanted to contribute to Comic Watch’s Decades of Horror feature that he’s heading up, I jumped at the opportunity, like Van Helsing catching a Greyhound to Transylvania. So, the assignment, pick three movies from a decade and write about them. In my rush to be a part of this monstrous feature, I jumped at the 80s but missed out. Of the decades available, the one that jumped out was the 1950s—a decade filled with classically campy but frightening gems that still stand the test of time. Despite the lack of special effects and endless budgets, this decade houses pure horror entertainment that stands strong among any other decade.

So why the 50s? Easy; these films are the foundation of the genre that birthed beloved icons. And perhaps my favorite reason is that it’s the perfect distraction from the perceived innocence of the time. Nothing is more terrifying than Little Timmy leaving the suburbs en route to the theater to see the House on Haunted Hill or suffering through the terror of The Blob! Looking back in awe at the majestic horrific beauty of that decade, it must have been a helluva time to be alive. There’s a raw energy that radiates through this decade, driven by gigantic soundtracks and cinematography that exhumes the saying “less is more.” My favorite aspect of the genre is when the movie allows your mind to control your fear. Nothing is more terrifying than waiting for a killer that never shows. A blistering soundtrack and a suggestive camera shot are just as menacing as coming face to face with the killer. Sometimes a soundtrack is all you get. 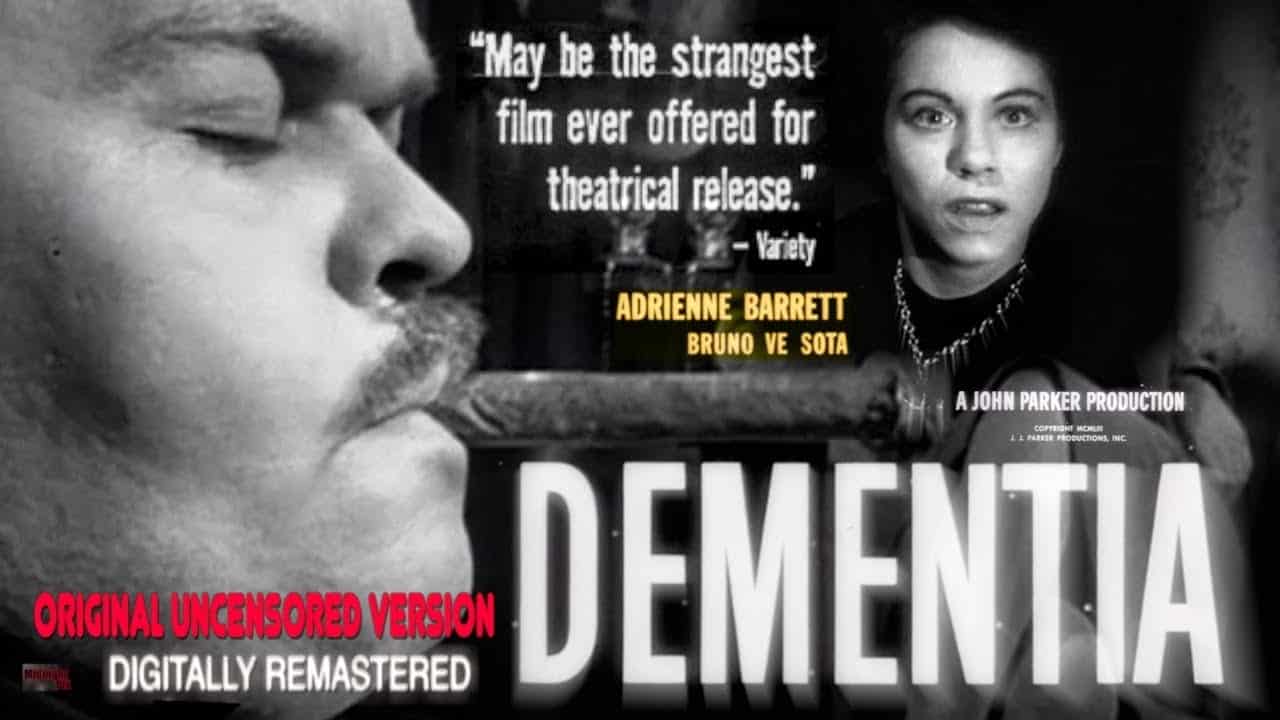 Dementia AKA Daughter Of Horror (1955) is pure avant-garde horror and groundbreaking for psychological horror. A young lady awakens from a nightmare and finds herself navigating Skid Row at night. The film is only 55 minutes long; however, it’s a silent film, leaving your mind and questions to take the front stage. Only known as the Gamine, the young lady faces the lowest city scum, from a pimp to a corrupt businessman whom she would later cut his hand off in a fit of rage. From the nightmare of her past to seeing her father’s face on a passing cop, one cannot help but conclude that each individual that comes in contact with the Gamine represents one of her deepest horrific experiences in life. It’s a stark reminder of its time when women didn’t strike back against their aggressors. Reading some of the criticisms, they were more concerned with how she was being portrayed than her experiences that led her “astray.” 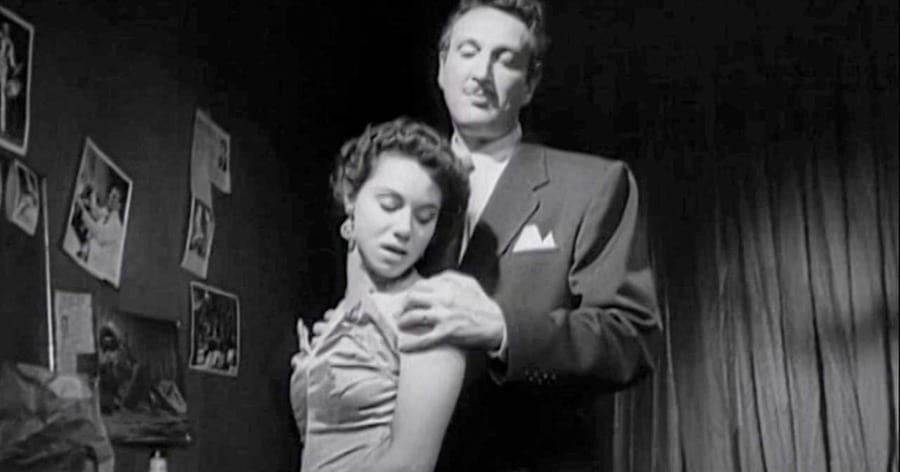 Is the movie perfect? No. However, what it lacks in modern budget, it more than makes up for in letting the scenery and sounds take the lead. 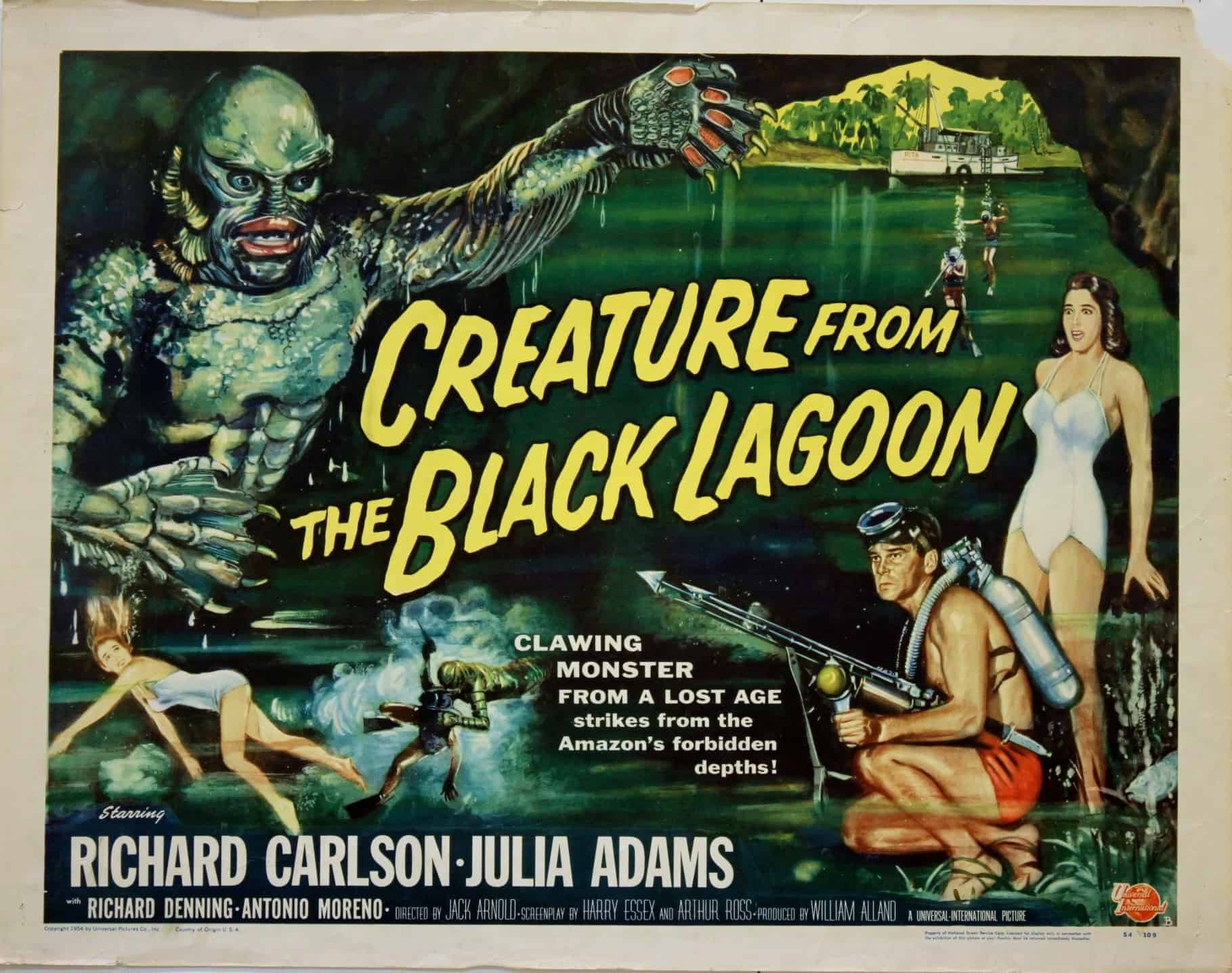 The Creature from the Balck Lagoon (1954) is one of my favorite monster movies and an undisputed monster genre icon. If movie monsters were rock groups, the Creature would be Led Zepplin. Undeniably recognizable, and it looks great on a t-shirt! Apparel is not why we are here; we are here to talk about a legend—Ben Chapman’s larger-than-life Gillman monster. Everyone knows the story of the Creature. A group of scientists searches set out to investigate and capture the mysterious Creature. Again we see the almost lost art movies playing cat and mouse games with the audience. 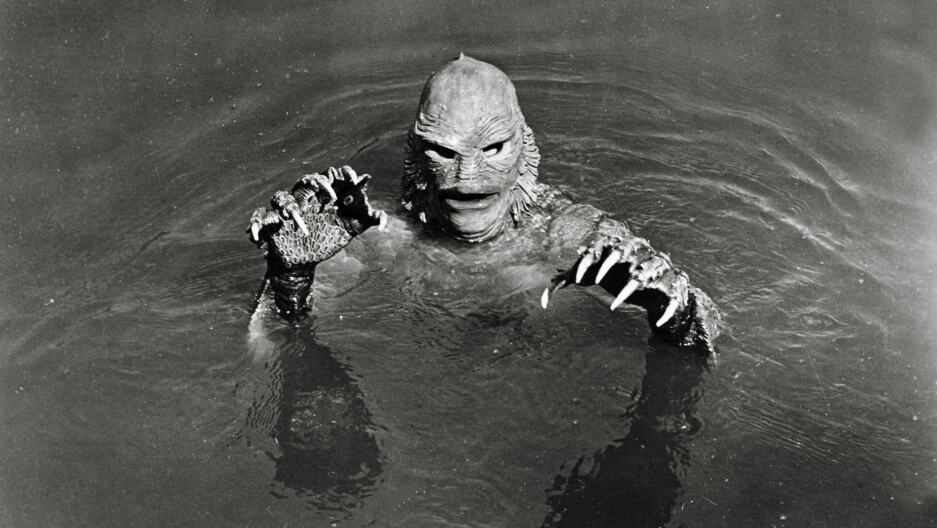 Jack Arnold’s direction is on point as he uses your mind to create terror. Onimouse music sets the tone for the reveal of the menacing arm of the Creature, only to see it retreat to the murky depths. Building up for the big reveal, we are again teased with the monster being clever and silent in his pursuit. Sixty-eight years later, we are still sitting on the edge of our seats, anticipating his strike. The beauty continues with ahead-of-time underwater shots that rattled nerves with its moody soundtrack setting the pace for the Creature. Every time I watch the Creature from the Black Lagoon, I imagine I’m 13, sitting in a theater, and seeing this larger-than-sea monster. The scenery is nothing like I’ve ever seen before. And when that arm reaches out of the sea, and that webbed hand shows itself, my heart speeds up just a bit. I take a deep breath and realize I’m seeing one of the greatest movies ever to grace the screen. 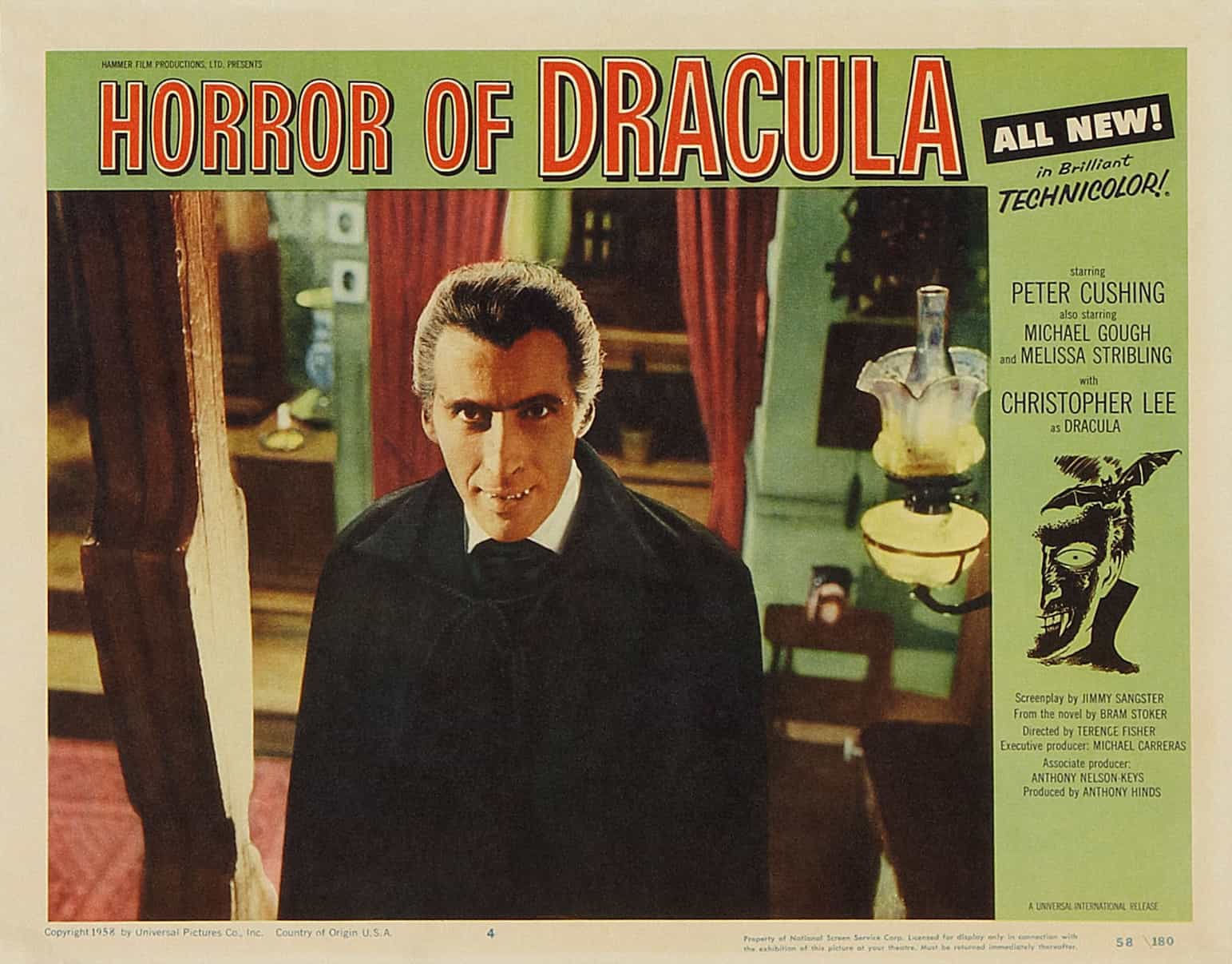 The Horror Of Dracula 1955 It’s hard for me to write about or talk about horror without me bringing up Dracula. It’s one of my favorite stories of all time. He’s one of my favorite characters of all time. It spawned the ultimate homage horror movie franchise; Halloween. So, as mentioned before, when Rickey approached me about taking part in this, I knew immediately that the Horror of Dracula (1958) was going to be the anchor of my article. So without further ado, let’s jump into our final movie, the Horror of Dracula. Sure, we must mention Peter Cushing and Christoper Lee, but we can’t forget the likes of Michael Gough and Melissa Stribling, who also deliver brilliantly. The story of Dracula is as old as time, and everyone has their vision.

Some grand and some not so much. With the Horror of Dracula setting off the Hammer Horror series, it had a dual duty of starting a brand and living up to being a top-tier version of everyone’s favorite count. Lee’s performance is what legends are made of. In conversation circles, the heated debate usually starts with Lugosi or Lee. Tread softly. There’s a charm and grace with the Horror of Dracula that aren’t there with other tellings. Now, that’s not to say the others aren’t worth their mettle; however, the interpretations by Cushing and Lee should be met with the appropriate amount of garlic flowers.