Decades- The 1940s: The Films Of Claude Rains

Comic-Watch presents a bold new Media theme for 2022: Decades! All during 2022 we will be looking at the best, the worst, the most notable, the least known, and the most far out film and television entries in history decade by decade. Some of these titles will be well known, some will be lost and forgotten in time. Come join us in our Way-Back Machine for a journey into mystery, horror and science fiction as we travel through the Decades!

When thinking of the Science Fiction and Horror genre, your brain doesn’t instantly jump to the 1940s, but the decade is rife with films.  The genre was extremely popular during this time building off the success of many of the classic Universal Movie Monsters that premiered in the 1930s.  Dracula, Frankenstein, and The Mummy were all released in the early 30s which spawned a plethora of similar movies.  In this first article in the series, we will look at three of the most well-known movies of the 1940s.  The Wolf Man, Phantom of the Opera, and The Invisible Man series.  These may not be the best the decade had to offer, but they helped shape a generation of filmmakers to come, and they all have a connection to Claud Rains.

Although the first Universal werewolf picture was Werewolf of London (1935), the more famous is of course The Wolf Man, starring Lon Chaney jr. and Claud Rains.  This movie solidified the werewolf legend and has become the basis for the modern-day werewolf mythos.  Lon Chaney Jr as Larry Talbot was a likeable sympathetic character, who is remorseful and wracked with guilt over his lycanthropic killing.  Jack Pierce re-used his design for Werewolf of London, which went unused in that film due to a plot issue where the actor needed to be more recognizable.  His original design has become the legendary look one associates to werewolves.  Like the earlier Frankenstein and Dracula, the image of “The Wolf Man” has become iconic.  Lon Chaney Jr played the character in four other films but unlike his contemporary Universal Monsters, he never got a direct sequel.  There is a 2010 remake starring Benicio del Toro, and a reboot was announced in 2020 with Ryan Gosling as the titular character.

The Wolfman is one of my all-time favorite movies.  There is something magical about the combination of superb performances and fantastic story.   It is one of my first memories of a horror movie and could possibly be the movie that got me addicted to the genre. 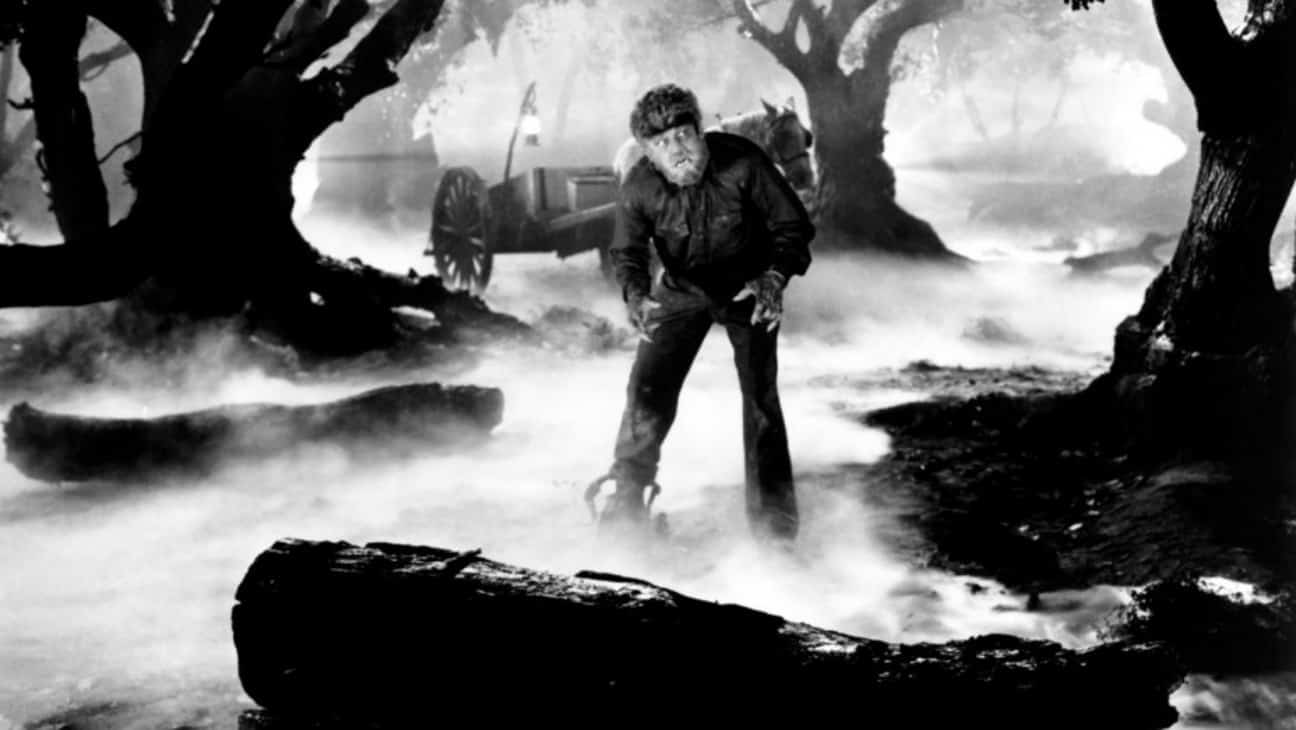 Universal based many of their movie monsters on existing literature like Mary Shelly’s Frankenstein and Bram Stoker’s Dracula.  So it is no shock that they dusted off their copy of Gaston Leroux’s Phantom of the Opera, although I don’t think anyone involved in the movie actually read the book as there is no resemblance to the plot of the 1910 novel, besides the fact that the Phantom is in love with an up and coming opera singer named Christine Daae’. Staring Claud Rains as the title character, the production is the only Universal horror film to win an Oscar (Art Direction and Cinematography).  The Phantom is again a sympathetic character, a seemingly harmless musician who is obsessed with a young singer and is secretly funding her training.  He goes mad when he believes the concerto he composed is stolen and during a struggle is burned with acid, disfiguring his face.

The source material is actually based on real events.  There was a rumor of the “Opera Ghost” and a fire on the Paris Opera House roof did cause a chandelier to drop on the audience, and the underground lake does exist and is still used to train firefighters how to swim in the dark.  The movie was a commercial success but was met with mixed reviews.  I love the idea of the masked cloaked figure lurking in the shadows, but it is unfortunate that they didn’t borrow more from the original book.  The movie took to long in creating the phantom (who in the book has a birth defect) and spent too much time on opera numbers.  Creating a better relationship between the Phantom and Christine could have given the ending a bit more impact. 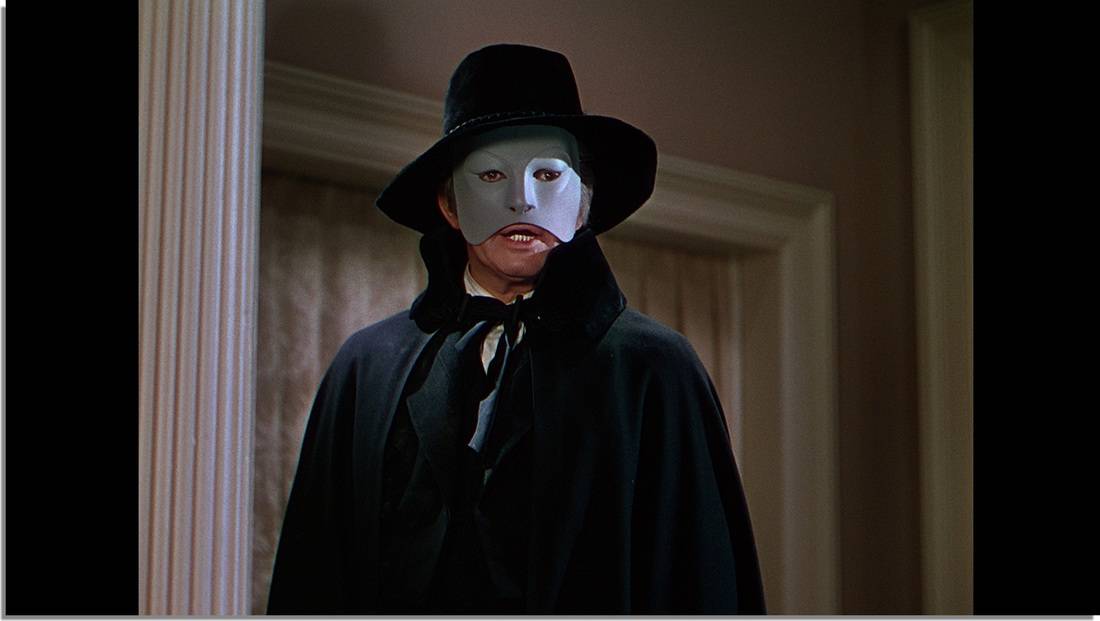 I am most impressed what these movies were able to pull off considering the technology available.  Imagine, no computer animation or even blue / green screen aftereffects.  Vincent Price, who leads the first sequel only appears as himself for one minute in the film and when not covered in bandages was being filmed draped in a black cloth filmed against a black background. Vincent Price also did a voice cameo as the Invisible Man at the end of Abbott And Costello Meet Frankenstein. 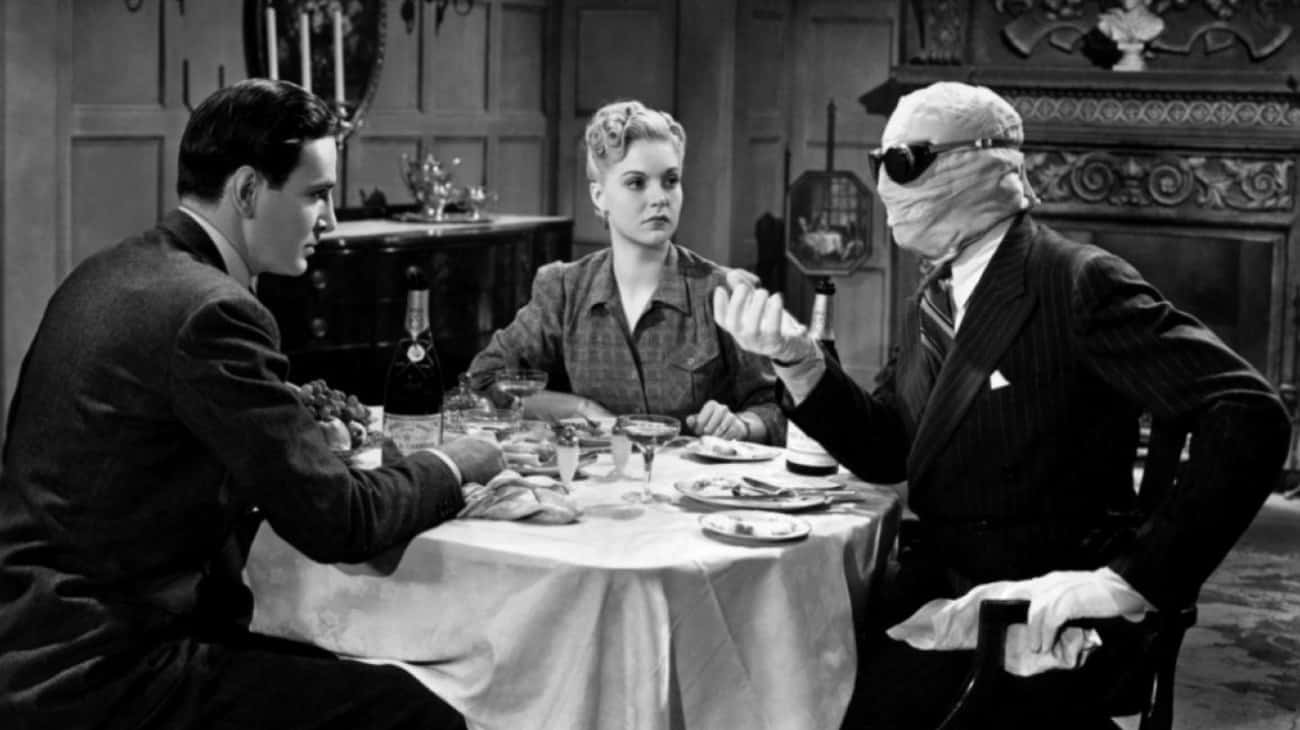 Horror and Science Fiction Media Through the Decades: The 1940s