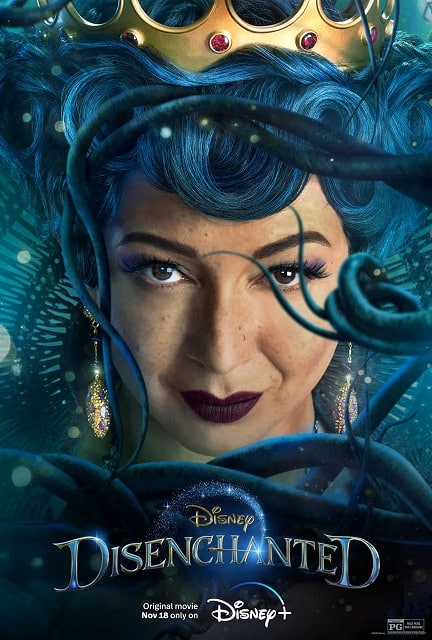 Chaos ensues when Giselle wishes for a fairytale life and gets more than expected.

As stated in the movie, “memories are powerful magic”, which is unfortunate for sequels to beloved films since the memory of the original can sometimes spoil the sequel.  Disenchanted comes fifteen years after the original, although in the film only ten years have passed.  Giselle (Amy Adams) and Robert (Patrick Dempsey) move with stepdaughter Morgan (Gabriella Baldacchino) and new baby daughter, Sofia, from New York City to a suburb named Monroeville to the chagrin of Morgan who is going through those awkward teen years.  Their “Happily Ever After” life isn’t so fairytale perfect due to issues with their house, a snooty town council “Queen” named Malvina (Maya Rudolph) and Morgan feeling ostracized at school.  King Edward (James Marsden) and Queen Nancy (Idina Menzel) visit from Andalasia with a “Wishing Wand” as a gift for Sofia, but Giselle uses it to wish for a “Fairytale Life”, which of course causes havoc and chaos.  Can the family come together to defeat the evil Queen Malvina and save all things Andalasian from being destroyed, before the stroke of midnight? Watch and find out. 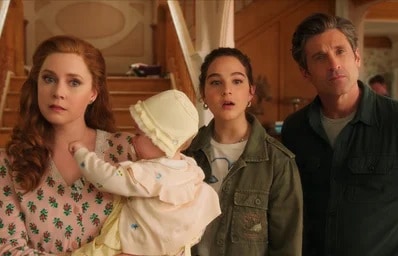 The original film was novel, cute, funny, heartwarming and exciting, with an iconic and memorable villain, but the sequel tries to be all those things and falls just short of achieving it.  There is nothing wrong with the movie, but it just doesn’t live up to the expectations of the first film.  Giselle is what I like to call an “Agent of Change”.  Through just being herself, she influences the characters and the world around her for the better.  The problem with trying to do sequels based on characters who are agents of change, is difficult and often feels like a rehash of the original film.  Disenchanted falls a little into this trap, but they did try to shake it up a bit, with a “curse” turning Giselle evil (Not really a spoiler since this is stated in the trailer and commercials).  Amy Adams does a great job switching between her good self and evil self, actually having conversations with the two sides of her personality.  In fact, the majority of the cast is really good playing both real world and fairy tale world versions of themselves. The production value is good with gorgeous costumes, particularly Malvina and Giselle’s “evil queen” dresses.  The songs written by Alan Menken and Stephen Schwartz are also wonderful and expertly performed.  The show stopping “Badder” number performed by Adams and Rudolph is a joy to watch. 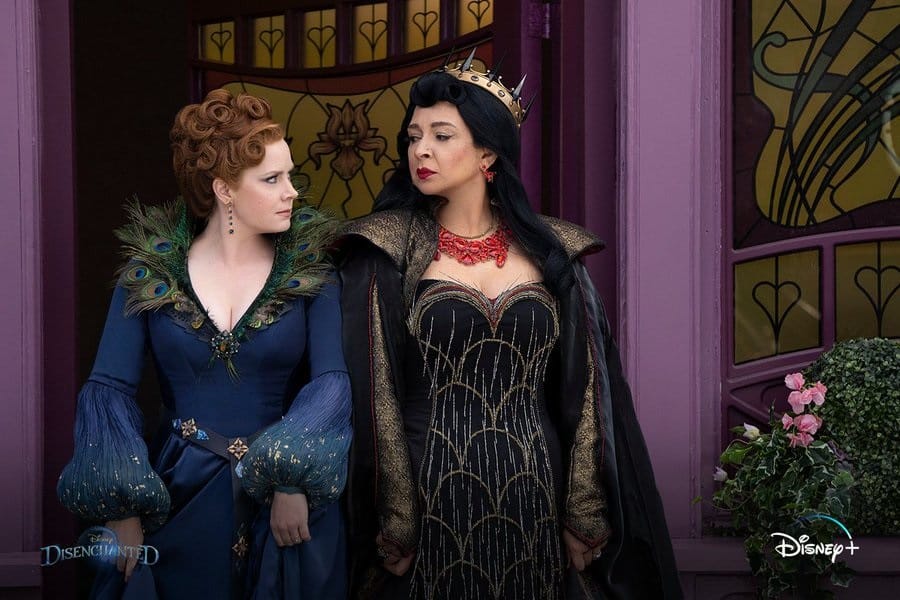 So, if the cast, production values, and music aren’t the issue, then where did the movie fall short? In the story and thus, by default, the script.  The plot alone is intriguing and interesting, but it was not executed well.  They tried to cram too much into the film, making it feel convoluted and overcrowded without really being able to relish any moments or delve deep into character.  With so much happening within the story, the script suffered with dialogue that felt a bit rushed and clunky and to top it off, it was very predictable. 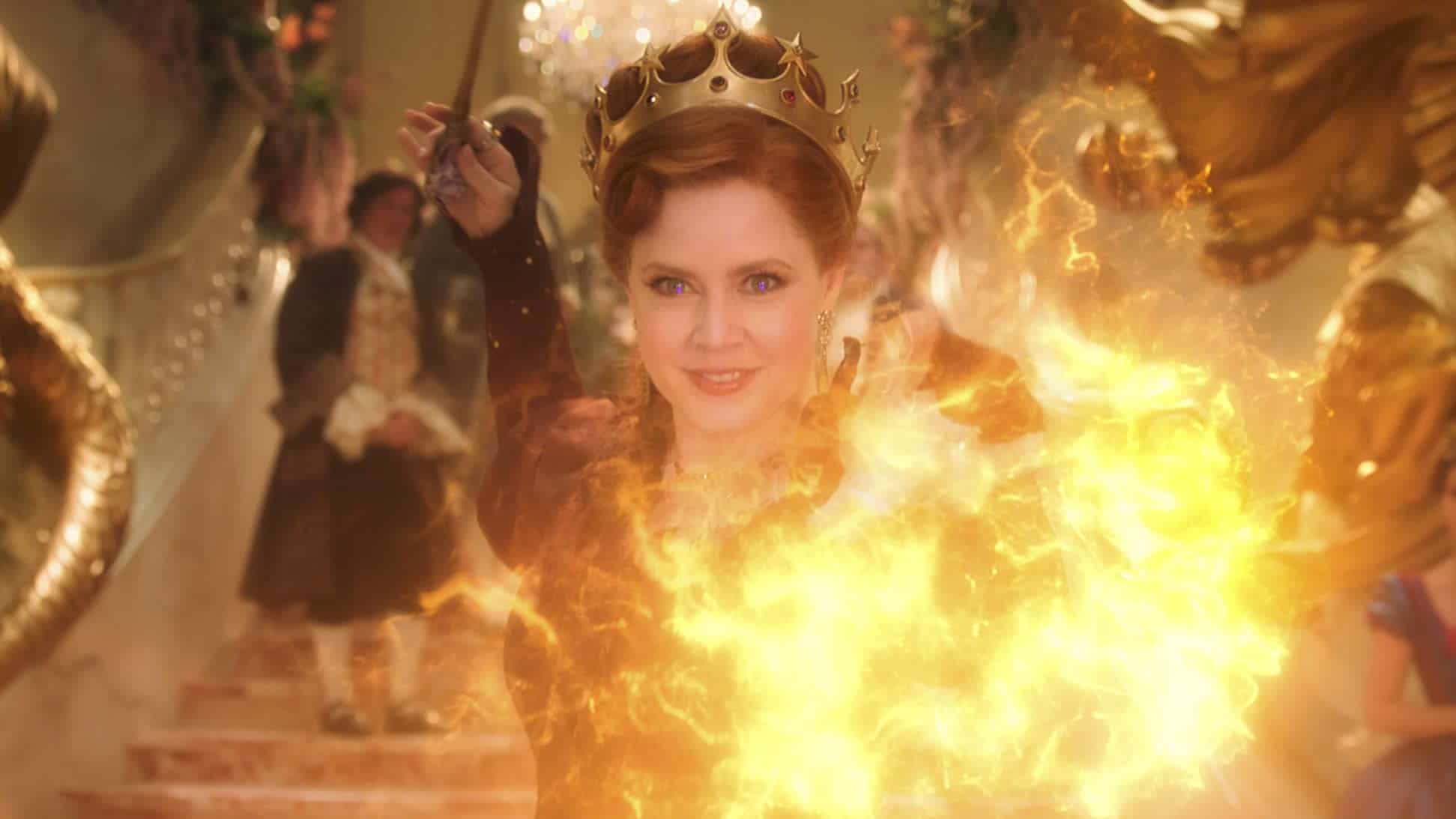 When you combine the good aspects and the bad aspects of the film, what you end up with is a mediocre knock off from the original, with some good performances and catchy tunes, but it is missing that magical spark that would make it memorable.

Not a bad movie, just missing the magic spark that would make it memorable.