Don’t Look Up: To Close for Comfort 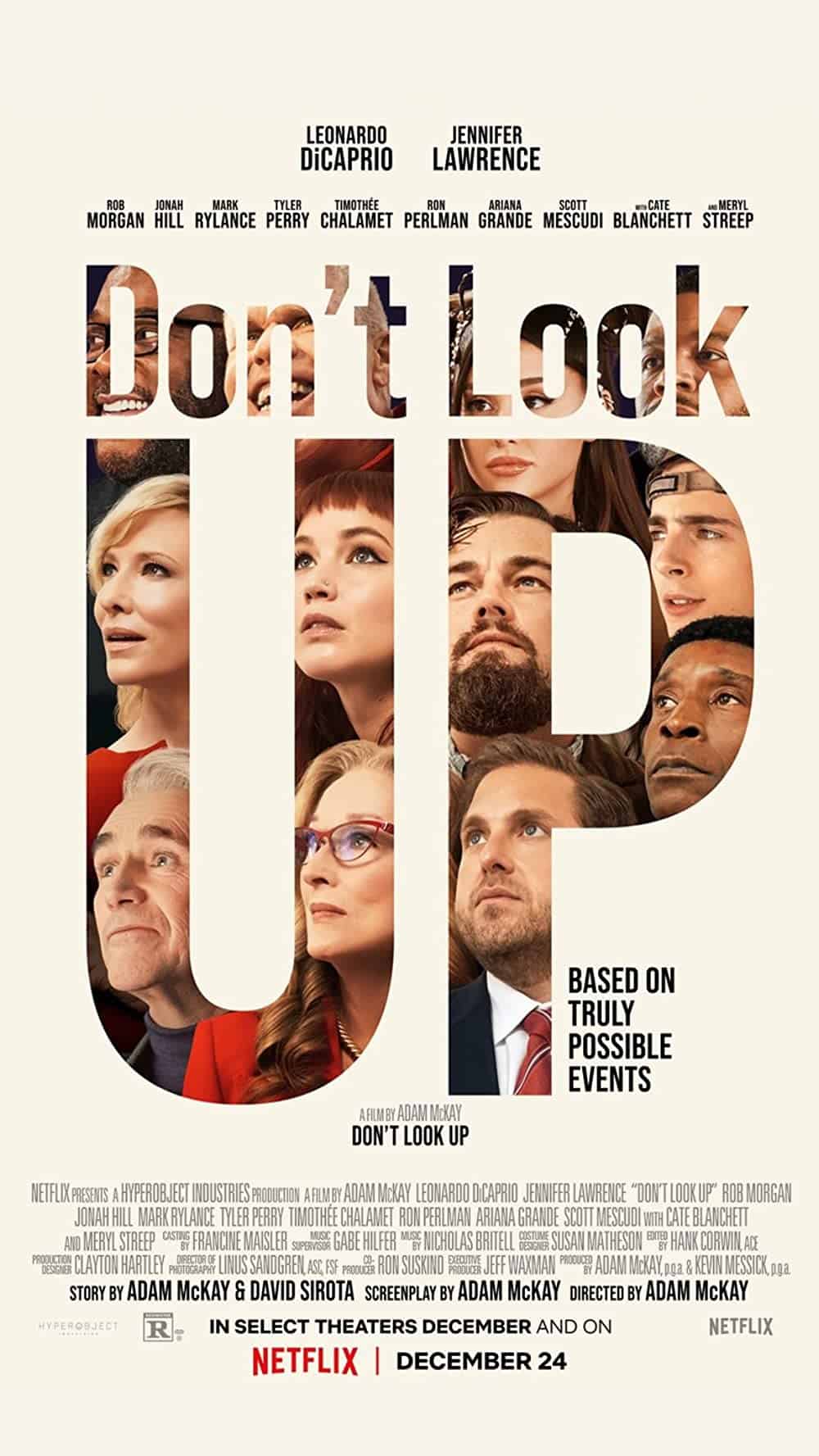 As a comet hurtles toward Earth, the politics surrounding how to handle the situation create obstacles to the very survival of the planet.

When a grad student, Kate Dibiasky (Jennifer Lawrence) at the University of Michigan State, working for her PHD in Astronomy, discovers a new, very large Comet, everyone begins to celebrate. For a student, this is a big deal, but as her professor, Dr. Randall Mindy (Leonardo DiCaprio) does the trajectory calculations, they realize, this is no time to party, as the comet is coming straight for Earth.  The pair are hurried off to Washington D.C. to meet with Dr. Teddy Oglethorpe (Rob Morgan) and the sitting President, Janie Orlean (Meryl Streep). But their message of impending doom if we don’t act immediately, is brushed aside due to politics. The rest of the story tracks how the pair keep trying to warn the public, but few are willing to take it seriously. It shows how corporate greed influences politics.  It shows how social media affects our very thoughts and beliefs and it shows how today’s society will believe what they read on the net even if it contradicts peer reviewed scientific data. 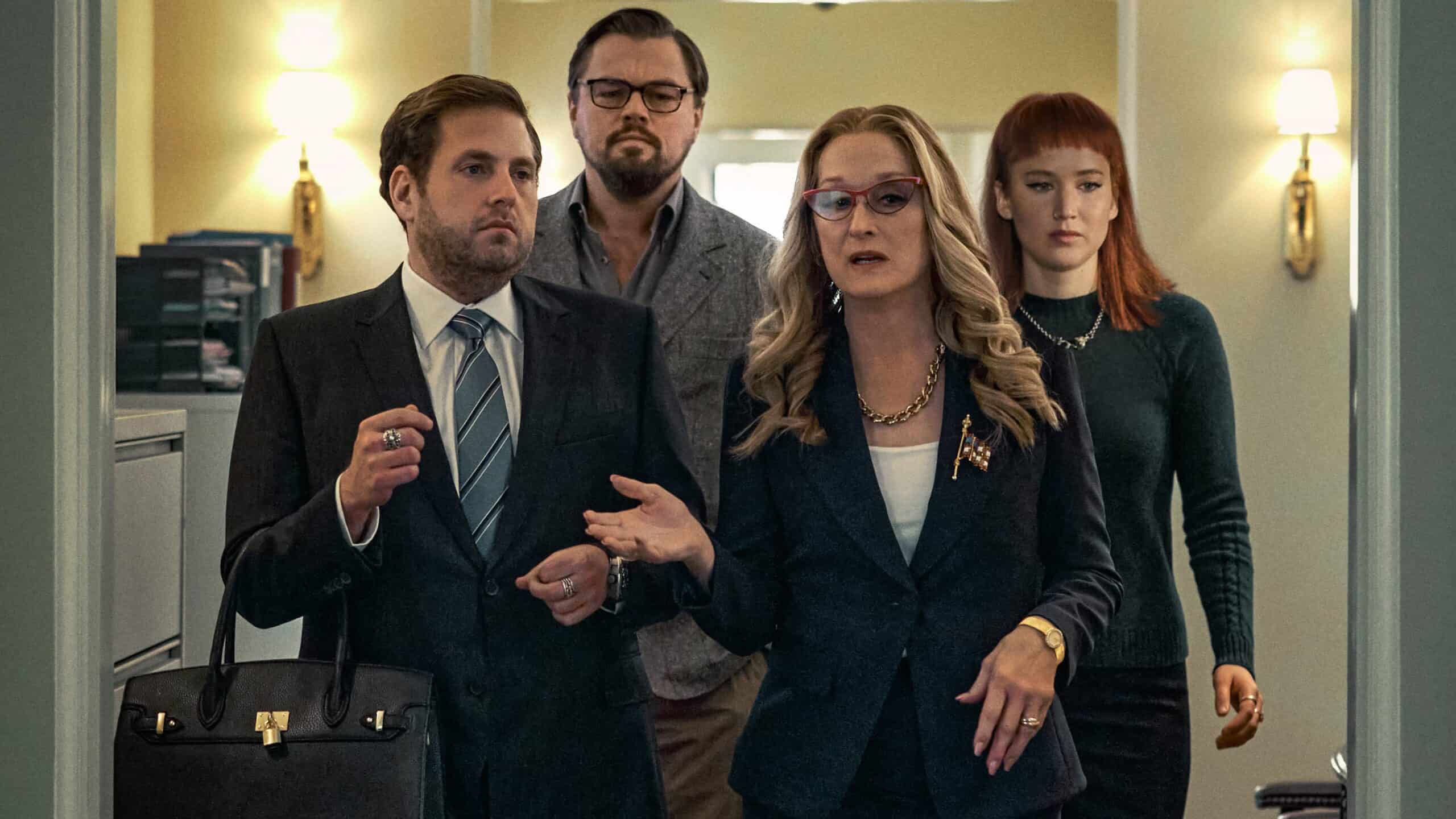 The casting of this film is amazing, with several Oscar winners and box office draws. But this isn’t “that” type of science fiction movie. This is not Deep Impact or Armageddon. This is a satirical comedy looking at our government, with some very subtle and not so subtle caricatures of people in our current political system. Maryl Streep’s President Janie Orlean is a Trumpian type character with several scandals happening right around mid-term elections. She plays the part in almost a farcical way, and really highlights much of the buffoonery of the character she is parodying. Including nepotism, as her son, Jason (Jonah Hill) is her chief of staff and the choice of white supremacist unqualified people in positions for political gain.  Like an anesthesiologist as the head of NASA.  Once the comet is visible in the sky, and the “Just Look Up” movement begins, the President rally’s her followers by chanting, “Don’t Look Up”. This sounds remarkably like, “Lock Her Up”, an infamous Trump chant during his successful campaign running for President. There are also some obvious parallels between our previous President’s handling of the Covid epidemic and the main plot of this movie. The film was announced in late 2019 but was written in 2020 while the debate over how to handle the Covid situation was unfolding. 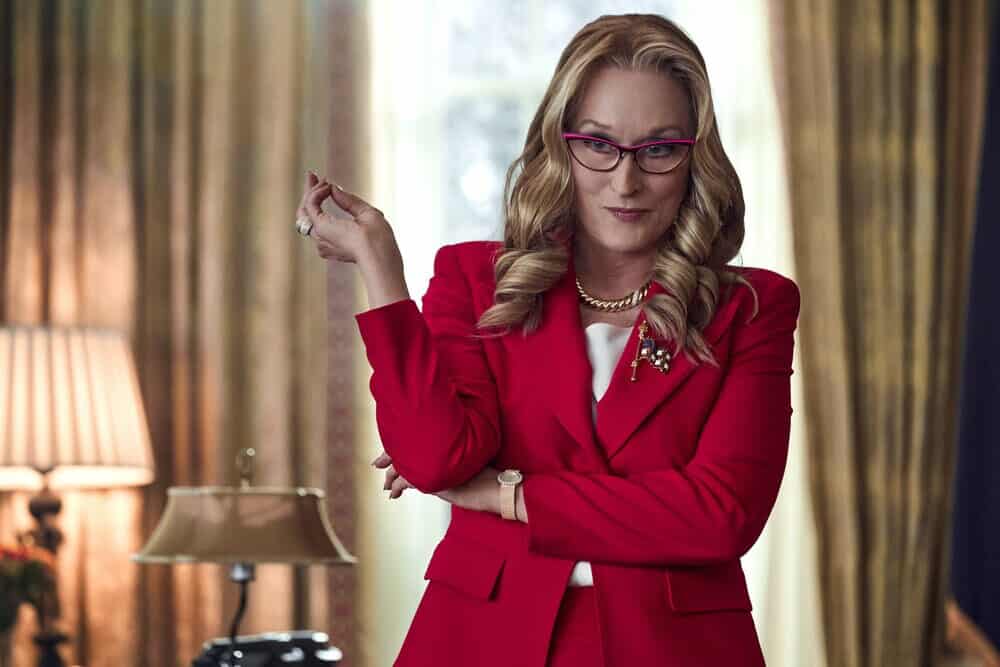 I found the movie quite enjoyable, with several laugh out loud moments, but it is a bit slow moving and It  loses its focus a bit, but still delivers a strong film. Jennifer Lawrence is perfect in her part, which isn’t surprising as Adam McKay wrote the part for her. It plays to her comedy style. What comes through is a relatable and likeable character who has the strength to see what is happening and say “WTF” to all the craziness surrounding the situation. Leo plays a realistic man who gets caught up in his newly found fame and loses his way for a bit, but ultimately gets back on track. The script is witty and the production quality feels real and a bit gritty, even with all the humor. Several of the most urgent speeches about our situation are unaccompanied by underscoring, giving a very stark, realness to the dialogue. 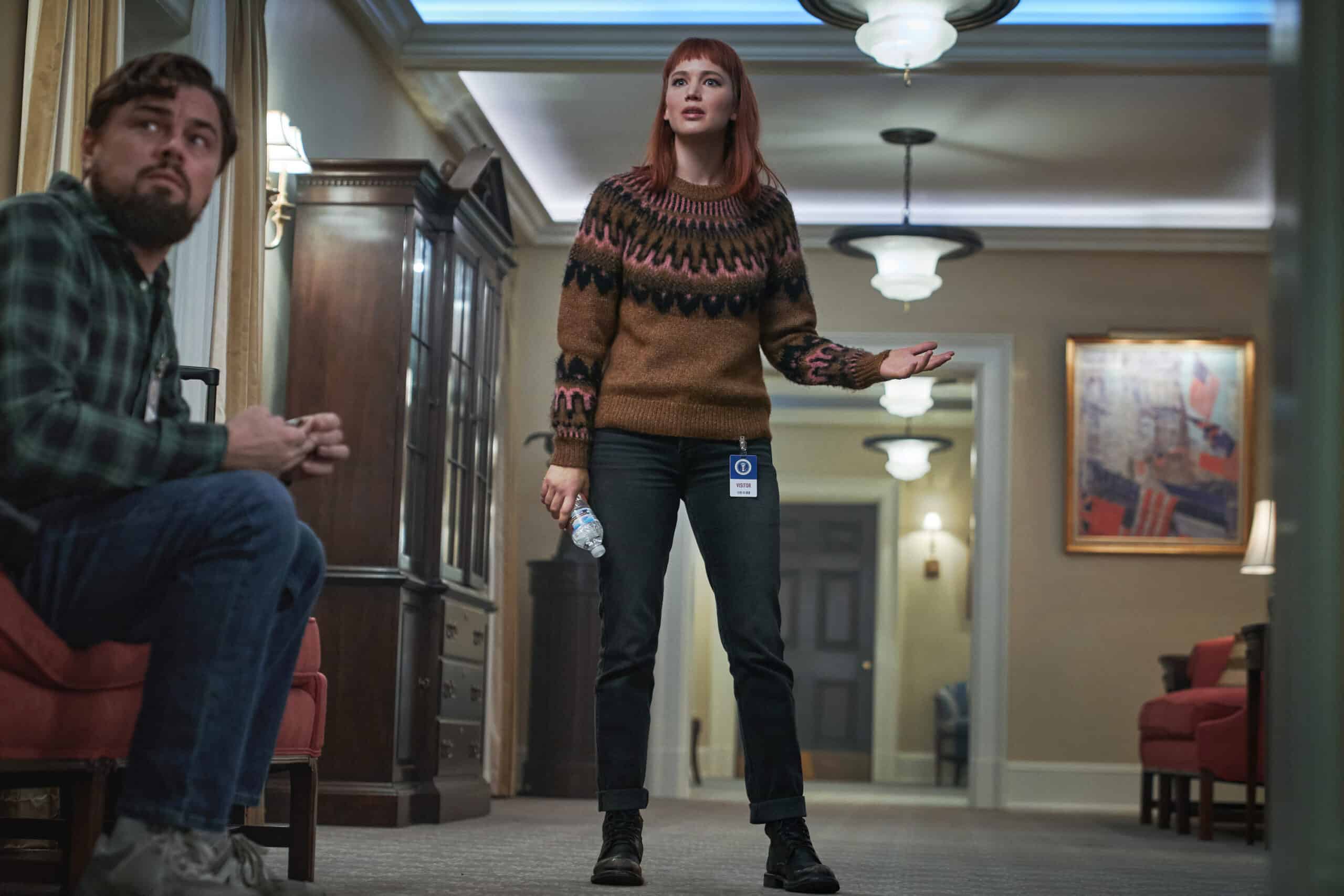 Adam McKay, who wrote, directed, and produced the film, is sending us a hard message here. We as humans are messing up this world, and there are a lot of scientists, with hard hitting data, yelling into cameras that we need to act fast or we may not have a world to save, but politics and over reaching corporations who are too concerned with money and profits have distracted and confused us enough to not trust the actual science. This movie, as funny as it is, hits us harder than many dramas could. The question is, will we take heed!

Overall, a funny, witty, and hard hitting satire, even if it is a bit slow at times.  This film won't be for everyone, especially those with certain political affiliations.  (And make sure you watch all the credits).

Don't Look Up is now streaming on Netflix.

Don’t Look Up: To Close for Comfort