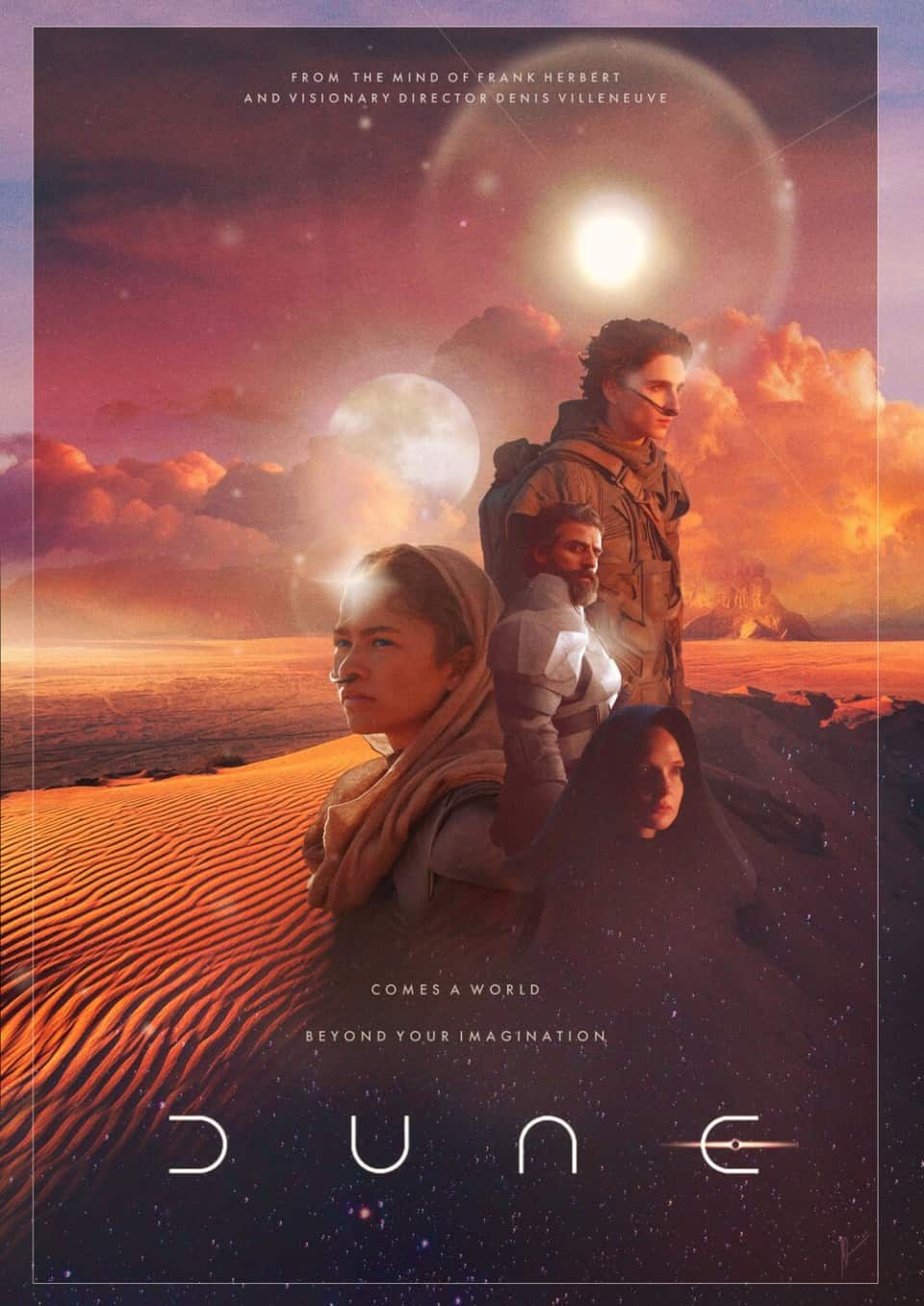 A sprawling political drama placed on the desert planet Arrakis and the battle over control of the Spice, a drug that makes interstellar space travel possible.

In 1984, I was 15 years old and a good friend and I went to see a movie called Dune.  It quickly became one of my favorite movies.  There was something about David Lynch’s quirky style, the likeable cast and the sprawling story that just drew me in.  It wasn’t perfect, there are some laughable corny moments, and although I no longer list this in my top favorite films, it still holds a place in my heart.  Now, I know that I am in the minority on my positive opinion of that film, as it was critically panned and most people I know do not think of it in a favorable light.  When I heard about the feature film remake (as apposed to the TV mini series in which I have not seen), I was fairly excited, but reserved in my expectation.  I was pretty sure that they would not capture the same magic of that first film had for me.  And I was right. 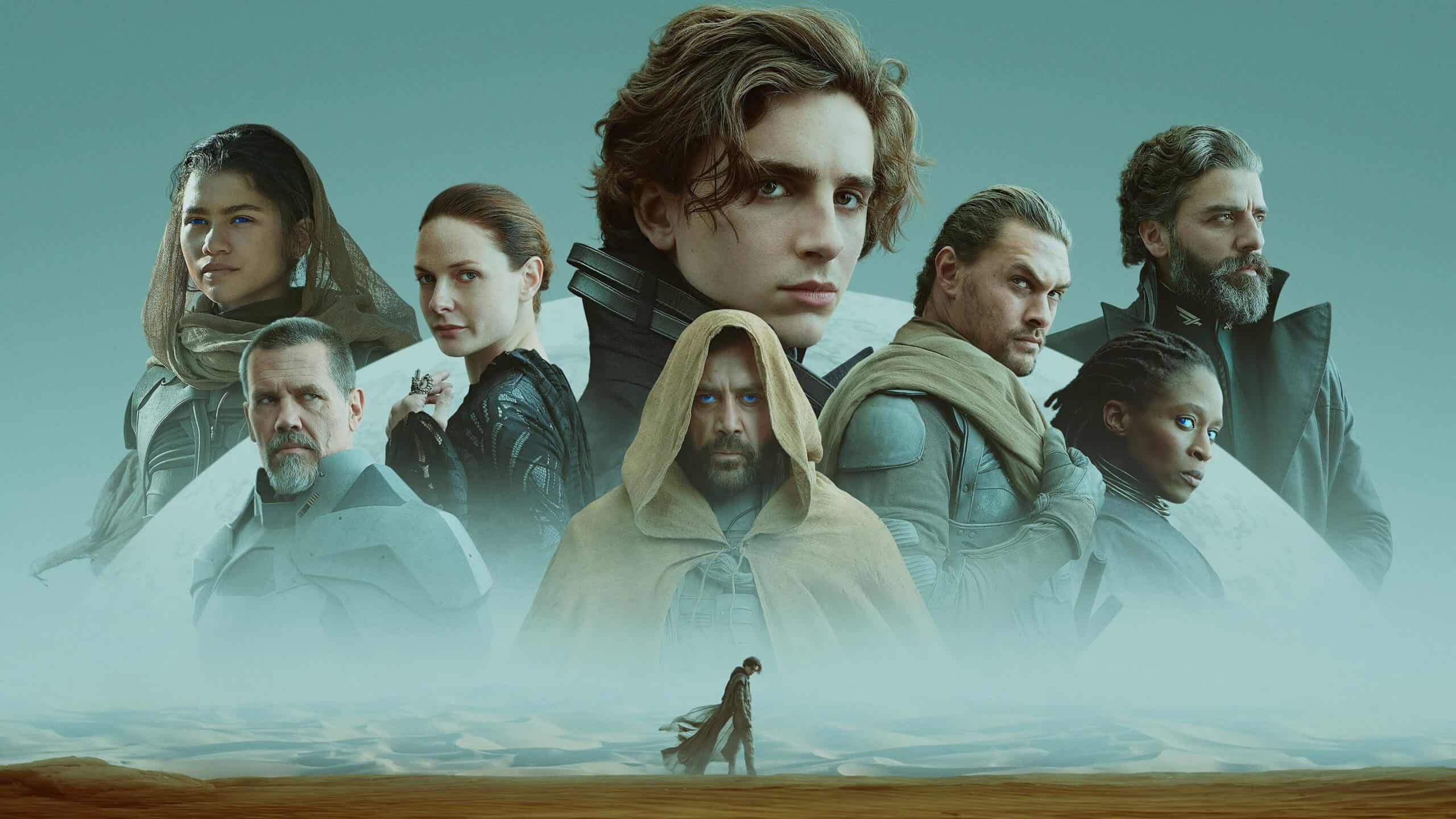 Dune is a sprawling complex story and was once thought of as a book that could not be made into a film.  It is a complicated political drama and power struggle centering around the planet Arrakis.  The main export of the planet is the spice Melange, commonly referred to as “The Spice”.  The spice is a drug that opens the mind and allows space navigators the ability to plot safe passageway through the stars.  Without the Spice, interstellar space travel would be impossible, and because of that, The Spice is the most valuable thing in the universe.  The great houses (political rulers) have vied for control of the planet, and for years that honor has gone to the House Harkonnen, who have become insanely wealthy from it, but are ruthless abusers of their power and treat the local inhabitants with insane brutality.  In the present, the House Atreides has become very popular and the Emperor (leader of the known universe), worried about a challenge to his throne, removes the Harkonnen’s from Arrakis and places Duke Leto Atreides and his family in charge.  The duke’s son, Paul, is a special boy, and is destined for greatness.  There are twists, turns, betrayal, death, war ending with Paul and his Bene Gesserit (a religious order of women who have psychic abilities and guide the great houses) mother escaping into the deep desert to find the Fremen, the indigenous population and to fulfill Paul’s destiny. 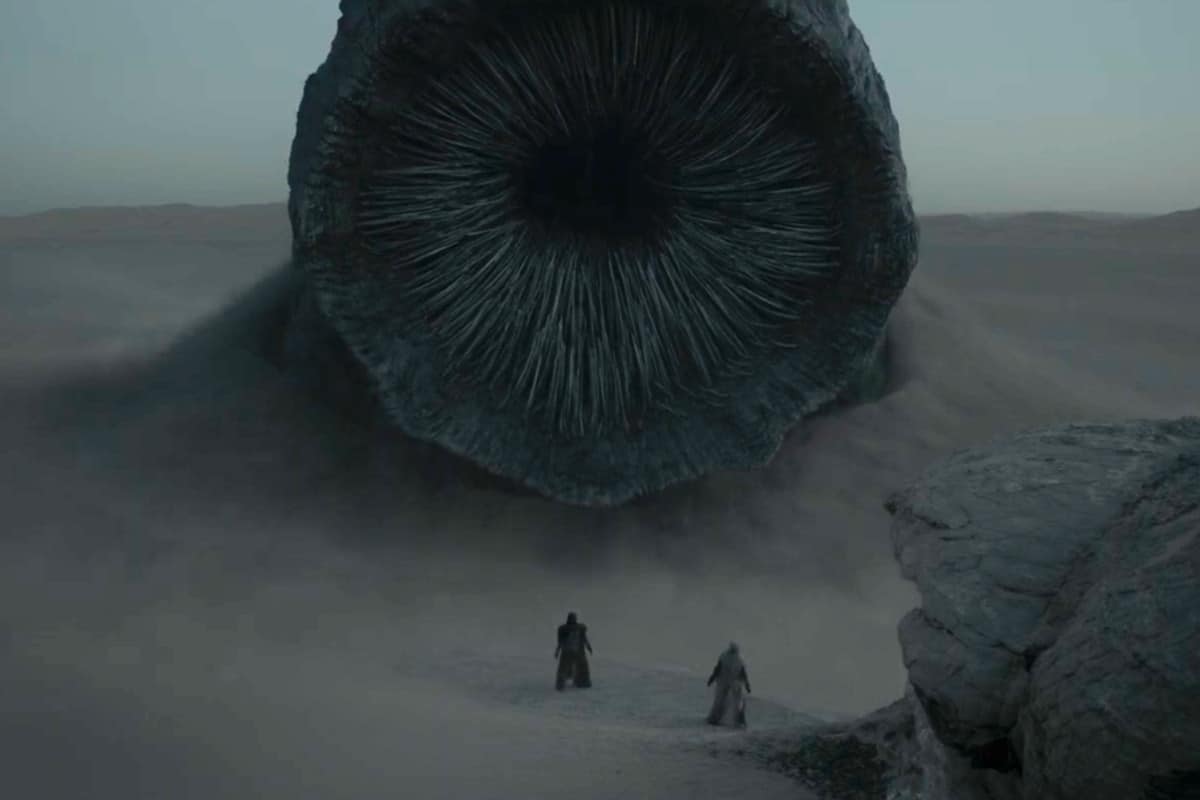 This may seem like a fairly long description of the story, but it barely touches on all the themes and plot points and the 2021 movie only covers the first half of the source material, the 1965 novel by Frank Herbert, and is still two and a half hours long.  It truly is a feat to try to put such a complex story onto film and try to make it both entertaining and intelligible.  For the most part, this film succeeds in this task.  It is definitely a movie you need to pay attention to, there is a quiet subtlety in the exposition material, and the production does its best to feed you the information you need to understand what is happening and to expose the deeper themes without feeling contrived or forced.  The beauty of the desert is spoken of, and the imagery backs that up.  From the beautiful oceans on the Atreides home world of Caladan to the stark desert land scape of Arrakis the settings are wonderfully portrayed and visualized.  I loved the design of the space crafts, especially the dragonfly inspired Thopters used on Arrakis.  The performances were all good.  Timothée Chalamet does a descent job as Paul, played in this movie much younger than in the earlier film.  He is almost frail looking, but holds surprising inner strength.  Oscar Isaac as Duke Leto was wonderful, adding a warmth to the character toward his son that enhanced the empathy felt towards his character.  Jason Momoa as Duncan Idaho, a warrior of House Atreides, is just pure fun to watch and whose character adds a humanizing element to Paul.  Rebecca Ferguson as Lady Jessica, Paul’s mother, was the one character I was disappointed in.  Although the part was well acted, the choices made for this character were off to me.  She seemed weak and frail and nearly always terrified.  As a Bene Gesserit, she is powerful and strong.  This aspect poked out from time to time, but was absent for most of the movie.  As the consort to a leader of one of the great houses, I would have expected her to be more regal and to hold herself with a certain poise.  The rest of the cast is all very good, with strong performances from Stellan Skarsgård as Baron Vladimir Harkonnen, Sharon Duncan-Brewster as the imperial ecologist and judge of the change on Arrakis, and Javier Bardem as Stilgar, the leader of the Fremen tribe Paul and Jessica escape to.

The hardest part for me is to not compare the movies too much.  It is impossible for me to not compare them as I stated earlier, the 1984 film is a favorite of mine.  For the most part, the beginning of both films follow the same basic plot points, with certain script elements being word for word the same (most likely directly from the book as well).  The characters of Stilgar and Dr. Liet-Kynes both have extended character development not found in the first film, most likely to save time.  The 1984 film covers the entire Novel, since the 2021 version only covers half the book, we were given some better character development.  In the more recent film, as soon as the battle for Arrakis begins, the plots diverge and we are given some explanation to things that the 1984 film just hinted at.  The one thing I really missed that was absent from the new, was the voice over exposing character’s thoughts.  This added much needed information about the very motives of characters.  Without this, the exposition in the new film was sometimes convoluted and difficult to follow.  In addition, ending the movie where it did, seemed abrupt.  It felt like Paul’s story just got going when it stops.  Even with all the differences from my beloved first film, I still very much enjoyed the movie.  The storyline is timely with its political intrigue and the characters are interesting and well developed.  It does lack a bit of that special weirdness that only David Lynch could inject, but for most people, that is probably a plus.  I have no doubt that this film will be more critically received than that of the latter and I really hope that we get the second half of the story, as it would be terrible to not see what happens with these characters. In the movie it is made mention that this is Part One but as of this writing a second part has not been given the go-ahead. Whether we actually get the second film will be determined, of course, by the box office.

A complex but enjoyable film with some very strong performances and an interesting story.  Where it is missing a bit of the weirdness of the 1984 film, it is a strong adaptation of the 1965 novel of the same name by Frank Herbert.