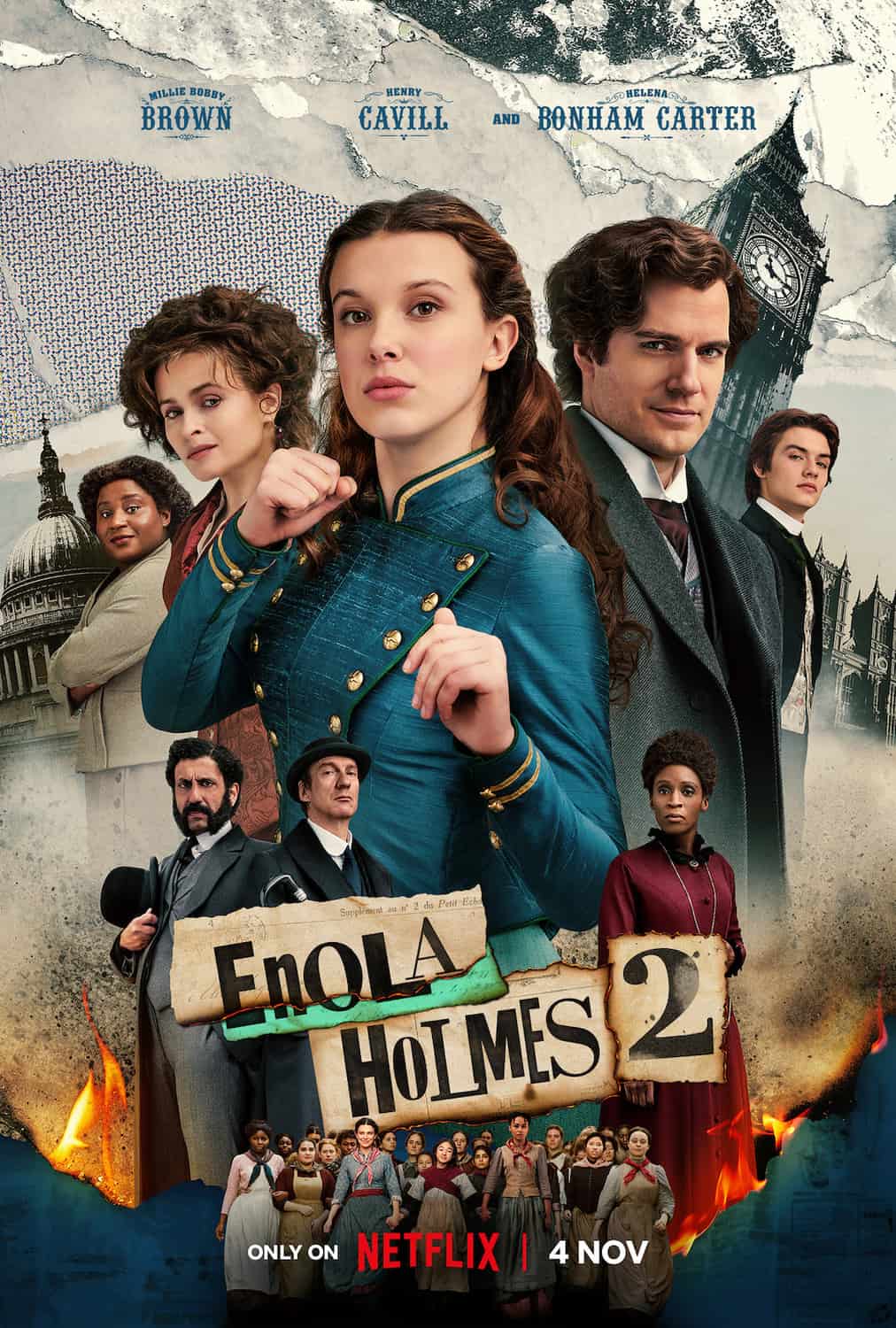 Enola and her brother, Sherlock's separate cases converge and become one involving a conspiracy, cover up, and murder!

The Enola Holmes movies are based on a series of young adult novels and aren’t necessarily genre films but considering the stars all hail from other genre sources, I figured the sequel to the 2020 Netflix movie would be of interest to the Comic-Watch readers.  Millie Bobby Brown of Stranger Things reprises her role as Enola Holmes, the younger, but equally as brilliant sister to the infamous Sherlock Holmes played by Henry Cavill, who of course is the DCUs Superman and the star of the first three seasons of The Witcher television series (Liam Hemsworth is reportedly taking over).  Their mother is played by Helena Bonham Carter who has been in a long list of genre films including being Bellatrix LeStrange in the Harry Potter movies.  And new to the sequel is the character Superintendent Gail, played by David Thewlis, who was Ares in DCUs Wonder Woman and Professor Remus Lupin also in the Harry Potter franchise. 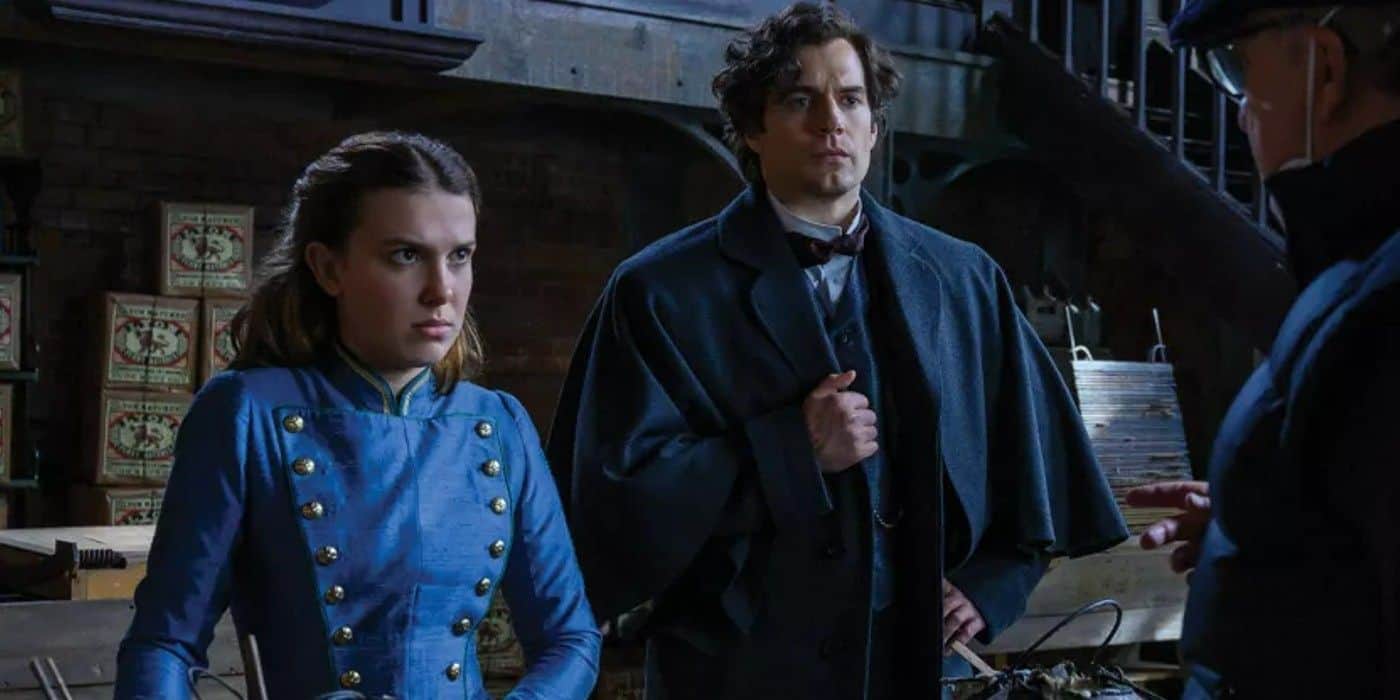 After the events of the first movie, Enola tries to start her own detective agency, but being quite young and a woman, all her clients would rather hire her brother.  As she is closing her office, she gets her first client, a young girl, whose sister has gone missing.  Both girls worked in a matchstick factory and as Enola begins her investigation, Sherlock is stumped by his own case.  When the two cases converge, brother and sister must work together along with a bit of help from their mother, who has a penchant for explosives, to uncover a conspiracy, save countless lives, discover who Moriarty is and come to terms with their own independence and loneliness.

I have a passion for mysteries, and I have loved the mysteries of Sherlock Holmes since I was very young, finding the use of logic and deduction fascinating.  The Enola Holmes movies build off the already established foundation and expand the Holmes universe in a great and wonderful way.  The much younger sister of Mycroft and Sherlock who is just as amazing, but with a jovial and wide-eyed frantic energy. She is described as being a force of nature that can’t be controlled, and Millie Bobby Brown does a great job bringing this too life.  There is a type of exuberance that endears us to the character.  Henry’s Sherlock is just as interesting, stoic, and judgmental of his sister but also admiring her ability to break free of social norms.  In a wonderful moment between the two, Sherlock warns Enola to be careful to not “become him”.  Warning her of the loneliness and solitude he endures. I find the chemistry between the two actors to be wonderful with the familial love and hate that only siblings can have for each other.  The rest of the casting is just as inspired.  Helena Bonham Carter as their mother is perfect.  She is eccentric but loving with the same type of frenetic energy Enola has.  I also applaud the diverse casting with Adeel Akhtar as Lestrade and the introduction of Himesh Patel as Dr. John Watson at the end.  Sharon Duncan-Brewster also shines as Mira Troy. 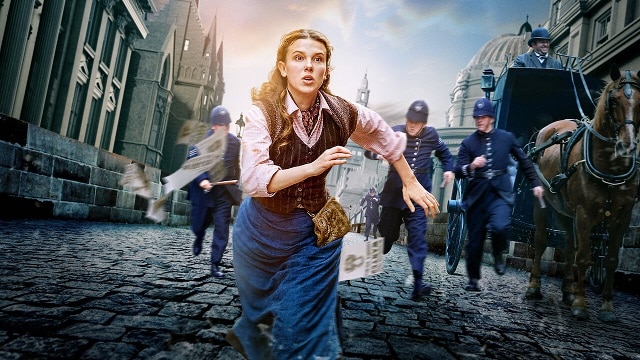 The overall production value is wonderful, with some exciting action scenes, explosions and even a carriage “car” chase for those who need a bit of testosterone fueled excitement.  The music is perfectly matched to the tone of the scene and accentuating the action happening on screen.  The story is intriguing with lots of twists and turns and a good “Whodunit”. The script is smart and the dialogue witty.

It is not often that I hope for a sequel to a movie, but I am hoping the Enola Holmes franchise keeps going with the same cast!