Fantastic Beasts: The Secrets Of Dumbledore Reveals To Be A Joy For The Wizarding World Fans

Fantastic Beasts: The Secrets Of Dumbledore 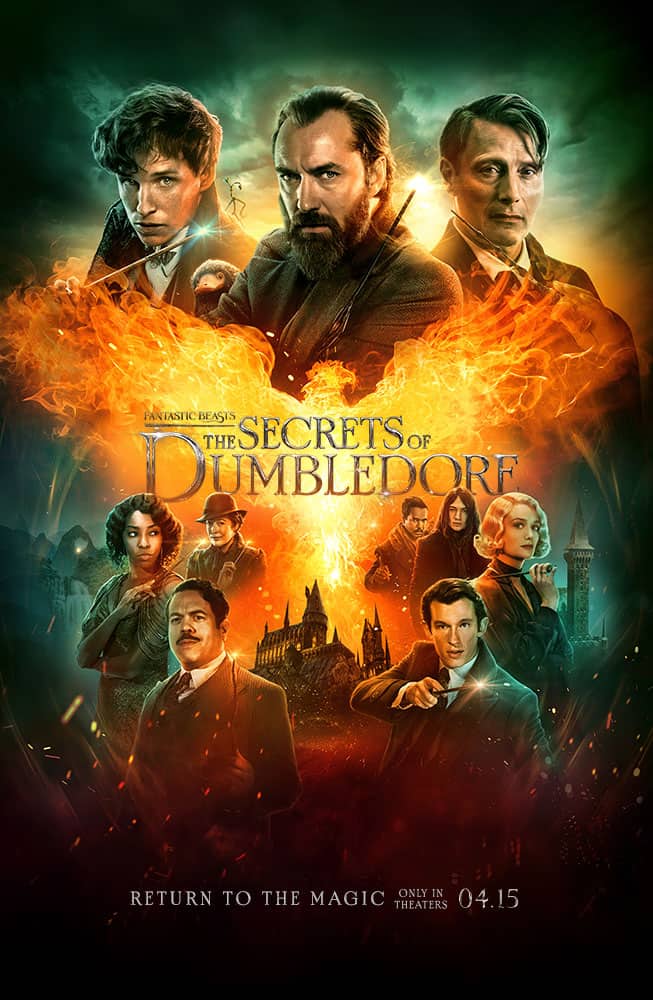 Professor Albus Dumbledore knows the powerful Dark wizard Gellert Grindelwald is moving to seize control of the wizarding world. Unable to stop him alone, he entrusts Magizoologist Newt Scamander to lead an intrepid team of wizards, witches, and one brave Muggle baker on a dangerous mission, where they encounter old and new beasts and clash with Grindelwald’s growing legion of followers. But with the stakes so high, how long can Dumbledore remain on the sidelines?

Spoiler Level: Mild to Moderate--There are spoilers for the second film but, hey, the spoiler window is past!

When I went to the theaters to see the second installment of Fantastic Beasts series, “The Crimes of Grindelwald”, my wife and friends, who are all Potterheads, were disappointed with many aspects of the film, including the ending reveal of Creedence as a Dumbledore. It didn’t fit in the overall canon (both the books and the Pottermore website), some of the plot and side stories they didn’t enjoy, and much more. Their experience is one of many that the third film, “The Secrets Of Dumbledore”, would be up against, as well as some of the off-screen drama with Johnny Depp and Ezra Miller.

The story, film production, directing, acting, and cinematography were all fantastic as we expect from a high-profile movie such as this. I especially want to give a special shoutout to the audio engineering team as I thought they did a marvelous job of taking a magical world and creating the audio in a way that reflects the time period (for example, making the magical voice speaker sound like what a speaker would have sounded like in the late 20s/early 30s). The CGI with the magical animals seem to get better with each movie, so being able to see the visuals improve with every movie is a delight.

As I mentioned before, there were a lot of concerns from casual and dedicated fans about the story in the previous movie that made it seem like it wasn’t following continuity. No spoilers here, but I will say that the writers did a fantastic job of setting this up so that it does keep continuity and that it is really well written as well. No cheap theatrics or lazy writing here. Truly, Potterheads will be able to enjoy the explanation they give about Creedence’s heritage to the Dumbledores.

One area of concern I do have is Mads Mikkelsen as Grindelwald. The film doesn’t really explain why his character has a different look (at least not that I caught), which usually doesn’t really require it if the character’s physical traits are close enough, but Mikkelsen’s appearance is completely different than what we’ve seen in Depp’s portrayal (hairstyle, different iris colors, etc.). So I’m not sure what the film was going for, but they were clearly hoping they didn’t have to discuss this.

Mikkelsen is a fantastic actor, and I think his portrayal of this character is aligned with his style, but it does make the series a little disjointed because the character does seem very different now from the previous two films. Again, if they had some sort of explanation for this, this wouldn’t be a major issue, but either they didn’t include one and will now be an obvious elephant-in-the-room issue or I just missed it when I watched it.

Last but not least, and this may be a spoiler for you…

Do not expect Tina Goldstein, Newt’s love interest, in the movie much. They didn’t really explain why she wasn’t in the movie other than she was in America during the events (which, when does that ever stop a wizard, especially with an international event like this one?), but she does show up for maybe a total of two minutes. More than likely, the reason may be due to scheduling conflicts during the pandemic, but hopefully, we will see more of her in the next movie.

This is a great film for all fans of the Wizarding World of Harry Potter. If you were disappointed with the previous film, this will rectify that experience for you.

Fantastic Beasts: The Secrets Of Dumbledore Reveals To Be A Joy For The Wizarding World Fans