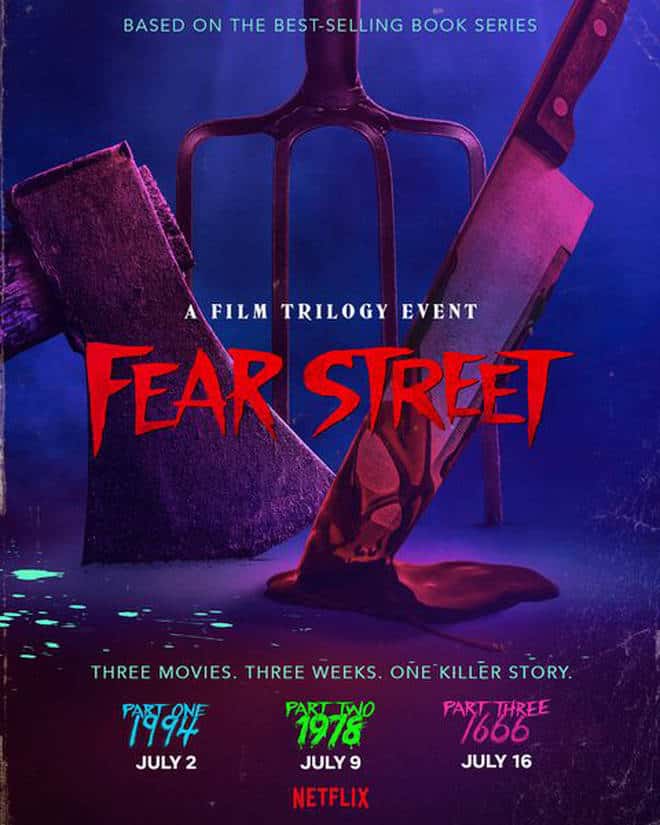 Can Deena, having learned the truth of what actually happen in 1666 to convicted witch Sarah Fiers, put an end to the curse that has plagued her down trodden town of Shadyside before a group of undead serial killers can catch and kill her and her friends?

The third and final installment of the Fear Street series based on the book series by prolific writer R.L. Stine, brings the cast back to the beginning, where it all began, 1666.  To recap.  Shadyside and Sunnyvale are neighboring towns in Unity county.  Sunnyvale is a prosperous affluent community with a remarkably low crime rate, nothing bad ever seems to happen to those that live in Sunnyvale, as opposed to Shadyside, where it seems everyone is cursed.  Crime is high, businesses barely survive and the residents are hand to mouth, living paycheck to paycheck, and few escape.  Plus, every so often, someone snaps and goes on a murderous rampage.   All of this due to witch, Sarah Fier (Elizabeth Scopel and Kiana Madeira), who cut off her own hand in order to curse the land before she was hung.  Most people believe it to be a story parents tell their kids to get them to behave, but Deena (Kiana Madeira) believes it to be true, and to save her possessed girlfriend, Sam (Olivia Scott Welch) she goes on a journey to the past.  When she reunites Sarah’s skeletal hand with her body, she has a vision of what really happens back in 1666, in the small settlement of Unity.  Seeing it all through Sarah’s eyes.  She sees the truth of why Sunnyvale, which is outside the towns limits, is always so prosperous and why Shadyside is destined for gloom and doom.  Once she returns to 1994, in order to stop Deena from exposing the truth, the zombified serial killers from the past are resurrected and the hunt is on to kill Deena.  Aided by her friends, can Deena end the curse that has plagued Shadyside for 300 years?  Watch and find out!

The film uses the convention that when Deena has her vision, the audience sees Sarah as Deena, but we get flashes from time to time of the real Sarah.  Other cast members from the previous film return to play towns folk bringing the story together.  As with the first two movies, the production value is high, the acting is particularly good, especially Kiana who we see as both Deena and Sarah, she switches between modern and historical roles really well.  Making a trilogy all at the same time, gives the movie a consistency not found in most horror series.  The story has a common thread, even though each films cast has a different goal.  In addition, the music I felt was well chosen and keeping with each time period.  The 90’s had a grunge vibe, the 70s had a “Classic Rock” thing going for it, and 1666 created a spooky ambiance using a more down to earth folk music theme.  I still prefer the underscore to be composed specifically for the film, but all three movies chose period songs quite well.

Through the first two films, we are fed clues to what is really going on, some are overt, some more subtle, but by the time we get to 1666, it is pretty well known that the old nursery rhyme about Sarah, isn’t really true and there is much more going on under the surface.  I love movies like this.  A mystery who-done-it.  And Fear Street delivers, all though it was a bit predictable, the story telling was very entertaining, with enough twists and turns to keep my interest. 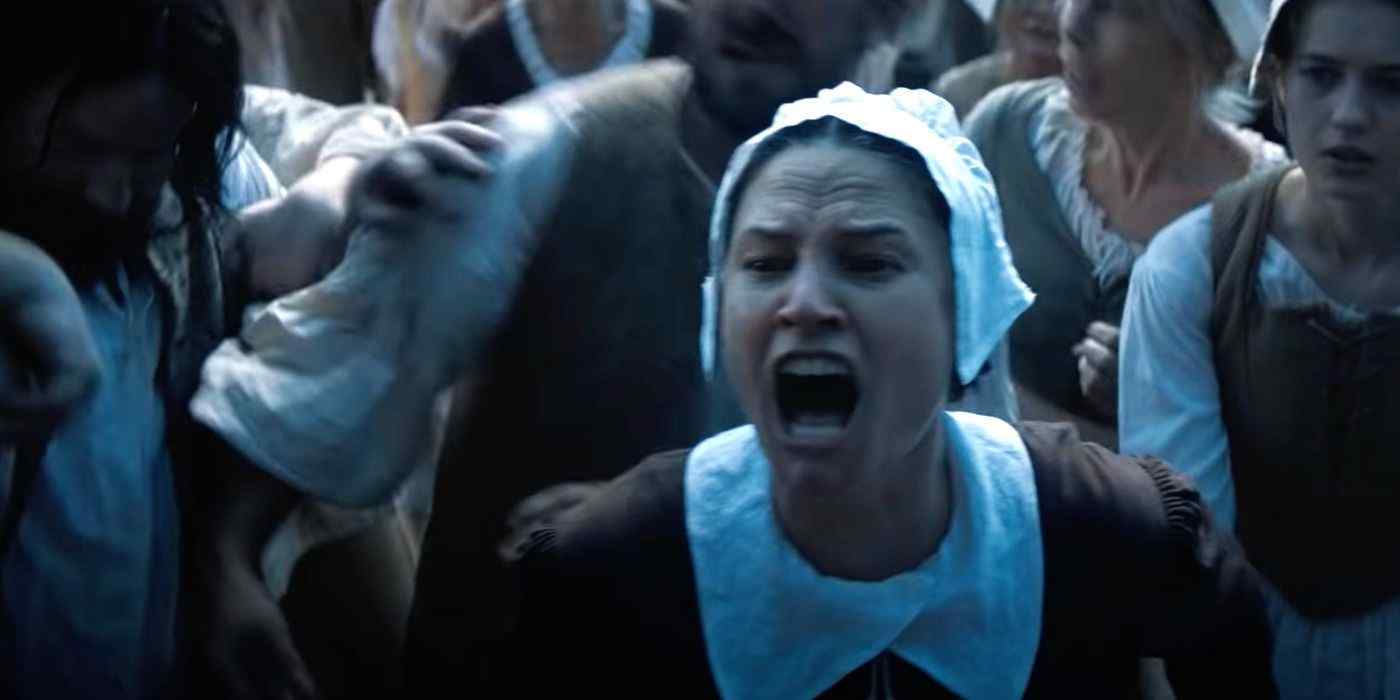 I also enjoy genre movies that add some social commentary.  The first two films had a theme of class warfare.  The privileged Sunnyvalers vs. the underdog Shadysiders.  The third movie was more a morality tale.  History is written by the winners, but that doesn’t mean we know the whole truth, and being the underdog, often makes you the scapegoat.  There is also a heavy Faustian theme as well.  When life gives you lemons, do you offer the devil lemonade.  How far do you have to be pushed, before you sell your soul to get what you want, and does that make you a bad person?  If a good person does evil, are they truly evil as well? 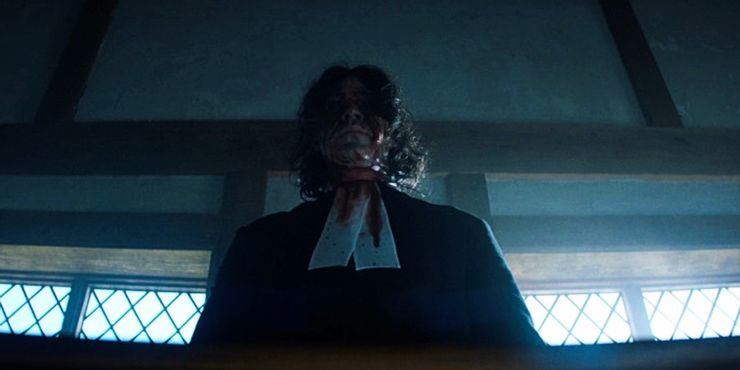 One thing to note:  I do not like seeing animals harmed in movies.  I have walked out of movies because of this, and there is a couple of animal deaths in the 1666 storyline that I could have done without.  Where it does add a little bit to the idea that they village is cursed, there were other ways this was already accomplished and truly unnecessary.  This is a personal preference and does not reflect on the overall quality of the movie.

Overall, I enjoyed the #Fear Street film series much more than I expected to.  With strong performances and an engaging story arch, it remained consistent throughout all three installments.   If you would like to read my reviews of the first two films, click here for 1994 and here for 1976