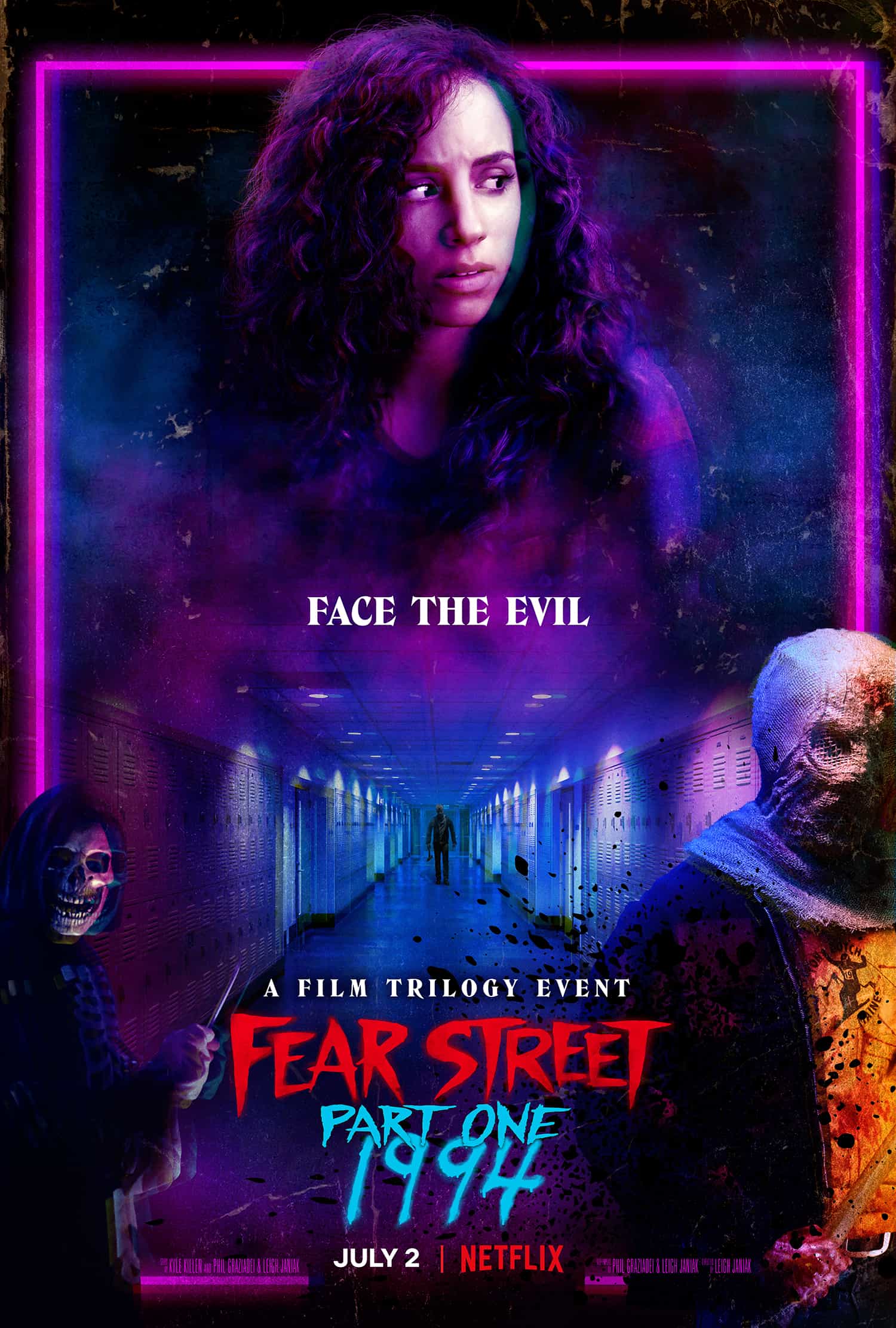 In 1994 Ohio, a group of supernatural serial killers are after a teen girl and her friends.

In 1994, Sunnyvale (Ohio) is a booming prosperous town whose residents are affluent and successful.  Deemed on of the safest places to live in the country, their city is clean, with beautiful houses and welcoming businesses, but their neighboring town, Shadyside is the exact opposite.  The town is struggling to survive, in severe contrast to Sunnyvale, the houses are run down, storefronts abandoned, and the residents are downtrodden and exhausted, barely able to make enough to survive.  Shadyside is also known as one of the murder capitals of the country being riddled by a series of mass murders, always be seemingly unlikely killers. 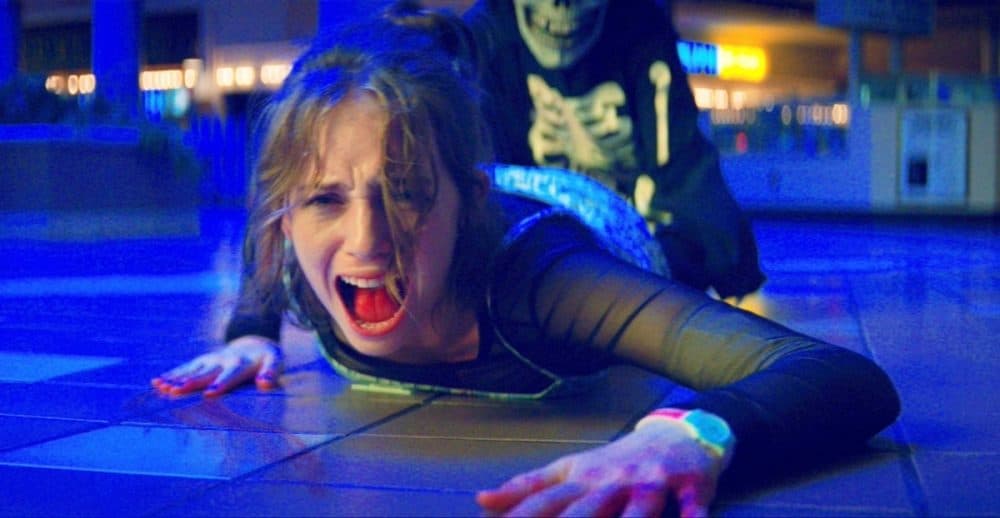 One night, as Heather is closing up the B. Daltons bookstore in the Shadyside Mall and meeting her friend Ryan for a ride home, she is attacked by a killer in a skull mask.  She falls victim to the murderer who is then shot in the head by Sunnyvale’s Sherriff, Nick Goode (Ashley Zukerman) and it is revealed that Ryan (David W. Thompson) was the killer all along.  Seven mall employees were victims of his killing spree.  And Ryan earns his place as one of the Shadyside Serial Killers.

Josh (Benjamin Flores Jr.) believes that the periodic carnage that befalls his home town is the cause of a witch, who was killed in 1666, but before dying, cut off one of her hands and cursed the town. His sister Deena (Kiana Madeira) isn’t convinced and believes it is just the inescapable poverty that causes people to snap.  Deena’s closeted ex-girlfriend, Samantha, a.k.a. Sam  (Olivia Scott Welch) has moved to Sunnyvale and after she is in a car crash while chasing a Shadyside school bus with Samantha on it, sees a vision of the witch, Sarah Fier (Elizabeth Scopel) which causes her to become the target of all the dead serial killers who have been possessed by Sarah in the past.  As Sam, Deena, Josh are joined by friends Kate (Julia Rehwald) and Simon (Fred Hechinger) the gang formulates a plan to release Sam from the curse and save her life.   The old nursery rhyme about Sarah holds a clue to Sam’s very survival:

Based on prolific “tween” writer, R.L. Stine’s book series, Fear Street Part One: 1994, is the first in a trilogy that will be released by Netflix on consecutive weeks (Part 2 – 7/9/21, Part 3 – 7/16/21).  Part one was originally set for theatrical release in June of 2020 with the sequels following in subsequent months, but was postponed and later cancelled due to the Covid epidemic.  Netflix acquired the distribution rights and set the release date and changed it to a weekly format. 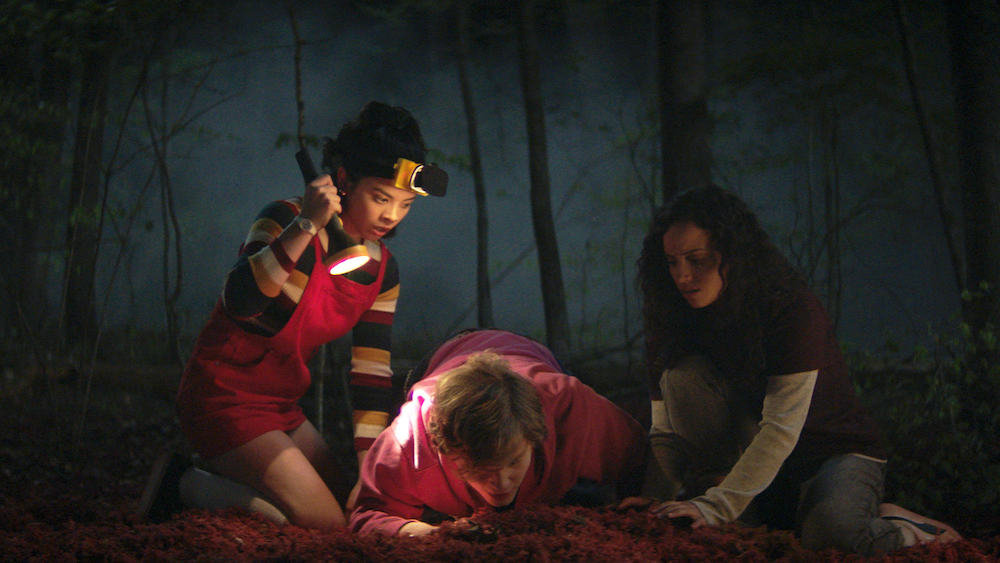 The production value was quite good, and the story is intriguing, with lots of clues as to how the films will relate to each other.  The acting is good, I mean, no one is winning an academy award for their character portrayals, but for a horror film, it is more than adequate and better than most.  The story telling is quick almost frantic but flowed well between scenes, but if you aren’t paying attention, you can miss some important dialogue and the plot could feel muddled.  The killers are creepy and the settings are spooky enough without being over the top. 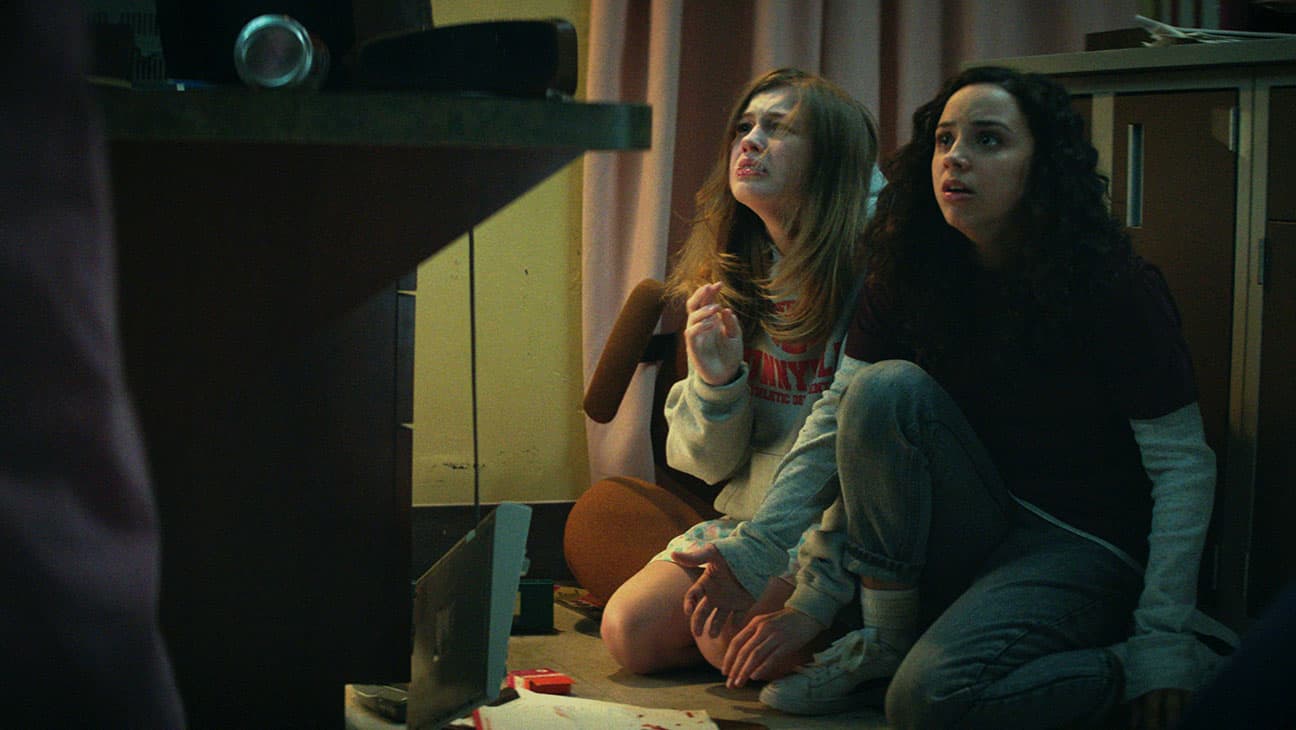 I don’t know much about the source material, but I applaud this production for having the heroines be LGBTQ+ and for the budding romance between Kate and Josh who are an unlikely couple in a Hollywood movie.  Simon’s pop talk near the end to Josh reinforcing that he is worthy of Kate and not to take her advances as just the heat of the moment, is a good lesson for those who struggle with low self-esteem and added a bit of soul to the film.  It also showed a hidden depth that we had not seen in Simon.

In a nutshell, I actually enjoyed this movie more than I thought I would.  It has intensity, story, acting and a bit of heart and soul.  The acting is good and the story fun to follow with a mystery and little clues to what comes next.  It’s not going to become my favorite movie, but it is an enjoyable watch!  I look forward to the rest of the trilogy.