Finch: A Man and His Dog 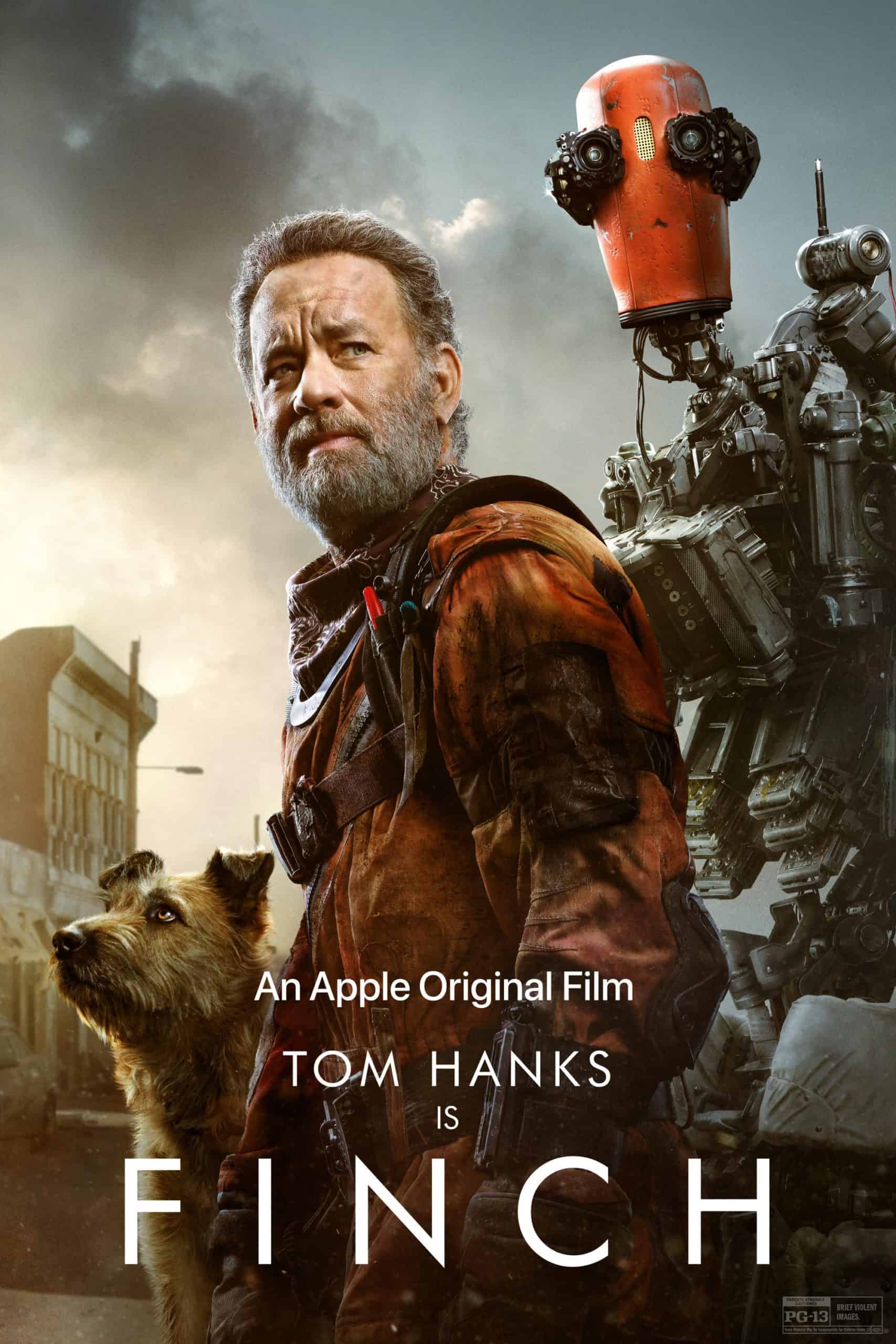 Ten years after a solar flare destroys the ozone layer and makes the Earth mainly uninhabitable, a man, his dog and the robot he built to protect them, travel from St. Louis to the west coast to find safety.

Ten years after a solar flare destroyed the ozone layer and turned the Earth into a mostly uninhabitable wasteland, one of the few survivors, Finch Weinberg (Tom Hanks) lives in St. Louis at his former employer’s robotics lab.  His only company is robot Dewey and his dog, Goodyear (Seamus).  To make sure someone is around to take care of Goodyear, should something happen to him, Finch creates a more humanoid robot, who eventually chooses the name Jeff (Caleb Landry Jones).  With a super storm approaching that is most likely going to wipe out the city, the four unlikely heroes set out for San Francisco in a supped-up recreation vehicle.  There wasn’t time to complete all of Jeff’s knowledge base, so there was some training that needed to happen along the way. 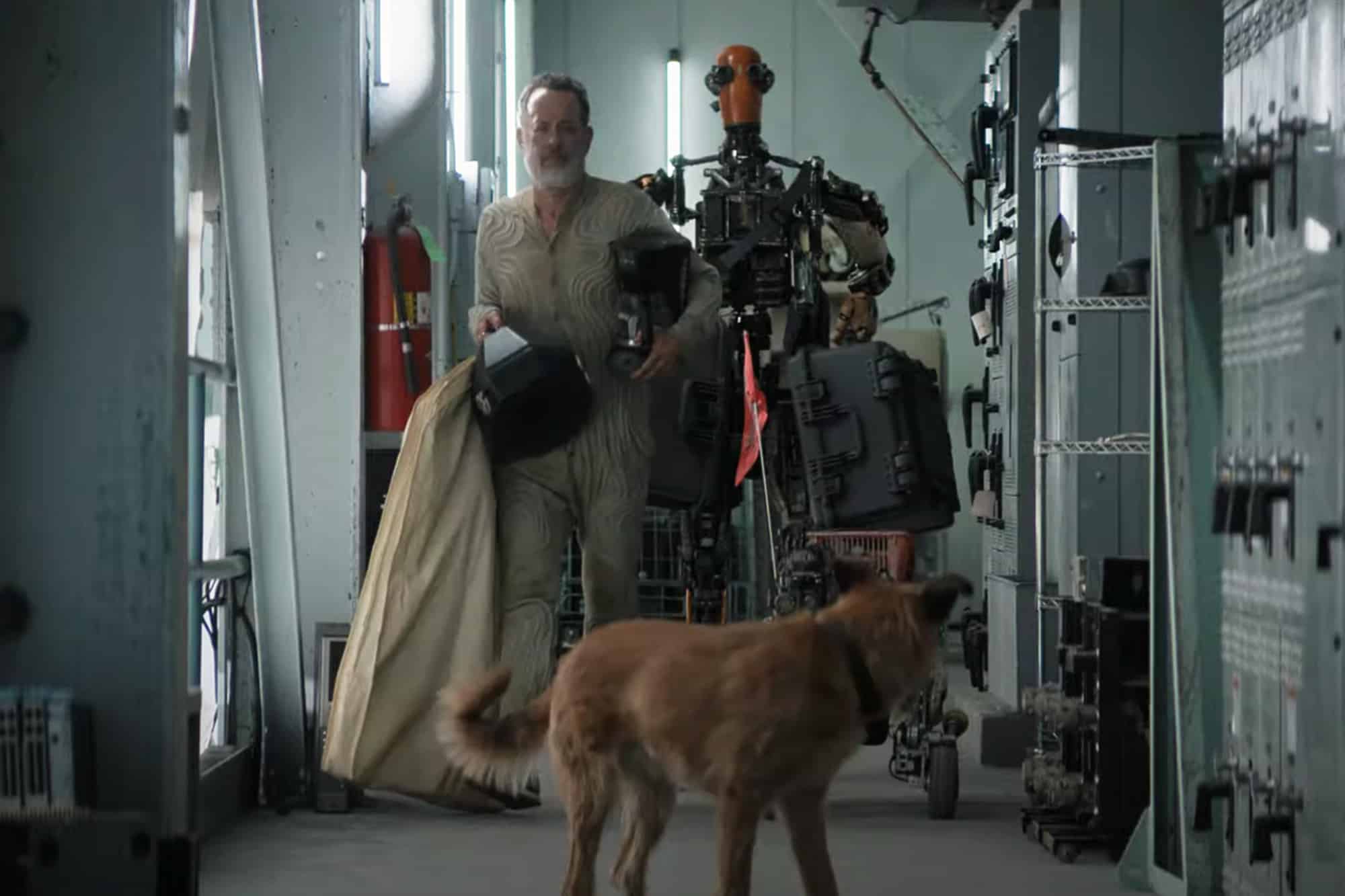 As is usually the case in movies, when society falls, man becomes his own worse enemy.  I was a little worried watching this film, that this was going to become another “Hell is other people” type of storylines.  I was happy to be wrong.  Where there is talk of how society has devolved, and we see a bit of it in one segment of the movie, we do not see any other humans in the entire film, except in flashbacks.  Instead, this movie is really about the relationship that builds between a misanthropic man, who even before the cataclysm, didn’t work well with others, and a childlike robot.  Jeff, who was literally “born” yesterday, has little time to learn how to survive in a hostile environment, but there is a beautiful innocence to him as he comes to terms with what his purpose is.  The story is told with little explanation or exposition, and normally, I would find fault in the movie for not giving us enough information to form context, but in this case, it works.  This isn’t a battle for survival story, but a drama about two beings that form a father / son relationship.  There is anger and frustration, but also humor and a type of loving bond that forms, and for that story, we are given enough exposition.

Tom Hanks is brilliant as Finch.  There is a beautiful subtlety in his performance, that pulls you in and grabs your emotions.  His vocal intonations and facial expressions weave a wonderful story that leaves you sobbing by the end.  Caleb Landry Jones matches Tom, creating a more human character who just happens to be a robot.  His childlike playfulness and innocence lighten the story and reminds Finch, that maybe he really didn’t live life to its fullest before the world ended. 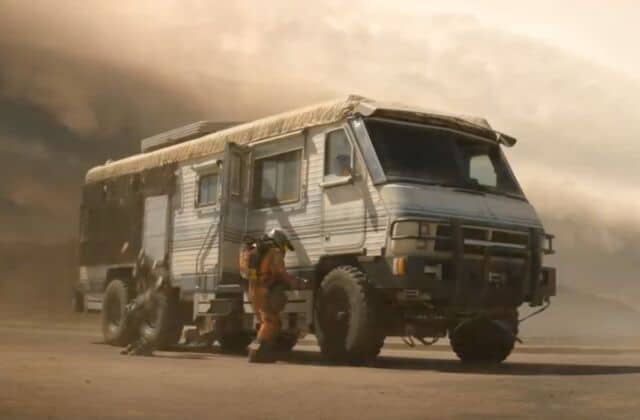 The script is beautifully written, with some wonderful, poetic dialogue and a tone that is serious, but with a bit of wit and humor in appropriate places.  The story flows well and has a good cadence.  The production value is high, with bleak settings and desolate cities and music that added to the atmosphere of each scene.

This was an amazing movie in my opinion, unlike most post-apocalyptic thrillers.  There was something in this story that touched me deeply and by the end I was crying uncontrollably.  I connected with each of the characters, including the dog (who is never put into danger and lives through the entire movie).

Finch is streaming now on AppleTV.

Finch: A Man and His Dog