Firestarter (2022): A Total Dumpster Fire In Need Of Extinguishing 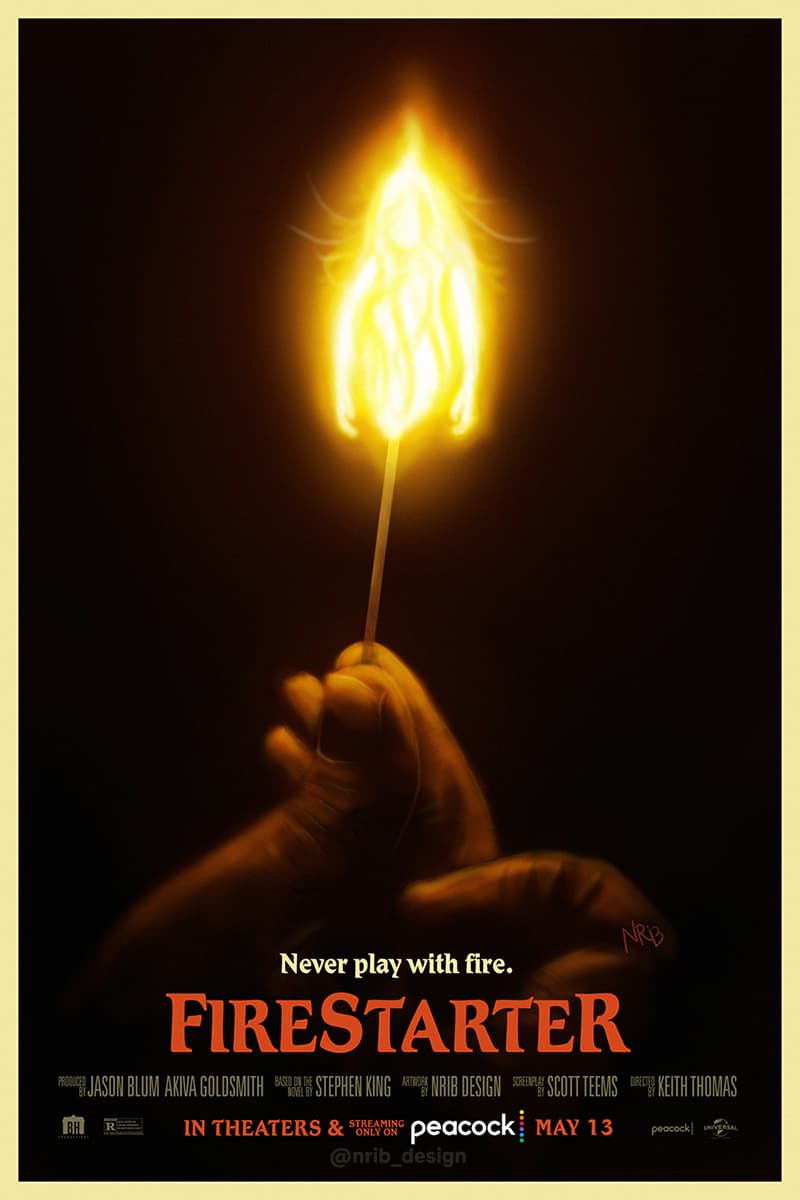 Girl with pyrokinesis and her father, are hunted by a government agency wanting to exploit her powers.

At Comic-Watch, we try to remain positive in our reviews, and I feel like I can usually find something positive to say about almost any film or television series.  I will do my best with the current reimagining of Firestarter.  Based on Stephen King’s 1980 novel which had already been made into a movie in 1984.  Although Stephen King, himself, did not like that film, to me it is one of the classic horror productions from my childhood and it holds a special place in my heart.  So it is impossible to not compare any retelling of the source material to the 1984 film.

The plot of the movie is similar, two college kids, Andy McGee (Zac Efron) and Victoria (Sydney Lemmon) take part in a clinical drug trial known as Lot 6 run by DSI, which gave some of it’s participants superpowers.  Andy and Victoria fall in love and start a family, but they soon learn that their baby girl, Charlene (Ryan Kiera Armstrong) has pyrokinetic powers.  She can start and control fires.  Because of this, the family goes into hiding, only to be hunted by John Rainbird, an agent for DSI.  This is where the similarities end.

First off, Charlene (a.k.a. Charlie) is a bit older in this version than in the 1984 film.  In this movie, Charlie is 11, but the original played by Drew Barrymore was only about 8.  You may be thinking, that isn’t a big difference, but it really is.  Drew Barrymore had a sense of innocence and childish joy, she never came across as anything but a good girl and never intentionally evil.  An eleven-year-old is much more mature and Charlie is played as possibly having an evil side.  She states that when she uses her powers it feels “Kinda Good”.  This change shifts the entire mood of the film.  It goes from an innocent child who you root for and never really fear to a girl you are afraid of and who really is a threat to the entire world.  The attitudes of the rest of the characters are also altered.  Andy originally played by David Keith, was a caring and loving father there was a tenderness he had especially towards Charlie, and you believed his love was real.  But Zac Efron’s Andy always seemed angry.  The tenderness was heartily felt throughout the movie and in the end, I didn’t really care for his character.  I did like Michael Greyeyes as Rainbird, but they changed his origin and his motivation.  The original character in both the movie and the 1984 film, wanted Charlie so he could kill her and feel her power (oversimplification), but in the newest version, he was a part of the Lot 6 experiment as well with telepathic abilities. Besides the character’s motivations and attitudes being different, the storyline itself has some base differences.  In this film, a lot more time is spend leading up to Charlie and Andy going on the run, where the original film starts with them already on the run, and it is alluded to that they have been on the run for a while.  The Irv Mander’s farm plotline is also drastically different and adds little to progress the story forward.  And the Ending of the movie and who Charlie eventually ends up with is altered.
So, as far as this film goes, they simply called it “Firestarter” to leech off the brand name and Stephen King recognition to draw in more money than they would have made if they had named it something closer to their made up script.

And to finally wrap up the negatives, they kill an animal.  I am very tired of this.  Seeing an animal needlessly die in a movie really puts me off.  If I wasn’t reviewing this film, I would have turned it off right there, as that is one of my biggest pet peeves.  Hollywood of late has gotten more and more graphic in the depiction of violence towards animals.  You may argue that this was the catalyst in the film to teach Charlie about mercy, but I just found it lazy screen writing and made me dislike Charlie even more than I already did. The film makers cut back to the graphically burned body of the cat several times just so they can make sure the audience can see the cat is not dead. It writhes around crying in agony. This is just plain sick. Hollywood needs to get the message that these endless, needless remakes need to stop. Especially coming from film makers who have a visible disdain for the original movies and the books they are based on. Do yourself a favor and watch the Drew Barrymore 1984 film or even read the book.

Now that I have gotten all that off my chest, lets examine what was good.  The only positive thing to be said is the movie’s musical score.  The music was very well done, composed by John Carpenter, Cody Carpenter and Daniel Davies. Hopefully in the future these guys can work on something more befitting their talents.

This review was written in collaboration with Rickey Price who liked it far less than I did.

This movie lacked the soul and tenderness of the original 1984 film, I found the characters unlikeable and the movie hard to watch.

As always, this is my opinion and, as such, it should never be taken as anything other than a subjective observation of one person.

Firestarter (2022): A Total Dumpster Fire In Need Of Extinguishing