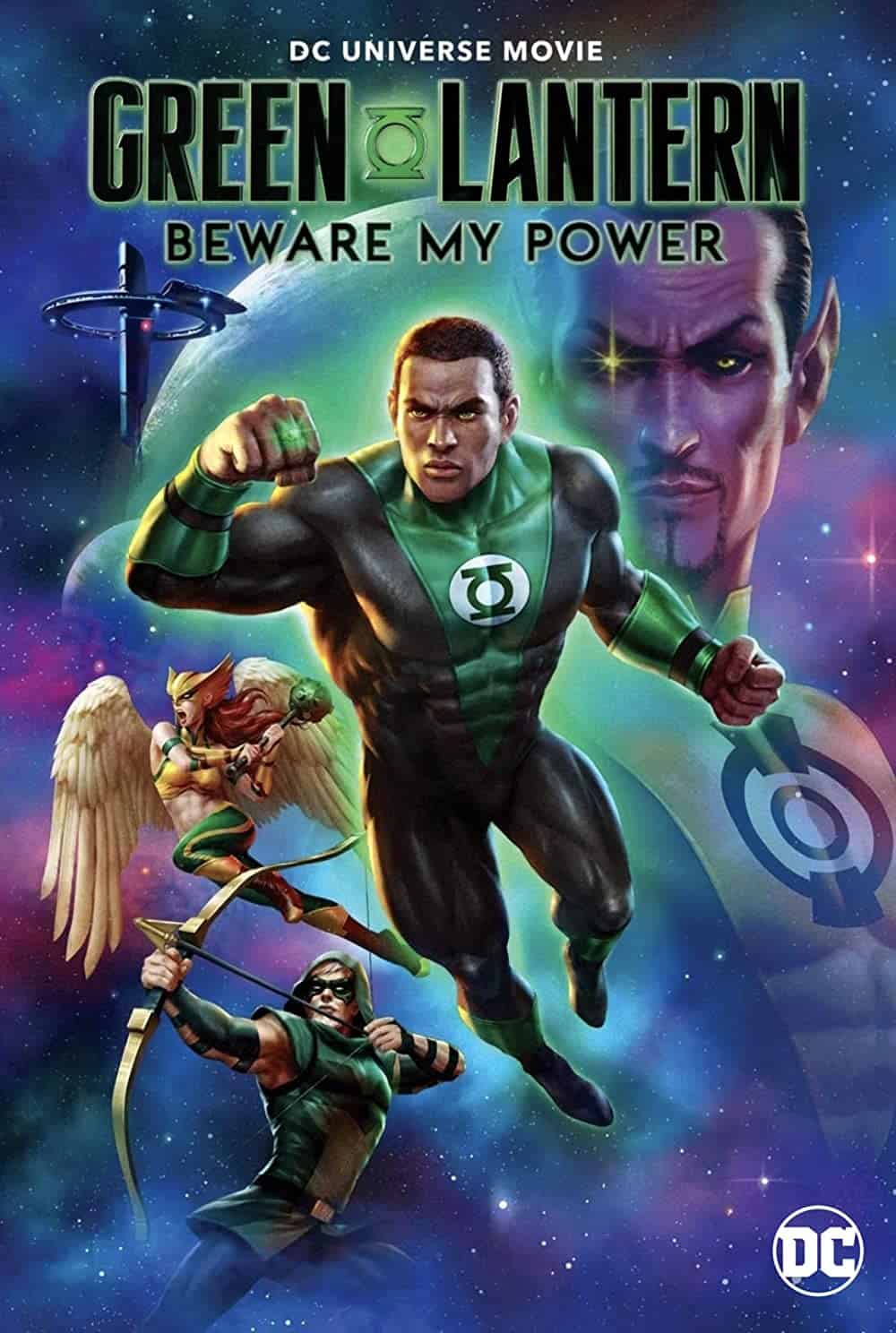 John Stewart receives a Green Lantern Power Ring and travels the universe in a hope to give it back to its original owner, Hal Jordan.  Joined by Green Arrow, Hawk Girl and Adam Strange the team uncover a nefarious plot.

The DC Animated Universe just got a little bigger, adding in a revamped origin story for John Stewart, a.k.a. Green Lantern (one of the many).  Originally in the comic books, John Stewart was selected by the Guardians of Oa, as a back up to the main Green Lantern, Hal Jordan, after Guy Gardner was injured while in the line of duty.  The comic book version of John, is a complex and complicated hero, often riddled with guilt over his own failings.  Green Lantern: Beware My Power draws from many of the heroes most notable storylines and the product is something original.  When announced, it was said to exist within DC Animated Universe’s “Tomorrowverse” continuity which began with the 2020 movie, Superman: Man of Tomorrow. 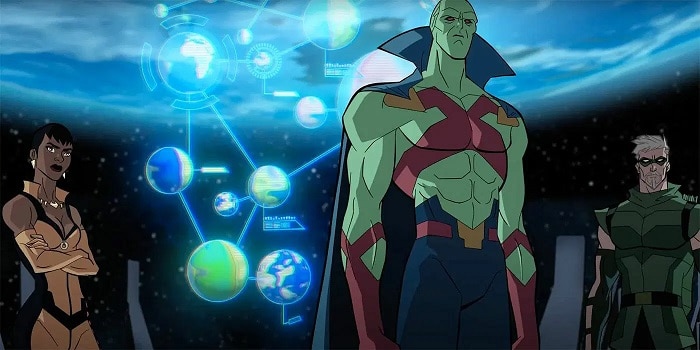 Decorated veteran sniper, John Stewart (Aldis Hodge) is at a crossroads in his life when he runs to the aid of a crashed spaceship.  With his last breath, one of the few remaining Guardian’s of Oa, bequeaths a Green Lantern power ring to John.  Confused and unsure what just happened, John tries to remove the ring, but can’t. The ring eventually takes him to the Justice League, where he embarks on a mission with Green Arrow (Jimmi Simpson), to find out what happened to Hal Jordan, the original owner of the ring.  As the story progresses, they are joined by Hawkgirl (Jamie Gray Hyder) and Adam Strange (Brian Bloom) and eventually Hal Jordan (Nolan North). Together this team must battle Sinestro (Rick D. Wasserman) and his team of villains before they destroy both the planets of Rann and Thanagar. Will John Stewart be able to prove himself worthy of the mantle of Green Lantern?  Watch and find out. 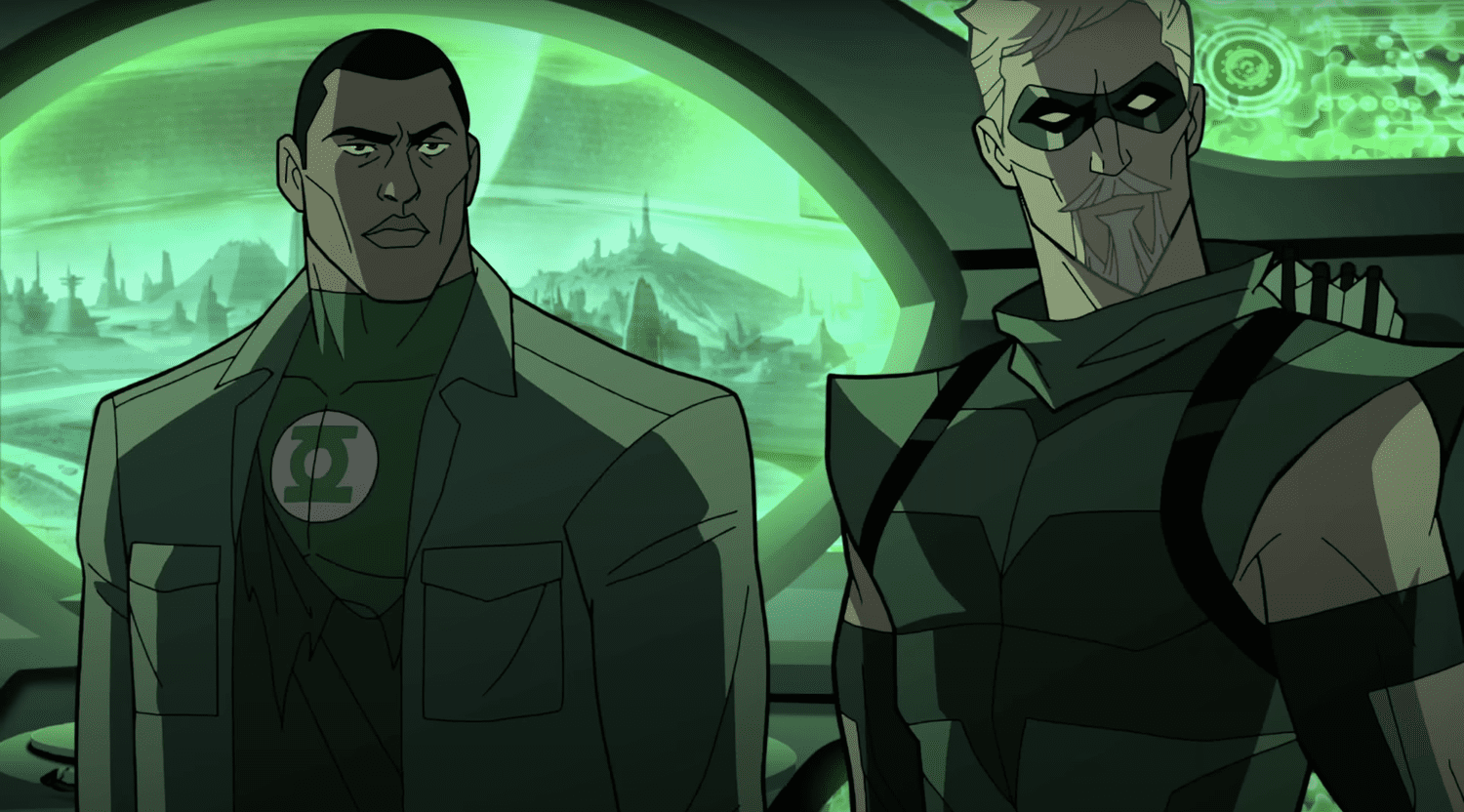 The DC Animated Universe, no matter what continuity you are in, produces some quality entertainment and this movie is no exception.  The voice acting is very strong, with Aldis Hodge expertly leading the charge.  Aldis will soon be playing the live action version of Carter Hall / Hawkman in the upcoming Black Adam film.  Jimmi Simpson as Green Arrow adds some sarcasm and a comic element, which I usually find lacking in animation movies, but Jimmi’s timing mixed with superb editing added much needed levity.  The animation is consistent with other DC Animated movies, helping to keep the continuity flowing.  The one downside is exposition.  There is a lot going on in this film, and I understand keeping the running time down, but the exposition on who some characters are and what is going on was a little brief.  The villains that comprised Sinestro’s team are really never introduced to who they are and what their role is, as well as other characters are barely covered.  This was a minor issue and I an not sure the added information could have been given without interrupting the flow and rhythm of the film.

Overall, this is another great entry into the DCAU, with lots action, battles, humor, heart and intrigue.  The pacing is a little off in areas but that is a minor issue.