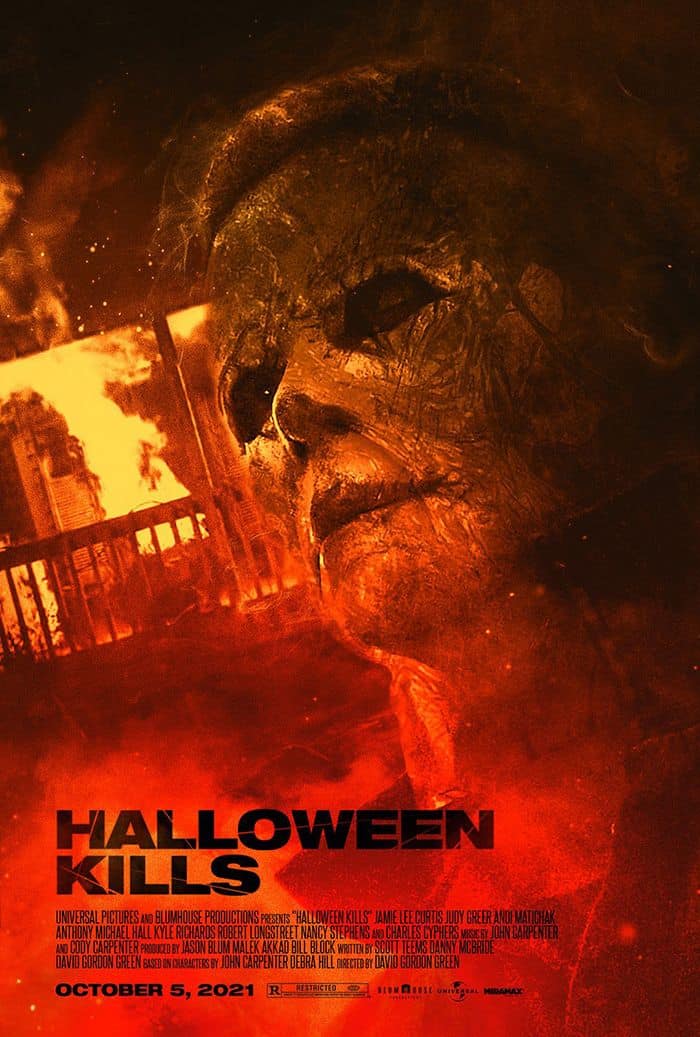 Directly after the events in Halloween (2018), the town of Haddonfield is terrorized by Michael Myers, as the communities fear drives them into becoming a mob.

Set immediately after the events of Halloween (2018), Laurie Strode, the survivor the original 1978 killing spree of famed slasher Michael Myers, is rushed into emergency surgery by her daughter and granddaughter for the wounds she received in her battle with Michael.  Flashback to 1978 where we see how Michael was originally captured adding context to some of the supporting characters storylines and giving us the image of Michael standing at his upstairs window, staring blankly out into the void, or possibly into his own dark reflection.  This image becomes an important motif throughout the movie.  Back in the present (technically 2018),  Michael escapes the blazing building that was once Laurie’s home.  Tommy Doyle and Lindsey Wallace, the original kids that Laurie was babysitting, are celebrating the 40th anniversary of Michael’s imprisonment, when news of his recent killings are released.  Tommy, becomes the leader of a mob bent on killing Michael once and for all.  As all these stories converge, Michael kills more and more as he makes his way through town, trying to get home.  We learn that the more he kills, Michael is transcending into something harder and harder to kill.

Michael Myers is back home in “Halloween Kills.” (Courtesy of Universal Pictures)

I am conflicted on the new trilogy that started in 2018 and will end in 2022, for it only acknowledges the original 1978 film to having happened, nullifying Halloween 2 (1981) and Halloween H20 and makes Laurie (Jamie Lee Curtis) into a paranoid alcoholic, but kind of a bad ass survivalist, which in of itself is not a bad thing, but it wasn’t the Laurie we came to love.  On the flip side, the storyline is interesting as it delves into the psychological aspect of what a survivor of a brutal attack may go through and what they could ultimately become.  When I have a conflict like this, I remind myself, “This is not my story to tell” and I try to sit back, release my preconceived notions and enjoy what has been presented. 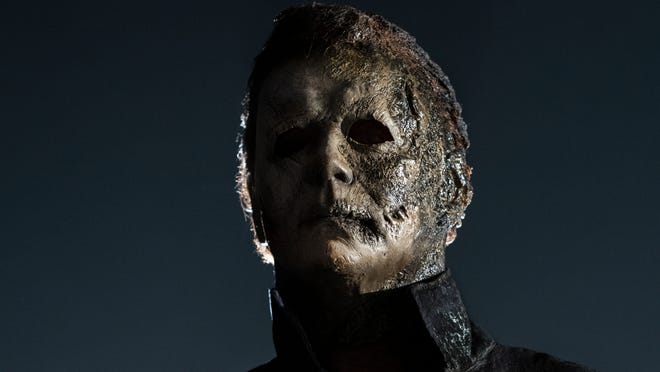 Halloween Kills delves further into the psychological realm, hitting on a heavy theme.  The affects a violent act can have on a whole community and the condemnation of mob mentality.  In the movie, as Michael is being hunted down, someone is mistaken for him, and the mob chases through the hospital lead by Tommy.  Laurie and her daughter, Karen, attempt to stop the mob, to no avail.  Even Tommy couldn’t stop the ball of anonymous revenge once it started rolling.  I found it incredibly interesting that the baseball bat Tommy pulls up from behind the bar as his weapon is named “Huckleberry”, and I am sure it was not a coincidence.  I was instantly reminded of the speech of Colonel Sherburn in Huckleberry Finn, “The pitifullest thing out is a mob… they don’t fight with courage that’s born in them, but with courage that’s borrowed from their mass…”. This theme is not subtle but called blatantly called out several times throughout the movie.  The real evil Michael has done, is what he did to the town and to its people. 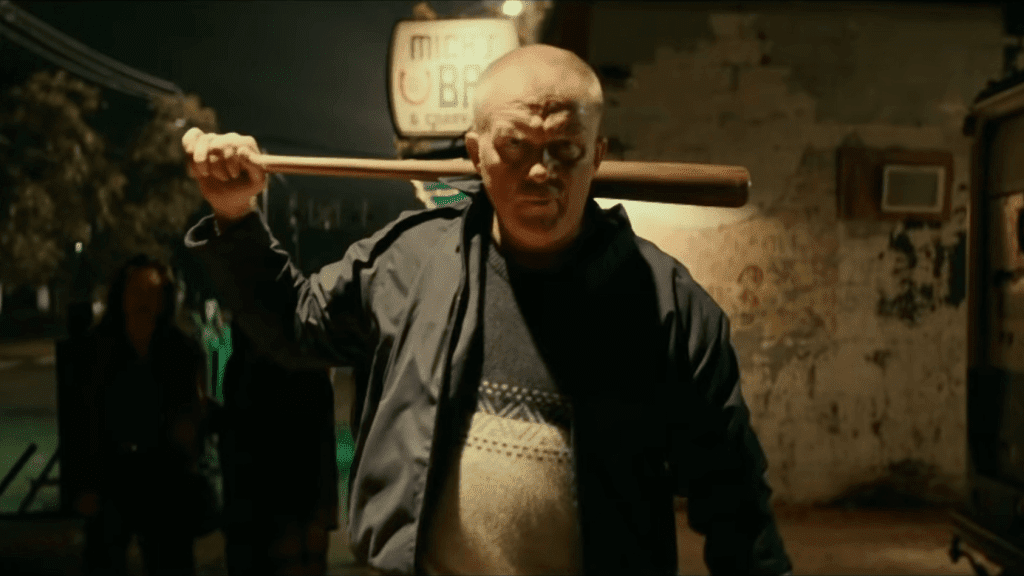 Many of the main characters were characters mentioned or were in the original 1978 film.  Tommy Doyle, Lindsey Wallace, Leigh Brackett, Lonnie Elam and Nurse Marion Chambers were all characters within the first movie and seeing these characters return adds a sense of continuity, but unfortunately, not all of them survive the night.  The acting is all what you would expect, it is good and at a level of a very well-done slasher flick, but no one is walking away with an Oscar nod for this movie.  The storyline flows well and is interesting, but there is a bit too much ambiguity surrounding why Michael kills, and I am hoping we get at least an inkling of an answer in the final movie.  The script was ok.  Not great, I felt some of the dialogue was over the top dramatic and a bit forced.  Where I enjoyed the deeper theme as mentioned above, it was not written in with any subtlety, but slammed into the story hard and fast without any real lead up to it. 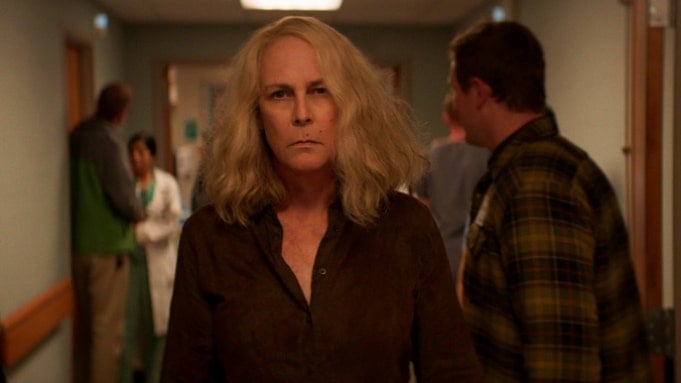 Overall, this is a nice movie for the Halloween season and fits nicely in with the previous movie.  There were characters that died that I would have preferred lived, but it isn’t my story to tell, so just sit back and enjoy the ride.

Halloween Kills is in theaters and available on Peacock at no extra cost.