When one first thinks of a Broadway musical, the first thing that comes to mind isn’t necessarily horror films, but surprisingly, there are quite a few musicals out there that are based on some of our favorite scary movies.  In the third installment of our look at live performances that fit into the horror, sci-fi or comic book genre, we will focus on three musicals and a nonmusical play. Carrie: The Musical, The Evil Dead: The Musical, The Toxic Avenger, and Misery. 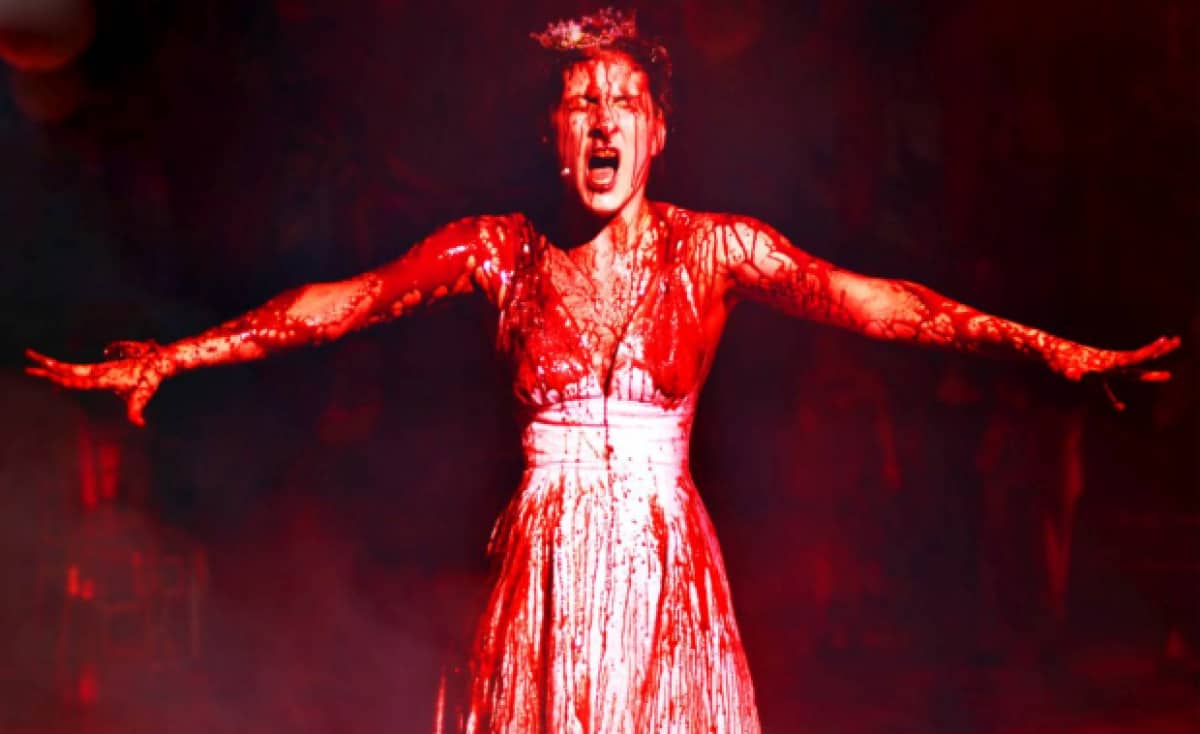 Carrie: The Musical – The original 1988 Broadway production based on the novel by Stephen King, has the honor of being one of the biggest flops in Broadway history.  Costing nearly 8 million, which was huge at the time, with previews starting on April 28th, it officially opened on May 12, 1988 and closed on May 15th.  Oddly enough, the show received standing ovations at some of the previews as well as opening night and every show was sold out, but the bad reviews caused the financial backers of the show to pull out closing it down.  The original production also saw Betty Buckley playing Carrie’s mother.  Buckley was in the 1976 film version of Carrie as the PE teacher, Miss Collins.  In 2009, the show was revamped with new songs and has seen some success in Off Broadway and Off West End productions.

I had the pleasure of seeing this show in San Francisco, but unfortunately, we saw a preview and not all the technical issues had been resolved, giving an underwhelming visual to what was a pretty impressive performance by the cast.  There is no official cast album for the original cast, but the 2012 Off Broadway production did release one.  The musical is a mixture of catchy rock and haunting ballads.  I would highly recommend seeing a production if you can. 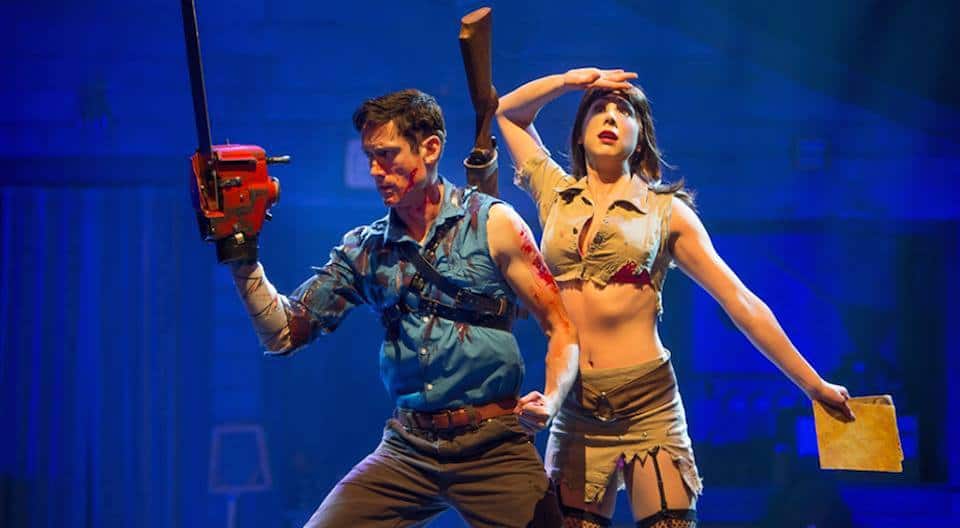 Evil Dead (Musical) – With approval from Sam Raimi and Bruce Campbell, the show was first staged at a workshop in Toronto in 2003. The show made it’s move to Off Broadway in 2006, and ran for more than a year.  There have been many regional productions since.  The show is a comedic take on the 1980s horror franchise with the show’s first act following the plot of The Evil Dead and act II was adapted from Evil Dead II. The plot about five college students spending a weekend in an abandoned cabin and accidentally unleashing demonic horror, remains in tact, but some creative liberty has been taken for staging and comedic purposes.

This is just a fun show with some great music and a real crowd pleaser.  One of my favorite songs comes from this show. “What The Fuck Was That”. This is a must see if you are a fan of the franchise or of 80s horror films and a filmed version of the Off-Broadway show can be found on some streaming services. 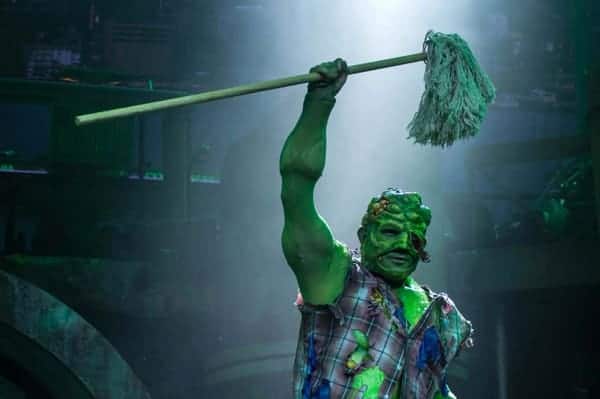 The Toxic Avenger Musical – Like with the Evil Dead musical, The Toxic Avenger takes a tongue in cheek approach, highlighting the comedy.  The show, based on the 1984 movie of the same name, opened in New Jersey in October of 2008 and later transferred to Off-Broadway and ran for over 300 performances, before touring the US. An unassuming young man who falls into a vat of chemicals in the sewers of New Jersey and is transformed into a deformed monster, who fights against the evil Mayor of Tromaville. The plot comically hits on themes of Pollution, disability and politics.

This again is just a fun show with some great music.  The part of the mayor and Melvin’s mother are performed by the same person, with a great duet (or would that be considered a solo) sung by both characters at the same time entitled “Bitch/Slut/Liar/Whore”.  The Off-Broadway production was filmed and is available on streaming services. Misery – Unlike the other shows on this list, this one is not a musical, but a straight stage production.  Although a Dutch composer did write a musical version, but I have not heard of it being performed anywhere.  There are actually two different adaptations of Stephen King’s novel about an over obsessed fan who holds her favorite author hostage. The original script was adapted by Simon Moore in 1992 and premiered in London staring Sharon Gless.  William Goldman, who wrote the film version’s screen play, wrote a different version which opened in 2015 on Broadway staring Bruce Willis and Laurie Metcalf as Annie Wilkes.  Metcalf was nominated for a Tony award for best actress for the part.

This is the one show I have not seen live on stage, although I have known several people who have been part of community theatre productions over the years.  Both versions of the show are suppose to be fantastic capturing the true terror of the book.  This is one of the shows that is on my “Must See” list if I ever get the chance.