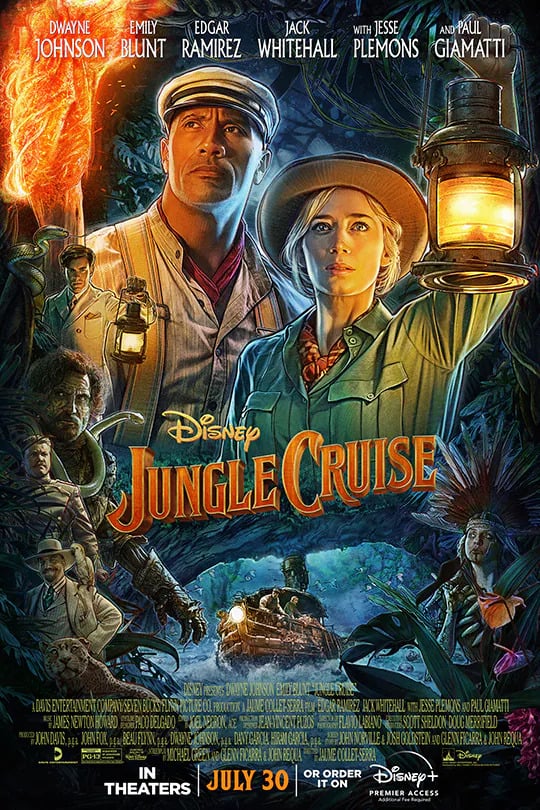 In 1916, a brother and sister team, hire a riverboat captain to take them down the Amazon River in search of the famed "Tears of the Moon", a tree whose petals can heal any illness and break any curse while being pursued by a mad German prince and cursed 16th century conquistadors.

Have you ever gone into a movie with expectations of greatness and been really let down because the movie was merely good, or gone into a movie expecting the worse and are pleasantly surprised by how enjoyable a “So-So” movie can be?  Often, whether we enjoy a movie or not depends on how we go in.  I try, as much as I can, to go into movies with an open mind and let the story unfold, after all, it is not my story to tell, so if I have too many expectations, I will be disappointed no matter what.  Going into Jungle Cruise I really had no expectations, there was no preconceived notion of what I was going to see.  I figured that elements of the Disneyland ride would be incorporated, but that was it.  So with that mindset, I can say I thoroughly enjoyed this movie. 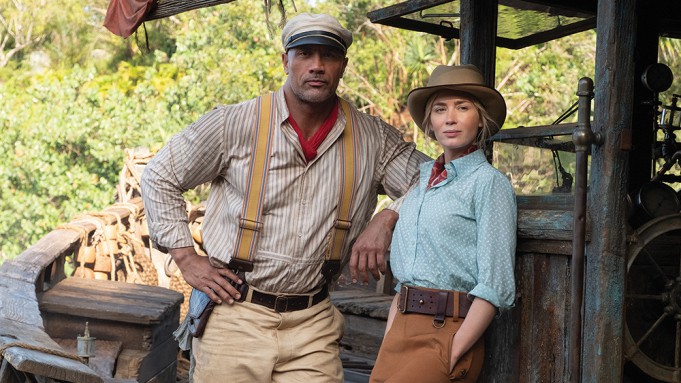 The plot is your basic Disney storyline.  There is a legend of a mystical tree deep in the heart of the Amazon who’s petals have the power to heal any disease and to lift any curse.  During the 16th century, Spanish Conquistador, Don Aguirre (Édgar Ramírez) and his expedition nearly perish searching for the “Tears of the Moon”, the fabled tree, saved by an indigenous tribe.  When they betray the chief of the tribe, the surviving men are cursed with everlasting life, but they can never leave sight or the Amazon River, if they attempt, the jungle will pull them back to the shores.   In 1916, Dr. Lily Houghton (Emily Blunt) and her foppish brother, MacGregor (Jack Whitehall) steal the arrowhead that can lead them to the tree in hopes of creating a cure for all disease.  They hire Frank Wolff (Dwayne “The Rock” Johnson) as their river boat captain to take them further into the jungle than any other expedition.  Pursued by Germans lead by Prince Joachim (Jesse Plemons), who wants “The Tears of the Moon” to help him take over the world and rule for eternity.  Can Dr. Houghton find the tree before Prince Joachim and come out of the jungle alive, while being hunted by 400 year old Conquistadors who are literally more jungle than human now?  Watch and find out! 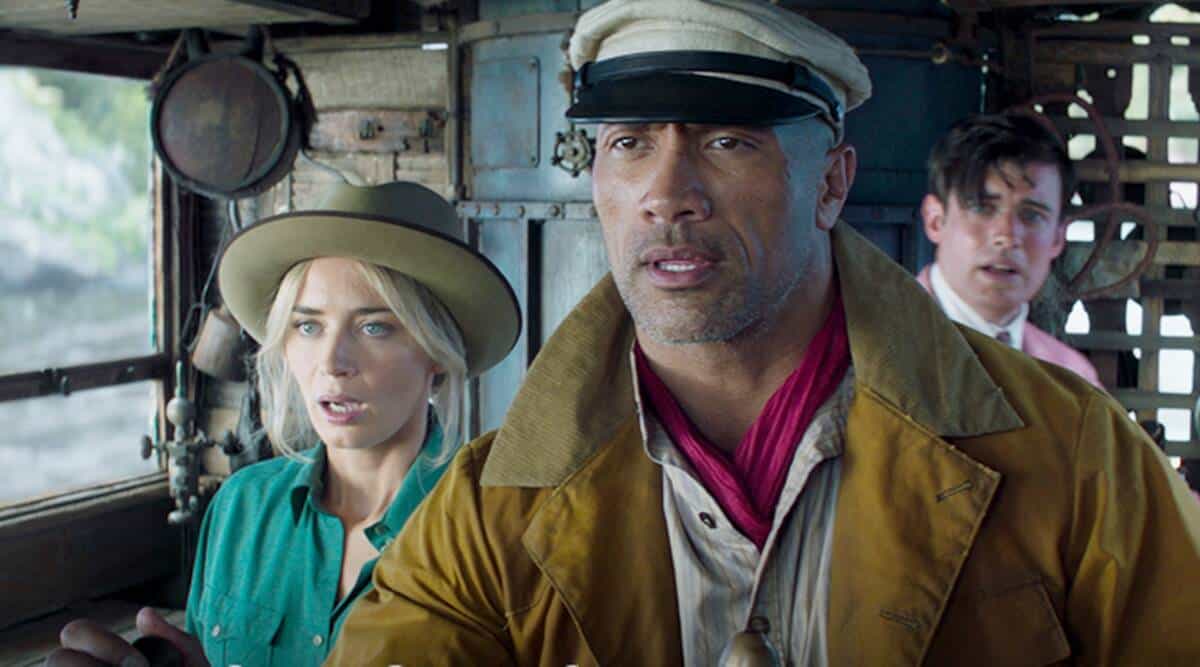 The Disney movies inspired by theme park attractions have been hit and miss and this being the fourth one to get cinematic treatment didn’t bode well.  Tomorrowland and The Haunted Mansion were huge disappointments, but The Pirates of the Caribbean was a gorgeous well performed movie.  So, there is no wonder that Jungle Cruise took many elements from Pirates and put them into this film.  A fabled cursed treasure, a strong-willed female lead, two different set of villains and lots of action and special effects are all elements that both movie franchises used, and it served them well.  The movie flows well, although I did feel it stretched on for a bit.  The script is witty with a good mix of humor, tenderness, action, adventure, and heart.  The special effects are stunning, and the production is beautifully lavish.  The music, composed by James Newton Howard adds greatly to the film, including the instrumental version of Metallica’s “Nothing Else Matters”.  But the real saving grace of the film are the actors.  I am a big Jack Whitehall fan, and he does not disappoint in this role. He is funny with amazing comic timing and perfect vocal inflection, but tender and emotional at times.  Being the second gay character in a Disney live action movie, his coming out scene where he explains why he is traveling with his sister is touching and well performed.  At first, I was a little worried that they were going to play him as a complete spoiled wimp, but by the end he proves that he can hold his own in a fight.  It would have been nice if Disney would have cast a gay actor in the role, but Jack really does the part justice.  I do wish that his character would have found “Love” in the jungle, but I guess Disney isn’t quite ready for that yet, and it is a wonderful “second” step towards full representation by the company.  Emily Blunt also delivers as the strong woman doctor who is living in a very male dominated world.  Dwayne, is Dwayne.  He plays the part well, but doesn’t have the acting chops that Emily and Jack have.  His comic timing isn’t quite as refined, but he isn’t bad either.  And where the banter between Lily and Frank is fun and well performed, there is no sexual chemistry between these two characters which makes their budding romance in the film seem forced and not genuine.  The rest of the characters are all well performed. 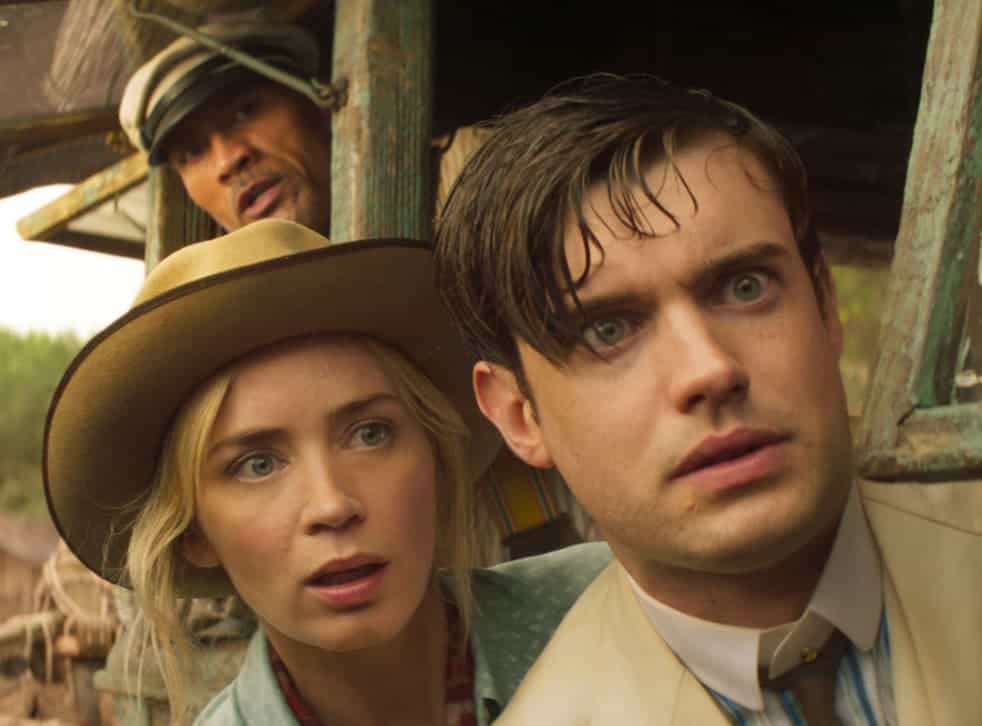 Overall, the film is lighthearted fun, with lots of adventure, some romance, magic, curses, wild animals, a great soundtrack, beautifully filmed and wonderfully acted.  It doesn’t have the same heart and soul that the first Pirates of the Caribbean movie had and is far from perfect.  It is good for a hearty laugh and some thrilling adventure, and who knows, maybe we will get a sequel that takes place in Africa, since, I believe, that is what the Disney ride is based on.  Elephants and hippos and monkeys, Oh My!

A good light hearted romp through the Amazon Jungle.  Not a perfect film, but a fun summer action movie with witty banter and plenty of adventure.