Werewolves are one of the archetype creatures of mythology often symbolizing the beast within all of us.  In today’s cinema, we have become spoiled by the use of computer-generated special effects allowing lycanthropic transformations to appear real, smooth and seamless.  But there was a time, not that long ago when the effects had to be done with makeup, animatronics, and special tricks with the camera.  Today’s scenes are stunningly grotesque with a horrifying authenticity, but I sort of miss the old school practical applied methods that took teams of artist to create.  During the 1980s, a few movies expanded on what had been done in the past and really created some amazing scenes well before the mixing of live action and CGI became common place.  In this article, I will look at three such films. 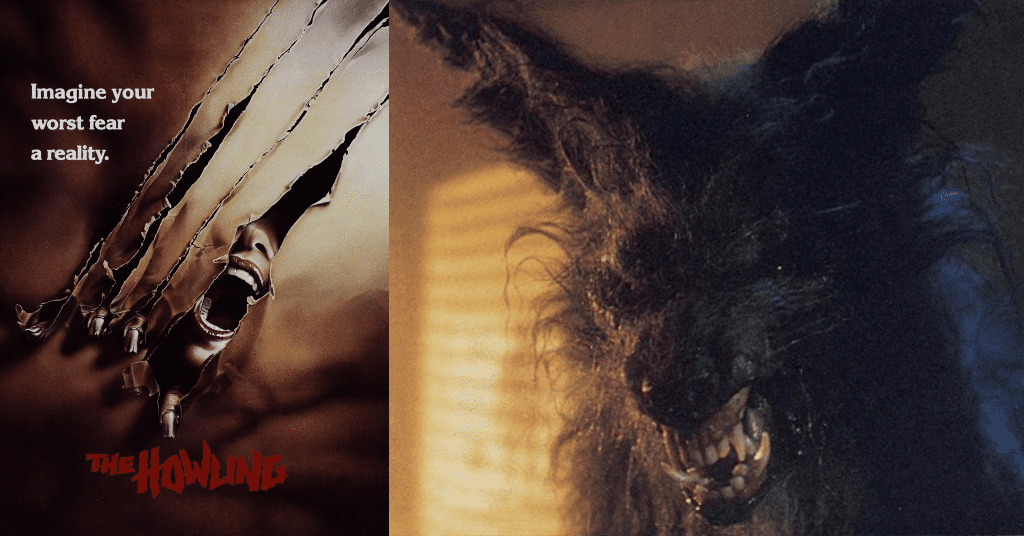 The Howling (1981) – The artist credited for doing the special makeup effects is the well-respected Rob Bottin, with special consulting credited to the famous Rick Baker.  In truth, Rick Baker was originally supposed to be the lead artist on the film, but left to work on a different movie, leaving his twenty-one-year-old assistant in charge.  One of the big climax scenes in the film, involves the onscreen full transformation of a character into a werewolf.  Rob used air bladders under latex to create the illusion that muscle and bone were shifting under the skin.  The use of animatronics and puppetry were also used to aid in the transformation, like the slow growing protrusion of the snout as it elongates. The overall effect nearly eclipses the rest of the movie. In addition, the look of each werewolf, seemed to reflect the character of the person who was transforming. Giving the werewolf in the final scene a completely different appearance. For its time and honestly for what the budget of the movie was, it was very well done. 1981 marked the first ever Oscar award for Makeup and many believe  Rob Bottin should have at least been nominated for the work on this film, unfortunately another werewolf film would come out a few months later that would also feature an amazing transformation scene and would go on to win the Oscar. 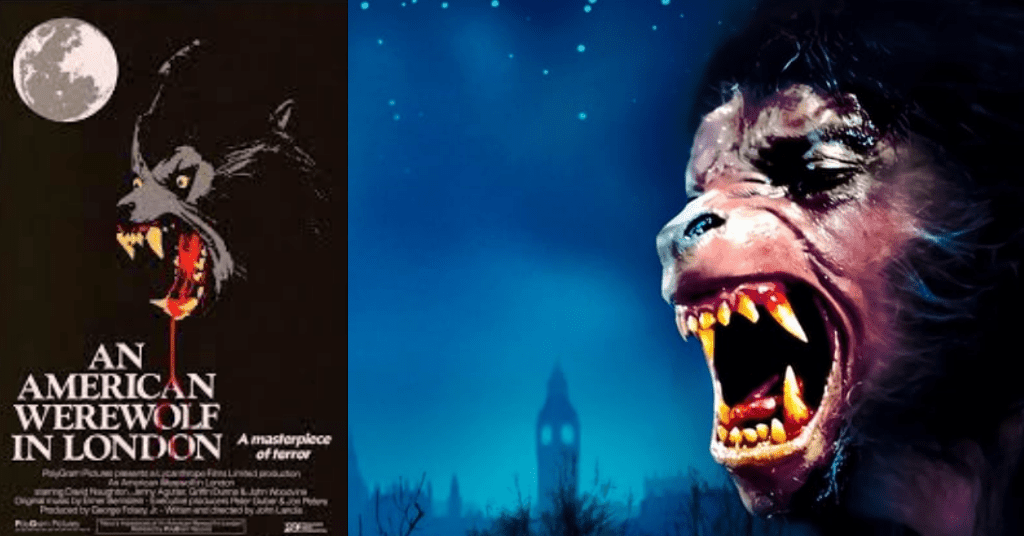 An American Werewolf in London (1981) – I mentioned above that Rick Baker would leave the Howling to do another movie, well this is that movie.  The transformation scene in this movie took a week to shoot and months to prepare for.  There were several heads and limbs that would be changed out during the filming and depending on what stage of the transformation the character was in.  The growing of the hair was shot backwards with the long hair being applied and then a little being trimmed off at a time.  The hand and feet stretching effects were achieved by using a unique material.  At times the actors’ legs were actually under the floor with animatronic legs being filmed.  Overall, the effect is amazing.  Director Joe Landis has even said that the scene was too long, but seeing what Rick Baker was doing was just so amazing that he didn’t want to shorten it.  The werewolf itself, was something different then we had seen in the past as well.  Not bipedal, like the wolfman, but not a full wolf either.  This look was accomplished using prosthetics built onto an apparatus that the actor laid on a plank and only used the front arms.  Camera angles were careful never to show the hind legs of the creature.  In addition to the werewolf, Baker also had to design the zombified undead of those killed by the creature.  One of these characters gets progressively more decayed as the movie progresses.  The work on this film awarded Rick Baker the very first regular Oscar for Makeup (Planet Of The Apes 1968 snagged a special Oscar for Make-Up).  But in a candid interview with Fangoria, Baker confided that this movie would ultimately drive a wedge between him and his protégé, Rob Bottin, as this is what moved them from friends to competitors. 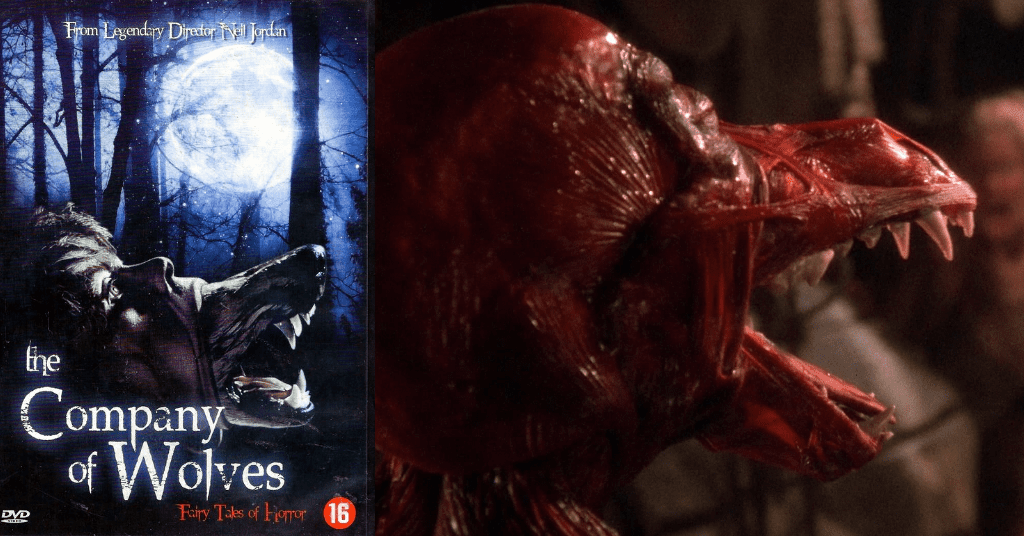 The Company of Wolves (1985) – A different type of werewolf movie, The Company of Wolves focuses on a more fairytale mixed with horror theme using a lot of images.  But like the other two films, the transformation scenes are elaborate and gory.  Special makeup effects artist, Christopher Tucker, believed that a werewolf would completely change into a wolf and so the scene uses a mixture of makeup, animatronics, and puppetry to achieve the desired effects.  To begin the transformation, the actor appears to rip off all his skin, leaving a muscle clad skeleton, which then begins to change shape.  From here several animatronic creatures were used, each getting more canine as the scene progresses and each baring exposed muscle and sinew, until finally arriving at a fully formed wolf.  The ultimate effect is unique and intense.  Considering the very low budget and the amazing cast the movie had, this scene is really amazing.  Christopher was nominated for a BAFTA award for his work on the movie but guess who won the award that year.  Rick Baker for Greystoke: The Legend of Tarzan, Lord of the Apes.

As a side note: All three of the artists talked about in this article worked on Star Wars: Episode IV – A New Hope (The original 1977 movie) and all three worked together specifically in the Cantina sequence.  Infact, Rob Bottin who was only 17 at the time plays the tallest player in the Cantina band.  Individually, all of these artists have gone on to do some groundbreaking and amazing work.

Outlaws and Drama: An interview with Derrick Weiford and Nate Taylor!
October 1, 2022