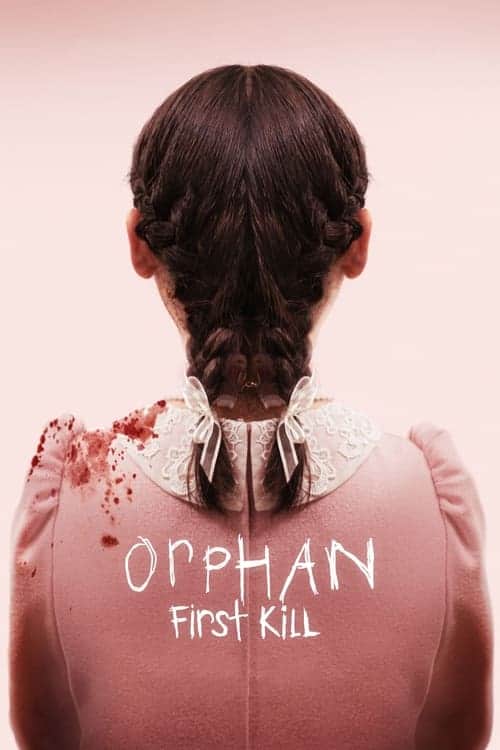 A 30 year old woman, passes herself off as a young girl as part of a murderous con.

Warning: if you have not seen the original movie, please be advised of spoilers of that film in this article.

Orphan: First Kill is a prequel to the 2009 movie, Orphan where 9-year-old Esther (Isabelle Fuhrman) is adopted into a still grieving family after the stillborn birth of their daughter.  The twist to the horror thriller is that Esther isn’t 9 years old at all, she is a 30-year-old woman named Lena, with a medical condition that keeps her looking about 10 years of age.  She is a con woman with a scary violent past.  The title of the prequel, “First Kill” is misleading, because when we meet Lena, she has already killed and been institutionalized.  This isn’t really an origin of what causes Lena / Esther to become the way she is, but more an explanation of how she gets to America and continues her murderous antics. 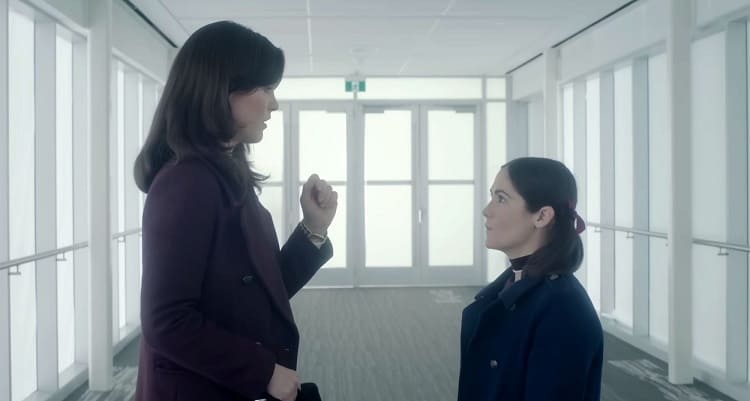 Lena finds a family whose daughter, Esther, went missing four years prior, and with a good resemblance, poses as the missing child, playing on the family’s grief and optimism of being reunited.  Mother, Tricia (Julia Stiles) and father, Allen (Rossif Sutherland) with their son, Gunnar (Matthew Finlan) welcome Esther back into their lives, but just like always, things go amiss, and the evil comes out. I was worried that we would get the same plot from the original movie, but the twist in this film makes it more thrilling and exciting than expected. The writing was competent with some great dialogue, but there are some definite plot holes, especially when trying to link the prequel to the original.  The visual aspect felt a bit sloppy.  Some of the editing choices were a bit abrupt, I believe this was done on purpose as a stylistic choice, but it made some of the transitions feel jarring.  They also didn’t fully show some images long enough to comprehend the significance of the shot, again I think this was a stylistic choice, but one that just didn’t work, it gave the film an unpolished vibe.  The original music composed for the film was good, but some of the songs chosen seemed out of place.   Isabelle Fuhrman is great as Esther, but she is 13 years older than when she did the original film, and in some angles, it was hard to suspend disbelief that anyone would be fooled that this was a little girl.  I am a big Julia Stiles fan and she was the perfect fit for the mother, and Rossif Sutherland (son of Donald Sutherland and half brother to Kiefer) was great as the father who is reinvigorated when his lost daughter returns. Overall the film is a good but campy thriller that has a great twist and some wonderful performances, but with sloppy editing and some glaring plot holes.  I also have to mention, because it is a particular pet peeve, an animal is killed as part of the plot.  It isn’t as bad as some films, but I just wish Hollywood wouldn’t go this route, lately it seems like every movie has to kill an animal.

Not a bad movie and I loved the twist, but the editing style felt sloppy and there are some plot holes.