Pinocchio (2022): I’ve Got No Strings…Tugging on My Heart 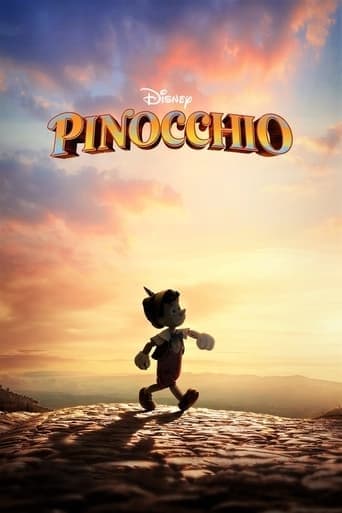 A lonely old man wishes upon a star which brings a puppet of a boy to life.

With the invention of CGI special effects in films, it has become common practice for Disney to remake their classic library of animated films.  I have enjoyed some, and others have missed the mark.  Their latest endeavor is Pinocchio, the story of a jovial, but lonely old man named Geppetto (Tom Hanks) whose family consists of a cat named Figaro and a goldfish named Cleo.  In his loneliness, Geppetto makes a puppet of a boy and names him Pinocchio (Benjamin Evan Ainsworth), and then wishes on a star to have a real son.  The Blue Fairy (Cynthia Erivo) partially grants his wish, bringing the puppet to life, but he can only become a real boy if he proves himself brave, truthful, and selfless.  Jiminy Cricket (Joseph Gordon-Levitt) is awarded the job of his temporary conscience, until Pinocchio can find his own.  When Geppetto sends Pinocchio off to his first day at school, this triggers an adventure of a lifetime spurred on by Pinocchio’s naivety and trusting nature.  It all mainly works out in the end.

There are movies that have everything going for them and still something is missing that makes it great.  Pinocchio is one such film.  It has a great cast, which does a wonderful job.  Tom Hanks makes a perfect Geppetto.  He is playful and jovial, and yet there is a sadness in his heart.  Joseph Gordon-Levitt’s voicing of Jiminy is spot on, and his comic timing is perfect.  Luke Evans, with his stage musical training, as the Coachman has the vocal prowess and physicality to really shine in his musical number.  And Keegan-Michael Key as Honest John, the anthropomorphic fox is perfect as the smooth fast talking con man.  The integration of live action and CGI animation is high end and what you would expect from a big budget Disney remake.  The story is a classic, and even with some tweaks here and there to make the story more relevant to today’s audiences, it is still a beautiful tale of love and finding one’s place in the world.  The film’s pace is quick and moves along seamlessly, with no stumbles or hiccups in its rhythm. 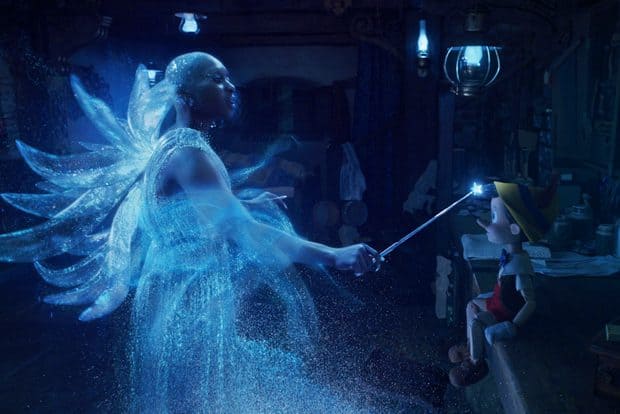 But somehow, with all of this going for the film, it is missing its connection to the audience. You can’t always put a finger on why, but that little thing that takes a good movie to a great unforgettable experience, just isn’t there.  Call it the film’s soul, spirit, or heart, if you like, but Pinocchio just doesn’t connect. I felt a brief “ping” in my heart near the end, but it was barely noticeable. To be honest, I didn’t care for the original animated movie as a child and have not seen it since, so I can’t really compare the two, and I did actually enjoy this version more than I thought I would.  It is very well made and performed, but there just isn’t that magic puzzle piece that makes me go woo woo woo!

This film has a great cast, wonderful performances, stunning visuals and a good story, and as much as I enjoyed the film, it was missing spirit and heart.

Pinocchio (2022): I’ve Got No Strings…Tugging on My Heart