Resident Evil Welcome to Raccoon City: The Beginning of Terror 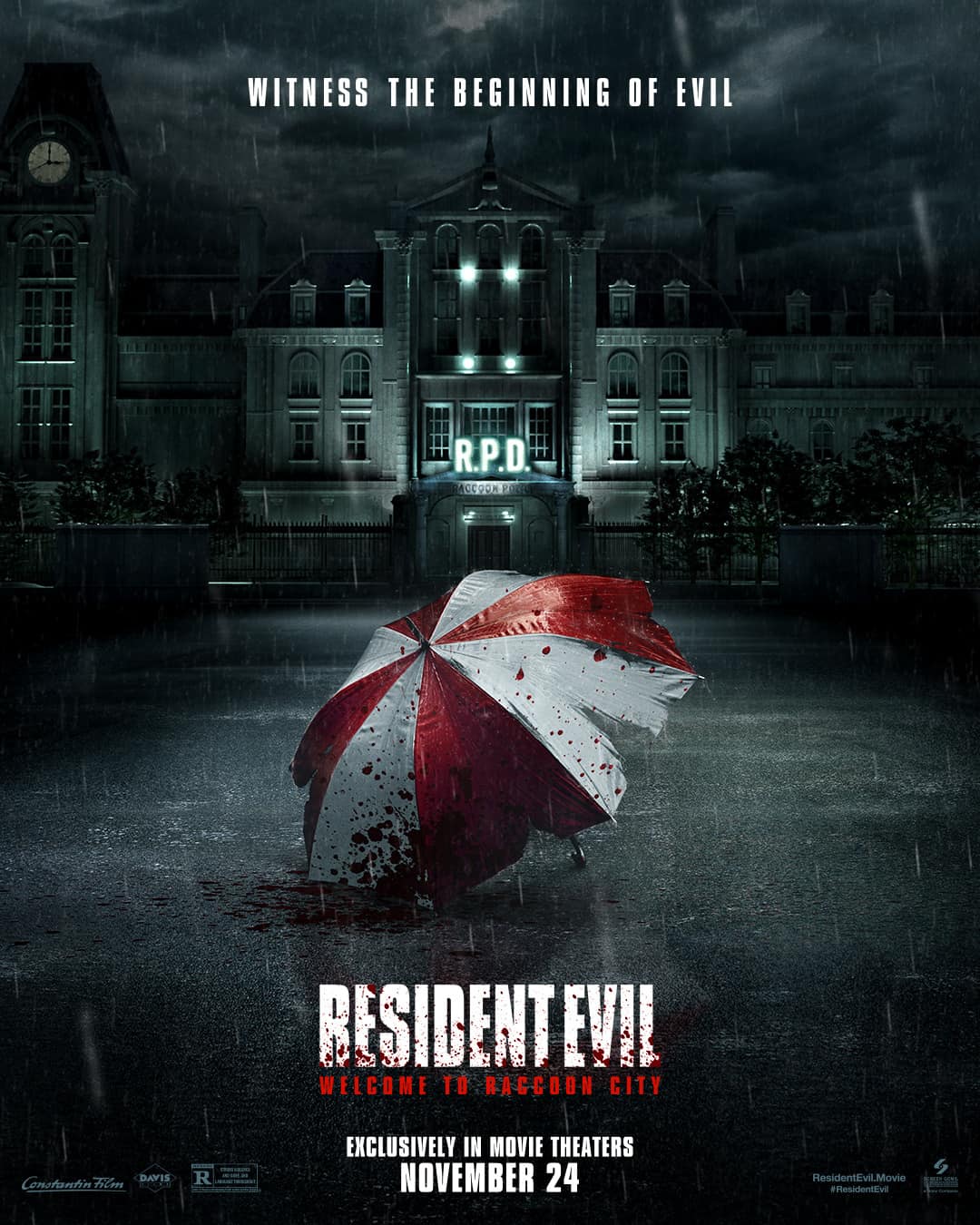 A group of people try to stay alive against a zombie outbreak and escape Raccoon City before the Umbrella Corporation wipes the town off the map.

Resident Evil: Welcome to Raccoon City will be released on DVD, Blu-ray and Ultra HD Blu-ray on February 8, 2022 by Sony Pictures Home Entertainment.

The Resident Evil films are based on a series of popular video games and Welcome to Raccoon city is the seventh film to be made. It is a reboot and has no real connection to the original six films that were made between 2002 and 2017.  The original 2002 film was a fun and exciting movie with it’s own style and still one of my favorite films based on a video game.  Resident Evil: Welcome to Raccoon City tries to recapture the essence of the first film and still stay faithful the video games, but in my opinion it does not succeed. 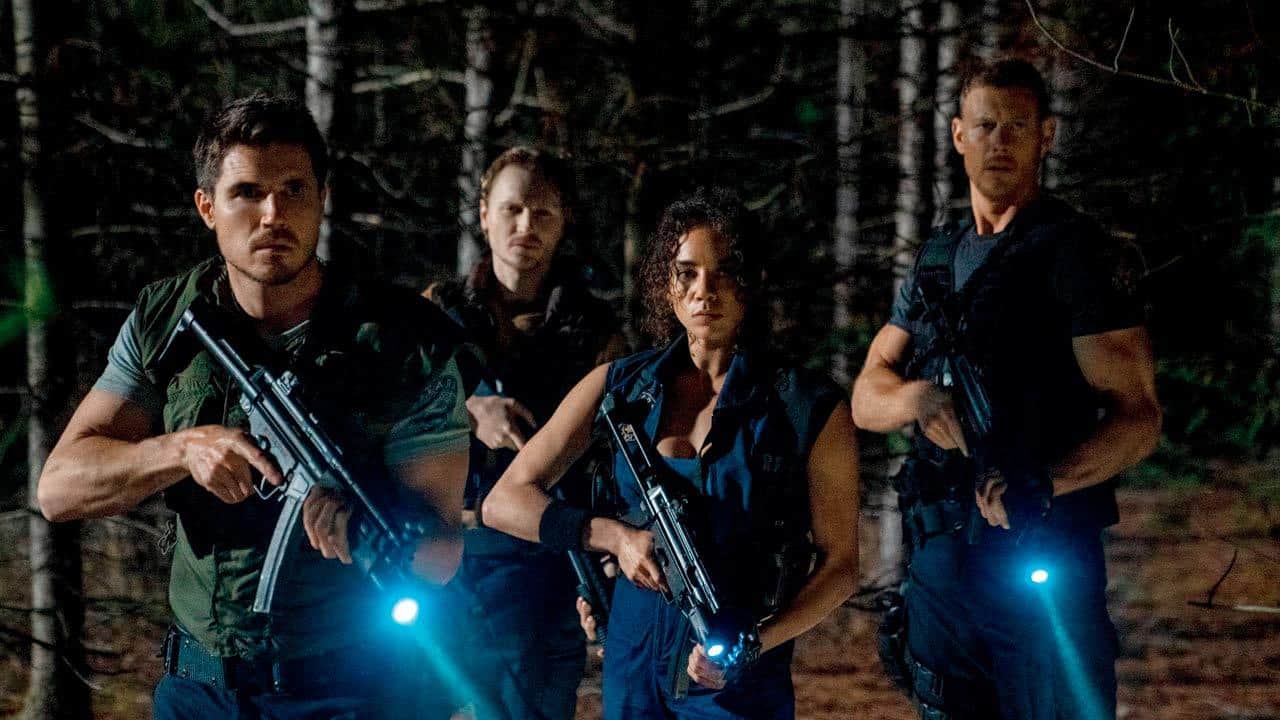 I have not played any of the video games, so I am not sure how accurate the plot in comparison to the source material, but in reading the storylines to both the movie and the games, it seems like this current iteration is more accurate, with most of the characters from the game getting a live action counterpart.  In the 1980s, Claire (Kaya Scodelario) and Chris Redfield (Robbie Amell) are orphans living at the Raccoon City Orphanage.  Claire keeps seeing a masked child in the halls at night, but no one, including Chris, seems to believe her.  Most of the movie takes place in 1998, Chris remains the good boy and has become a police office on the Raccoon City Police Force.  Claire, believing that the there is something wrong, hitchhikes back to Raccoon City to try to warn her brother about the Umbrella Corporation.  But soon after arriving, zombie hell breaks loose, and the separated siblings attempt to reunite and escape before the Umbrella Corporation wipes the town off the map.  The pair are joined by Jill Valentine (Hannah John-Kamen), Albert Wesker (Tom Hopper), William Birkin (Neal McDonough), and Leon S. Kennedy (Avan Jorgia). 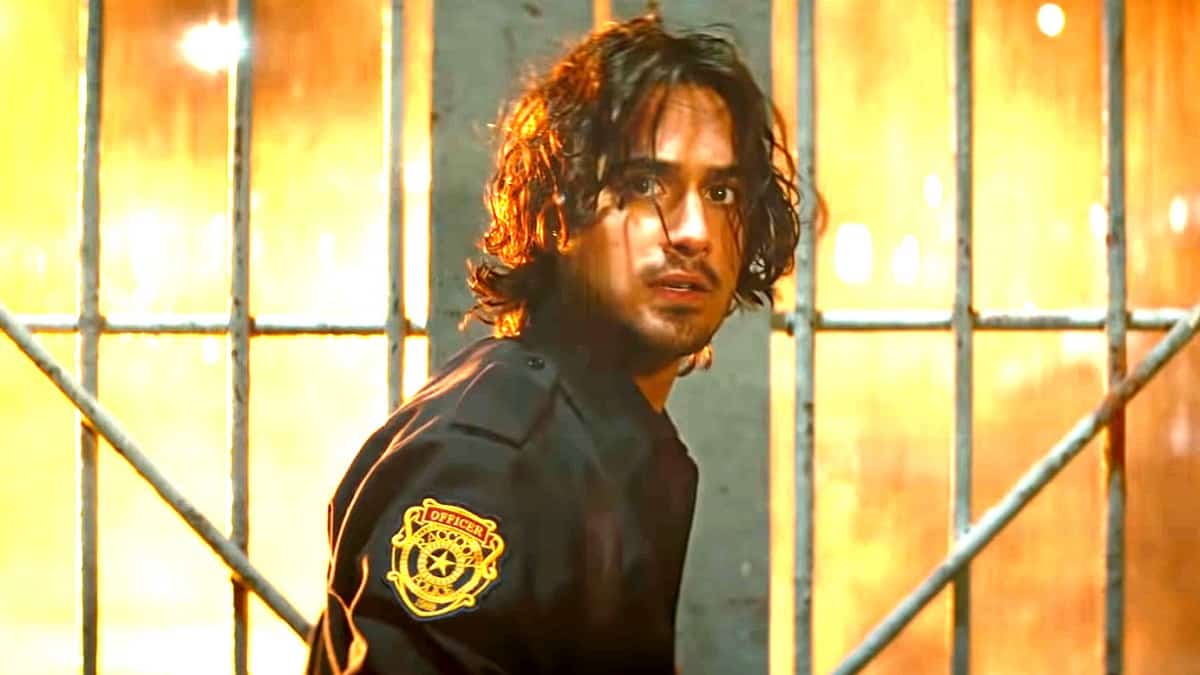 The movie has great production values with appropriately creep atmosphere with stunning set pieces and some wonderfully directed scenes.  One in particular is where we only see the action in bursts of light created by a gun firing or a lighter being lit.  It also has a great soundtrack that mixes originally composed music with pop songs, which accent characters and sets the horrific tone of the film.  The script is good, with dialogue which flows well and never seemed forced. The cast is strong with some amazing talent and above average performances (and most of the main characters are gorgeous), but unfortunately that couldn’t save the plot and editing.  The scenes seemed disjointed, and the film’s rhythm never really found its beat. Due to this, it never sucked me in, and I found it hard to concentrate.  With this cast and production elements, the movie could have been hot, but instead it is tepid, lukewarm at best.

The film was mildly entertaining but suffered from pacing and rhythm issues.  The cast is above average in looks and in talent, the visual aspects are stunning, and the original music is gorgeous and appropriately creep.

Resident Evil: Welcome to Raccoon City – The Beginning or Terror