Spook: A ghost or goblin. Hootenanny: A party. Put ’em together and you’ve got Spookenanny! We are Rickey (me, Comic-Watch Media Editor) and Rob (my husband and Comic-Watch Movie and Television Reviewer) and this is the first part of our Halloween Spookenanny where Rob and I will bring you our love of horror films and some suggestions of great spooky entertainment to enjoy for Halloween. For us, Halloween fills up the whole month as we view some of our favorite movies and search for the next great fear-fest to join our favorite horror films list. 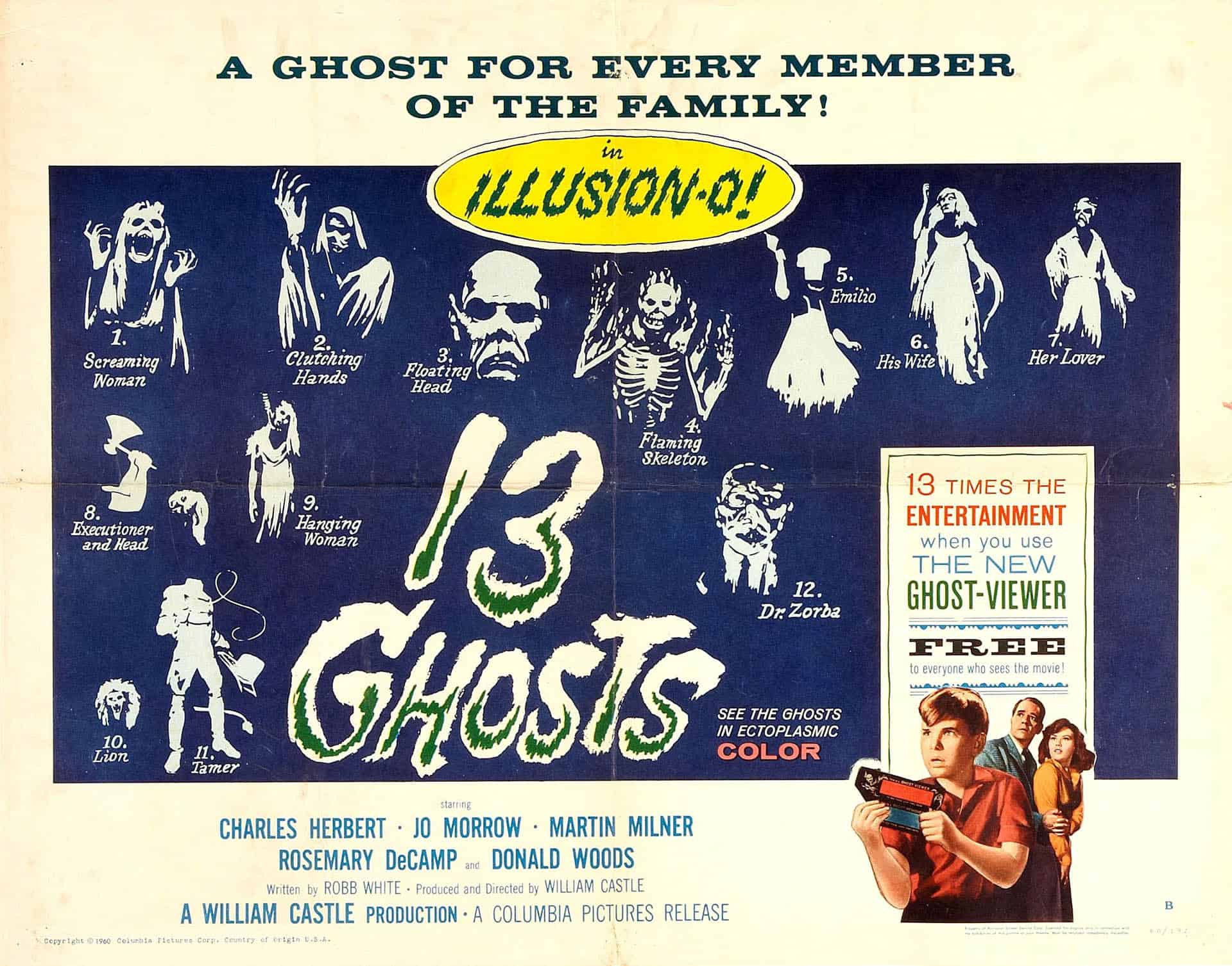 The word “spookenanny” is a word that has stuck in my head from a Casper The Friendly Ghost cartoon I saw back in my childhood last century. It was a Halloween episode that featured Casper and his friends Wendy the good witch, Nightmare the horse and Hot Stuff who was a little devil. I don’t remember anything else about it. “Spookenanny” just seemed to stick in my head. In writing this article, I tried to think back to my childhood in those bygone days and remember the first movie that scared me. (Trying to remember that far back is scary in itself!). I know the only two things that ever gave me actual nightmares were a “Mickey and the Beanstalk” cartoon and The Scarecrow of Romney Marsh, both from Disney who was known to give many a kid nightmares. But the first horror movie I can remember I believe was the original 13 Ghosts. I have always found ghost stories to be frightening, mostly for what you can’t see like the disembodied cries and laughter, or things flying across a room seemingly of their own accord. The ghosts in 13 Ghosts were shown on camera partially dissolved giving them a transparent look. The movie was directed by Shock Meister William Castle and those who saw the movie in its initial release in the theater were given 3D glasses to put on during certain scenes with the ghosts–one of the many gimmicks Castle was known for. He also directed House On Haunted Hill with Vincent Price and The Tingler (also with Vincent Price). For House on Haunted Hill, Castle had theaters set up with a skeleton that would fly out across the movie goers during the last seen. The more ambitious Tingler had theater seats rigged with a shock system that would engage in certain scenes. Alas, I missed the original showings of those movies as I was too young/not born. So my introduction to horror films came on TV. 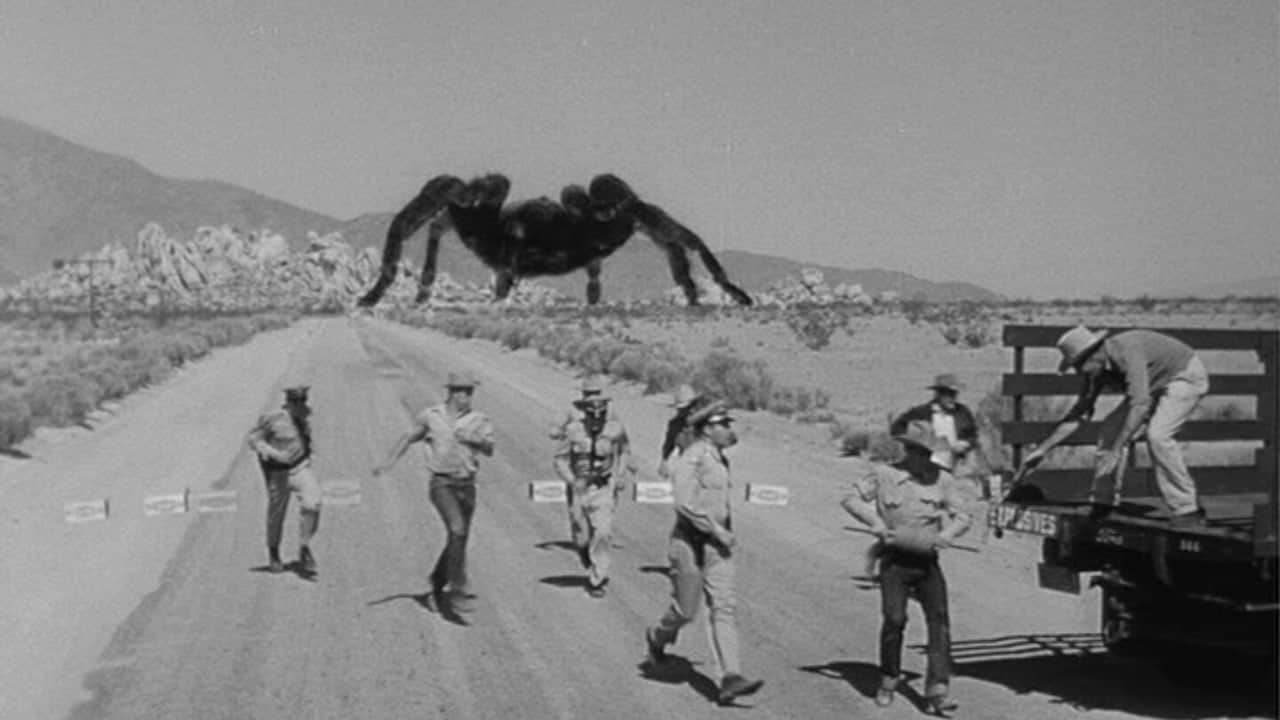 Rob: I remember watching old black and white horror movies like Dracula and the Wolfman.  I remember staying up late on Saturday nights with my siblings to watch Creature Features in Boulder, Colorado.  I don’t remember the host of that show, but I remember seeing Tarantula for the first time and falling in love with the “Big Bug” movies.  There was something pure about the old sci-fi / horror movies.  There was a charm in the corny special effects and there was usually some sort of morality tale being told.  I am not really sure what brought me to them, being startled and scared can be fun, when we know it is in a controlled environment.

Rickey: I remember Tarantula and Them! the one with the giant ants. I always liked the movies that used things like a normal tarantula and blew it up in size even though you could tell it was superimposed on the screen. I liked the Wolfman and the Creature from the Black Lagoon a lot. The early Universal monster movies had characters like Larry Talbot who wasn’t so much a monster as he was a tortured soul who hated turning into a werewolf on the full  moon. The Frankenstein monster was far less a monster than the angry peasants with their pitchforks and torches who hunted him down. A big source after Saturday afternoons for monster movies was Creature Features with host Bob Wilkins. 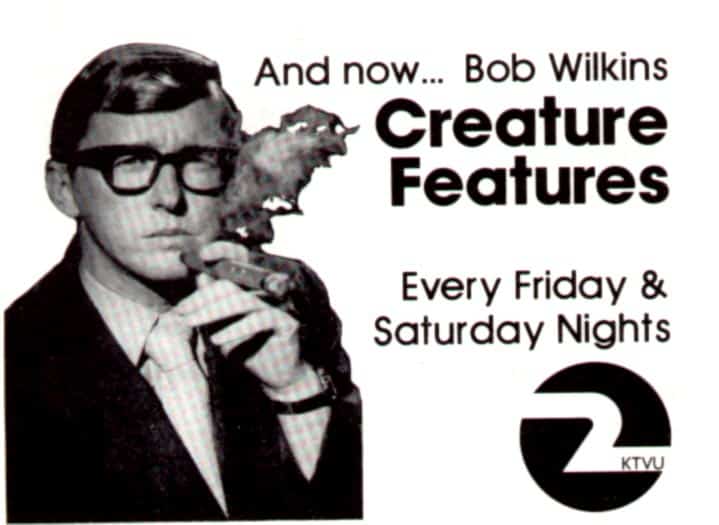 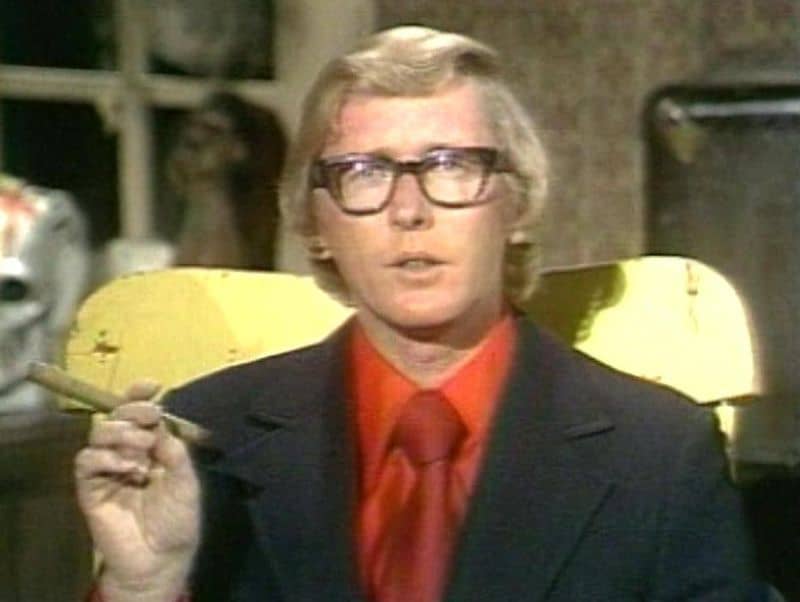 Rob: We moved to California from Colorado when I was five.  I was already a fan of the classic monsters by then.  And I very fondly remember staying up and watching Bob Wilkins, who later went on to play Captain Cosmic on KTVU – 2, where he introduced me to some great Japanese television series like Space Giants and Ultraman.  There are a couple of movies I think I remember watching on Creature Features.  Equinox and Invasion of the Body Snatchers, both movies remain favorites of mine.

Rickey: But there were also some really bad horror flicks and what I loved about Bob Wilkins was he wasn’t afraid to call out the bad movies he was showing! Dementia 13, Fiend Without A Face, Trog–that one actually had Oscar winner Joan Crawford in it and it was still terrible. There were also a lot of bad old horror movies that were still “good” and fun to watch like Monster From Green Hell with the giant, flightless wasps and also boasted a big star in Jim Davis who went on to play Jock Ewing on Dallas. 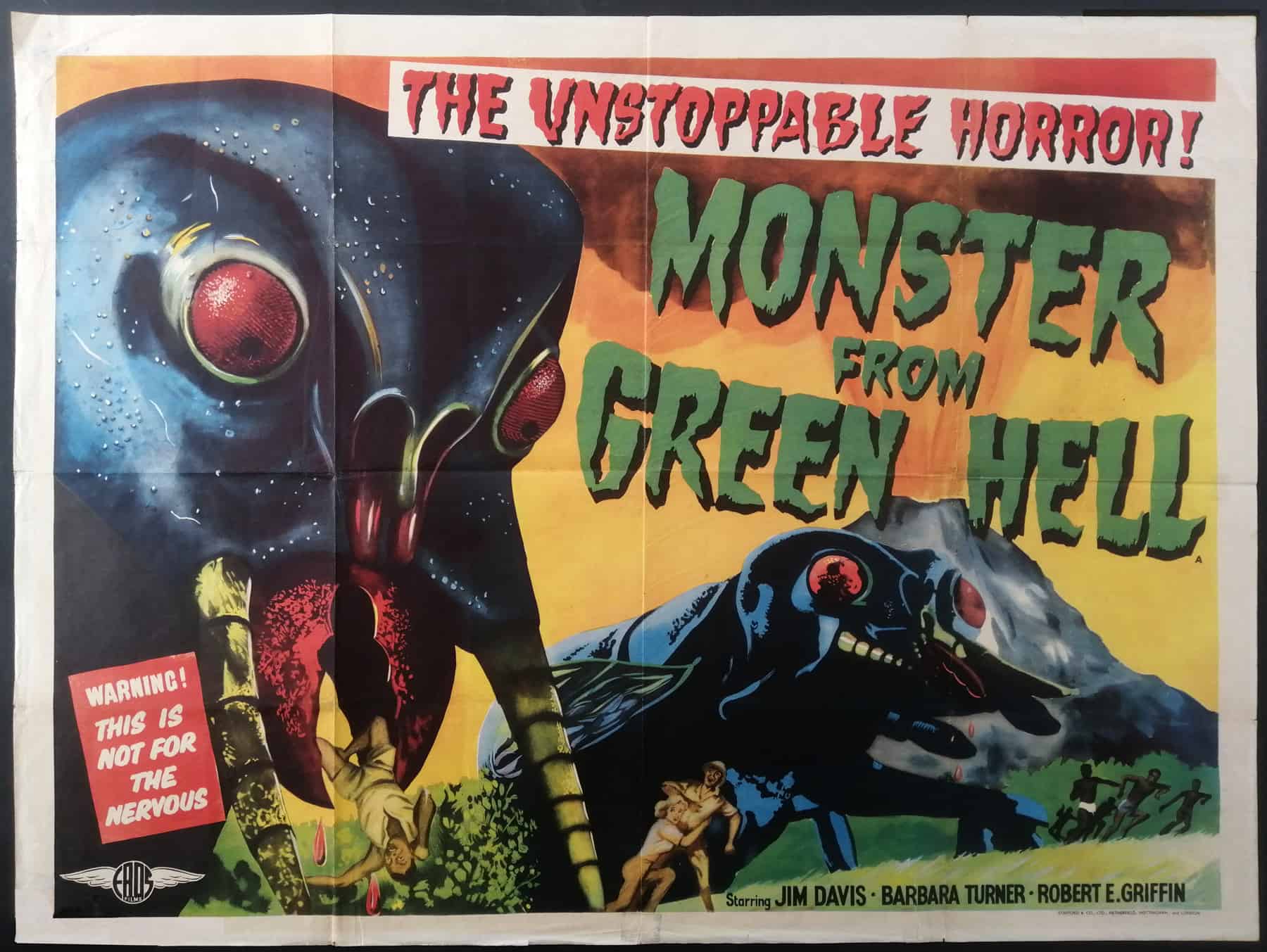 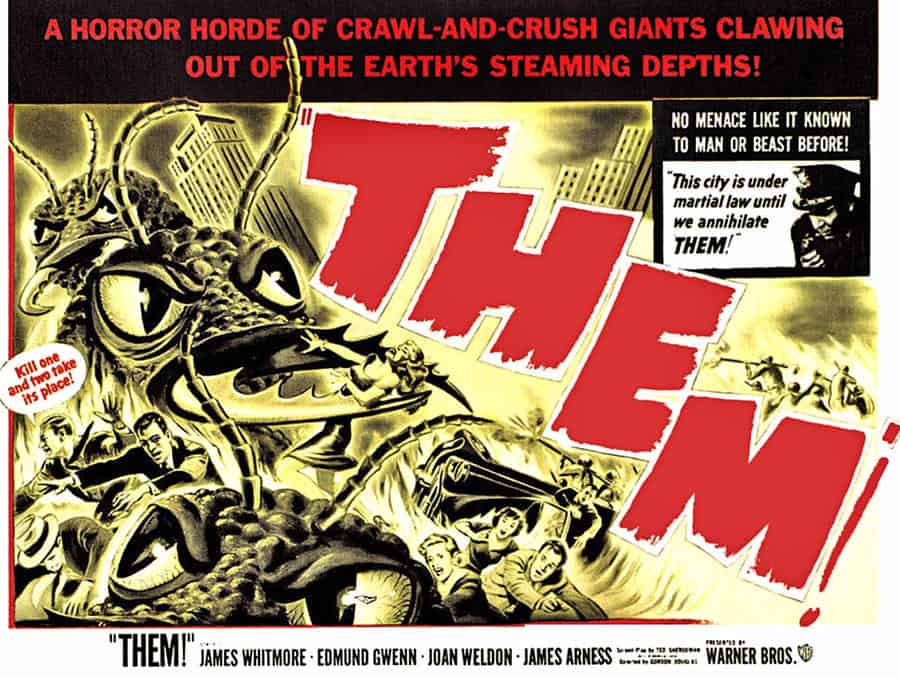 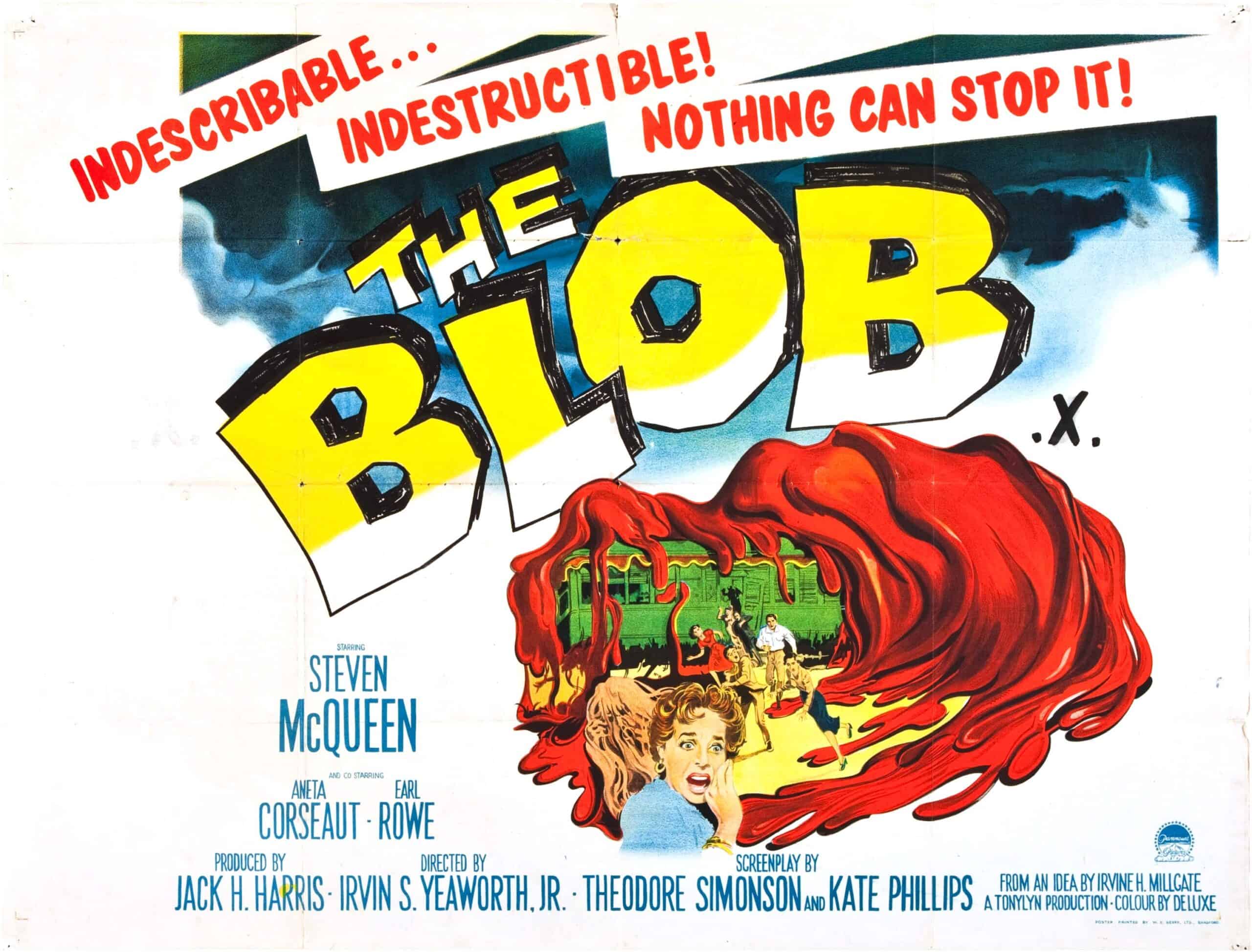 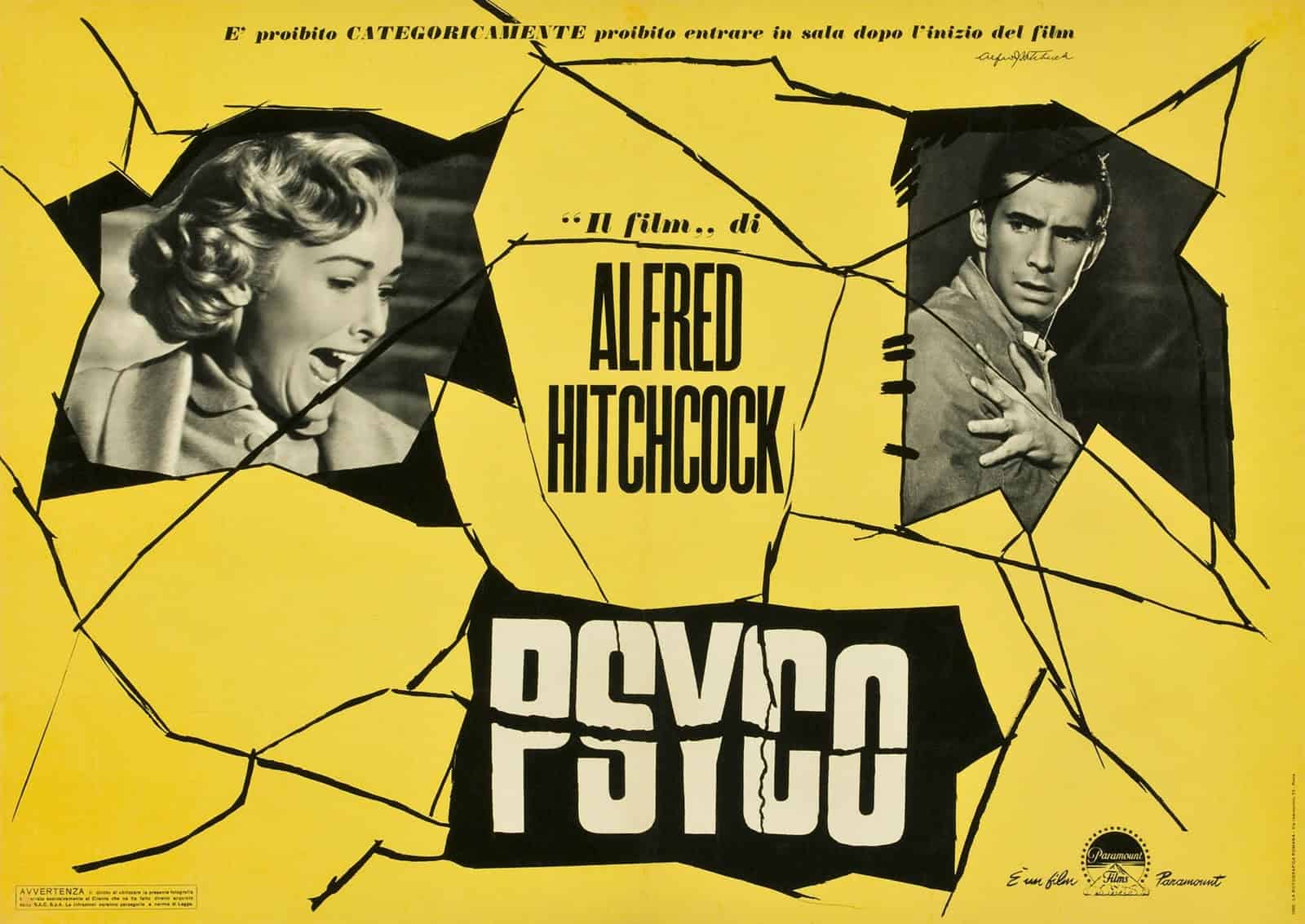 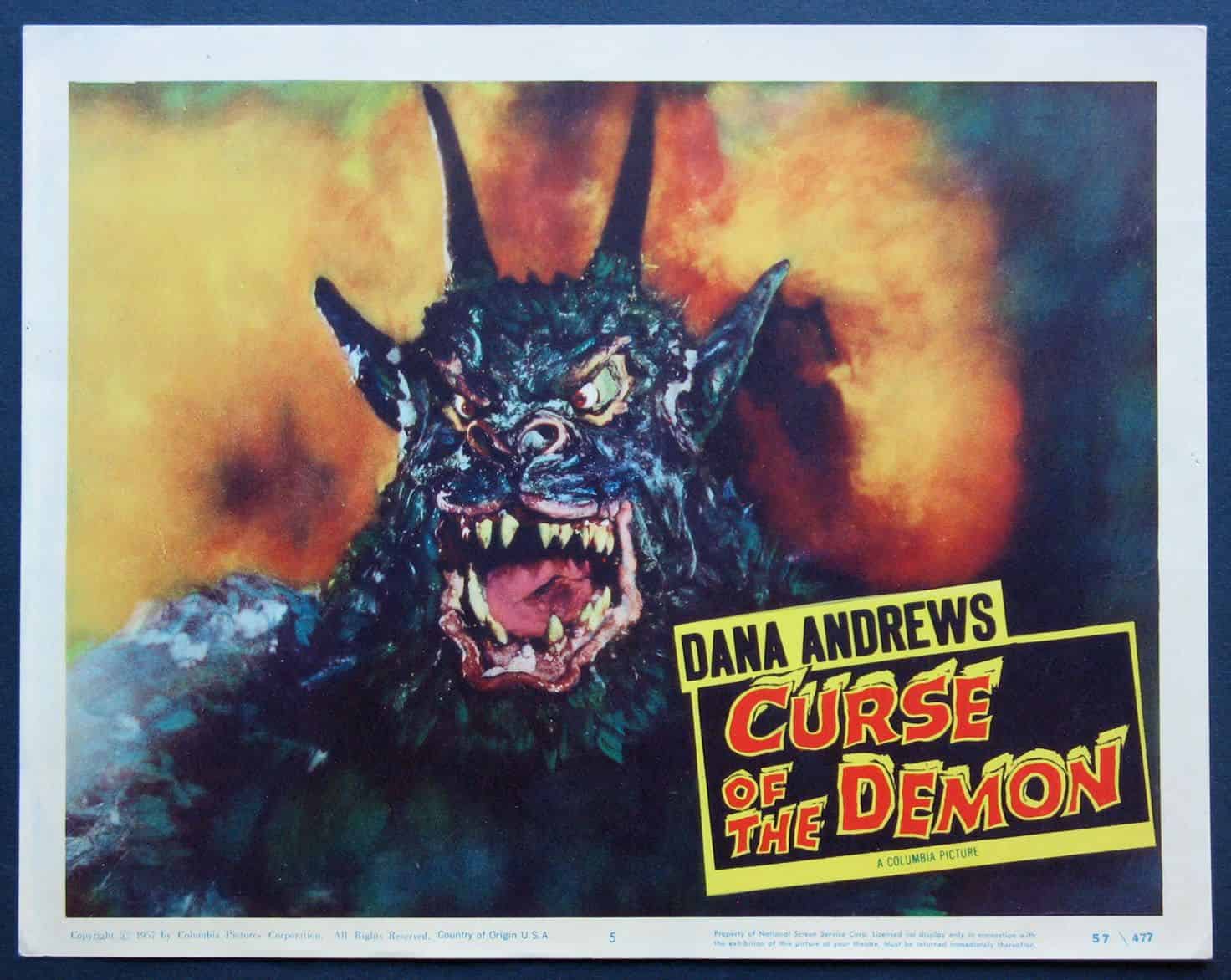 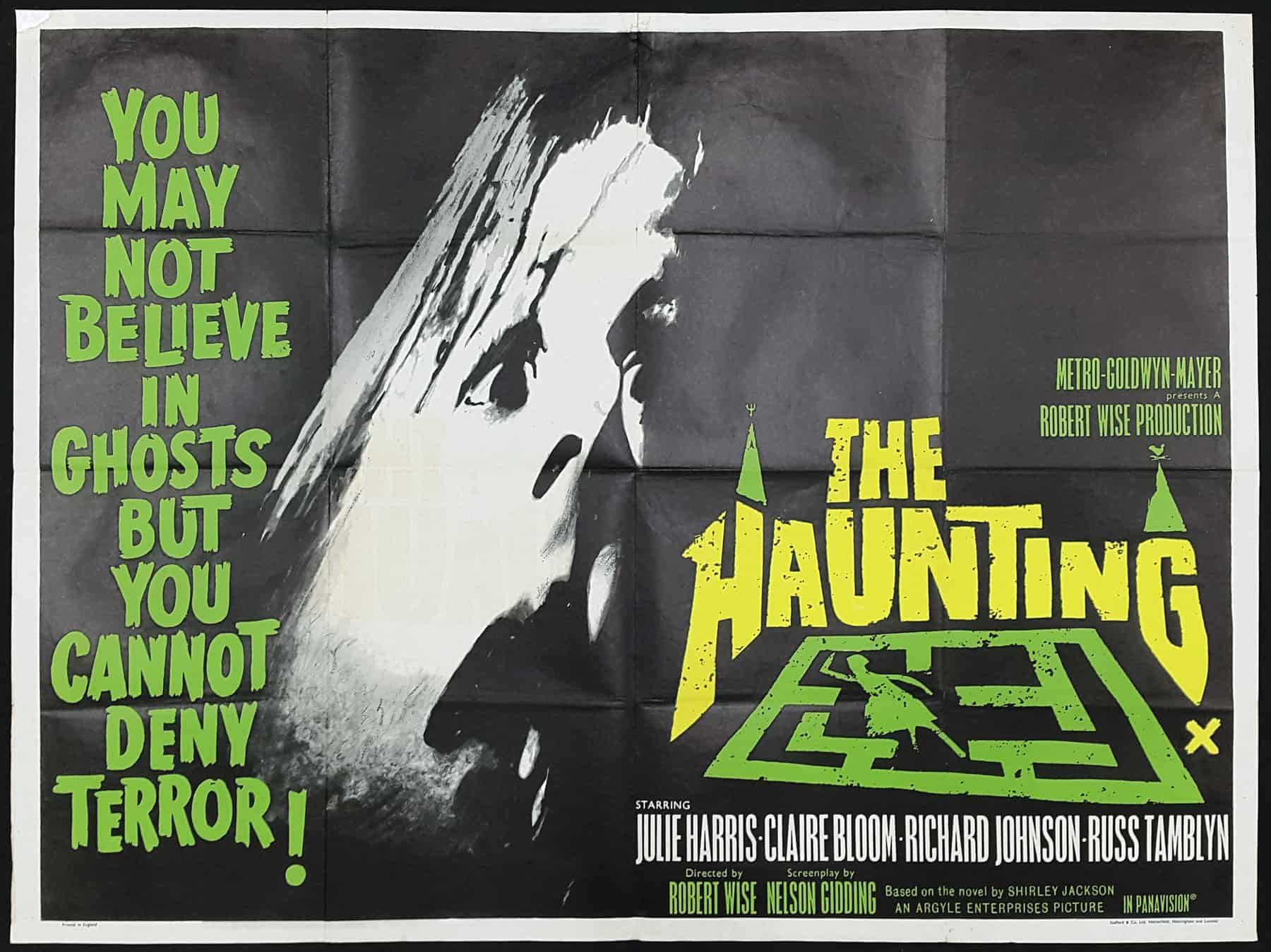 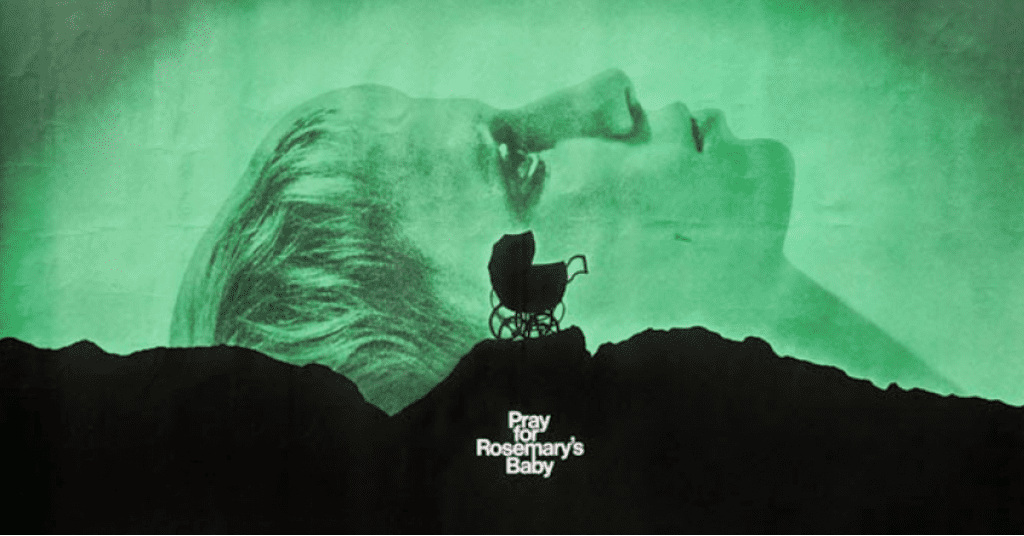 I think all three of these are “must see”, especially The Haunting and Rosemary’s Baby. Roman Polanski’s legal troubles aside, Rosemary’s Baby has this wonderful slow build up to terror as Rosemary Woodhouse slowly begins to realize the nosy old couple next door are actually Satanists who want her unborn baby.

We will be back with part two of our Halloween Spookenanny next week.