Welcome to the second part of our Comic-Watch Media Halloween celebration! Or, as we call it, Spookenanny! First off we want to jump right in and talk about a new film we watched last night…Paranormal Activity Next Of Kin. Now, you’re going to find that, while we love the watching the same types of movies (mostly) we often have wildly different reactions! Of course, my opinions are usually the right ones! 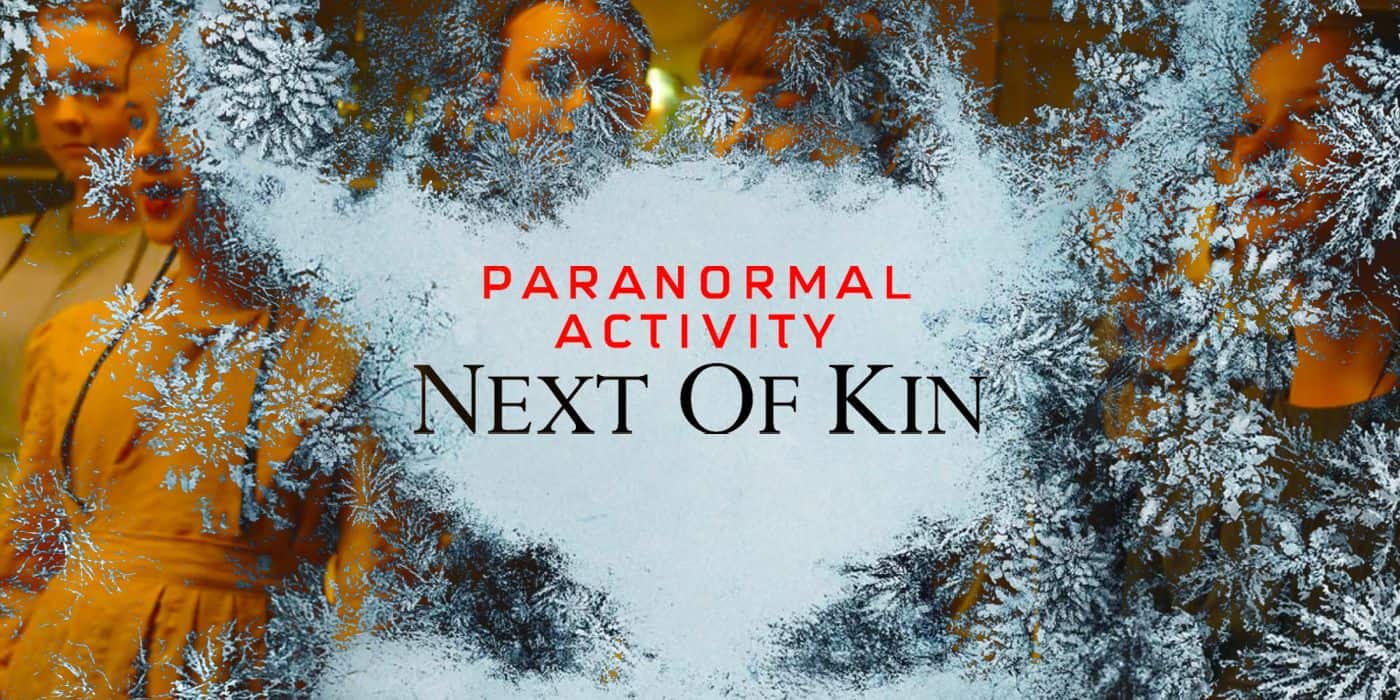 A shaky cam, “found footage” movie loosely existing in the Paranormal Activity movie franchise.  The film follows Margot (Emily Bader), who was abandoned as a baby by her mother, but has recently been contacted by her blood relatives.  Her living family are Amish and live without phones or power.  Margot’s friend, Chris (Roland Buck II), has convinced Margot to make a documentary about her reconnection to her long lost relatives and how she interacts with a group that is so removed from the modern world.  But her family holds a dark secret about her mother.  As weird things start to happen around the farm they are staying at, the couple, along with sound man Dale (Dan Lippert) begin to unravel the mystery of Margot’s past and what her future may hold.

Rob: I love ghost stories where there is a mystery to unravel, and the plot of this installment seemed promising.  Unfortunately, this movie just does not pay off.  The premise is great, the execution left a lot to be desired.  For a movie with “Paranormal Activity” in its title, it was mostly “Normal” activity.  There were a lot of heard noises, and creepy community members.  There was something weird going on.  But there just wasn’t enough of it, and what we did get was so subtle, that it wasn’t really that frightening.  The effects were all things that we had seen before and done better in the previous six movies.  I honestly had a hard time staying awake through out the film.  I think the idea of the documentary was a good explanation of why the camera was always running, I believe the “found footage” premise is played out and this movie would have been better served in more conventional filming style.

Rickey: It looks like we are in agreement on this one. It was more like Paranormal Inactivity. While all of the previous installments to this franchise were loosely connected to each other, this film only leeches off the Paranormal Activity brand and goes off on its own. I was a film student in college and have made several films and videos. So I naturally pick apart the logistics of all the camera work in these movies. The first PA movies used a standard set-up with most of the footage in them being caught by home security cameras. There were many shots in this film that just didn’t make sense. My biggest gripe about this movie and most of the found footage flicks is they show people who are in mortal danger from supernatural forces yet they take the time to make sure the cameras are rolling and are shooting them on their best side/profile! I know if it were me I would drop the friggin’ camera and get my ass out of the way of the demons and monsters! 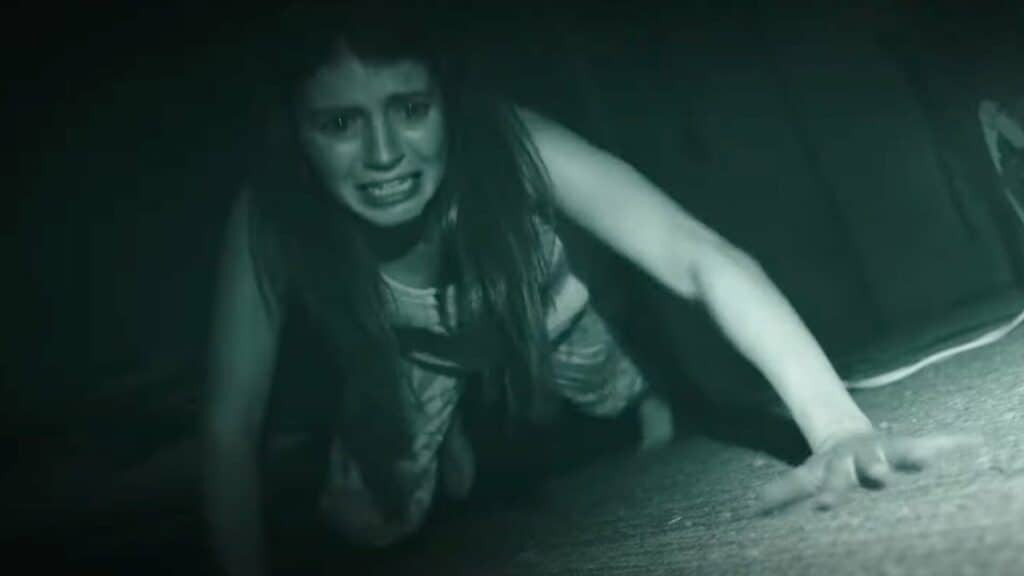 Rob: Overall, the film was ok, but wasn’t really scary and had very little paranormal content.  The premise of the film was interesting, and I did like the “mystery to be solved” aspect of the film, but the execution of the premise was flawed, mundane and strikingly un-paranormal. 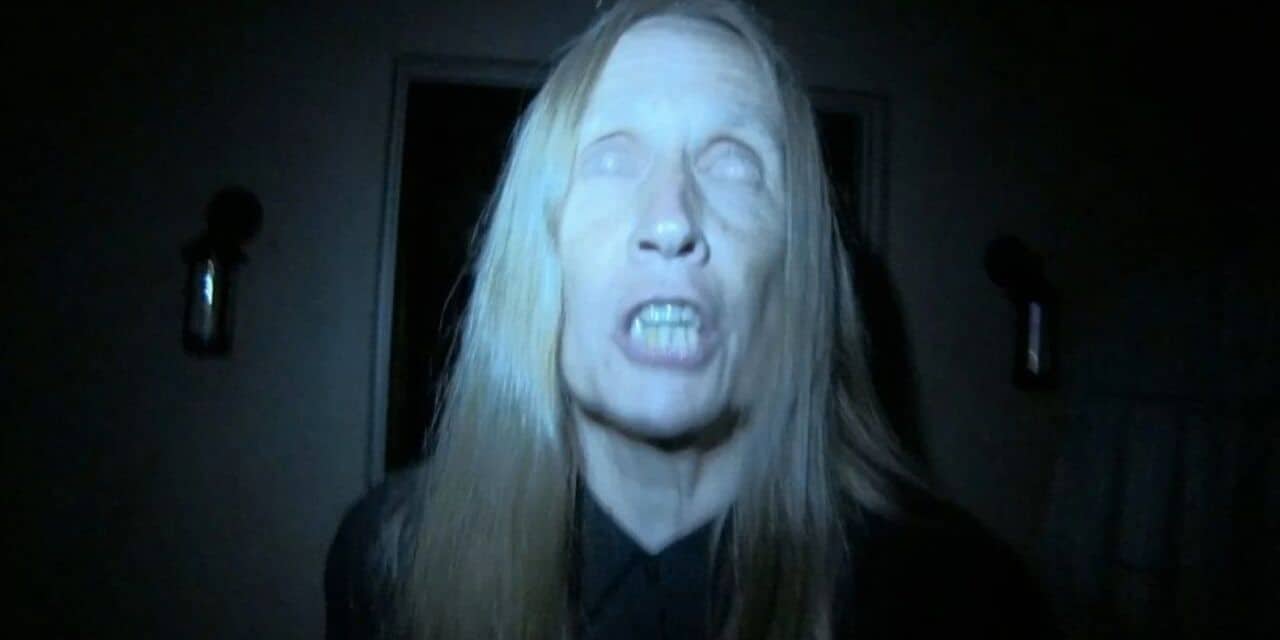 Rickey: I’m not even going to say it was OK. Clearly, the only thought on the producers’ minds was how to squeeze the last penny out of their dried up cash cow. I would have respected this movie much more if it had had the stones to believe in itself and strike out as an independent production. Drop the shaky cam, people! The only movie I feel that the hand held camerawork ever succeeded was The Blair Witch Project. That was one of the scariest horror films that has ever been made and here we are 22 years later and horror film producers are still trying to copy it. There really could have been a decent horror film underneath Next Of Kin if they had done it in a straight forward narrative and took the time and effort to flesh out a good 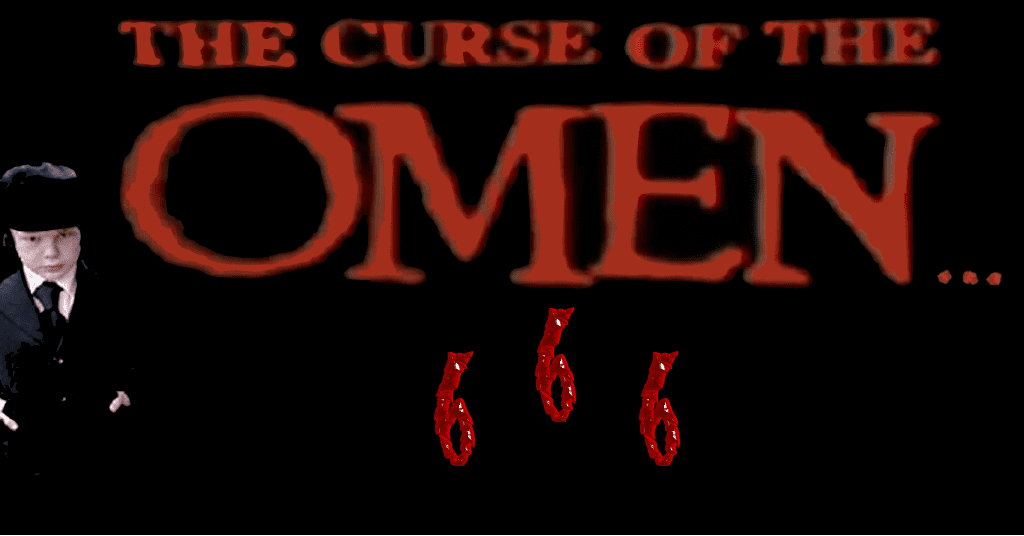 Rickey: Producers of the 1976 film The Omen were warned they were inviting the devil into their film and that bad things would happen. Satan’s greatest trick was to remain invisible and The Omen was trying to make the devil visible. Director Richard Donner (Superman The Movie) was told The Antichrist would do anything to keep the picture from being made. Donner said these words went in one ear and out the other.

At the beginning of production, actor Gregory Peck (Ambassador Thorne) was flying into London when his plane was struck by lightning. Scary. Scarier still, when writer David Selznick was flying in, his plane was also struck by lightning. Two cast members, both flying in on separate airplanes, are both struck by lightning…what are the odds of that? But there’s more! Gregory Peck was supposed to have taken a different flight–on a plane that crashed, killing everyone on board! Is it evil or is it miracle? The plane took off, hit a flock of birds and crashed and hit a station wagon which had the pilot’s wife and two children who had just dropped the pilot off. 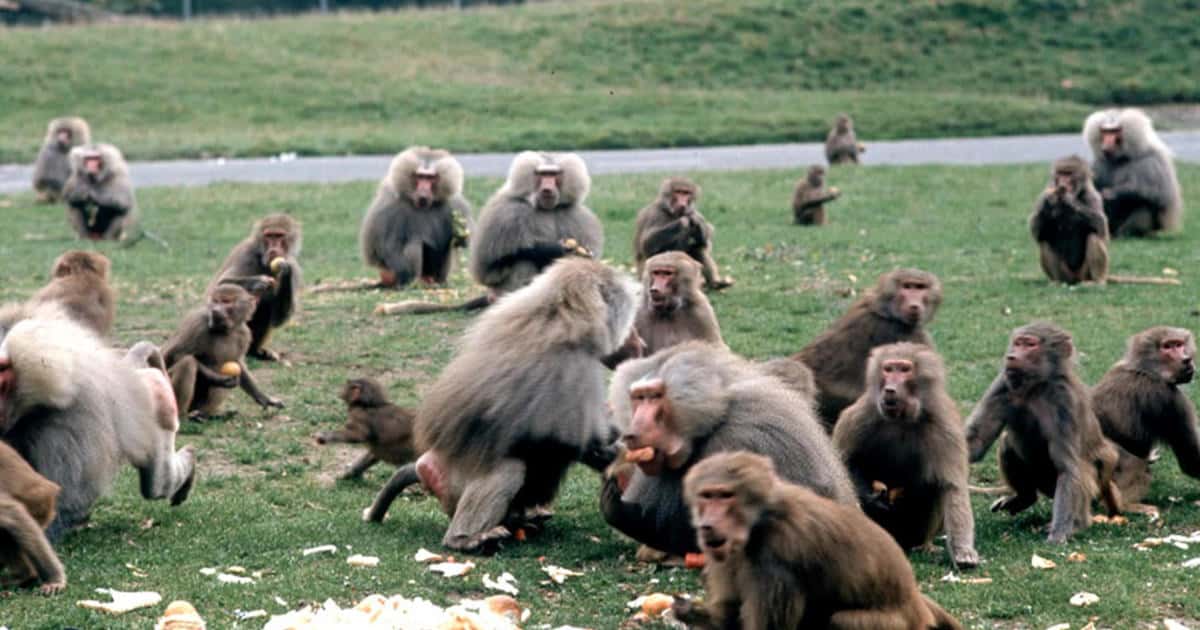 At Windsor Safari Park where the baboon scene was filmed the car Lee Remick was driving stalled. So, you know that look of shear terror on Lee Remick’s face in the movie when the ‘boons attack her car? Yeah, that’s real! Also at the same park an animal handler was attacked and killed by a lion during the time The Omen was being made. 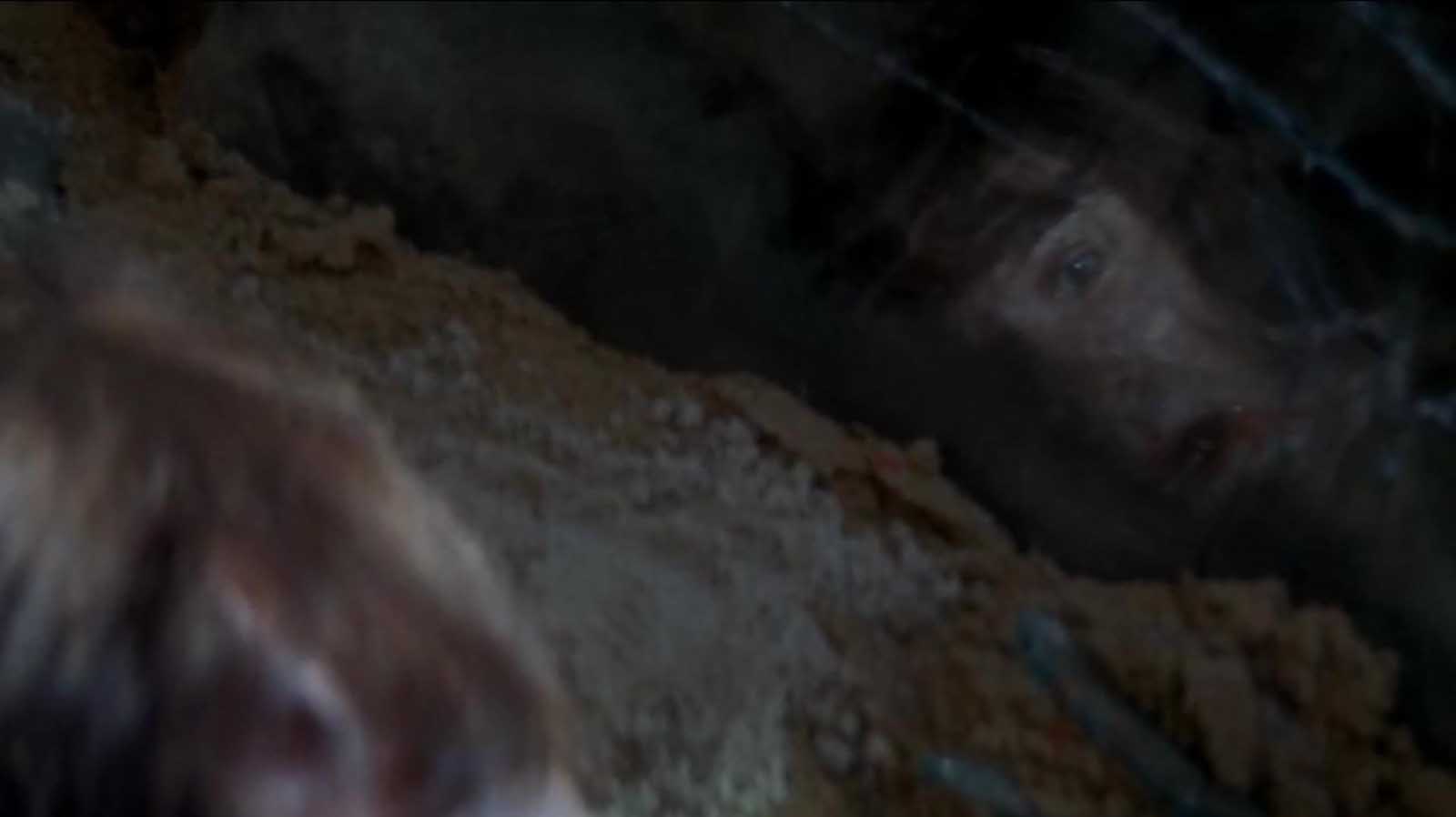 After the film was made, special effects supervisor John Richardson had a car accident and in a bizarre parallel to the film, his fiancee was decapitated near a road sign which read “Ommen 66.6 km”.
All of these incidents in and around the making of The Omen seemed to be more than coincidence. There are other movies which are said to be cursed…the most famous of which is probably Poltergeist. But there are more…The Exorcist. The Crow. If you’d like to check out the stories on these other cursed movies then look for the AMC show Cursed Films.