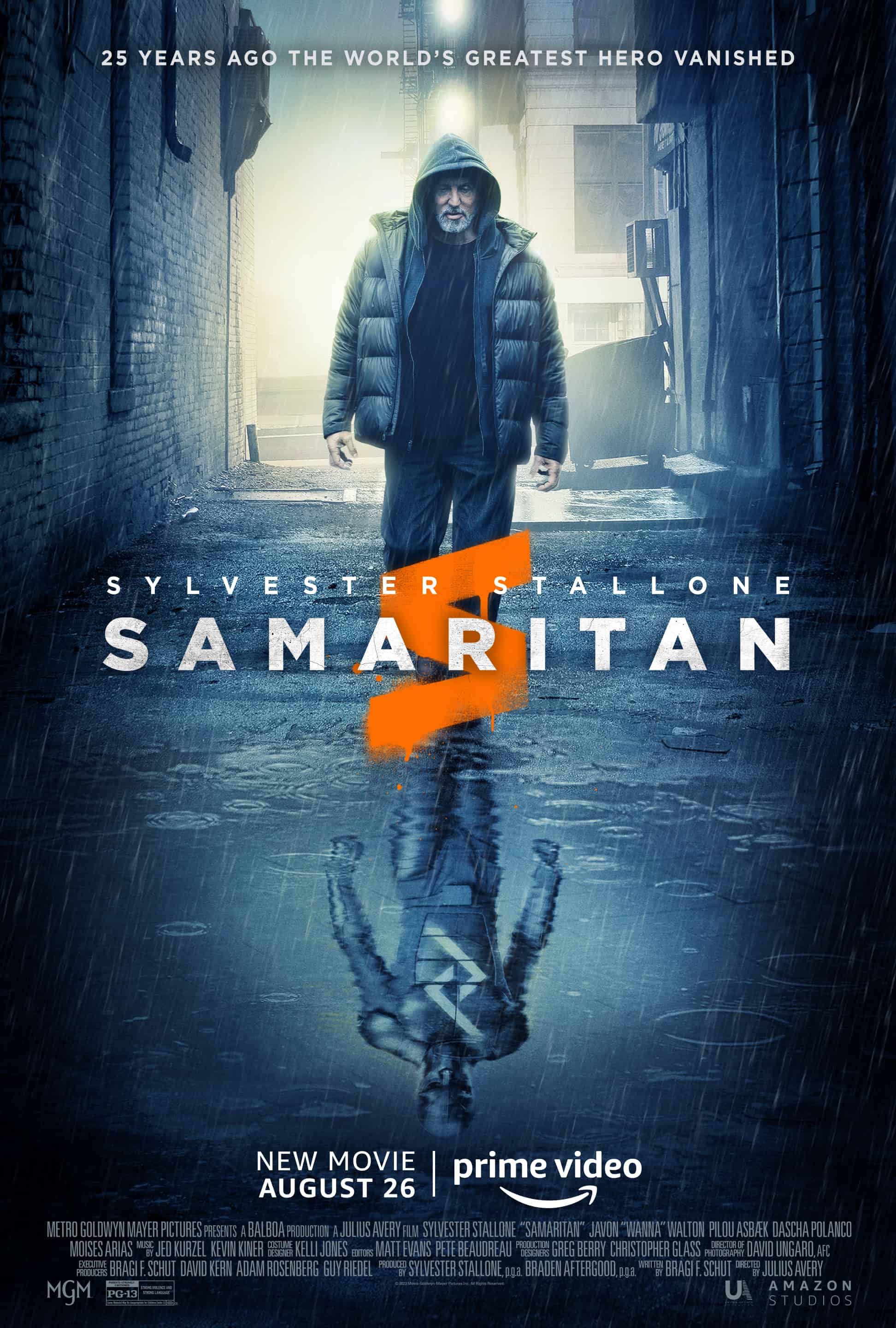 A young boy attempts to convince an aging superhero in hiding, to come out of retirement and save the city.

Samaritan is sort of a unicorn when it comes to film adaptations from comic books.  You see, the Mythos Comics graphic novel of the same name, was actually adapted from the movie’s spec script (an unsolicited and non-commissioned screenplay, with hopes of being optioned by a studio or production company).  So technically, the comic is based off the movie, but was published in 2014, years before the movie would get made. 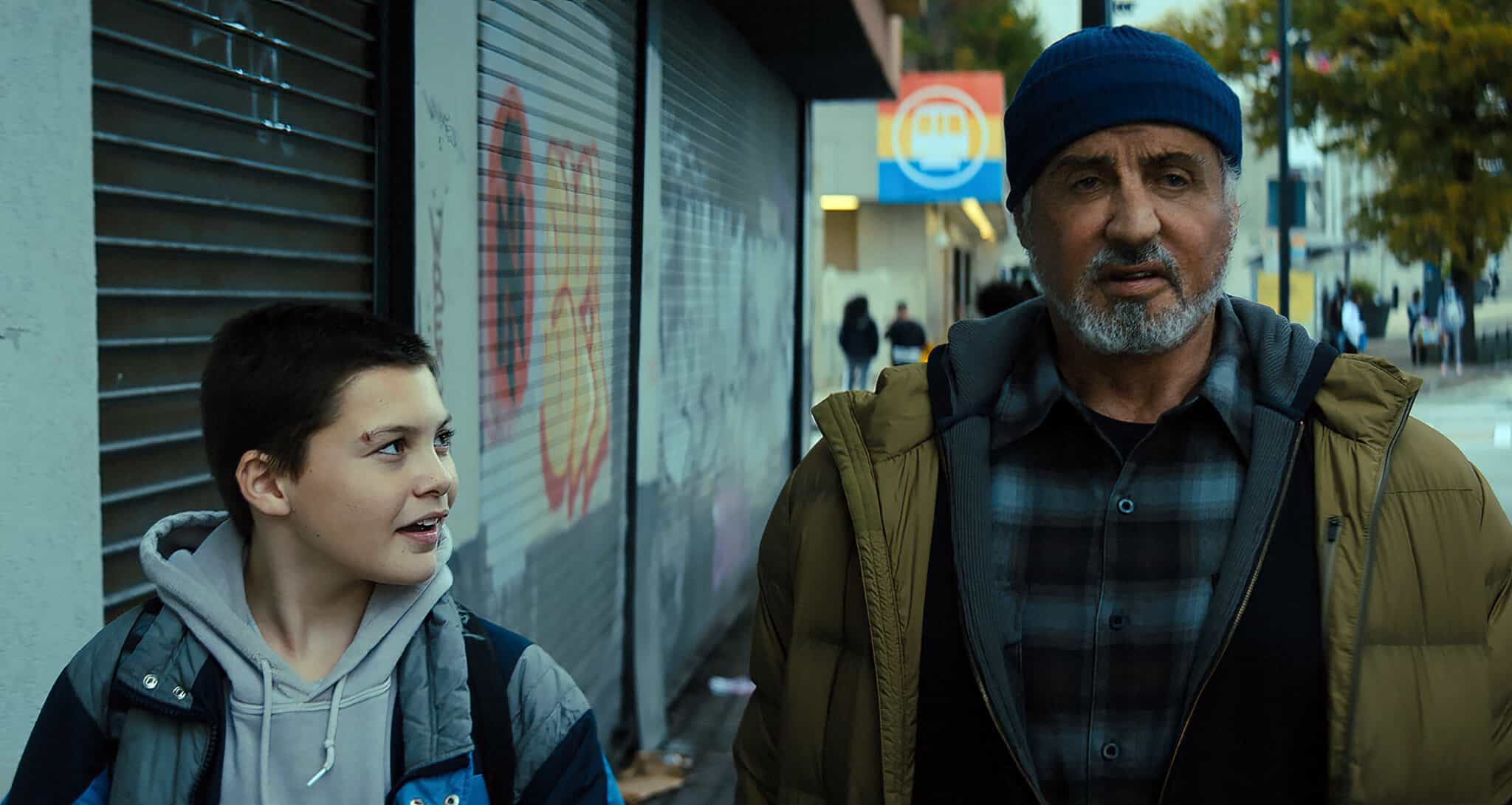 Years ago, two twin brothers were born with super strength, near invulnerability, and the ability to quickly hear from their wounds.  One would grow up to try to protect the people and the other, angry at years of the public’s fear of the two boys, would grow to want revenge.  And so the twins would become Samaritan and Nemesis, but during one fateful battle, both were believed to have perished in an explosion.  In the present, there are those that believe that Samaritan didn’t die, but is alive somewhere; one of those people is Sam (Javon Walton), who becomes convinced that his neighbor, Joe Smith (Sylvester Stallone) is Samaritan.  At the same time, a gang leader named Cyrus (Pilou Asbæk) breaks into the police vault to steal Nemesis’ mask and hammer, a mighty weapon forged with hate. Cyrus becomes the new Nemesis and begins a plan to create a revolution based on chaos and anarchy.  Can Sam convince Joe to come out of retirement to save the day?  Watch and find out! 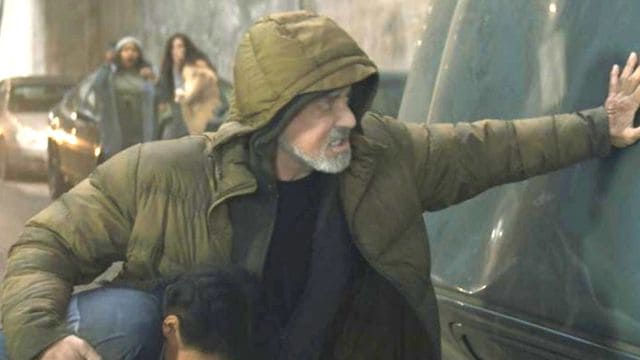 This is a different type of superhero story and there are a lot of themes and emotions just under the surface.  In some films, I crave more back story, more exposition, but sometimes less is more.  I believe Samaritan, got it just right. We are given just enough information to understand the character but are left to draw our own conclusions.  There is a subtlety in many of the performances that allow us to understand the consequences of a character’s choices and how the small amount of backstory we were given has affected their life.  There are a lot of allusions to the past and familial relationships that have shaped the character and give us a peak into the complexity of the person. I liked this aspect of the movie and enjoyed much of the dialogue, but the movie did have some issues. 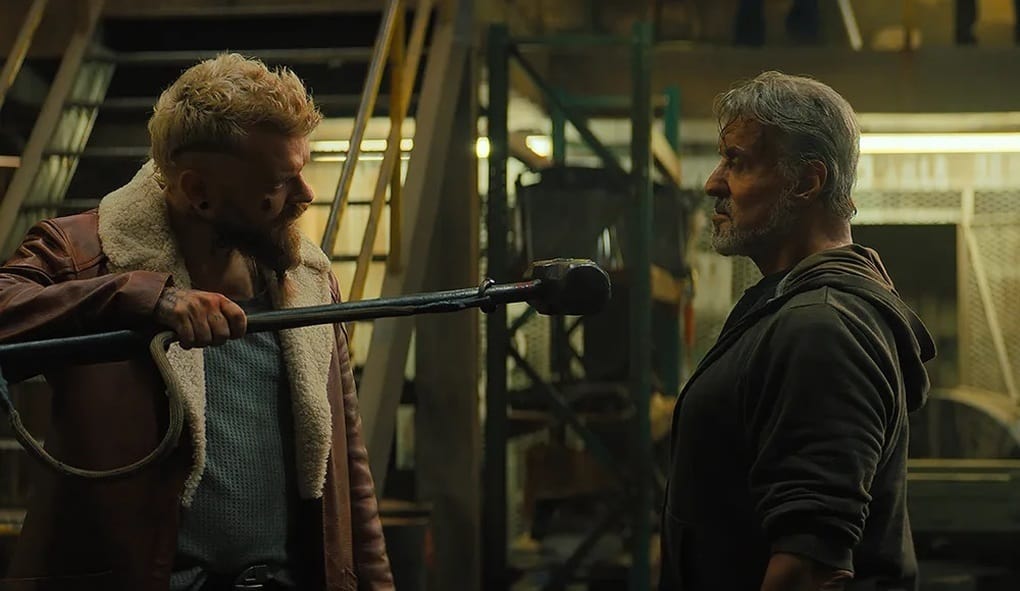 One of the major themes, is that there is good and bad living within all of us, and it is up to us to make the right choice when given the chance.  Cyrus believes that Nemesis was the true hero as he fought for the poor and the destitute, and there is a certain kindness that he shows towards Sam, which may explain Sam’s willingness to help Cyrus.  And like all good villains, Cyrus does not believe he is doing evil, he believes he is doing what is right for his family and the people of the city.  Although I liked Pilou’s performance as Cyrus, the story eventually devolves to him being a run of the mill bad guy instead of giving him the complexity they originally hint at. Sam is conflicted on whether he should become part of Cyrus’ “family” or stay on the straight and narrow, mirroring the afore mentioned theme.  Unfortunately, some messy editing overtakes the psychological aspect of these scenes and doesn’t truly allow the audience to catch the thematic references.  Sylvester Stallone plays Sylvester Stallone very well, better than anyone, but I feel this character needed someone with a bit more finesse to take it to another level. What could have been a great three-dimensional character study of an aging superpowered being who regrets events from his past, essentially remains a two dimensional comic book hero.

Overall, I did enjoy the film and liked the subtly and the storyline.  There are some issues with direction and editing and the movie eventually loses the unique quality and just becomes another superhero film.