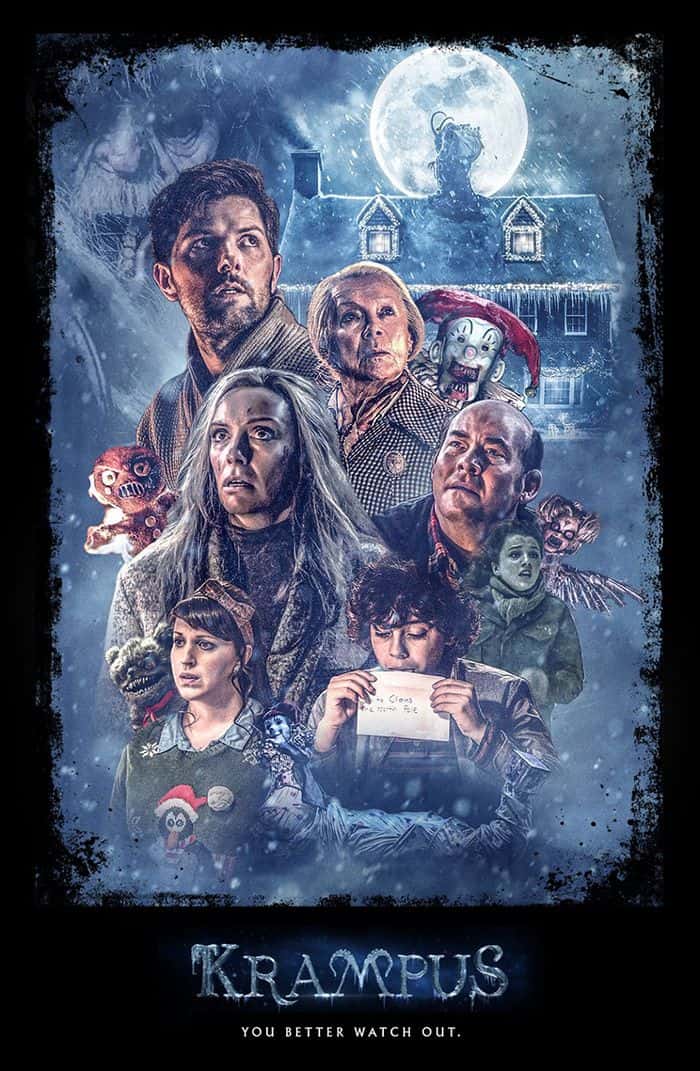 Max's dysfunctional family meets for the holidays, but is visited by Krampus instead of Santa as they have all lost the true spirit of Christmas. 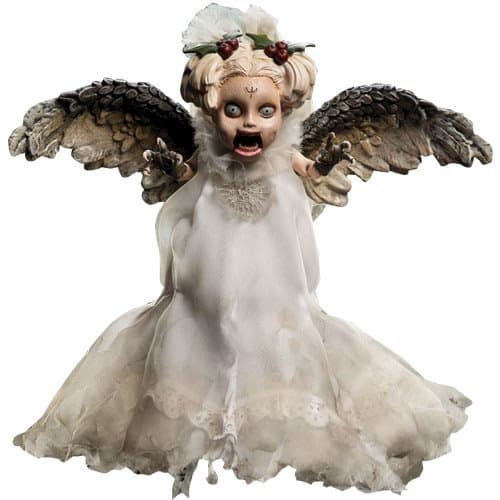 Krampus is a devil-like mythical creature of Central and Eastern European folklore.  He has pagan backgrounds and pre-dates Christianity, but the church has absorbed the legend into their own mythos and made him a type of anti-Santa Claus. On the night of each December 5th (not the 25th) Krampus accompanies St. Nicholas on his rounds to the homes of children.  St. Nick rewards the good children and Krampus punishes the bad children. 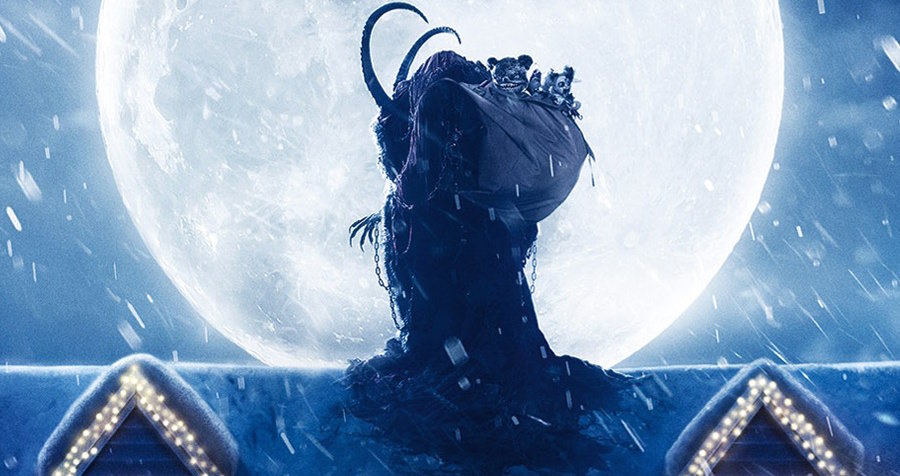 The movie Krampus takes a certain amount of liberties with the mythos and creates its own type of legend.  It isn’t just if you are bad or good, it is whether you (and those around you) have lost the spirit of Christmas from your heart.  The very nature of Christmas is the sacrifice of giving.  The opening scene exemplifies this by showcasing a shopping mob fighting over toys, people yelling and shouting and coming to blows with their fellow shoppers, fighting over stuffed animals and the latest gadgets.  Max (Emjay Anthony) loves the holiday, and every year writes a later to Santa, but this year is a bit different.  His mother Sarah (Toni Collette) and father, Tom (Adam Scott) seem to be drifting apart, his sister, Beth (Stefania LaVie Owen) has stopped hanging out with him to spend more time with her boyfriend, and the rest of his extended family just don’t understand him.  The only one who really seems to understand is Omi (Krista Stadler), his paternal grandmother.  Max just wants Christmas to be like it was.  He wants his good, loving family back.  An incident at dinner with his cousins causes Max to tear up his letter to Santa and throw it into the wind.  Thus, calling Krampus to their house and town.  Omi is the only one that really knows what is happening. 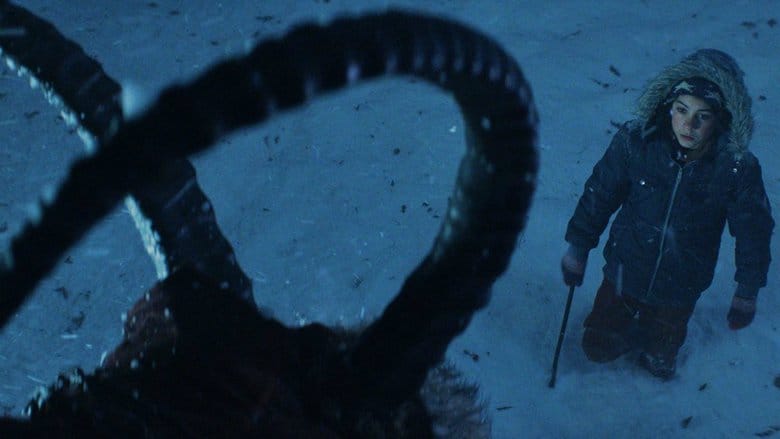 This is a horror movie with a conscience and a lesson to learn.  Most horror movies are morality tales, but this one, in particular, attempts to remind us not to lose the hope in our hearts and retain that magic that comes with the season.  There isn’t a lot of jump out scares or blood and gore, the horror is more atmospheric.  There is a lot of play with light and shadow.  Snowmen that appear out of nowhere who look a bit more menacing than Frosty ever did.  Krampus, himself, remains in the shadow for much of the movie, but once we see him, he is the distorted figure of Santa Claus but with the classic Krampus attributes: horned head, goat legs and a long tongue.  His minions are all twisted images of Christmas.  Deadly gingerbread men, a fanged teddy bear, a scary flying treetop angel and a jack in the box from hell.  It is like someone took all the best memories of Christmas and plopped them into a nightmare.  As the movie progresses and family members get taken, the remaining cast begins to reconcile and realize what was important. 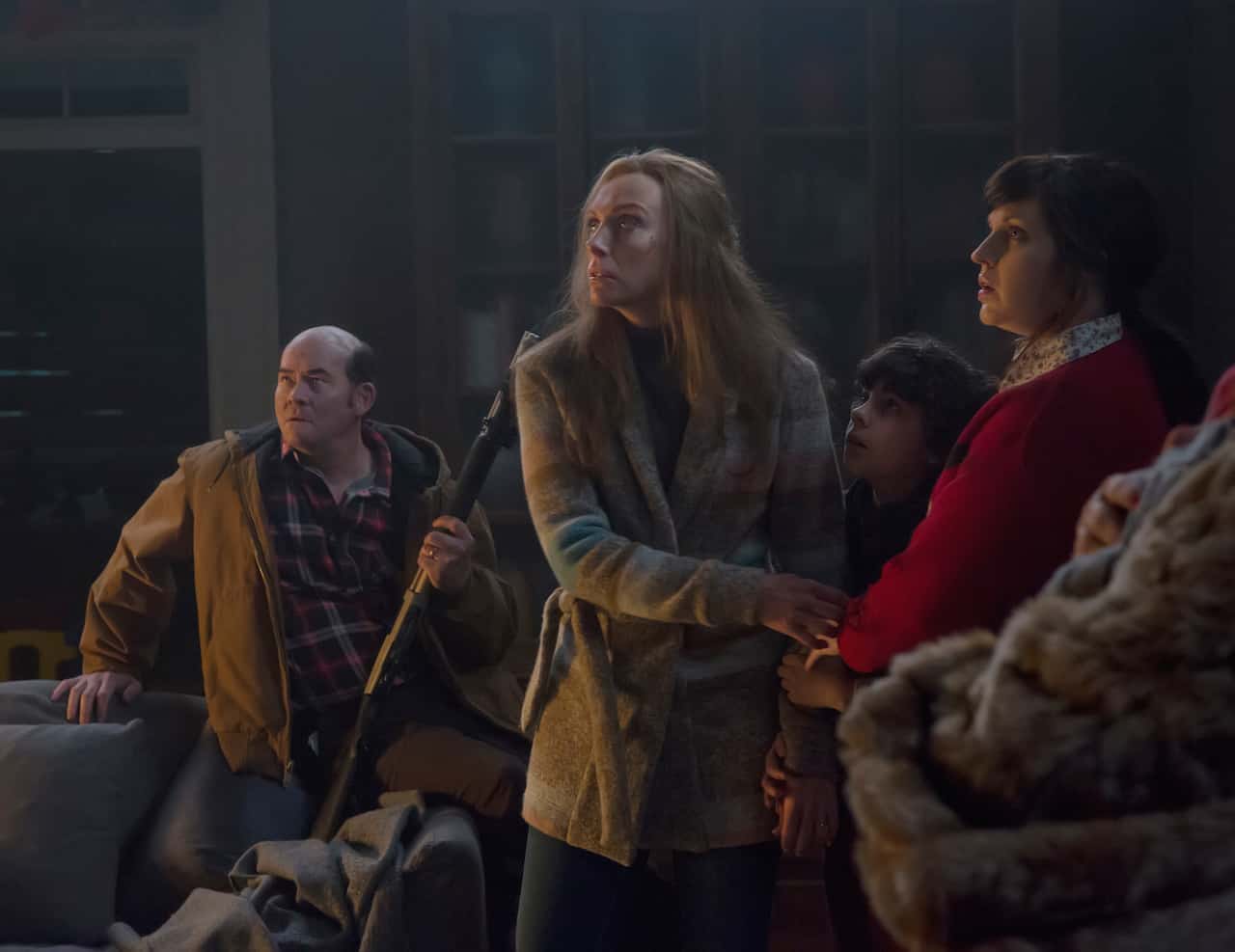 Max is the true sympathetic character of the film and is played very well by Emjay Anthony.  I have felt what Max feels in the movie.  The overwhelming want for what has past and not wanting to let go of what has been, and the loss of control over your emotions when the world just seems to be falling apart.  Toni Collette is wonderful as a woman that fights to make it look like she is the perfect mother and wife on the surface, but underneath is about to crack.  Her sister married into a different class structure, and both sisters seem to envy each other’s lives, both needing to reconcile their jealousy and realize that they are happy in their lives.  I also love Omi played by Krista Stadler.  She exudes a type of calmness and love, but also kind of fear and remorse in what had happened in the past and what she realizes is happening in the present. 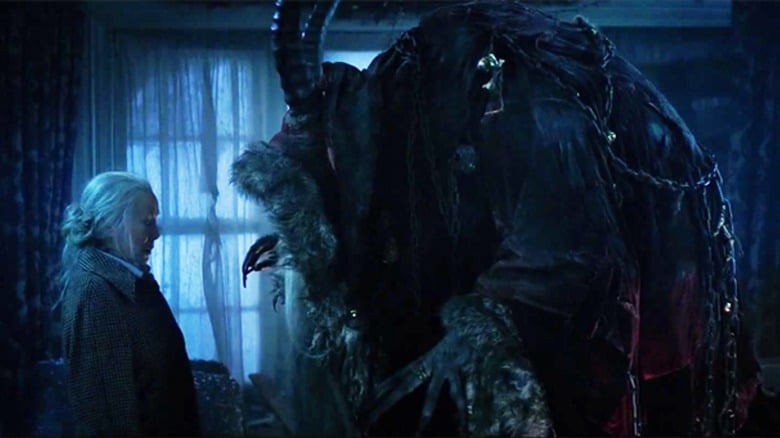 The visual effects are all well done, and the Krampus design is terrifying in its portrayal as St. Nicholas’ shadow as is all of his minions.  Nothing is more horrifying than taking a perfect memory and twisting it into a nightmare.  The music adds to the atmosphere of each scene appropriately.  The script is well written with some wonderful moments between family members.  The story flows well and the movie has a good rhythm. Krampus was directed by Michael Dougherty who brought us the Halloween masterpiece Trick R Treat.

Overall, this is a good Christmas horror film with some nice performances from the actors and a twist to the end that makes you think a bit.  I try to watch this once a year in celebration of Krampus Day!   I supposedly watched the R-Rated “Naughty Cut”, and besides a bit more swearing, I didn’t notice a difference.  There are some features that I did not see, like the alternate ending and quite a few interviews with people involved with the film.