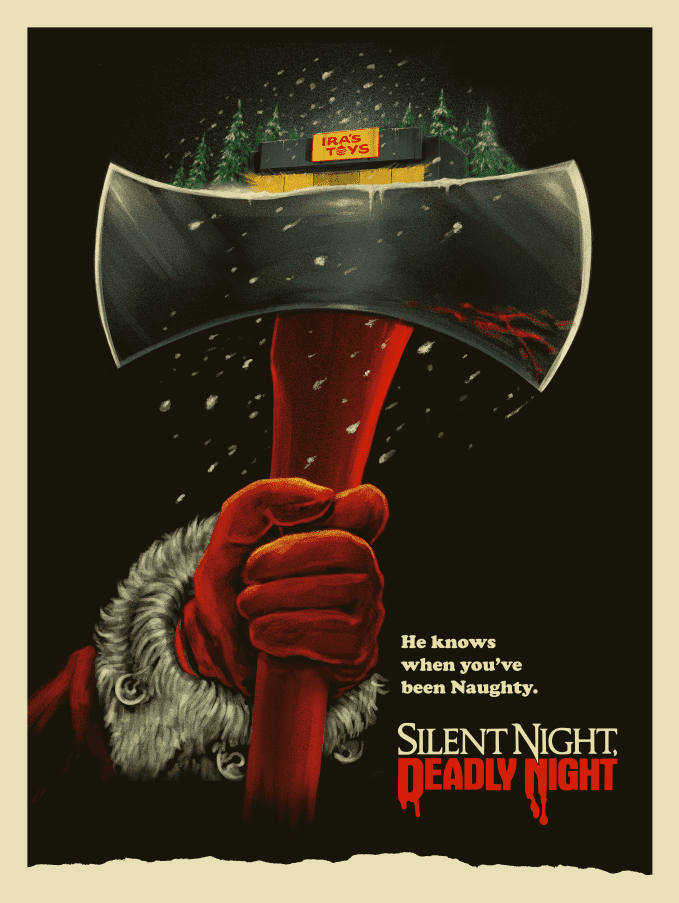 After witnessing his parents murders by a man dressed as Santa Clause, and experiencing years of abuse at the orphanage raising him, 18 year old Billy snaps and goes on a blood-soaked rampage dressed as Santa.

Having been a horror movie fan in the early 80s, when I think of a “Christmas Horror Film”, the first thing that pops into my head is Silent Night, Deadly Night.  Much of this because of the controversy that followed the original release.  The ad campaign featured the iconic image of Santa Clause coming out of a chimney holding a bloody axe.  The commercials played during family friendly shows like Three’s Company and Little House on the Prairie. Movie theatres were picketed, and the ad campaign pulled 6 days after its opening night.  The movie itself was finally pulled soon after by distributer, Tristar Pictures.  This didn’t stop the film from making a bit of a profit.  Costing only $750,000 to make, in its first ten days it grossed $2.5 million.  The film spawned several sequels, a loose remake in 2012 and a reboot is planned for 2022. 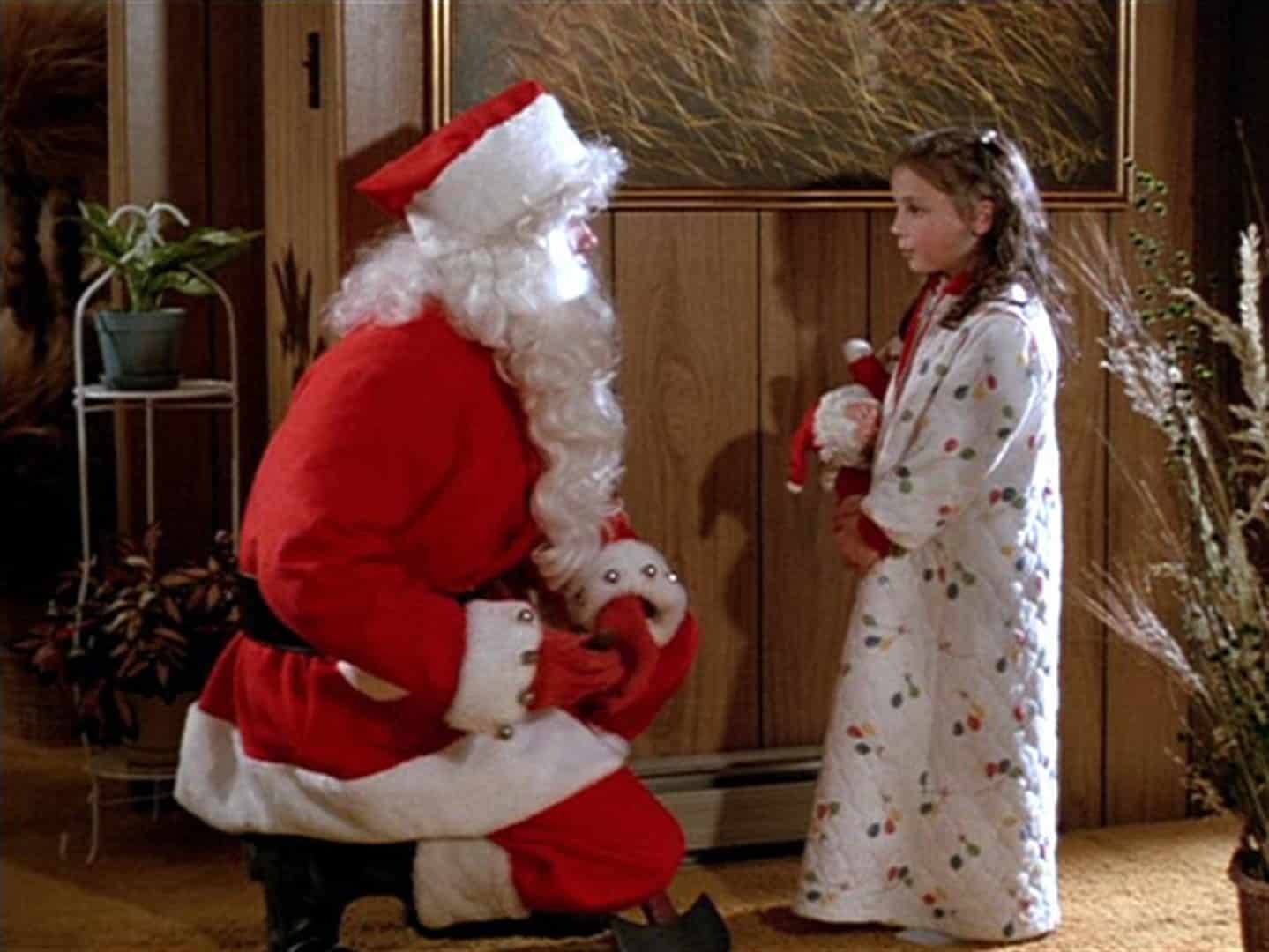 The story centers on Billy Chapman, who, when he was five, witnesses his parents brutal murder by a man dressed as Santa Clause.  Sent to an orphanage with his baby brother Ricky, Billy has trouble around Christmas time.  Now eight years old, Billy is severely disciplined by Mother Superior (Lilyan Chauvin), who believes that a whipping with a belt is the best way to treat his trauma.  This abuse goes on for years, with only Sister Margaret (Gilmer McCormick) looking out for him.  Now a young adult, eighteen-year-old Billy gets a job at a toy store, and when circumstances require Billy to play Santa Clause at the store on Christmas Eve, his mental stability can’t hold and Billy snaps and begins killing everyone who has been “Naughty”. 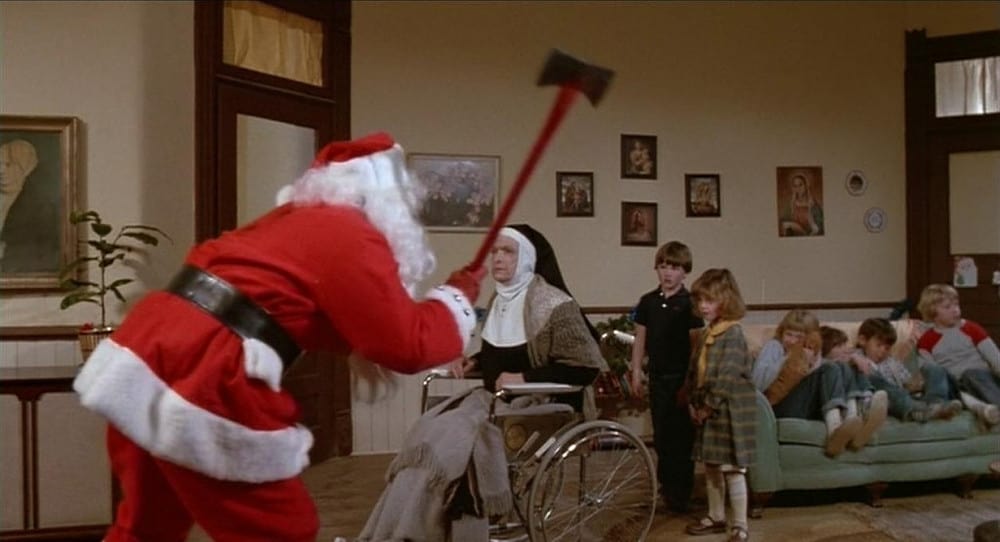 Oddly enough, this was my first time watching the film.  When it initially came out, I had no interest in seeing a killer Santa Clause or a Christmas themed horror film.  There are now a few films from this sub-genre that I enjoy.  I was surprised at how tame this movie was, having known of the intense controversy surrounding it.  Even for its time, it was less gruesome than most of its contemporaries.  The technical aspects of the film are what you would expect for a slasher flick that only cost $750,000, with a slightly above average direction and cinematography.  But I was surprised at the quality of the story.  Don’t get me wrong, this is a low budget slasher flick all the way, with lots of bare female breasts and senseless violence.  But there is a type of sympathetic connection you have for the central character. 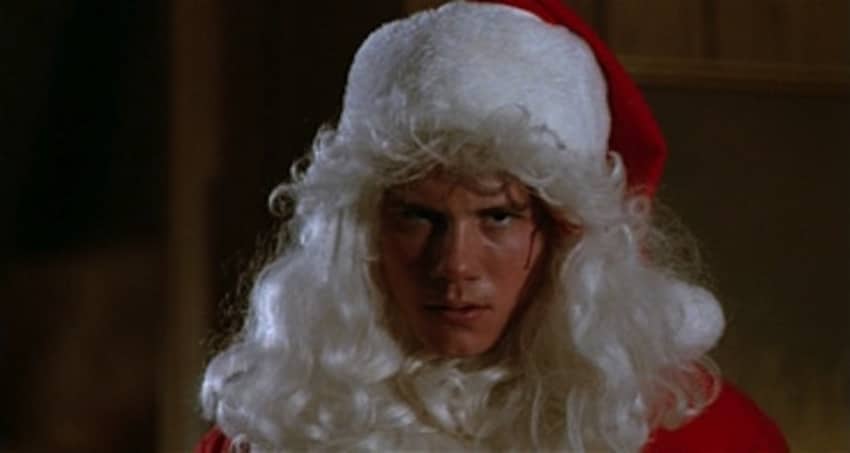 Three actors play Billy throughout the film.  Jonathan Best at five-year-old Billy, Danny Wagner at eight-years-old and finally Robert Brian Wilson as the adult eighteen-year-old who becomes the murderous Santa.  Although, you can’t condone what Billy becomes, you understand it.  Witnessing his parents’ brutal murder and then suffering years of abuse from the person who should have been protecting him, cause a schism in his mind.  There is a part of you as an audience member, that hopes Billy lives and gets help he needs and finally has a life.  Robert Brian Wilson was a great choice for the lead, he was very handsome and wholesome looking, with a kind and welcoming smile.  But once he breaks, all warmth erodes away leaving only a vacant haunting emptiness in his eyes.  Gilmer McCormack’s, Sister Margaret, is loving and caring and does all that she can to prevent Billy from slipping into his past and becoming the blood-soaked Santa.  The direct opposite of her character is Lilyan Chauvin’s Mother Superior, the real villain of the movie.  Children need love and tenderness, especially those who live through trauma.  The cold, unloving Mother Superior adds additional trauma to an already delectate psyche.   If Billy had gotten the proper help that Sister Margaret begged for, he might not have snapped.  Of course, we wouldn’t have a movie then.

Altogether, a strong entry in the Christmas Horror film sub-genre.  A surprisingly sympathetic story that leads to a murderous rampage.  Although not the first film to center on a killer Santa Clause, it is probably the best known, due to the intense controversy surrounding its ad campaign.

Silent Night, Deadly Night: Have You Been Good?