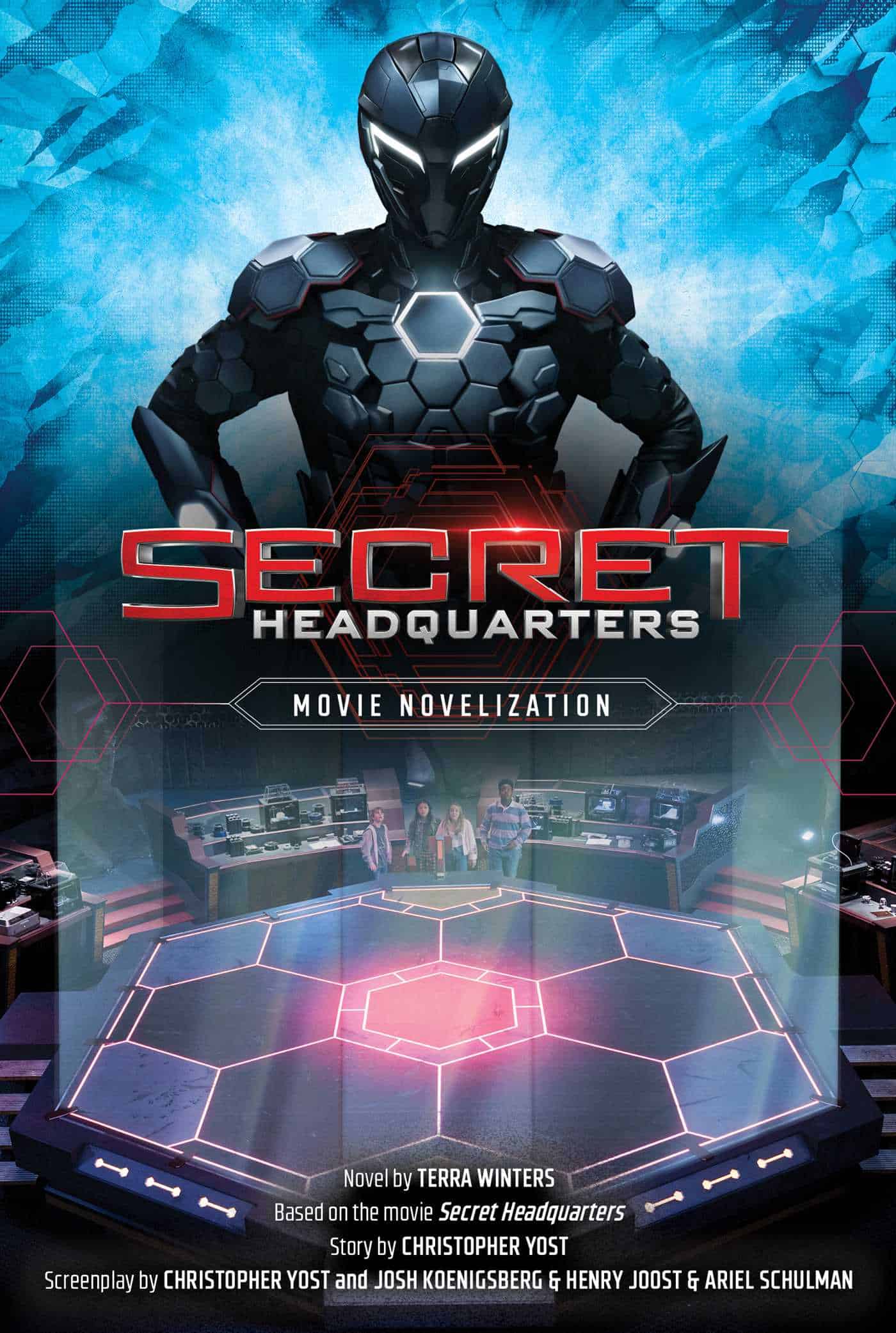 Charlie Kincaid finds his father's secret headquarters under his home making him realize his father is a Superhero.

Charlie (Walker Scobell) resents his father, Jack (Owen Wilson), for never making enough time to spend with him, always being away for work.  Charlie’s mother, Lily (Jessie Mueller) divorced his father for similar reasons.  While celebrating his birthday at his father’s house, Jack gets called away, but instead of returning to his mother’s place, Charlie invites his friends, Berger (Keith L. Williams), Maya (Momona Tamada) and Lizzie (Abby James Witherspoon) over.  Purely on accident, Charlie unlocks a secret door to an elevator that takes the group down to his father’s “Secret Headquarters”.  Jack is the superhero known as “The Guard”, having been chosen by an alien entity as the recipient of highly advanced technology.  The kids take some of the tech and use it at school, not realizing that it is being traced and putting them in danger. When a group of mercenaries attacks the Secret Headquarters later that evening, the children must ban together to save themselves and the power source that gives The Guard his powers.  Romance blooms, friendships are tested and a father restores his son’s trust. 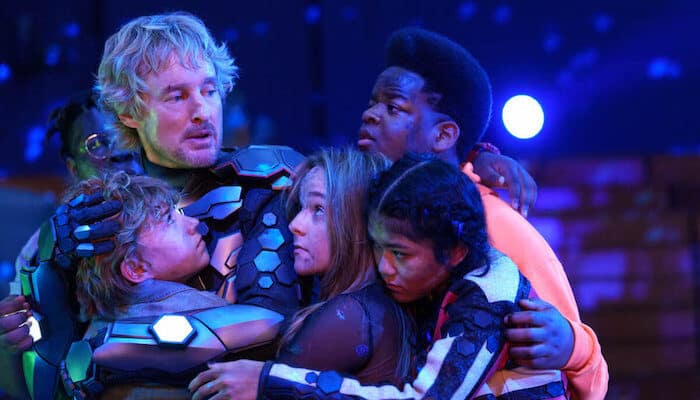 The movie has a strong cast with some good performances by Owen Wilson and Jesse Williams who plays Sean Irons, a disgraced Air Force pilot who the alien probe originally rejected.  Walker Scobell, the star of the movie, does a great job conveying his disappointment and anger towards his absent dad and the conflicting feelings he has, once he learns why his father was always gone.  The supporting cast is adequate. The visuals of the film are excellent with some great special effects and some beautifully composed cinematography. 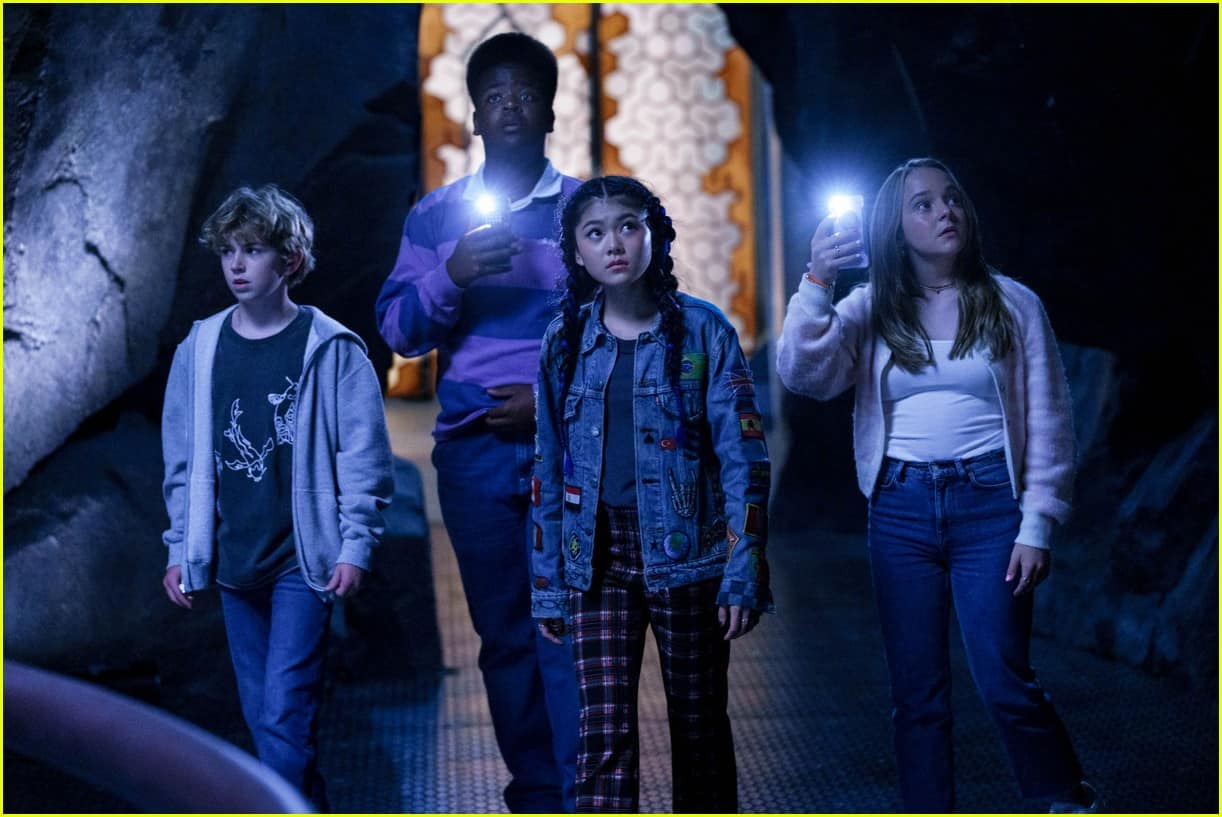 I am a fan of the family friendly superhero / action genre.  Movies like Sky High, Zoom!, Sharkboy and Lava Girl, and Spy Kids for example. Unfortunately I am not a fan of Secret Headquarters. The storyline was clichéd and formulaic and doesn’t really add anything new to the genre.  For a family friendly adventure comedy, I didn’t find it as funny as I thought it would be or as funny as a lot of movies in the same genre (see list above).  There were a few jokes that made me chuckle and some sight gags that were a little humorous, but for the most part, I feel the movie missed the mark.  The actors all had good comic timing, but the material they were given, just wasn’t that funny or they tried to stretch the joke on for too long. On the flip side, the family drama felt contrived, and I didn’t really connect with any character emotionally.  And just a warning, although not overly violent, for a PG movie there are a couple of deaths perpetrated by the ruthless bad guy, Argon (Michael Peña).

To sum up, the movie is well acted and directed with some good action sequences and special effects, but the storyline and script fall short.  The film felt long and a bit dull and added nothing new to the genre.