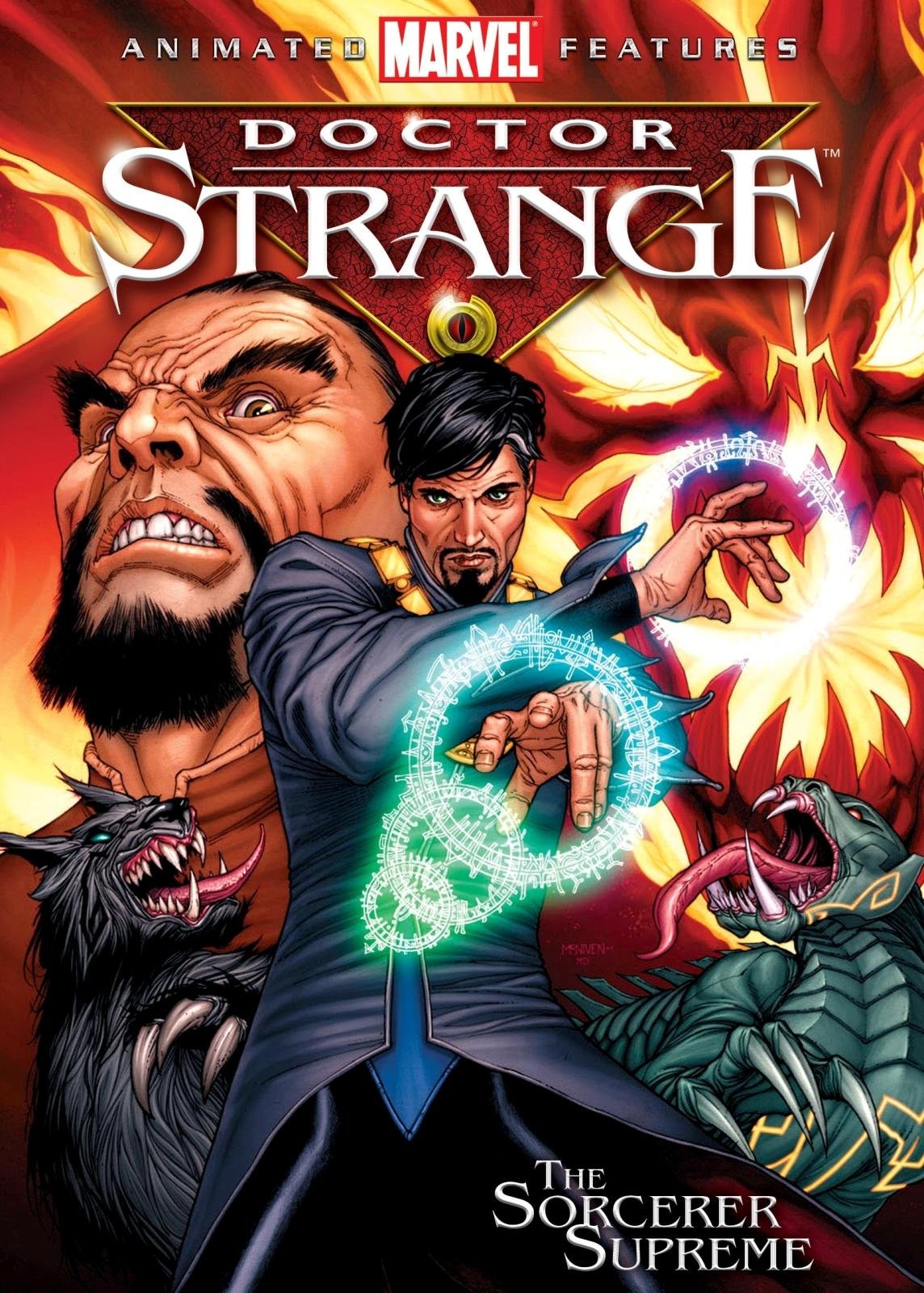 After a car accident leaves him unable to perform surgery, Doctor Stephen Strange travels to Tibet in a last ditch effort to cure himself, but finds a new calling in life as the Sorcerer Supreme.

A few years ago, Marvel struck a deal with Lions Gate Entertainment to produce a series of full length animated films to be released directly to video.  The first films dealt with the Ultimate Avengers, the fourth film in the series existed outside the “Ultimates” universe and was Doctor Strange The Sorcerer Supreme. The movie is an origin story, although altered slightly from the comics, it tells the story of the arrogant Doctor Strange (Bryce Johnson), who only cares about patience that can either bring him fortune or the ones that would bring him notoriety.  After being in a car accident that damages the nerves in his hands, Doctor Strange becomes a broken man wasting all his money searching for a miracle that would allow him to be a surgeon again.  After traveling to Tibet on the advice of a stranger, the good Doctor begins training with the Ancient One (Michael Yama) finally finding his true calling as a wielder of magic.  All his training is quickly put to the test as Dormammu (Jonathan Adams) attempts to break through from the dark dimension into our reality, culminating in a final showdown.  Can the new Sorcerer Supreme defeat Dormammu and the traitorous Mordo (Kevin Michael Richardson)? 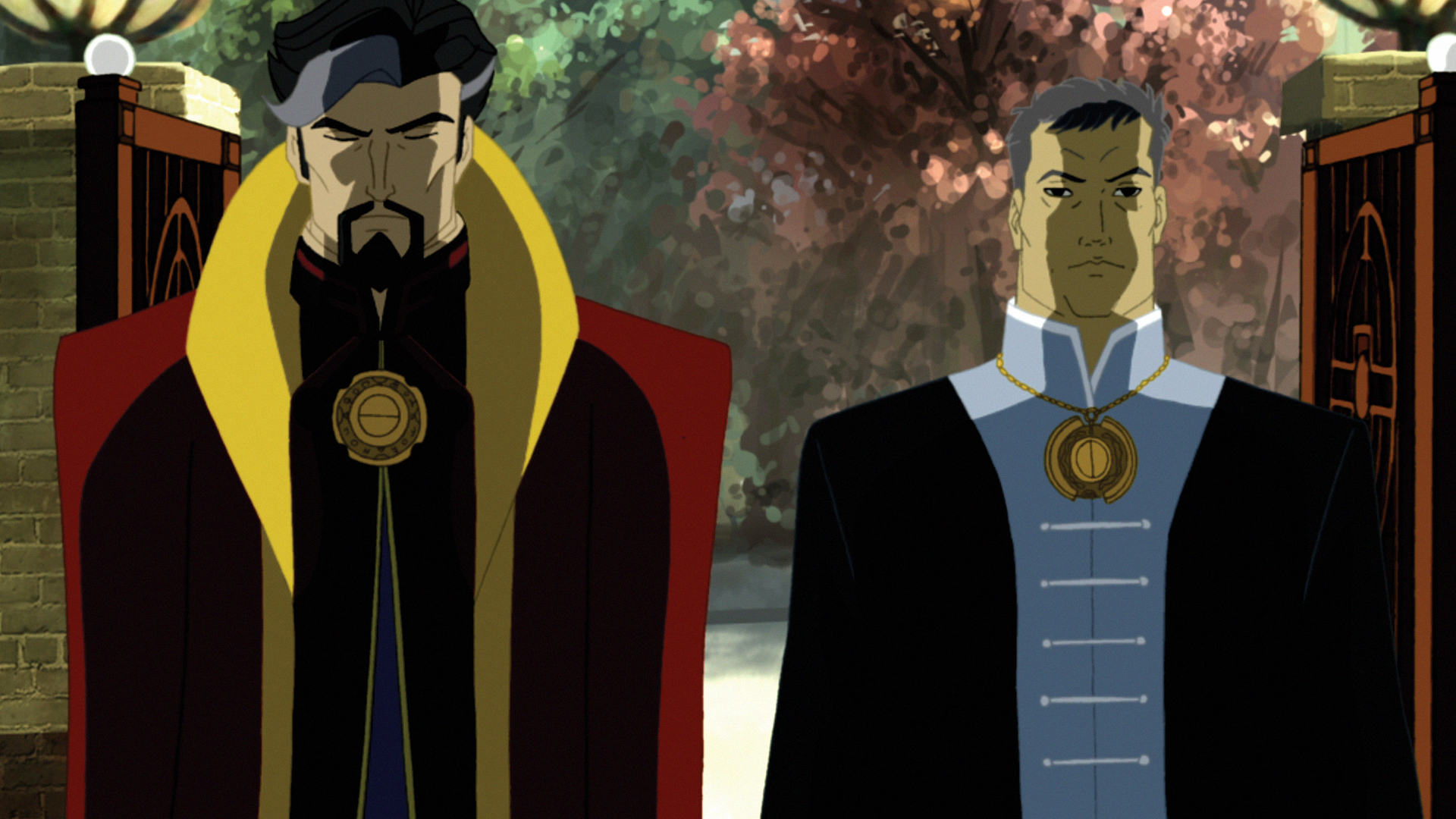 The production is quite good with some great animation and performances.  Bryce Johnson as the main hero who must fight the demons of his past to find his better self, is appropriately charming and arrogant. Michael Yama is a more classical version of the ancient one similar to the comic books as apposed to the MCU movie, wise and powerful, but whose power is quickly waning as he comes to the end of his life.  I especially liked Paul Nakauchi as Wong, Doctor Strange’s mentor and friend.  His characterization was kind and benevolent. The animation was quite good with some wonderful use of color and light.  There was plenty of action and adventure as well as drama. 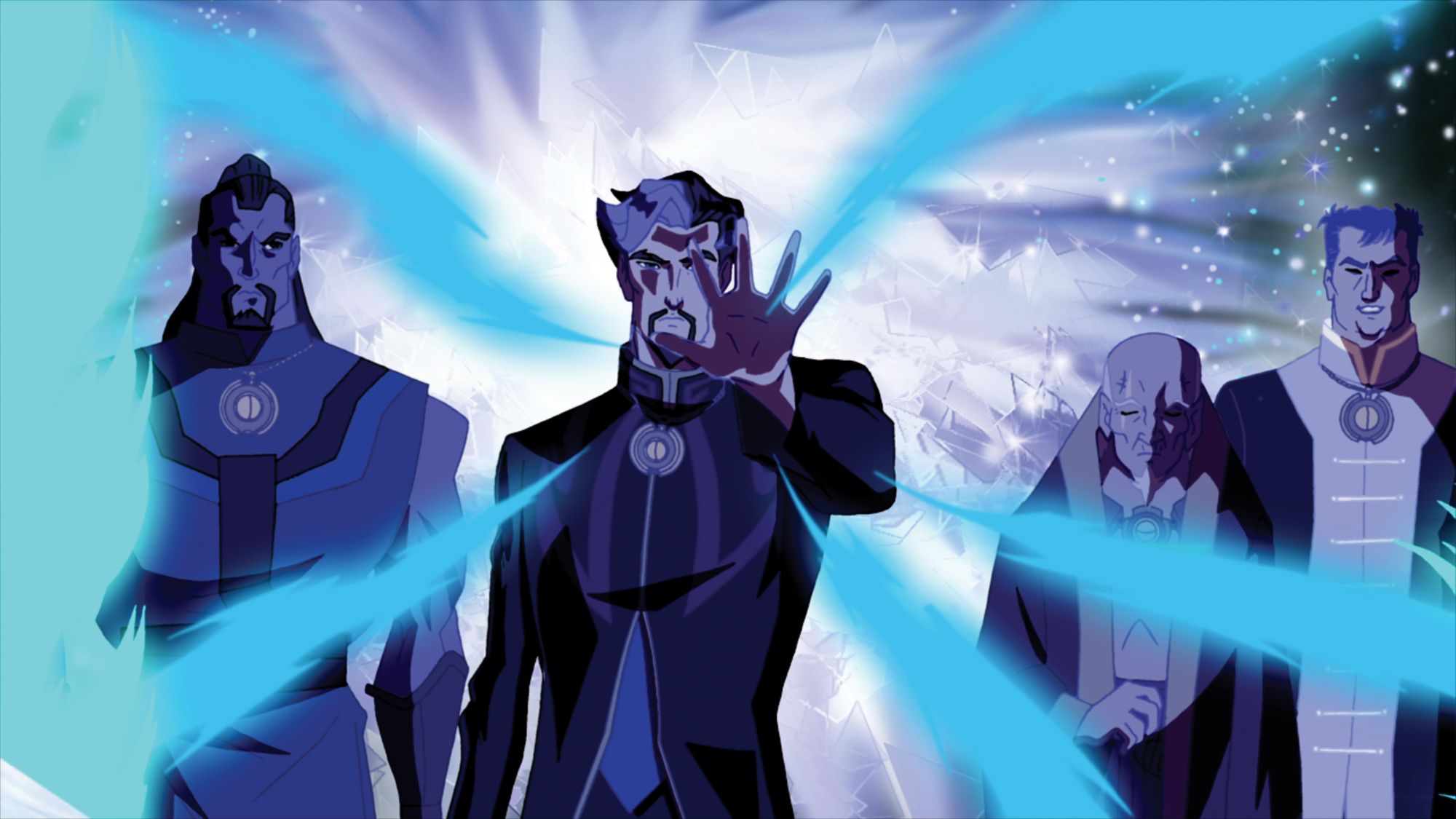 Overall a very entertaining film, but that is not to say it was perfect.  Like many origin stories, the production tried to cram too much into one film spending a bit too long on the back story and Strange’s training and back story leaving the passing of the mantel of Sorcerer Supreme feeling abruptly rushed with a sense that Doctor Strange has not really earned the title yet. There were quite a few sword fights in the film, which, in my opinion never looks quite right in animation as the pacing is always a bit off. And finally, Kevin Michael Richardson’s Mordo was the classic cartoon villain, a bit too gruff and mean with little complexity lessening the emotional impart when he changes sides and begins working with Dormammu.  But all of these issues are small and did not take away from the quality of the film.

An entertaining film with good voice talent, and interesting story and colorful and dynamic animation.