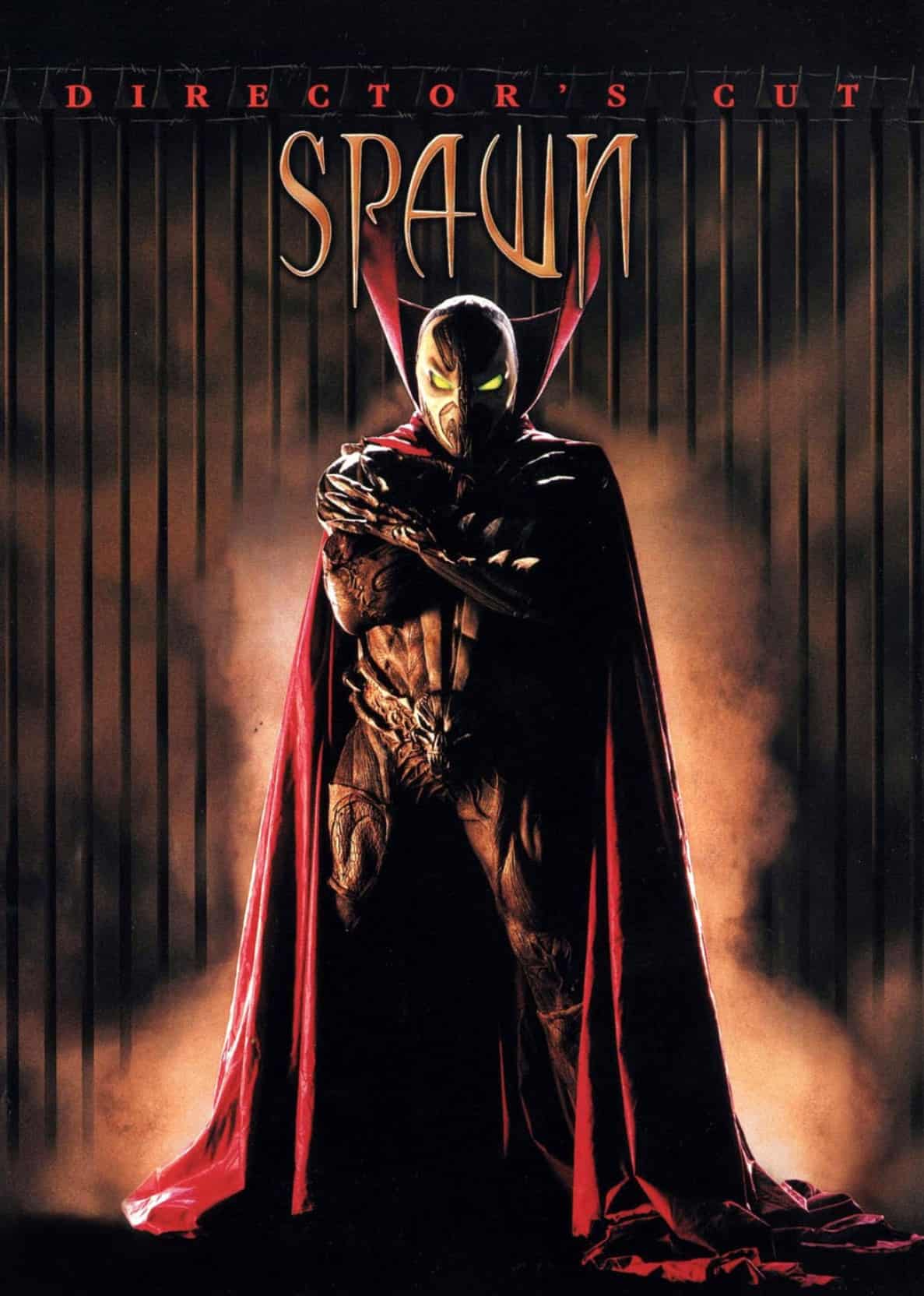 "Imagine a creature on the verge of creation. From comic book legend Todd McFarlane comes the live action special-effects movie event of the year - SPAWN! Michael Jai White, John Leguizamo and Martin Sheen star in a battle beyond good, beyond evil and beyond imagination."

After releasing in theaters in 1997, Spawn grossed over $87 million on a budget of $45 million, but received a mixed reaction from critics at the time. Now, over 20 years later, the film has become a cult classic among the fandom with it's over-the-top dark and violent 90's era tone.

Looking back at Spawn from today’s perspective in our comic book film saturated world, it’s easy to point out where the film came up short and how it should have done things differently. It’s outrageous design and experimental digital visual effects firmly set the film in a 90’s action-horror category that many just don’t revisit all that often.

But for Spawn fans around the world, the film is a testament to the character’s enduring popularity and potential to stand firmly among the most revered comic book characters that have made their way into mainstream culture.

While there is a lot of exciting news surrounding the Spawn franchise right now including the record breaking Spawn #300 and #301 comics and of course the new film from Todd McFarlane himself featuring Jamie Foxx as Al Simmons/Spawn and Jeremy Renner as Detective ‘Twitch’ Williams, I want to dive into the 1997 film to emphasize why I keep coming back to the movie every October and how it can help future attempts to translate the comics on film. The dark humor and all around grossness mixed with some uniquely campy acting makes for a fun experience, but it’s Spawn himself that makes this movie worth watching.

The character has always had a strong design thanks to creator Todd McFarlane. He embodies action-horror with his spiked gothic armor, massive flowing cape and deadly chains for weapons, topped off with flashes of necroplasm that fuels the symbiotic suit to bring in a comic book aesthetic. Opposite a disgusting depiction of the Clown also known as Violator, if there is one thing this movie definitely has, it’s interesting and terrifying character designs.

Is it full of cheesy dialogue and less than desirable CGI like you remember? Absolutely so. This is by no means a defense of the film’s overall execution, instead, it should show what can be left in the 90’s and what could actually work for the new film and other potential projects in the future. There are more than a few horrifying scenes that aren’t rooted in pure digital effects and those give the movie just the right edge it needs to pull you back in on repeated viewings. The cinematography wasn’t revolutionary, but it did inspire a visual aesthetic for the character that could in fact work on film.

In other words, this film showed Spawn can be done outside of comics.

If you can accept the campiness of Spawn, it’s a movie that is perfect for October Halloween movie nights when you need a break from the typical slashers and spooky ghost stories. It’s a comic book movie through and through, and not unlike Blade featuring Wesley Snipes, the action-horror foundation makes for an entertaining experience. Michael Jai White and John Leguizamo have made public comments regarding the film’s overall execution and how it could have been improved, but their performances injected Spawn and the Clown with a characterization that I believe still impacts how we see the two characters as an audience. They created some truly memorable moments together.

It’s okay to like a movie that isn’t technically good. And I know that is a shocking concept especially in an apparent “review” but it’s an important approach to establish before hitting play on Spawn. This is not going to be the best movie you’ve watched, but it definitely will entertain. It’s an action-packed movie that is rooted in horror, definitely earning it’s R rating. And with any luck, it will get you interested in a horror character that has a brilliant run of comics to explore, an Emmy award winning HBO animated series and a dedicated fandom that is a lot of fun to be apart of!

Spawn (1997) is a product of the over-the-top dark and violent tone of it's era, but is well worth revisiting for your late Halloween movie night binge if you can come to terms with it's shortcomings.