The beginning of the 1940s saw filmmakers still employing Technicolor and the effects of Georges Méliès. New technology would include faster film and an update to the glass-matte painting technique. One of the first films to employ this was The Thief of Bagdad. A remake of a silent film, produced in 1924, this newer version would feature several new techniques in filmmaking and special effects. 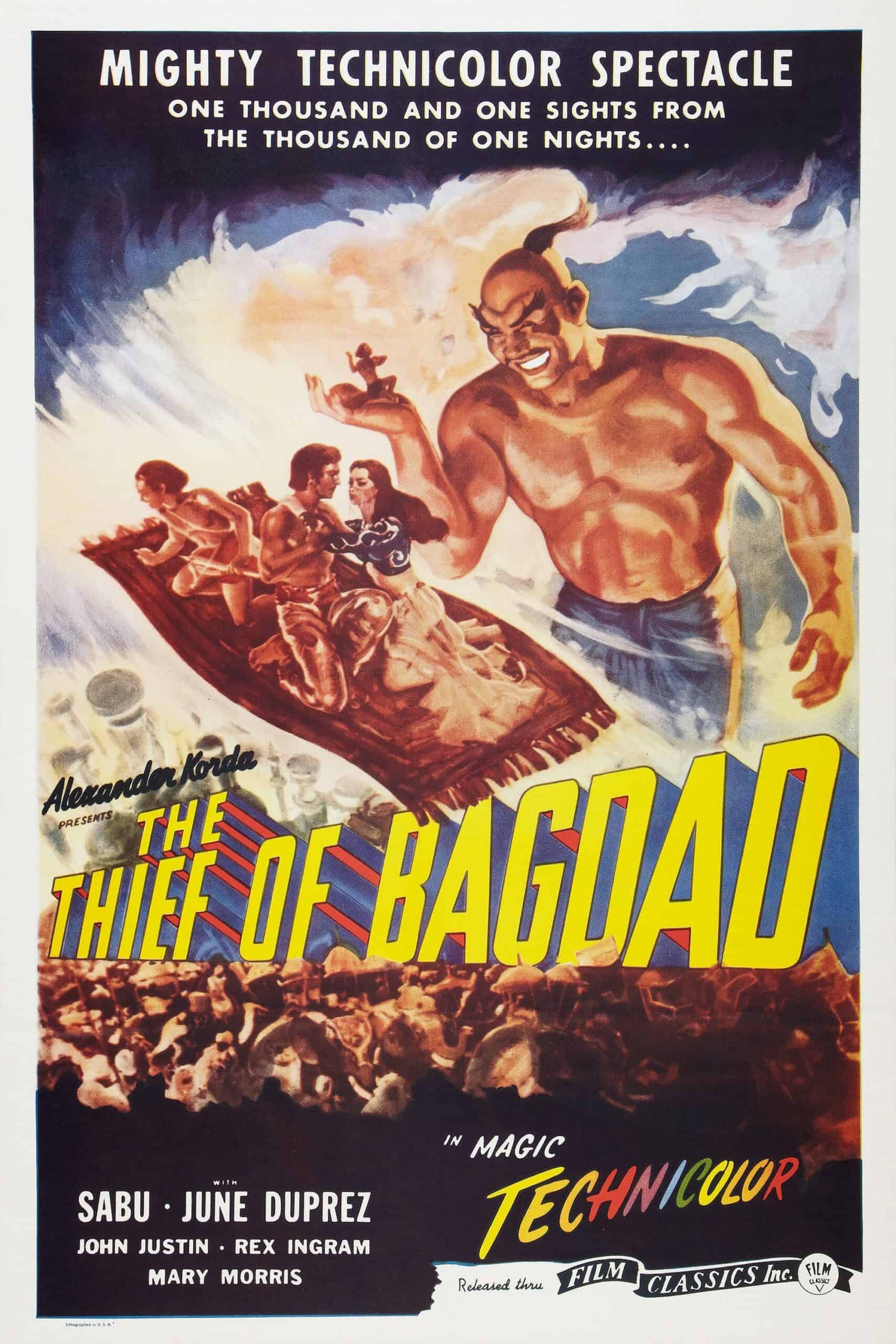 One of the primary techniques was painted mattes which could simulate movement, called traveling mattes, which would allow for much more freedom of subjects.

Having worked on the 1933 film, King Kong, special effects pioneer, Linwood G. Dunn would join another special effects artist, Lawrence W. Butler to create some of the most groundbreaking effects of the entire era.

Prior to this, Dunn worked for RKO Radio Pictures. The rotating RKO tower, used in all of the RKO films, was Dunn’s work. “Wipes,” the transitions resembling the blade of a windshield wiper, were developed by Dunn. Much later, in 1965, Dunn would photograph the starship, Enterprise, for Desilu studios and the shots would be featured in the Star Trek television series. 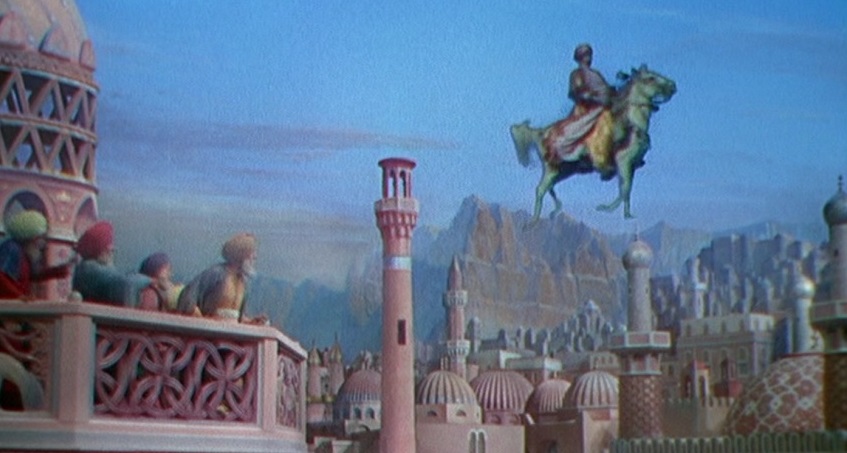 One of the most well-known scenes in The Thief of Bagdad was created through a process where certain colors were removed from filming. Bluescreening, created by Butler, would later be called Chroma-Key. With bluescreening, Butler combined traveling mattes which showed a genie escaping a bottle. Other effects included a magic carpet, a tremendous spider, and a six-armed mechanical assassin. 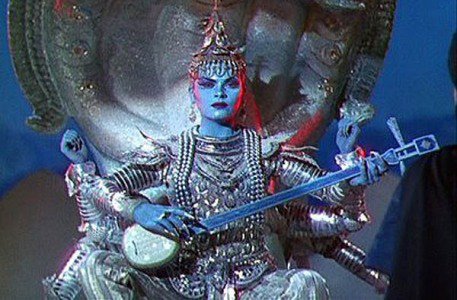 The Thief of Bagdad was nominated for the Academy Awards in three different categories, cinematography (Color), special effects, and art direction (Color). Because of its exceptional quality, it swept all three categories. Butler won the Academy Award for Best Special Effects for The Thief of Bagdad. The film is said to have achieved the highest standard of special effects of its time, even though it was not nominated for Best Picture. 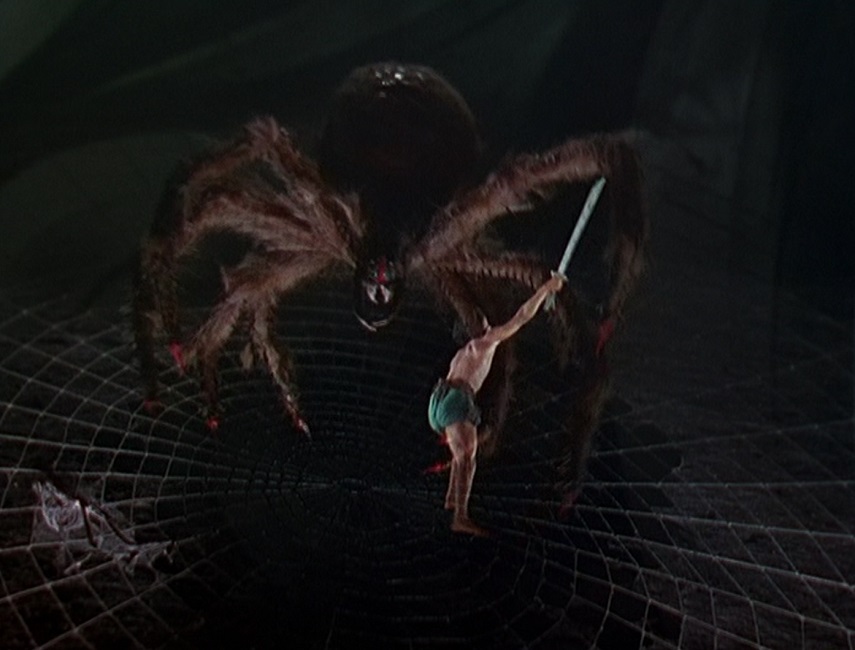 In 1941, Orson Wells produced, directed, and starred in Citizen Kane. Elements of the film set it apart, in terms of special effects. One subtle effect was lighting. High-contrast lighting, paired with unconventional camera angles, gave the film several distinctive shots reminiscent of German Expressionists. Backlighting and shadow were also used to duplicate this effect.

Lighting, combined with sound, helped the film’s flashbacks, flashforwards, and other techniques, as well. Also used in Citizen Kane were transitional “wipes,” which helped to give the film its non-linear feel. Painted and traveling mattes and miniatures, superimposed into certain scenes, were also used. While not as flashy as some of its counterparts, Citizen Kane was considered to be quite innovative.

Director Josef von Báky adapted a story by R.E. Raspe about a baron who was an expert on the telling of tall tales. Munchhausen, or The Adventures of Baron Munchhausen would be released in 1943 and would feature dancing wardrobe pieces and the title baron riding a cannonball through the sky. It would also feature a hot-air balloon which would land on the moon and a life-like oil painting. 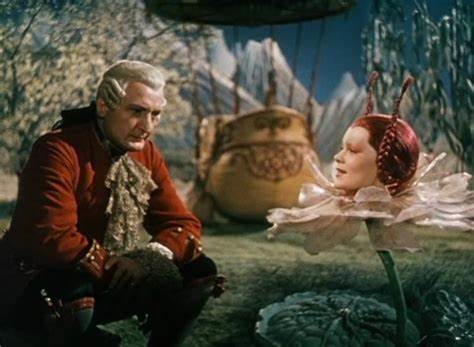 Marianne Simson, a German dancer and actress, made her film debut in 1935. She portrayed the Moon Lady, one of two characters the Baron Munchhausen meets while visiting the Moon. She exists as a disembodied head. 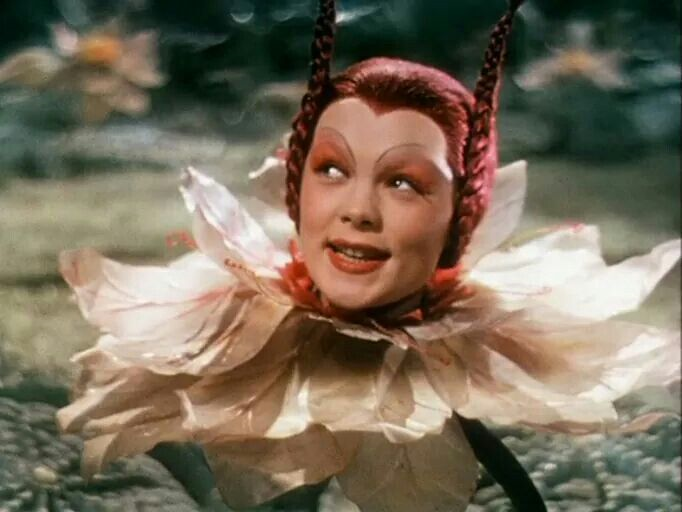 With a budget of over $4.5 million dollars, the ambitious film took its inspiration from Gone With the Wind and the animated, Snow White and the Seven Dwarves. Báky was also inspired by The Thief of Bagdad and the production reflects this. The budget for the film increased to $6.5 million and included elaborate costumes, location shots in Venice, and a dinner scene with gold and silver tableware.

A remake entitled, The Adventures of Baron Munchhausen would be made in 1988 with a lot of the same special effects used in the original. 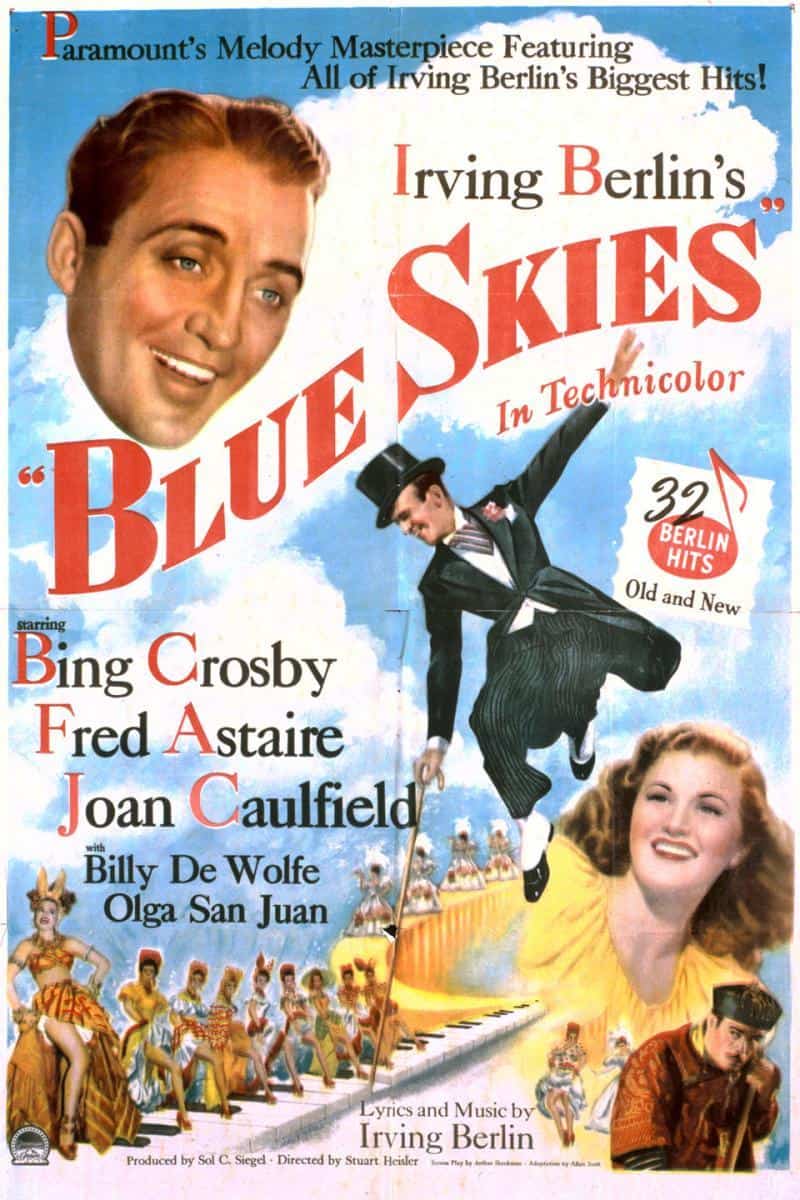 1946 featured a film by Paramount with dancer, Fred Astaire, called Blue Skies. This film is not one many might associate with stand-out special effects. In one of the dancing sequences, however, Astaire dances in counterpoint with ten of his clones in a chorus line. This sequence was produced after the film had been finished and, according to Astaire, took five weeks of “back-breaking physical work” to prepare. Astaire used a cane in the dance, which he made “jump” by utilizing a concealed floor-trigger. The song, Puttin’ on the Ritz,  (written by Irving Berlin in 1930) would be associated with Astaire from this point forward.’ 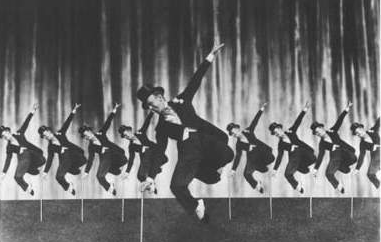 Blue Skies would be recognized by the American Film Institute in 2006 as one of AFI’s Greatest Movie Musicals. The film earned almost $5 million in 1946, according to Variety.

Mighty Joe Young, a film released in 1949, was one of the best examples of special effects of the time. It was also the first feature film to utilize the animation skills of Ray Harryhausen. 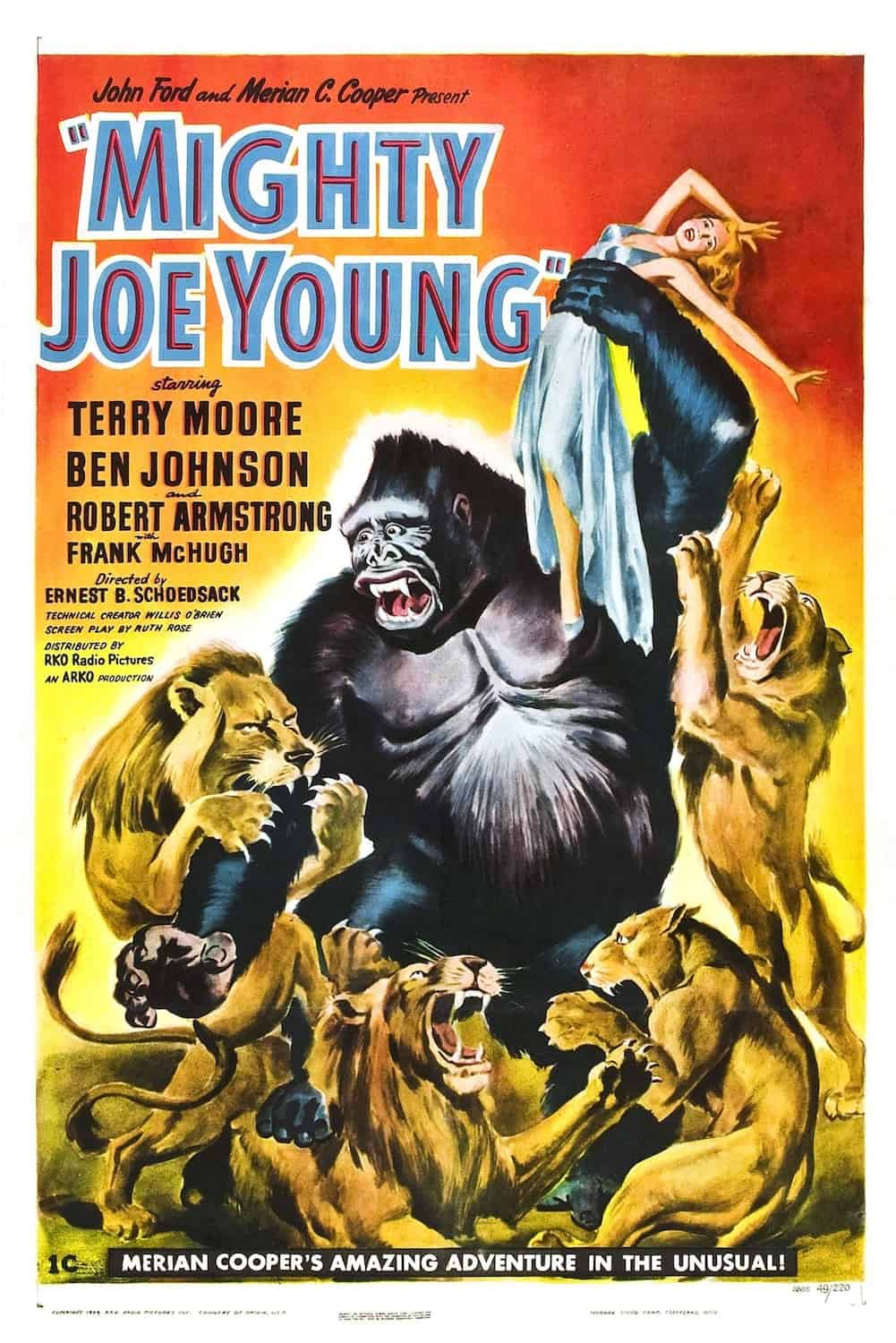 The direct connection to 1939’s King Kong came in many forms. Willis O’Brien, the creator of the animation for King Kong (and The Lost World) served as supervisor for Mighty Joe Young‘s stop-motion-animation. Harryhausen served as O’Brien’s film assistant. Marcel Delgado constructed the lead character of King Kong and his models and animation were used for Mighty Joe Young. This film would also be the final animation film for O’Brien.

The production of Mighty Joe Young took nine months to shoot but the animation took a full fourteen months. When completed, the various animations were paired with live-action models and filmed with rear-projection effects. The gorilla used in the film was comprised of seven different models ranging from five to eighteen inches high. This would lead to one of the film’s only criticisms, the varying height of the lead versus the height of the gorilla. The gorilla models were comprised of foam rubber, cotton, and over one hundred and fifty moving parts.

The animation and production for the stop-motion portions were much smoother and much more sophisticated. Many critics agree, the sequence involving the burning orphanage was one of the best examples of stop-motion animation in a film. 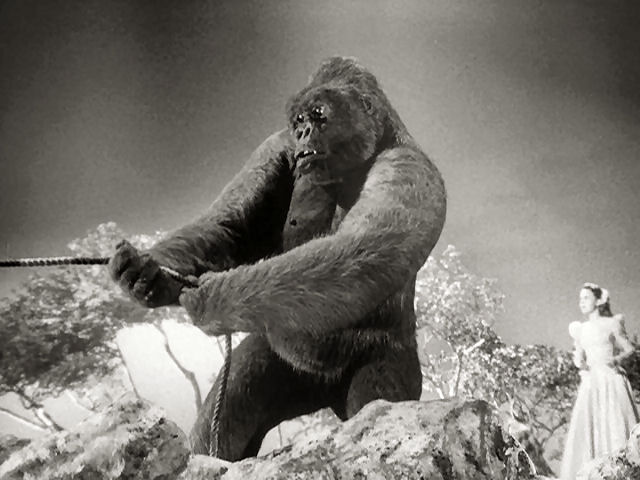 Mighty Joe Young was awarded an Academy Award for Special Effects the year of its release. Unlike King Kong, which enjoyed several profitable rereleases, however, Mighty Joe Young did not do well at the box office. In fact, it was seen as a failure (by RKO) with a loss of over six hundred thousand dollars. In spite of this, the film stands as one of the best special effects films with its stop-motion being described as some of the best in cinematic history.

O’Brien’s assistant, Ray Harryhausen, would go on to be one of the greatest pre-CGI special effects creators in all of fantasy films.