Special effects in film continued to improve as the 1950s began. A top film of the time, The Day the Earth Stood Still, presented a story modern audiences have seen over and over. A ship from outer space lands in Washington and its occupant is injured by a fearful soldier. The visitor’s robot, Gort, then destroys the surrounding weaponry. The film produces one of the most recognizable phrases in the science-fiction genre, “Klaatu, barada nikto.” 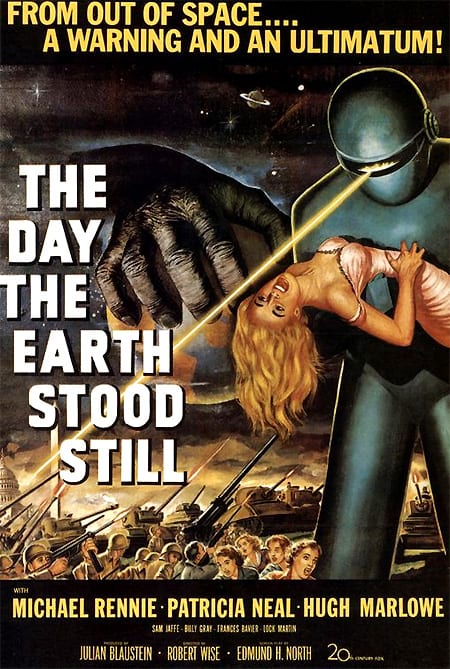 For 1951, the special effects for the film were also memorable. The landing of the ship is one of the film’s best effects because it is, in comparison to other films of the time, understated. Director, Robert Wise, knew the importance of integrating the effect into the film’s documentary-esque feel so the scene is shot in a kind of low-key lighting. Filming in black and white lent itself to the documentary feel. 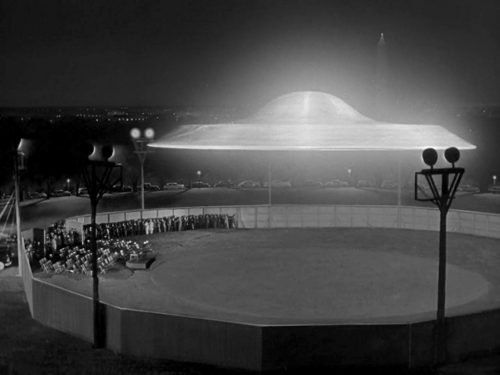 The ship, itself, was constructed from wood, wire mesh, and Plaster of Paris. The door of the ship was sealed with a clay-like putty, then painted over. This made the ship appear seamless. In the scene where the door opens and the ramp extends, the putty is pulled apart. To make it appear as though the ramp retracts and the door closes, the scene was just reversed. Film tricks and distance made for one of the best special effects of the time. 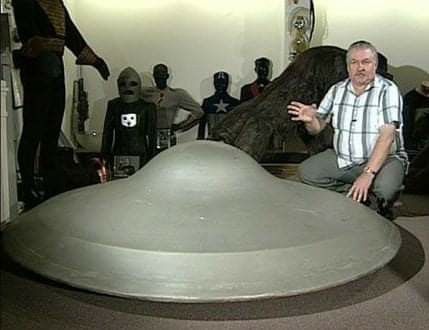 The Day the Earth Stood Still is credited with being the first film to feature “flying saucers.”

Another impressive effect is the appearance of Gort, the robot companion. Uncredited for his work, Melbourne A. Arnold built the giant robot. Wise chose the actor, Lock Martin, because of his uncommon height of 7’4. Martin had been working as a doorman at Grauman’s Chinese Theater in Hollywood. While not a typical special effect, Martin’s height proved to be quite the impressive visual. Michael Rennie, who played the film’s lead, Klaatu, stood at 6’3. 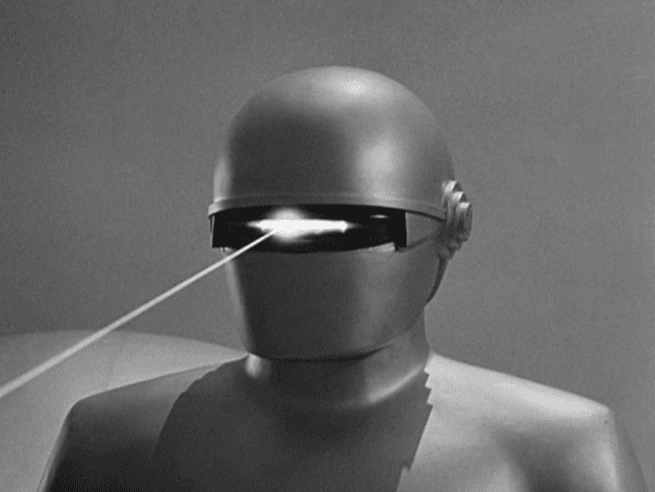 Even though Martin possessed height, he did not possess physical strength. In one scene, Gort must carry an unconscious Helen Benson up a ramp. A stand-in dummy was used in place of actress, Patricia Neal. A fiberglass stand-in for Gort was made for the scenes in which the robot stood on the sloping ramp of the space ship. Three different Gort suits were built for different scenes, one made from a flexible kind of rubber. Behind Gort’s visor was a thick block of acrylic, which distorted the light and gave Gort a more mysterious look. 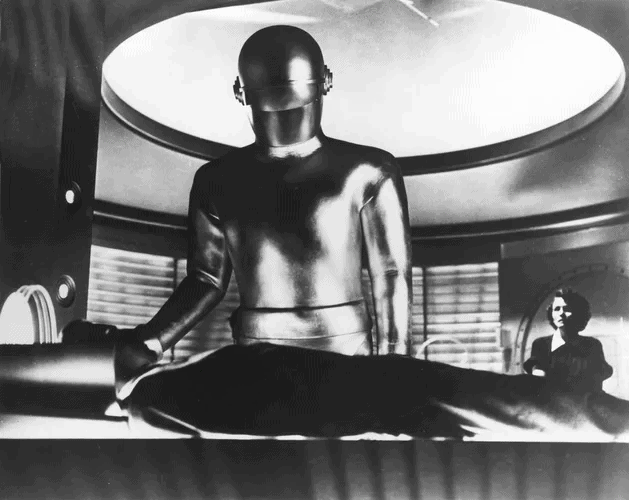 Even though Klaatu and a young boy travel to Washington’s Lincoln Memorial, none of the film’s actors ever went to the actual site. Instead, the actors were shot in front of background stills. Leo Tover, the cinematographer for the film, chose a kind of expressionistic style for the overall feel. This was not typical for science-fiction and set the film apart from others of its kind.

An unconventional effect of the film came in the form of its music. Bernard Herrmann, a noted composer for Alfred Hitchcock films, used a device called a theremin to achieve a unique sound for the score. Theremins are an electronic musical instrument comprised of two metal antennas which “sense” the player’s hands in order to modulate frequency and amplitude. 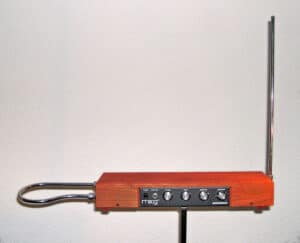 The sound would be imitated by vocalist Loulie Jean Norman, and later by Elin Carlson, in the original Star Trek series.

The Day the Earth Stood Still made a little over $2 million dollars and would be remembered as a science-fiction classic. It would also be a sort of marker for other films of the time. An interesting point of trivia, the film starred Frances Bavier as Mrs. Barley. Bavier would later be synonymous with her role as Aunt Bea (or Bee) in The Andy Griffith Show.

Also released in 1951, When Worlds Collide featured some of the best “disaster” effects. Called “a doomsday parable for the nuclear age of the 50s” by writer, Melvin E. Matthews, this film showed what could happen when our world faces its end. In the film, a large planet named Bellus, along with a smaller planet named Zyra (or Zira), are on a collision course with Earth. 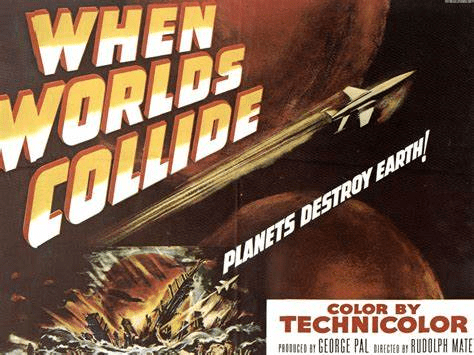 What follows is a visual marvel, for the time. Producer, George Pal (and an uncredited Cecile B. DeMille) found some of the best effects people to work on his film. Harry Barndollar is credited with effects, along with Gordon Jennings, Tim Baar, Dick Webb, and Barney Wolff. Through the use of miniatures, camera close-ups, and painted backdrops, they would create earthquakes, floods, and volcanic eruptions. With the help of convincing miniatures and glass-matte painting, they would even creating a sinking New York. 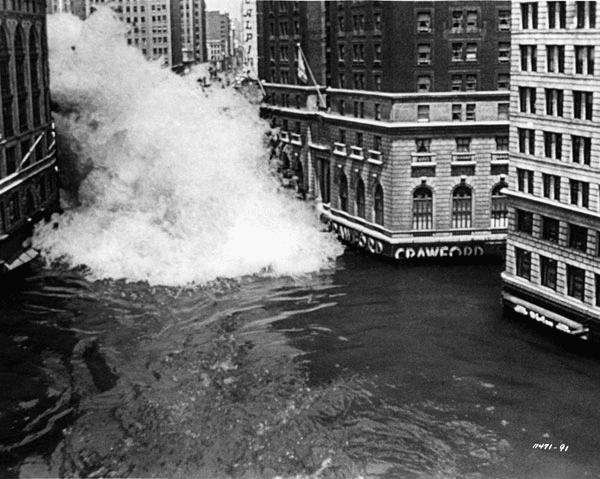 Because of a small budget of about $900,000, much of the scenery would be painted. There are many rumors about this, most saying the scenery was meant to be a placeholder for the actual effects. Whether they were or not, the pastoral landscapes of planet Zyra provide watercolor backdrops. What has fans questioning this choice are the high city walls on one portion and the pyramid-like structures in the distance. 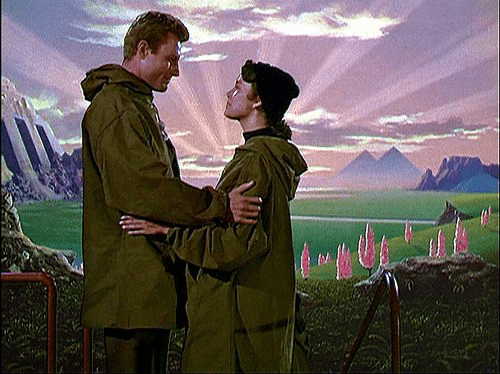 Rocket developer and enthusiast, Dr. Wernher von Braun, worked on rockets for the U.S. Army. Von Braun would also help design the Redstone and Jupiter ballistic missiles for the Army. He would be asked to consult on the rocket ship’s design for the ship which would be constructed to save the lottery-winners of Earth. 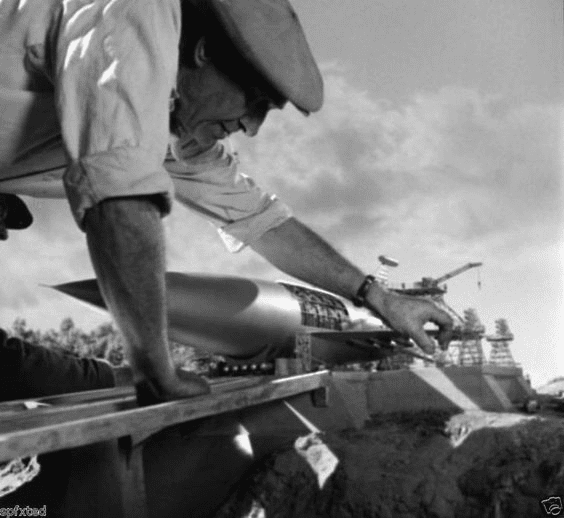 When Worlds Collide received an honorary Academy Award for Special Effects. Later, in Star Trek II: The Wrath of Khan, two of the cargo crates in the Genesis cave were labeled “Zyra” and “Bellus.” 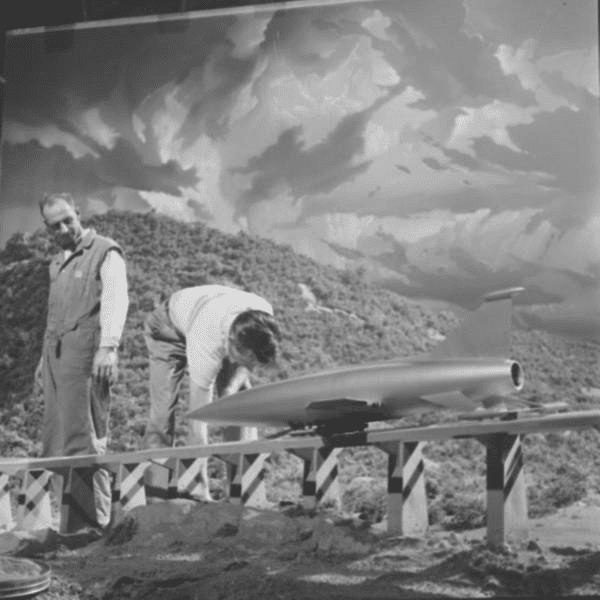 As film technology evolved, one of the techniques to emerge was the three-dimensional effect. To achieve this effect, two stereoscopic slides, one red, the other green, were projected at a rapid speed. Audiences wore glasses fitted with films of the same colors to achieve the effect. 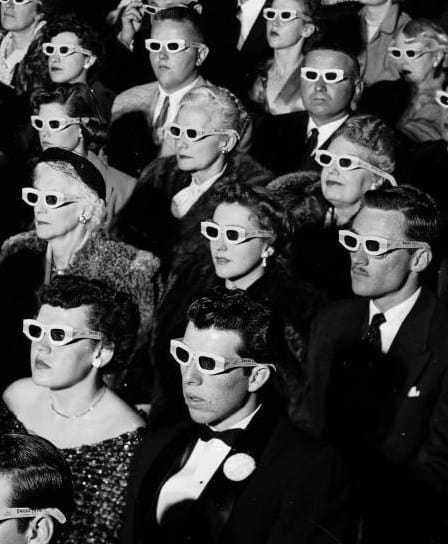 House of Wax, released in 1953, is often credited as the first 3-D color feature film to be released by a major American studio. Its opening is of a huckster using a paddle-ball (a ball attached to a paddle by a string) and a monologue about the exhibit. He delivers the monologue while addressing the audience. “Watch it, young lady,” he says, breaking the fourth-wall. “Careful, sir, keep your head down…” 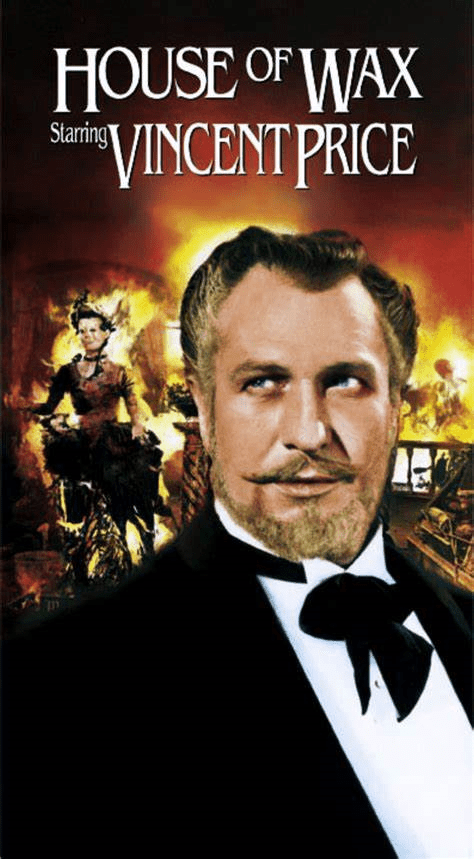 In addition to its 3-D effect, House of Wax would also be one of the first films to use stereophonic (or just “stereo”) sound. Today, this is a commonplace (and often, expected) feature but for 1953, the addition was seen as state-of-the art. 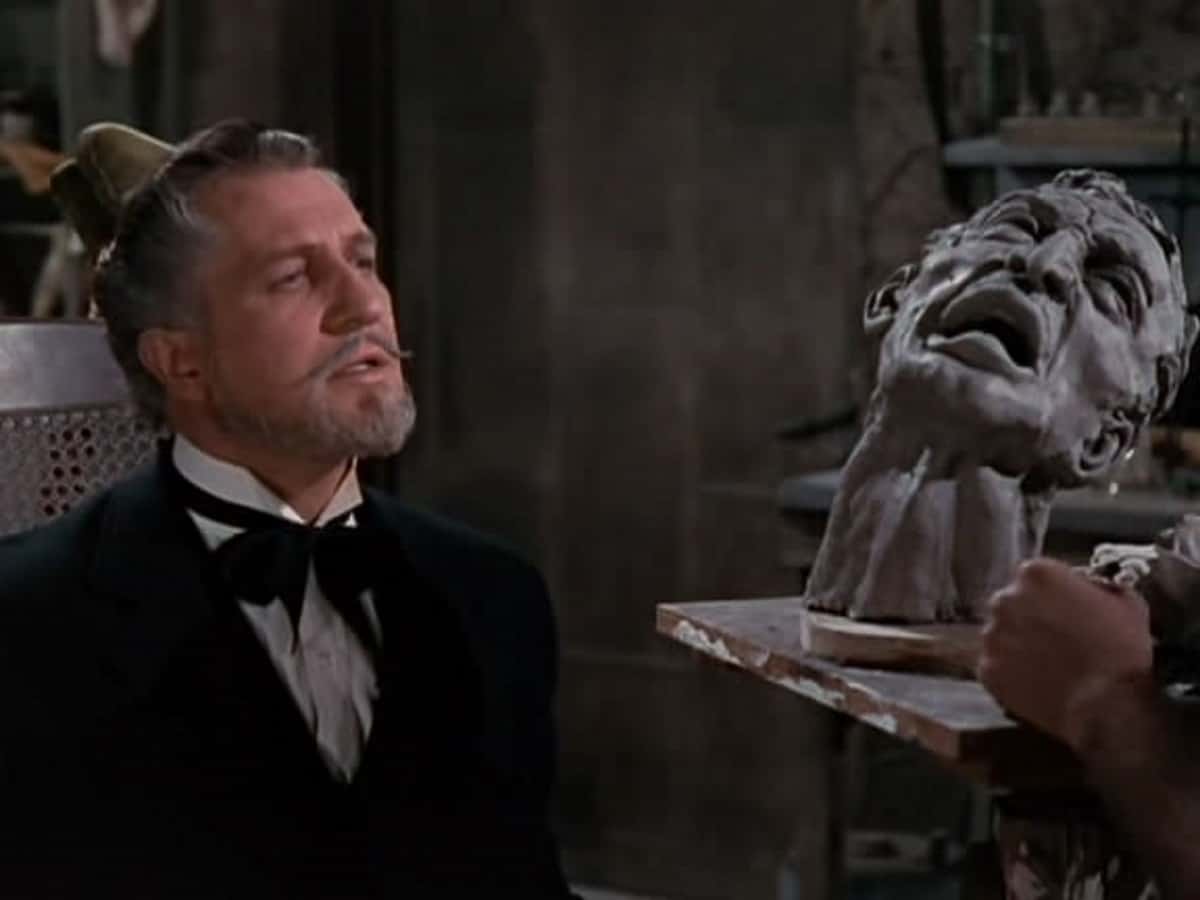 This marked “The Golden Age of 3-D” with studios releasing a total of 50 films to feature this effect. It Came From Outer Space, (1953) the first Universal film with the process, featured aliens and its own shocking effects.  RKO would release Second Chance in 3-D with an astounding sequence filmed at the end. The trailer would proclaim to the audience, “Danger was never so real!” as its stars, Robert Mitchum and Jack Palance fought on a dangling cable-car. For some comparison, a similar scene would be filmed for the 1979 Bond film, Moonraker.