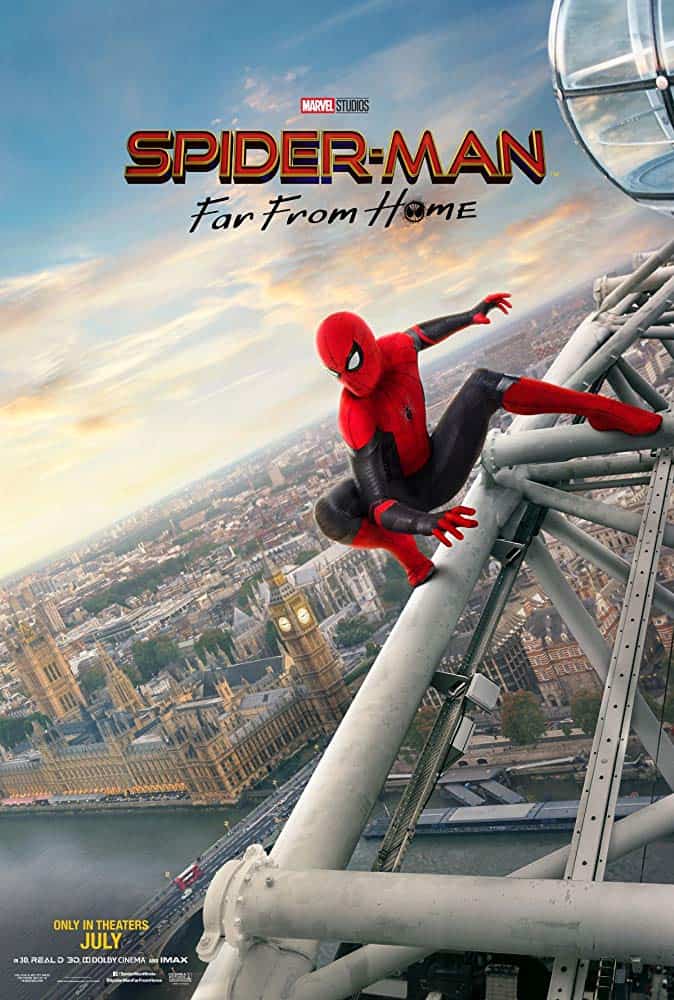 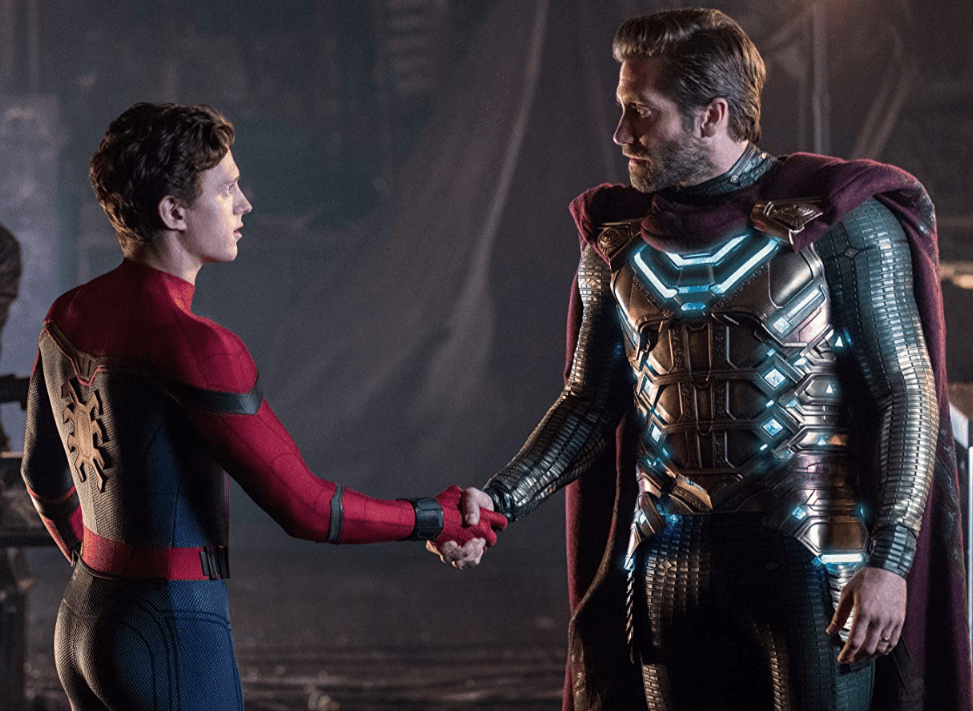 Spider-Man: Far From Home is the latest of Marvel’s Spider-Man movies. Mysterio swoops in as the next big superhero, but is he who he says he is?

This time, we see Peter on a school trip to Europe with his cast of classmates that, luckily, weren’t dusted by Thanos and so are still the same age as Peter. The movie does reference the 5-year jump that occurred between Avengers: Infinity War and Avengers: Endgame though. There are new characters, comments made, and villain motives all tied to those movies’ events. Actually, quite a bit of Far From Home ties back to Endgame. If you’ve seen the fourth Avengers movie, you know there’s a certain character’s death that resonated with young Peter. (If you haven’t seen Endgame, why not? Go join the millions that have seen it, it’s worth it). Beyond seeing Peter’s mourning, we also find that many people want to fill the void left by that death. Some think Peter will step up. Others, including this film’s villain, Mysterio, want to step into that place themselves. 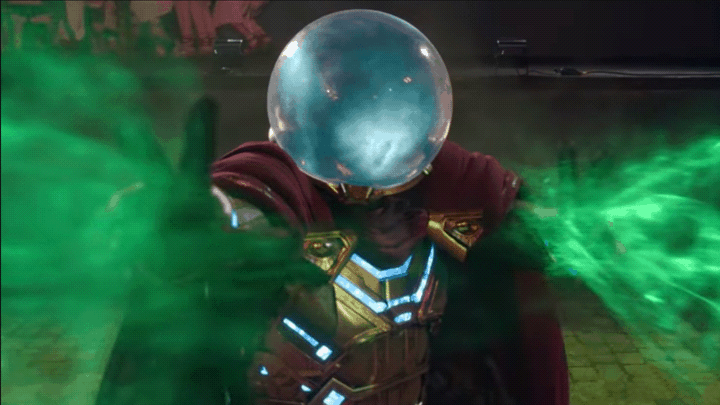 Mysterio, in the comics, is an illusionist. Nothing is ever quite what it seems. This newest Spider-Man movie did a great job of recreating Mysterio for the masses by giving him a great back story and motive as well as updating his method of illusions to the point they’re amazing to watch. His motive? Hatred and jealousy of Tony Stark. Think Jim Carrey’s Riddler from Batman Forever but much, much less campy. Mysterio’s method? His illusions in the movie were more like a movie in and of themselves. Mysterio travels around with a production crew and acts as the director to his people, making the illusions. They use costuming, write back stories, and utilize special effects, just like a movie crew. The crew’s special effects are done by drones. Lots and lots of drones. The trouble is that the drones aren’t just for show, they are also quite deadly.

Through these illusions, Mysterio tricks none other than Nick Fury into thinking he’s the next big thing in superheroing. Fury then wrangles Peter, while on his class trip, to help Mysterio. Remember, with Mysterio, nothing is as it seems. He wants Peter there, it’s all part of the plan.

When everything finally becomes clear to Peter, he of course goes after Mysterio. This is where Far From Home really shines. Spider-Man’s fights with Mysterio in the comics have always been trippy because it’s hard for Peter to know what’s real and what isn’t. This movie brings that trippiness to life very well. Peter’s first major battle is fantastic. The audience sees Peter falling in and out of illusion after illusion. He’s confused, and so’s the audience! However, the scene is extremely exciting to watch. 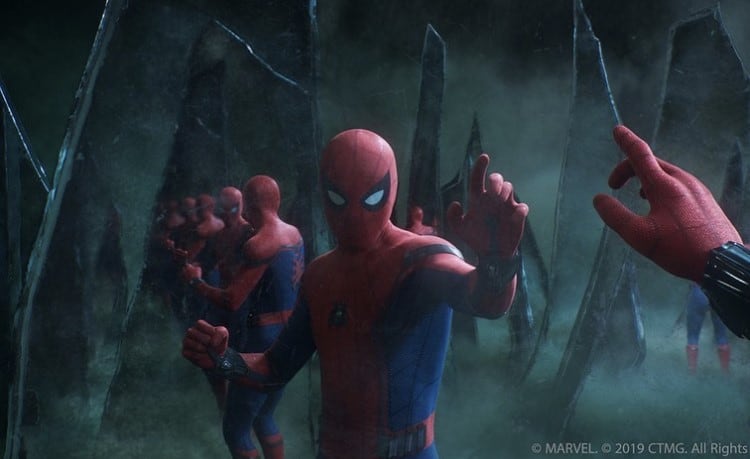 Be sure to stick around after the final battle. As with most Marvel movies, there are after credit scenes. With this movie, there are two! However, sometimes these scenes are more like bonus material, character introductions, things that leave questions for the next movies, and the like. The first of the two after credits in this movie, though, is so very integral to the next installment of Spider-Man, it should not be missed!

Far From Home was fun, funny, and action packed. There was never a lull in the excitement. What the movie really has, that often is where superhero movies miss, is a believable villain. Jake Gyllenhaal was great in the role of Mysterio, but the character’s backstory and motive is what really set him above the majority of villains we’ve seen.

The viewer can kind of understand where Mysterio is coming from, his reasons, his goals. He had ideas while working for Stark Industries that Tony refused to listen to. Many of us have experienced that. We veiwers are not all crazy sociopaths, though, and that’s where Mysterio veers left to our right. We understand him, possibly even sympathize with him, but we’d never do the crazy stuff he does. His anger at Tony became hatred. That hatred led to his plotline in this movie where he and his crew are trying to become rich and famous off of fake heroing.

Most notably, the reason Mysterio is so easy to sympathize with is that he’s a nice guy. He immediately enters a role as a big brother type to Peter. Even though he had ulterior motives, he did like Peter, and the interactions seemed genuine. Watching him, you can’t help but like the guy.

As for Tom Holland, he continues to grow on me. He’s quickly become both the best Spider-Man and Peter Parker that we’ve seen. 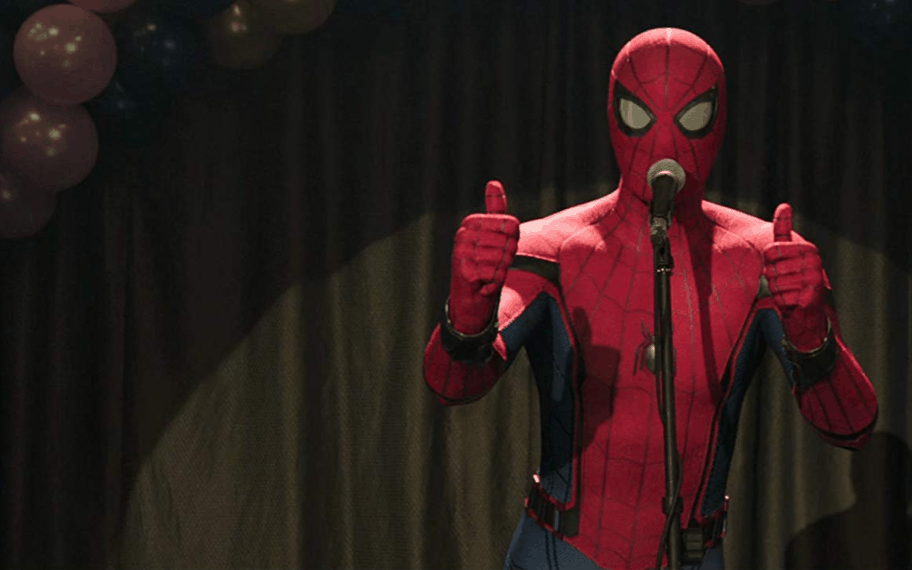 Toby was too broody to be Spider-Man. He made a good Peter because he was dorky, but he was not the best. Garfield was too witty and cool to be Peter. He was great, almost perfect as Spider-Man, but he was never the unsure, nerdy Peter.

With many superheroes, most notably Spider-Man and Batman, the actor needs to prepare for not one, but two roles. They need to be the hero, the way the hero is in the books. They also need to be the person. This need is very important for Spider-Man. Peter is not cocky. He lacks confidence. He’s shy. Once he puts on the mask, though, the anonymity allows for a level of confidence Peter doesn’t normally have. He becomes more confident. He’s strong and courageous. He definitely lets the witty banter start rolling out. His banter is a trademark of the character, so it’s nice to see when it’s done right.

More so than Maguire or Garfield, Holland seems to embody both aspects of Peter and Spider-Man. What’s more, he makes it fun to watch. 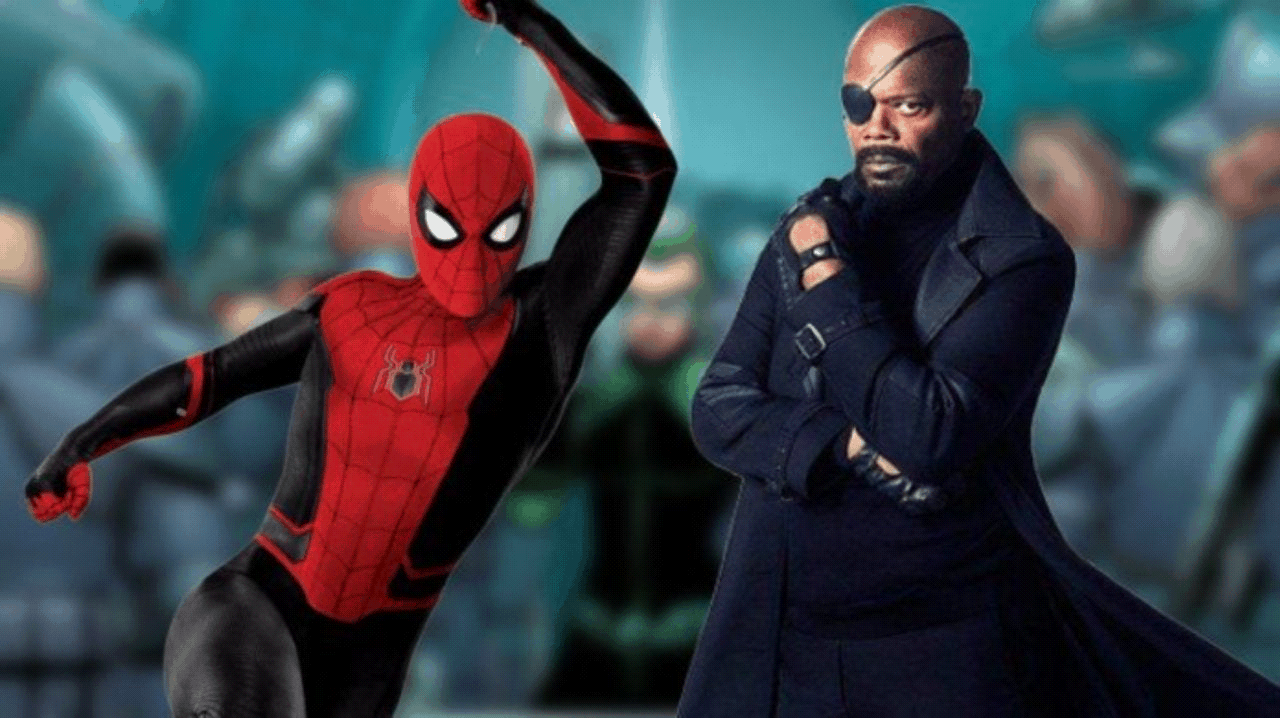 I’d have to say fans of Spider-Man will be happy with this addition to the series. Fairly common amongst Spider-Man fans is the belief that Spider-Man 2 is the best of the Spider-Man movies. Through all the Toby Maguires, the Andrew Garfields, and the Tom Hollands, Spider-Man 2 is still the installment most people call the best. Personally, I think it now has competition.