Spider-Man was thankfully given a reprieve recently in the whole Disney vs Sony negotiations for his future on film and gets to remain a part of the MCU. Personally, I think with the setup and characterization done with Tom Holland thus far as Spider-Man that Sony could have done a decent enough job in a Sony-solo outing for the 3rd Holland Spider-Man movie. However, Marvel’s MCU would likely have suffered. With Iron Man and Captain America out and Thor and Hulk likely not fully returning for another Avengers movie, who does that leave to fill the ranks of the team and the seats of the theaters? Other movies have done quite well in the MCU, but Marvel’s most recognizable characters remain Spider-Man, Hulk, Captain America, Iron Man, Wolverine, Thor, and the collective Fantastic Four. With the X-Men and Fantastic Four not yet integrated into the MCU and the other known characters gone or injured, I think the next Avengers installment may have been hurt from Spider-Man’s absence. Luckily, we now don’t have to find out.

In honor of his return to the MCU, we’re ranking the villains of the Spider-Man movies! 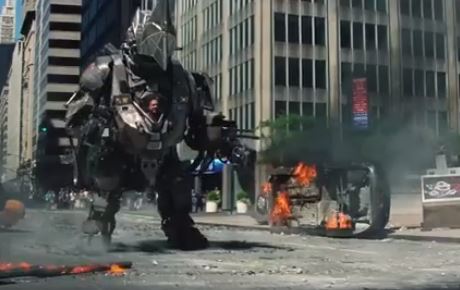 Paul Giamatti may be an Oscar winning actor, but he surely was on an off-day when he agreed to do this role. His horrible Russian accent was only slightly better than the caricature that was his entire Rhino performance. That performance in The Amazing Spider-Man 2 puts him as the worst of the worst Spider-Man film villains we’ve seen so far. There isn’t much else to say about the ridiculous appearance of Rhino except how horrible the mechanical Rhino suit looked. Luckily, it was a glorified cameo, so audiences didn’t have to watch him long.

Normally, Electro is a cool character. However, in The Amazing Spider-Man 2, he was anything but. The origin of Electro in the comics is that he was struck by lightning while working on power lines and gained power over electricity. Naturally, he chose to use his powers for personal gain and evil. The filmmakers chose to ignore this origin. Instead, they went with the cliché of nerdy scientist turned into angry villain. Rather than struck by lightning, Electro was bathed in electricity after falling into a science experiment. Even worse, he was bitten by electric eels while in the vat of chemicals, which was reminiscent of Batman Returns where Catwoman was licked back to life by cats. It was over the top and silly. Unfortunately, Jamie Foxx continued that theme throughout his entire portrayal of Electro. Like Giamatti, Foxx may be an Oscar winner, but you wouldn’t know it from this performance.

Venom is in the top 3 Spider-Man villains of all time in the comics. So, the fact that he’s so low here just shows how poorly he was handled in Spider-Man 3. Topher Grace hammed it up for the camera and used Venom’s fangs to chew scenery. That wasn’t the entire problem, though. The movie tried to squeeze too much into one movie. Sandman. Venom. Harry Osborn as the new Goblin. With all those characters, there were time constraints on what all could feasibly get included. The end result was only Sandman was given much of a story. Thankfully, Venom was given a fairer shake in his own film starring Tom Hardy. 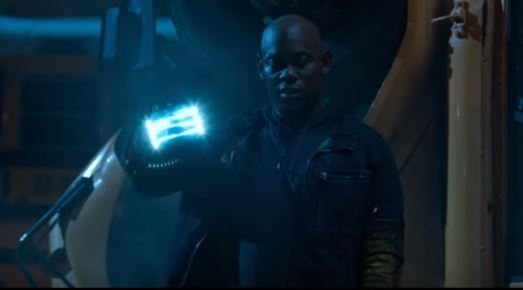 Shocker is a low-level Spider-villain and so was a secondary villain in film, appearing in Spider-Man: Homecoming as second banana to the Vulture. Bokeem Woodbine did a good job as Shocker, only his screen time was limited due to his second banana status.

As with the other Amazing Spider-Man movie, Andrew Garfield was much more interesting than the villain of Amazing Spider-Man part 1. Rhys Ifans did a good job as the Lizard, but he came across as dull. Also, his plan to turn all the citizens of NYC into lizard people seemed a bit over-the-top. Normally, the Lizard of the comics is more out of control and creepy on a “lizard brain” level, he isn’t a megalomaniacal world conqueror.

Harry Osborn took over as Green Goblin for a while in the comics when Norman was presumed dead. In that comic book world, he’s labeled as “Green Goblin 2”. James Franco played his Goblin as a man who felt betrayed by his best friend and a need to avenge the father who always seemed to detest him. Unfortunately, he wasn’t allowed much screen time because of the need to give both Sandman and Venom an origin story. Harry’s Goblin appears again in The Amazing Spider-Man 2, this time played by Dane DeHaan, where we manipulates Electro and orchestrates what would have been the beginning of The Sinister Six if Spider-Man hadn’t been rebooted for the MCU. Audiences also got to see the tragic Gwen Stacy scene from comics come sadly to life on the big screen, thanks to this Goblin. 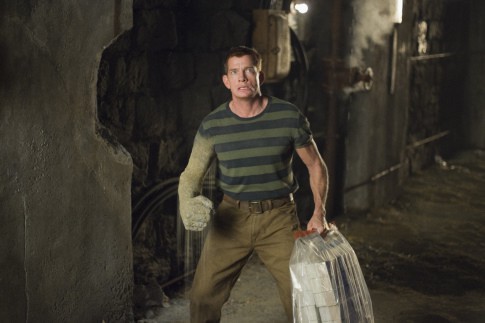 One thing Spider-Man 3 got right was Sandman. Thomas Hayden Church looked perfect for the part, and the movie captured his character of a somewhat decent guy struggling to not do crime but continuing to fall into old patterns. In the comics, Sandman has struggled with the line between good and bad for years, often ending up on the side of good alongside Spider-Man or Silver Sable. So, the fact that the movie did this “imbalancing” act so well was one of the true highlights of the movie. Unfortunately, the movie had so many other issues that Church’s performance is most often overlooked.

Keaton. Really, nothing more needs to be said. Michael Keaton is such a relatable actor, he makes nearly all of his roles likable. His role as the villainous Vulture in Spider-Man: Homecoming is no different. Marvel is often blasted for lack of characterization of its MCU villains, but Keaton’s Vulture is well-acted and well-rounded. His motivations make sense. “The path to hell is paved with good intentions” after all. He started on a decent path that just eroded from under him. At that point, he was too far into the path to turn back, so greed and self-preservation turned him to villainy. It’s a different Vulture from the bald, sinister Vulture of comics. However, for once, the updated movie version of a character proves to be better than the original.

Much like Keaton’s Vulture, Jake Gyllenhaal’s Mysterio is a fully fleshed out three-dimensional character in Spider-Man: Far From Home. Unlike the Vulture, though, Mysterio doesn’t have much good in him. While I think he genuinely liked Peter while pretending to be a big brother type, his end goals were fame, fortune, and power no matter who got in the way. His big production illusions had many people endangered and killed as collateral damage. He cared not even a little. Aside from the character of Mysterio being done so well, who would have thought his schtick as trippy illusionist could be realized on film so perfectly. There are times where Peter has no clue what’s real and what isn’t. Audiences are wonderfully left wondering the same thing. 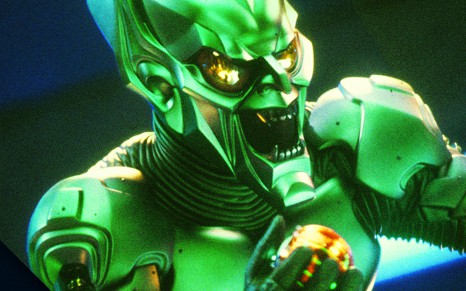 Venom and Doc Ock are close runners up to Green Goblin as Spider-Man’s biggest nemesis, but no one will ever quite beat him. He’s Spider-Man’s number 1. Norman Osborn is evil incarnate. He’s manipulative. He’s power-hungry. He’s insane. Willem Dafoe has always been an interesting character actor, often playing crazy bad guys. Naturally, he killed it as the dichotomous Green Goblin in Spider-Man. The entire movie, as the Goblin serum takes further hold of Norman, Willem portrays the character going further insane. He cackles with evil glee through the whole movie. There’s no better Goblin scene that when he’s talking to himself in the mirror, but the audience sees two different Normans. The real version still seems to have scruples, while the mirror-Norman is full on Goblin and utterly devoid of all morality.

It’s a close call, I think, between Green Goblin and Doctor Octopus as the best Spider-Man movie villain, but Alfred Molina absolutely killed it in the role of Doc Ock. Otto Octavius is as evil and bereft of scruples as Green Goblin, and Molina showed that amazingly. Possibly more than any other Spider-villain, Doc Ock is likely to endanger tons of civilians to get his way. This tendency was perfectly brought to the screen during the iconic train scene. Not only did Molina do flawlessly as Otto, really the whole movie of Spider-Man 2 was perfect. It is still considered the best of all the Spider-Man movies and a superhero film that most others are measured against. Dr. Octopus, as the film’s main villain, was critical to that perfection. Sure, Ock achieved a bit of redemption at the end, but while he was in full villain mode, he was dark, uncaring, and sinister, everything the perfect villain should be.

So, who does that leave? What big Spider-Man villains haven’t made the jump from comics to the big screen? Other than Peter Parker’s infinite supply of lesser villains, the only big ones left are Morbius, Hobgoblin, Chameleon, and most importantly, Kraven the Hunter. Arguably, Kraven and Hobgoblin are the biggest of the unfilmed villains. Additionally, Morbius is getting a solo movie in the Sony Spiderverse a la Venom, so assumably he will not be a villain appearing in a Spider-Man movie anytime soon. Some reports say the same thing for Kraven. However, since he is one of the absolute biggest villains in need of a movie treatment, I think he’s still an option. Specifically, I think the cliffhanger of Spider-Man: Far From Home is leading to Kraven’s entrance. SPOILERS: At the end of the movie, Peter Parker was outed as Spider-Man and labeled a murderer. Naturally, one can assume he’ll be chased down. Hunted. Who better to hunt him than Kraven? This is wishful thinking anyway. Continuing the wishful thinking, we’ll have to hope that, if he shows up in the next movie, Kraven will be handled correctly enough to warrant landing near the top of this list.