Spider-Man No Way Home: A Dynamic Movie About Second Chances 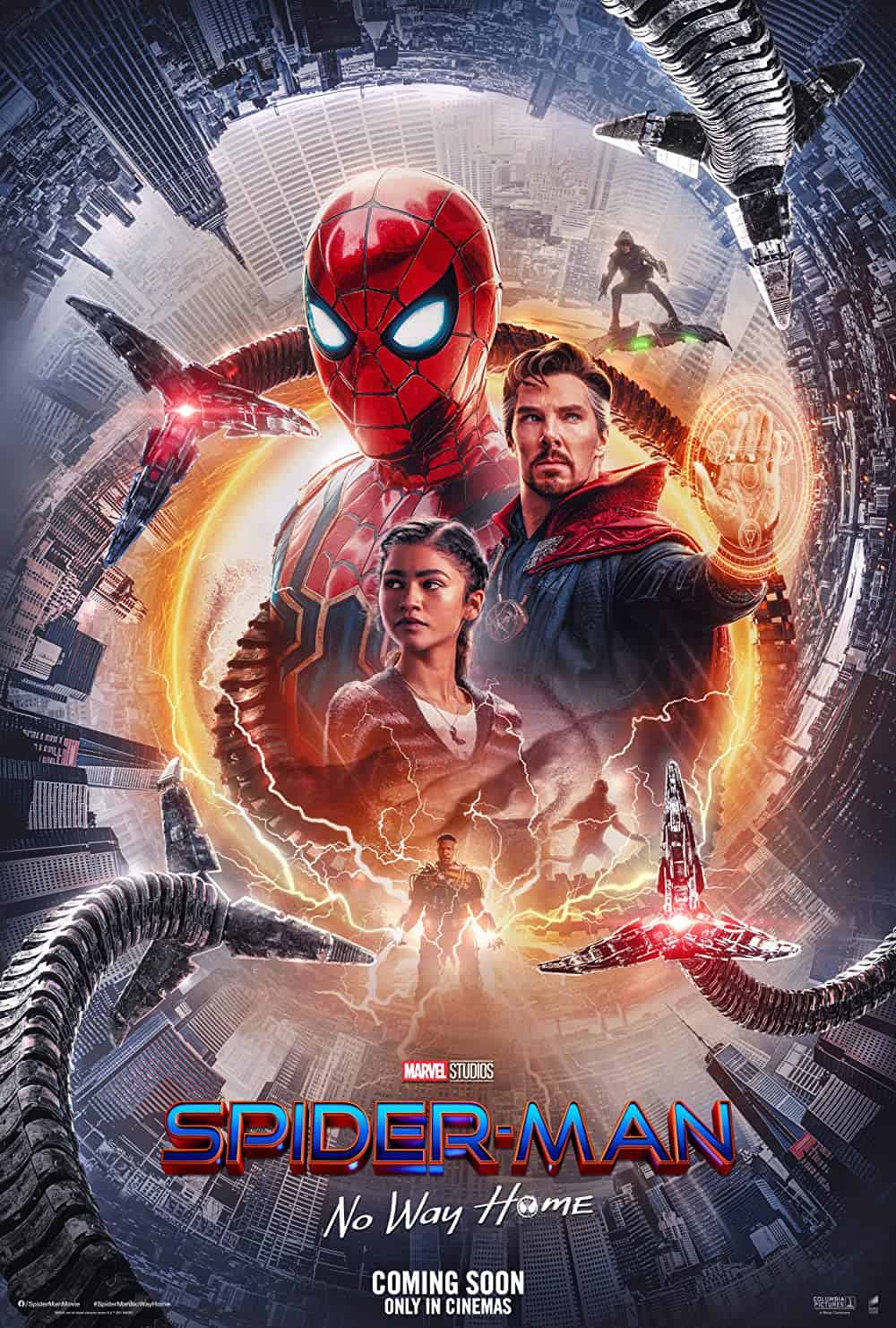 For the first time in the cinematic history of Spider-Man, our friendly neighborhood hero's identity is revealed, bringing his Super Hero responsibilities into conflict with his normal life and putting those he cares about most at risk. When he enlists Doctor Strange’s help to restore his secret, the spell tears a hole in their world, releasing the most powerful villains who’ve ever fought a Spider-Man in any universe. Now, Peter will have to overcome his greatest challenge yet, which will not only forever alter his own future but the future of the Multiverse.

For over a year now, there has been a lot of hype around Spider-Man: No Way Home, especially after seeing the return of villains from the pre-MCU Spider-Man films. And with the hype comes a LOT of speculation: What will it entail? Will it impact the MCU in a significant way? Is it just as good (if not better) than Avengers: Endgame?

I am more of a casual fan of Spider-Man. I enjoy the character a lot, but he’s not always the hero I’ve been drawn to. That said, Raimi and Maguire’s Spider-Man trilogy was the Marvel superhero film I grew up with (it came out when I was in high school), so it has a special meaning for me, even if the character doesn’t.

But I’m here to tell you that the hype is not only worth it, but it also exceeds anything you may have prepared yourself for.

In a film that tries to combine elements of storytelling for multiple, diverse audiences, it can sometimes suffer from either leaning into the nostalgia and older stories at the expense of the new story being told, or disappointing fans from the previous franchise. This movie, however, strikes the right balance between telling a story that exists on its own in the MCU while at the same time incorporating the stories told in the previous pre-MCU Spider-Man films that don’t diminish either. The nostalgia is there, it adds to the previous stories rather than using them as a plot device, and it moves the character development for Tom Holland’s Peter Parker. It’s a movie about second chances, ranging from the second chance Peter Parker is seeking after his identity is revealed to the villains from the other Spider-Man films. Director Jon Watts and writers Chris McKenna and Erik Summers have done a fantastic job of being able to tell multiple stories that don’t spend a lot of time retelling their background but do enough to give newer audiences an understanding of where these characters are coming from. In addition, they were able to develop multiple characters and stories at a balanced rate so that it doesn’t seem like the balances are tipped one way or another in an unjustified way.

And as I mentioned earlier, I am a casual Spider-Man film but grew up with the Maguire and Garfield’s iteration of Peter Parker/Spider-Man. So there is that nostalgic appeal to me with seeing these old characters back on the big screen but never considered myself emotionally involved in those movies at all. Somehow, Spider-Man: No Way Home changed all of that and I unexpectedly got emotional during one scene of the movie, and no other MCU movie or project (with the exception of Hawkeye) has made me cry. This movie will have everything you are expecting and more. There are so many Easter eggs in this movie that it is ridiculous but does not detract from the main story at all. The result of this film also has several implications for the MCU for many different reasons. I won’t go into details here to refrain from spoilers but I will say that even if you are not a die-hard Spider-Man fan and more of a casual fan like myself, you’ll still walk away excited about the future of the MCU and what awaits us.

Whenever I review a movie that is invested in the history of a character or a story that exists outside of itself, I try to keep a critical and open mind to it. I usually ask myself, “Would this movie still be a great film if it stands on its own without prior knowledge of anything related to it?”. But for this movie, it’s nearly impossible to do that and that is because Spider-Man: No Way Home is definitely written for the die-hard and casual fans of all the Spider-Man films, especially those who grew up with the pre-MCU films. It’s definitely a movie for all MCU fans but is also a personal fan appreciation film from Marvel and Sony for those who have been with the Spider-Man films since the Maguire saga. There are many reasons why you should watch this movie, but the good news is, you only need one to enjoy it just as much as any other superhero film. This movie may end up being the gold standard for superhero films.

Spider-Man No Way Home: A Dynamic Movie About Second Chances