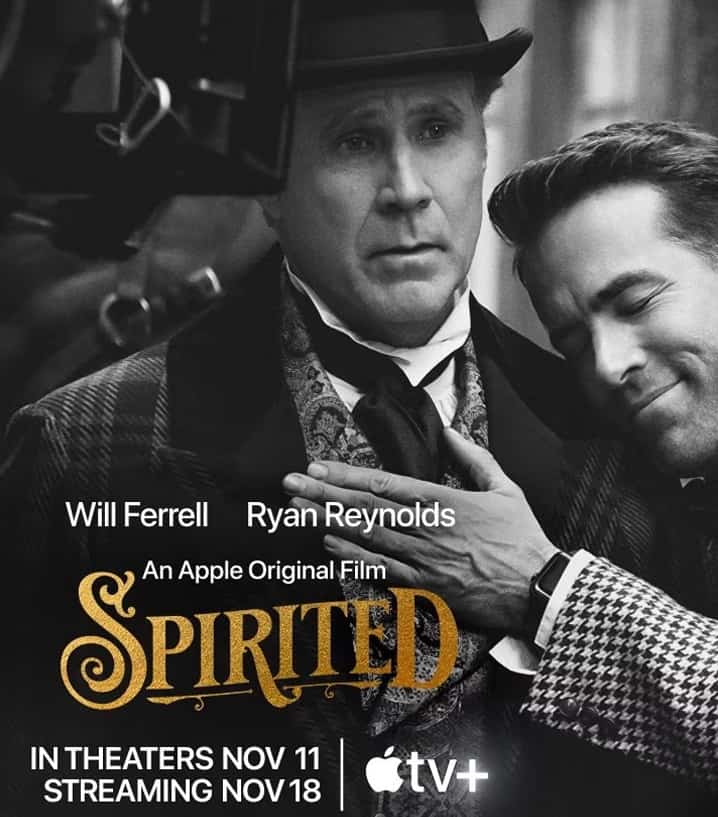 It is almost a Christmas tradition!  Every year we get an adaptation of Charles Dickens 1843 novella, A Christmas Carol.  Some of these are true to the source material and others take the plot and attempt to modernize the story for the current audience.  There have also been several musical versions of the story.  Studios throw together lavish productions using big name stars like George C. Scott, Patrick Stewart, Bill Murray and in the most recent rendition, Will Ferrell and Ryan Reynolds. 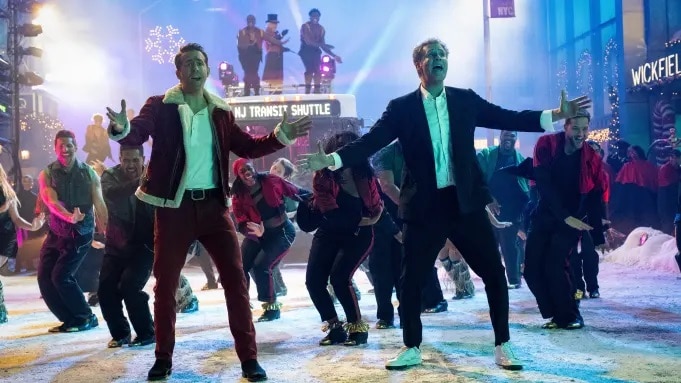 Spirited isn’t just a musical retelling of the classic, but a sequel to it as well.  Taking place in present day, Jacob Marley (Patrick Page) and the ghosts of past (Sunita Mani), present (Will Ferrell), and future (Tracy Morgan / Loren G. Woods) are still visiting Earth every Christmas converting one person each year, hoping that the good of those converted creates ripples of positivity throughout mankind.  But it isn’t just the four spirits doing the work, there is a huge department of the deceased who do all the work behind the scenes using supernatural abilities to recreate the past, present and future scenes pulled from the research they do for an entire year leading up to the big night.  The Ghost of Christmas Present is beginning to doubt that they are making a big enough impact on the world when he comes across Clint Briggs (Ryan Reynolds), a “spin doctor” marketing guru, whose company is known for running smear campaigns to achieve their client’s goals.  Present believes that if this “Unredeemable” person is redeemed, not only would it prove that he, himself, was truly redeemed, but that the ripples they make would have far greater reach. In doing his research, Present gets to know Clint’s assistant, Kimberly (Octavia Spencer) and begins to fall in love.  Can this “Unredeemable” find redemption and can the Ghost of Christmas Present find peace and happiness?  Watch and find out! 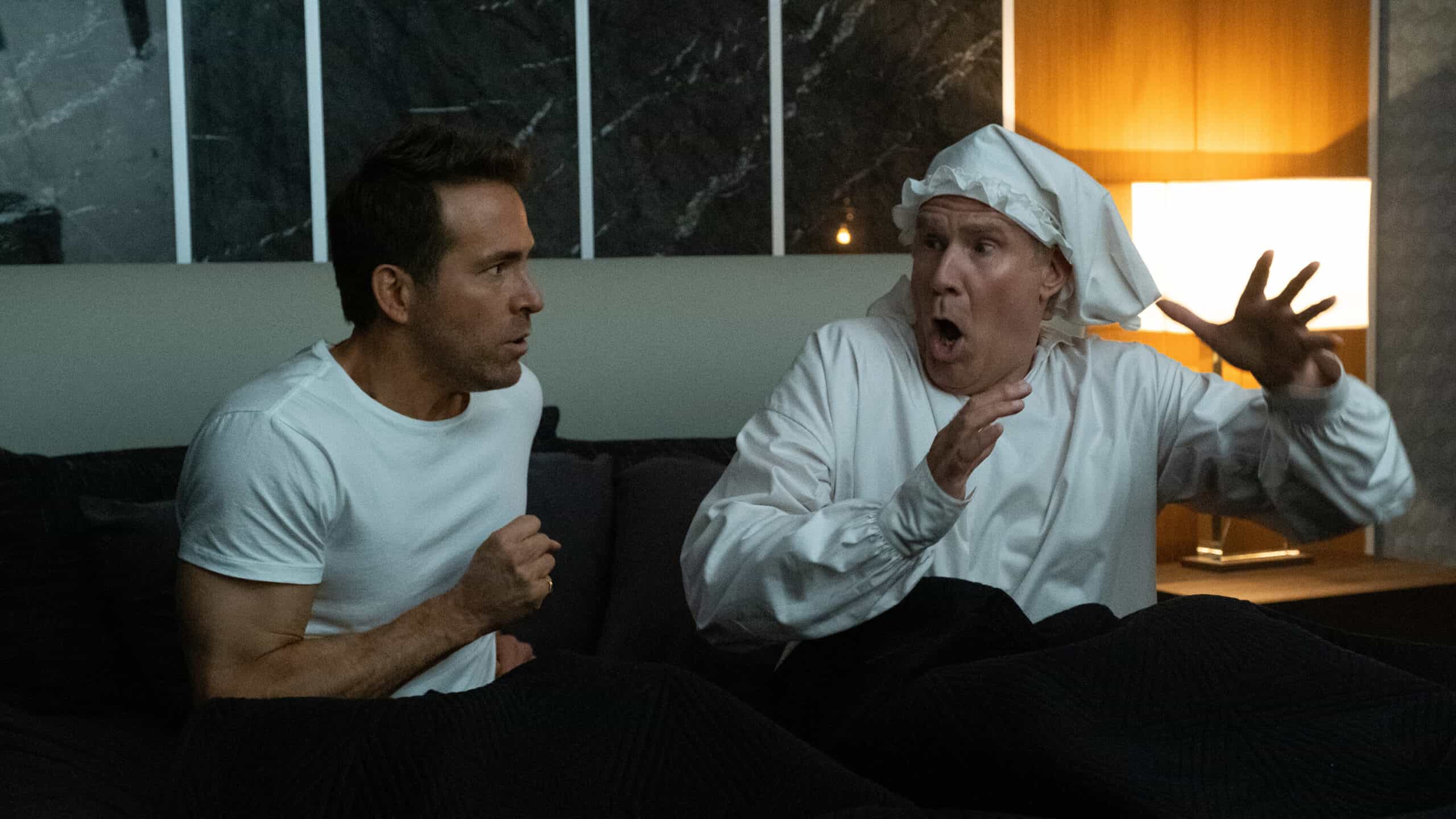 I have been a huge fan of A Christmas Carol since I was a child.  I watch it at least once every Christmas Eve and still get choked up.  I have actually directed a musical production of it for my high school and been a part of several other theatrical adaptations. The music, by Dominic Lewis with songs by Benj Pasek and Justin Paul, are catchy upbeat tunes, but neither Will Farrell or Ryan Reynolds are known for their musical prowess.  They do a passable job, but I don’t think either will be winning a Tony award for best actor in a musical anytime soon.   The production value is very high and the transitions between locations were visually spectacular to the point that there are even a couple jokes about it within the film.  The script is adequate, although some of the modernizations seemed out of place, the plotline is intriguing with an interesting twist, but ultimately predictable. The main theme is also interesting, that maybe redemption isn’t something that can be done in a single night, and that true change is a process that takes effort.  Waking up every day and just trying to make better choices little by little. That being said, I am not a fan of Will Farrell’s acting (from what I have seen in interviews, I think he is a great guy in real life), so I went into this movie with trepidation.  And my reaction is, “It was not as bad as I thought, but it also wasn’t as good as I was hoping”.  My problem with Mr. Farrell and many comedians like him, is he is trying to be funny instead of just being funny, which is a really hard distinction to describe, and when not trying to be funny, he is actually a great actor. But, unfortunately, he is almost always trying too hard to be funny causing his line deliveries to feel disingenuous and forced, making much of the humor of the film fall short, lessening the emotional impact he could have and not allowing me to connect with the character.  In this particular film he wasn’t as bad as in others, but it also doesn’t help that he is playing opposite Ryan Reynolds (I am a fan) who is an expert in how to make a comical character charismatically connectable. Even though Clint is a douche bag “bro” in the film, you end up connecting more with him than with the Ghost of Christmas Present and the redemption at the end, isn’t as nearly as powerful as it could have been.

Overall, I think most people will really enjoy this film, with catchy musical numbers and some funny base humor, I, personally, didn’t “not enjoy” the film, but it also isn’t an adaptation that I will ever watch again.

This movie is streaming on Apple TV+ as well as having a limited theatrical release.