Stars Of The Genre: John Carpenter

John Carpenter is an American film director, producer, actor, screenwriter and composer, best known for his horror and science fiction films of the 1970s, 80s and 90s.  For those of us who grew up on his work, he is the Master of Horror and helped shape what modern horror would look like.  His work is iconic and cult classics.

Carpenter’s first major film was Dark Star (1974), a Sci-fi comedy that he co-wrote with Dan O’Bannon, who would go on to write Alien.  In addition to writing, John also produced, directed and scored the music for the film.   This film caught the eye of George Lucas and was hired to work with the special effects for Star Wars. 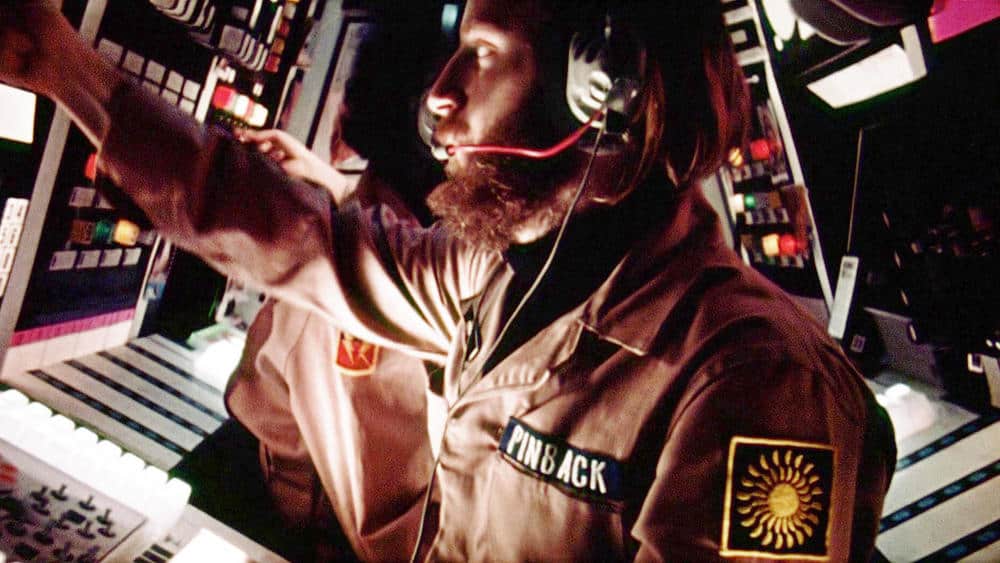 John Carpenter worked on several projects for film and television, usually playing many roles, director, composer, producer, writer all leading up to the film that made him famous, Halloween (1978).  The film starred Jamie Lee Curtis and Donald Pleasance and was co-written by Debra Hill, who he would collaborate with on some of his most successful projects.  The film helped form the shape of the slasher film genre.  Costing a mere $300,000 to make, the film grossed $65 million in its initial release and made Carpenter a household name.  The movie spurned a franchise (for better or for worse) that is still going on today.  Teenage girls are menaced by a serial killer that returns to his home town after being institutionalized after killing his sister years before.  I watch this film at least once during the Halloween season and consider it one of my favorite horror films.  The music mixed with the atmospheric lighting and strong performance from its lead delivers the perfect amount of creepy and startling horror. 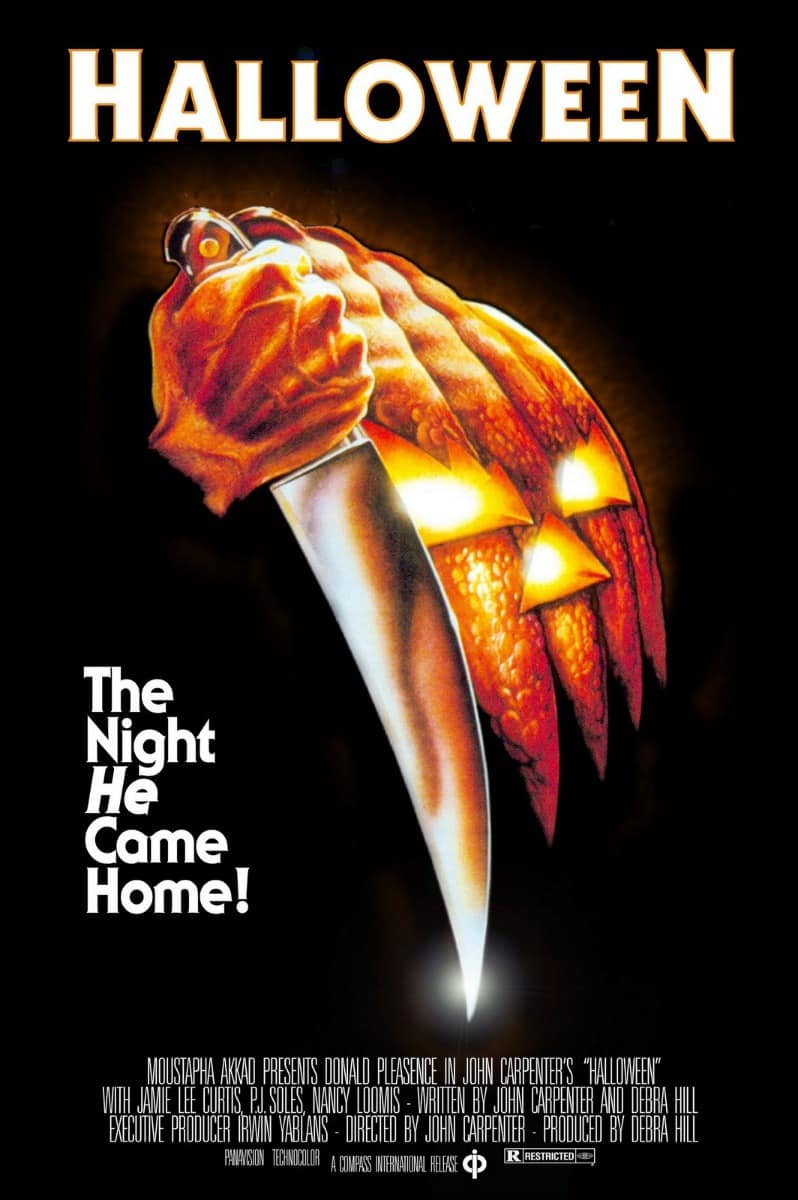 The 80s start out with one of my all-time favorite movies, The Fog.  A more classic ghost story which also starred Jamie Lee Curtis, Tom Atkins and his then wife, Adrienne Barbeau who he married in 1979 (divorced in 1984).  In 1880, a group of townsfolk purposely lure a ship full of lepers onto the rocks off the coast of Antonio Bay, California, killing all on board.  A thick fog assisted in the murderous act.  One hundred years later, the ghost of those onboard, return in an ethereal fog to take their revenge on the descendants of those town leaders.  The film used sound and lighting to create an intensely creepy atmosphere, with very little blood or gore.  The sound of someone having their eyes punctured leaves your mind to fill in the images.  The film was a commercial success, but had its problems.  When the film had completed filming, Carpenter was dissatisfied with the result and filmed additional scenes to attempt to fix a film that did not live up to his standards.  He has stated that The Fog is not one of his favorites, but is a “minor horror classic”. 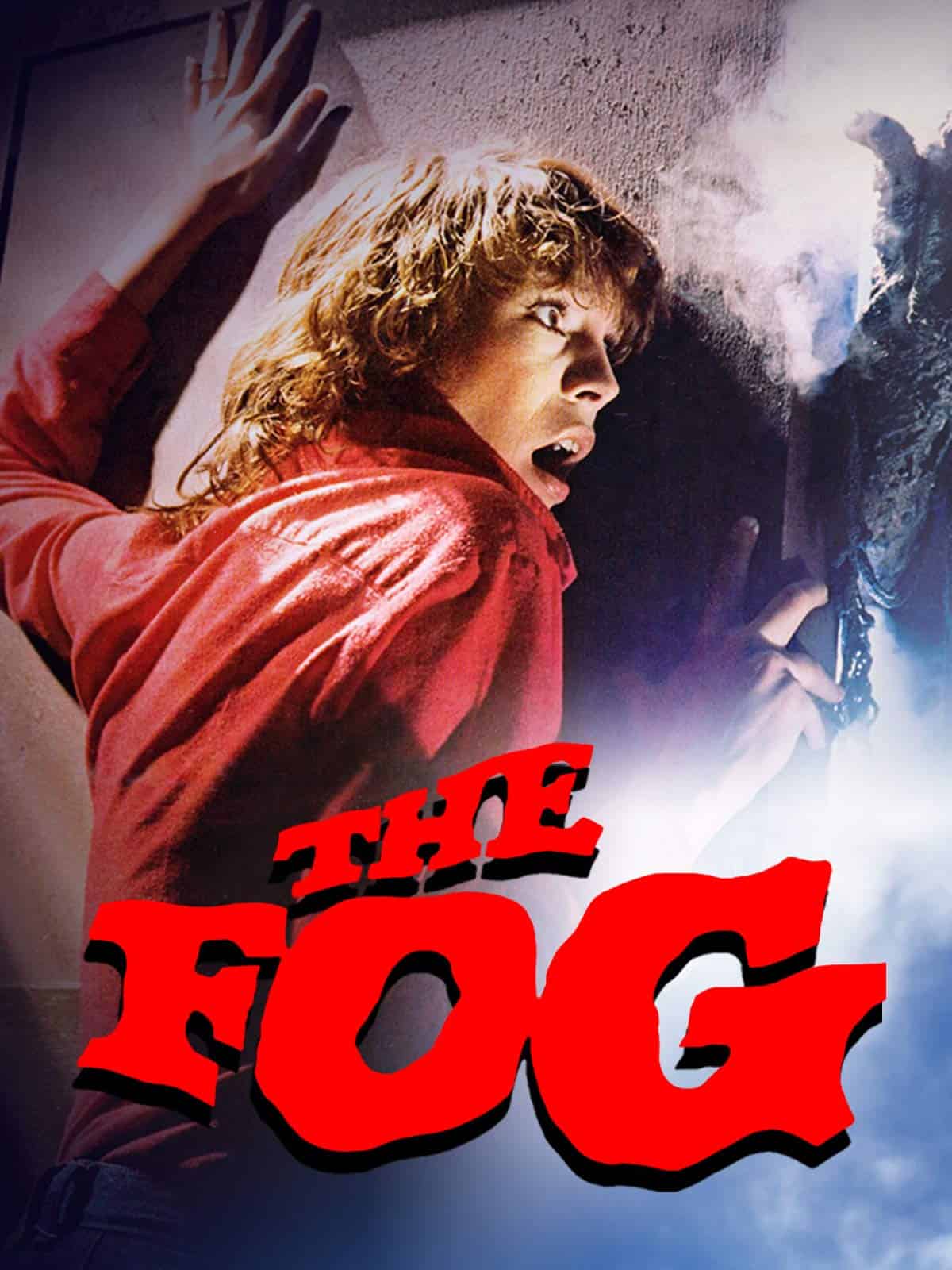 Carpenter liked working with the same actors.  1981’s Escape from New York reunited him with Donald Pleasence, Tom Atkins, Adrienne Barbeau and lead Kurt Russell that he worked with on a television movie called Elvis.  More of a science fiction adventure film taking place in a dystopian future where Manhattan has been turned into a prison, where the prisoners are left to fend for themselves.  Russell plays Snake Plissken, a prisoner who is tasked with rescuing the President of the United States after Airforce One crashes.

In 1982, The Thing, a horror science fiction remake of The Thing from Another World but staying truer to the source material, the novella, Who Goes There? by John W. Campbell, Jr.  A group of American researchers in Antarctica encounter an alien creature that assimilates, then imitates other life forms.  The group becomes paranoid since they don’t know who they can trust.  The film was John Carpenter’s first commercial disappointment, possibly due to the fact that it came out two weeks after E.T. The Extra-Terrestrial, which offered a brighter, more family friendly alien invasion movie.  Again, this is one of my favorite films.  It is well performed and has a cult following. 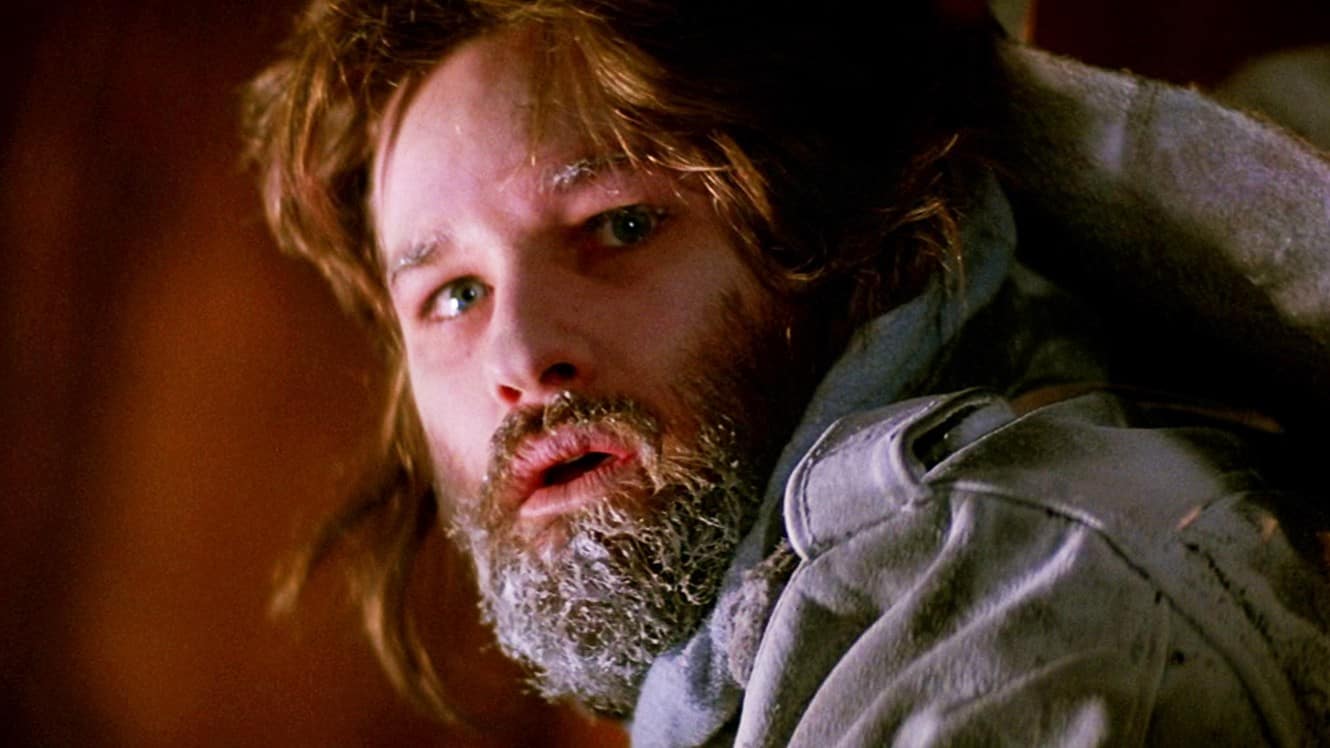 1984 came Starman, a critical success that garnered Oscar and Golden Globe nominations for Jeff Bridges’ lead portrayal of the title character.  This was the last film that was really a critical and financial success, but most of his films developed a cult following.  Big Trouble in Little China (1986) a martial arts action adventure fantasy film, starring Carpenter favorite, Kurt Russell, was a commercial disappointment, but definitely has a cult following.  The movie is just fun to watch with great performances balancing action, adventure and comedy to near perfection. 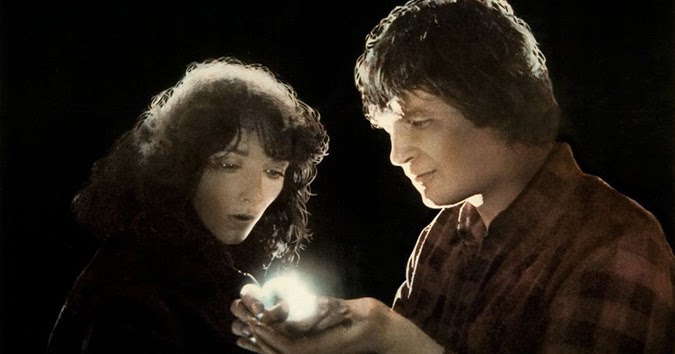 The 1990s and 2000s did not prove any better for Carpenter with several notable failures: Memoirs of an Invisible Man (1992), Village of the Damned (1995), and Escape from L.A. (1996).  The sequel to Halloween, 1998s Halloween H20: 20 Years Later, was suppose to reunite the original cast and crew, but John asked for more money than the producers were willing to pay.  Carpenter rationalized the amount believing that he was never truly compensated for the success of the first two Halloween films. 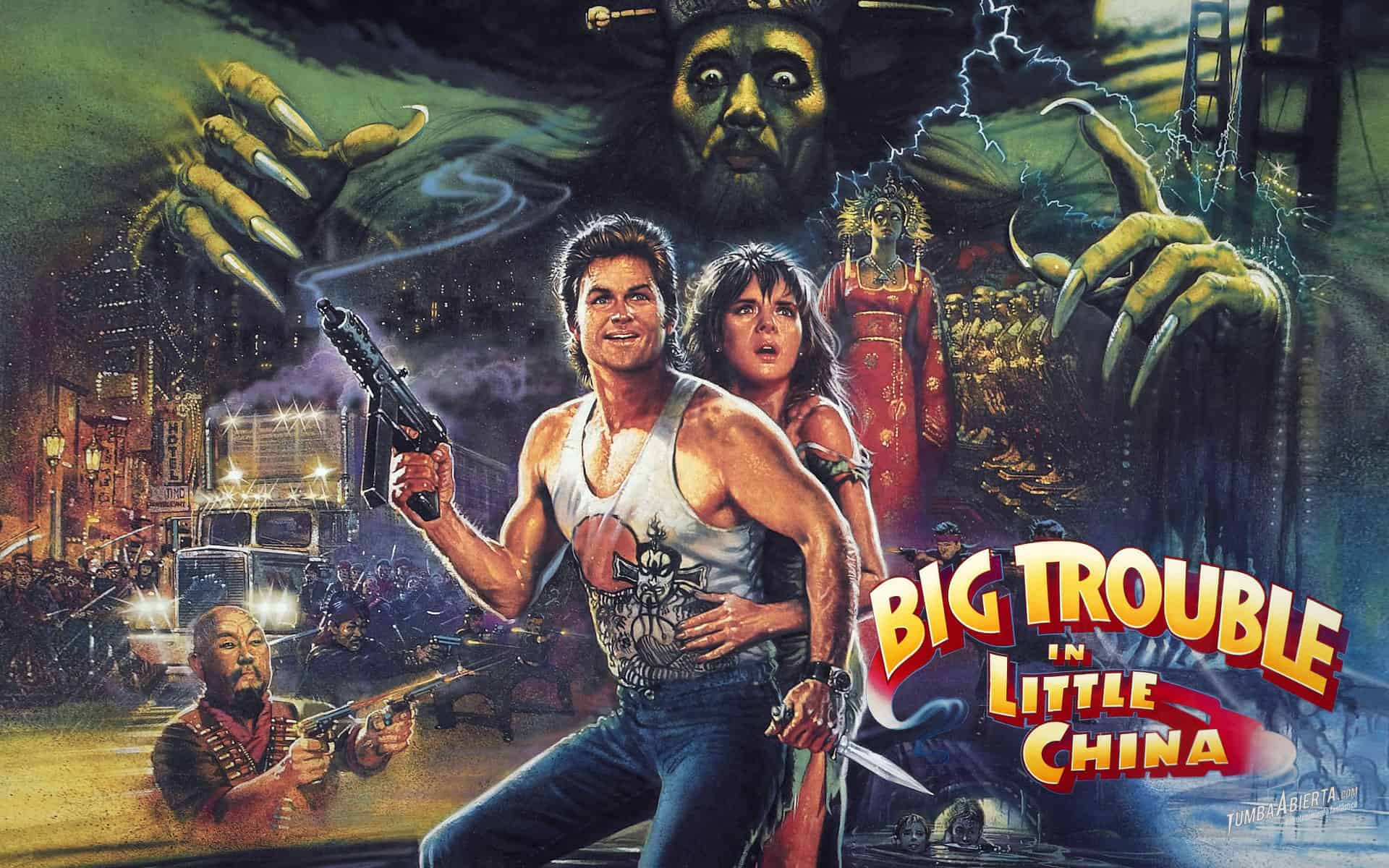 See below for the complete filmography of the legendary John Carpenter’s director credits (The list would be too long to include his writing, composing, acting and producing credits).  For me personally, his films helped shape my love for horror and science fiction.  Halloween, The Fog and The Thing, are in my top 10 all time horror films.  Starman, Big Trouble in Little China, and Escape from New York, are also on the top of my list for best Science Fiction / Action  Films.  With his unique ability to score his own films, allows his use of sound and music to enhance the atmosphere.  As well his beautiful use of light and shadow created movies that are works of art that, at least to me, not only withstands the test of time, but actually far exceeds a lot of what is put out today.  Speaking of which, must of what we consider horror today have John Carpenter to thank for the blueprint for great horror.

1992 Memoirs of an Invisible Man

(College and Self Made Films)

Recommended Viewing: Going To Pieces, The Rise And Fall Of The Slasher Film-Now on Starz.