Stars Of The Genre: The Legendary Vincent Price

There are few voices more iconic than Vincent Price’s. He was and is a legend, and maintains a legacy as one of the greatest horror movie stars. It’s hard to mention horror movies without mentioning Vincent Price. Every single horror movie parody I’ve seen, particularly the older ones, contain a satirized version of his voice. It’s impossible to not have heard it at least once, even if you didn’t know it was him. To kick off “Stars of the Genre” Month, we’re going to discuss one of the biggest horror movie actors, a man who gained two Hollywood Stars of Fame: Vincent Price. 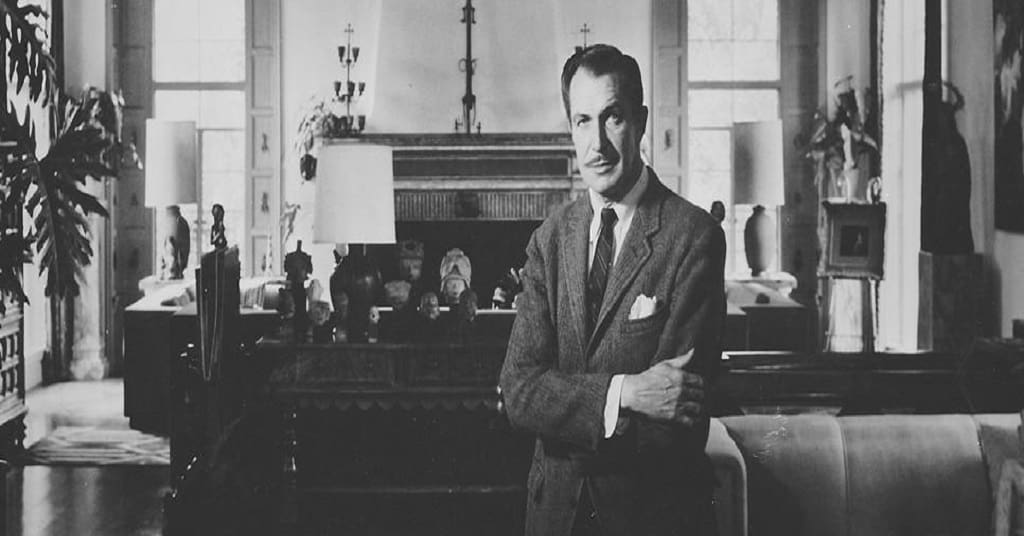 Vincent Price was born into a wealthy family. His father was president of the National Candy Company, and his grandfather invented a popular cream of tartar-based baking powder. Price was able to attend Yale University, where he studied English with a minor in art history and wrote for the humor magazine: The Yale Record. After college he taught for a while before entering the Courtauld Institute of Art, which is where he found acting and theatre. His first major break was in a production of Victoria Regina, a play about Queen Victoria, where he starred as Prince Albert with The “First Lady of American Theatre” Helen Hayes playing Victoria. He named his daughter “Victoria” after the play.

Two years later he made his first film debut in Service de Luxe, a comedy. His first venture into the horror genre was a year later with Tower of London, directed by Boris Karloff, known for Frankenstein. He starred in numerous films in the 1940s, notably the hit film noir Laura, in 1944, directed by Otto Preminger. 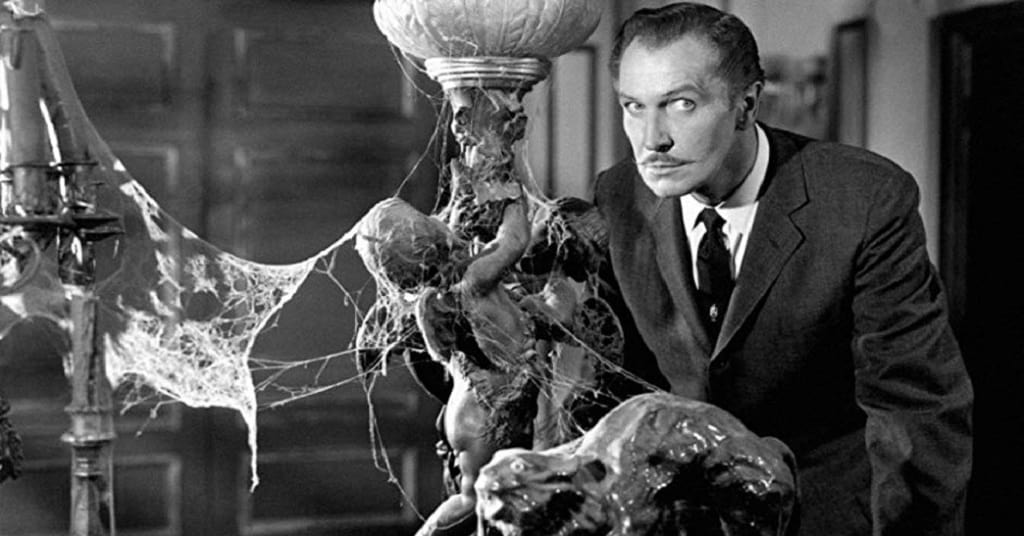 He started gaining major attention in the 1950s, with 1953’s House of Wax which was the first 3D movie in color from a major American studio. He was in one of the most popular horror movies of all time: The Fly, and it’s sequel, Return of the Fly. He also did House on Haunted Hill (1959), which is a campy cult horror movie classic.

Throughout the 1960s he was known for collaborations with Roger Corman to create adaptations of the works of Edgar Allen Poe, including The House of Usher in 1960 and The Raven in 1963. During this time he almost exclusively did horror films, and acted in several a year until the 1970s.

He also acted in television, including as “Egghead” in the Batman series (1966-1968) In his later career he voice acted, including as Vincent Van Ghoul in The Thirteen Ghosts of Scooby Doo. Given the nature of television he acted in only an episode or two of each series, except for in “Thirteen Ghosts” and The Hilarious House of Frankenstein, where he was a regular member of the cast. In 1979 he starred with his wife, Coral Browne, in the television series Time Express about a train that takes passengers back in time to a moment in their life to relive. It was cancelled after airing only 4 episodes.

His last major film performance was in Edward Scissorhands in 1990. His health problems unfortunately forced the producers to cut down shooting time. 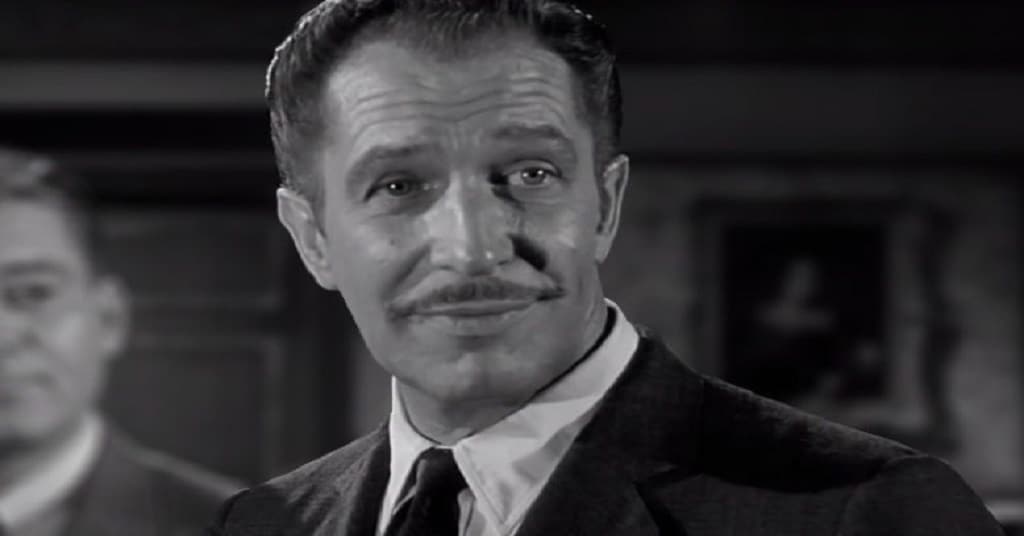 Price was married to three women and had two children. His daughter stated that she thought Price was a homosexual though she didn’t have proof. Besides being an actor he was a chef, who wrote many cook books. He was also an art collector and collected 5 million dollars worth of art.

While his legacy is overwhelmingly positive it’s also necessary to see the other side of the life of Vincent Price as well. For most of his life he was a Democrat and a huge supporter of the Civil Rights Movement, participated in the first campaigns to understand AIDS, and accepted his daughter who was a lesbian. However, when he was younger, he also supported Nazism and Adolph Hitler and expressed anti-semetic beliefs. He also acted in several films playing people of color, despite being white. While this says more about the filmmakers of the time than him it’s still worth mentioning. 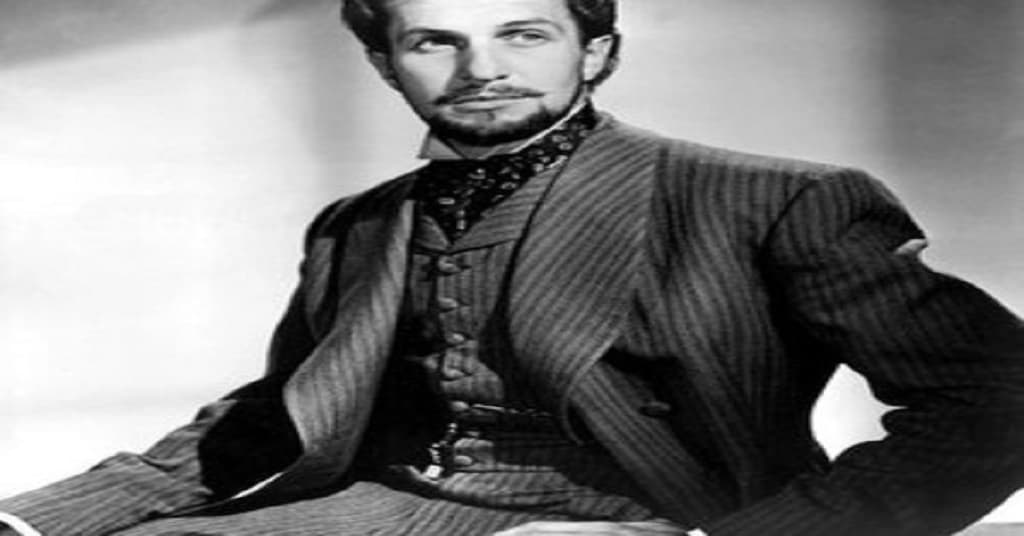 As he got older he did more and more narrations, particularly for horror themed works. He narrated several of Edgar Allen Poe’s short stories and was known to provide the narration for Michael Jackson’s music video for “Thriller”.

In all senses of the word, Vincent Price was an interesting individual with a great talent and passion for the horror genre. For his iconic voice, characters, and razor thin moustache, he will always be remembered.

Stars Of The Genre: The Legendary Vincent Price